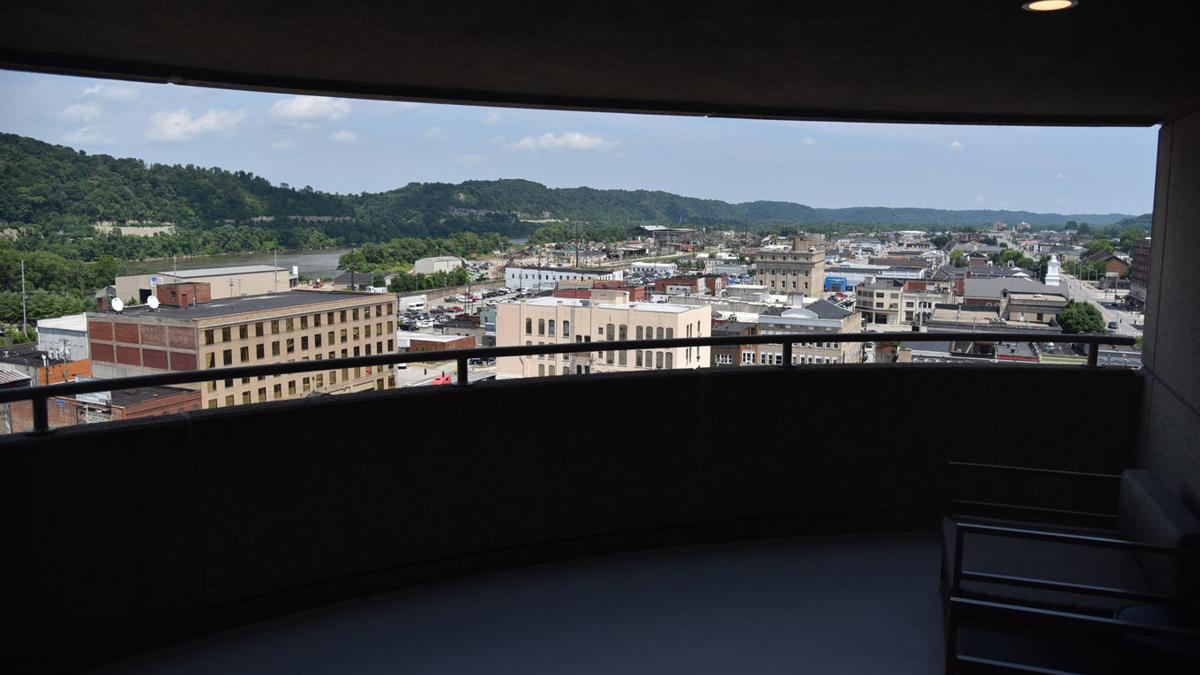 A view of the Ohio River and downtown Ashland from the balcony of a tenth floor hospitality suite in the former Ashland Plaza Hotel now a Delta by Marriott. KEVIN GOLDY | THE DAILY INDEPENDENT 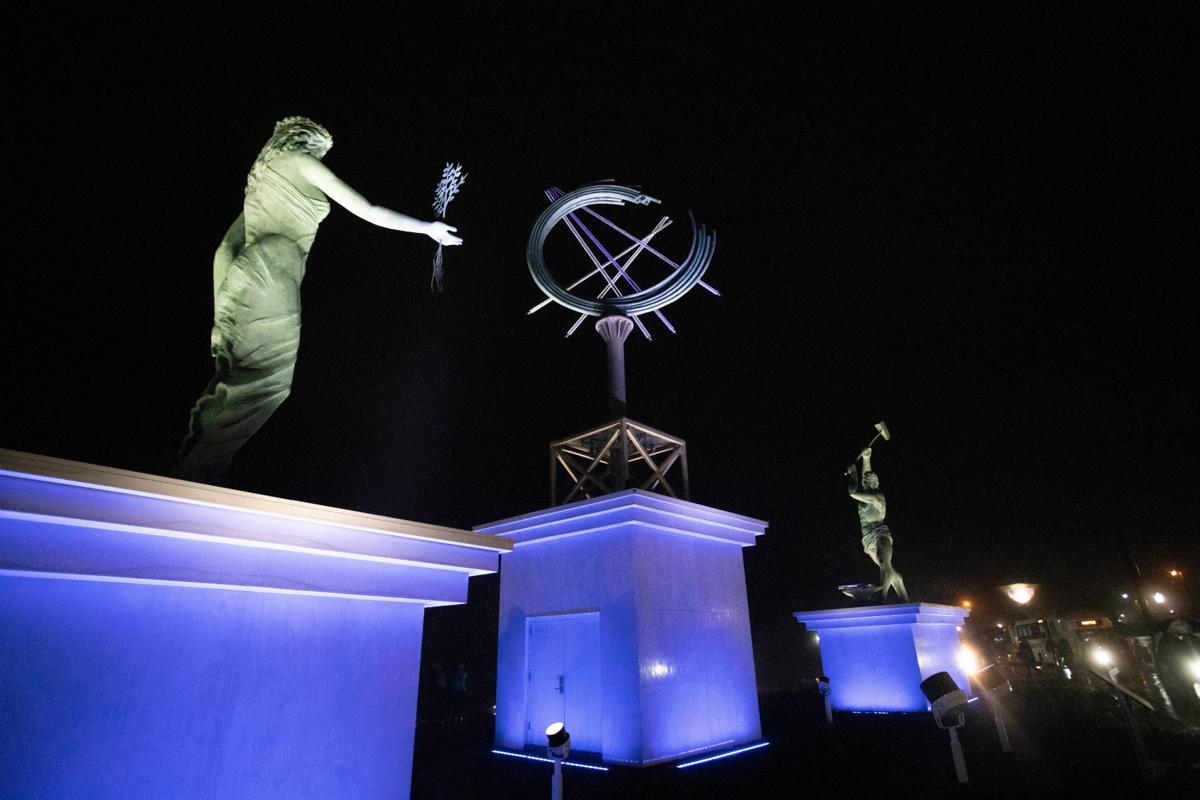 The statues at the Port of Ashland were lit up on Friday for a lighting ceremony. 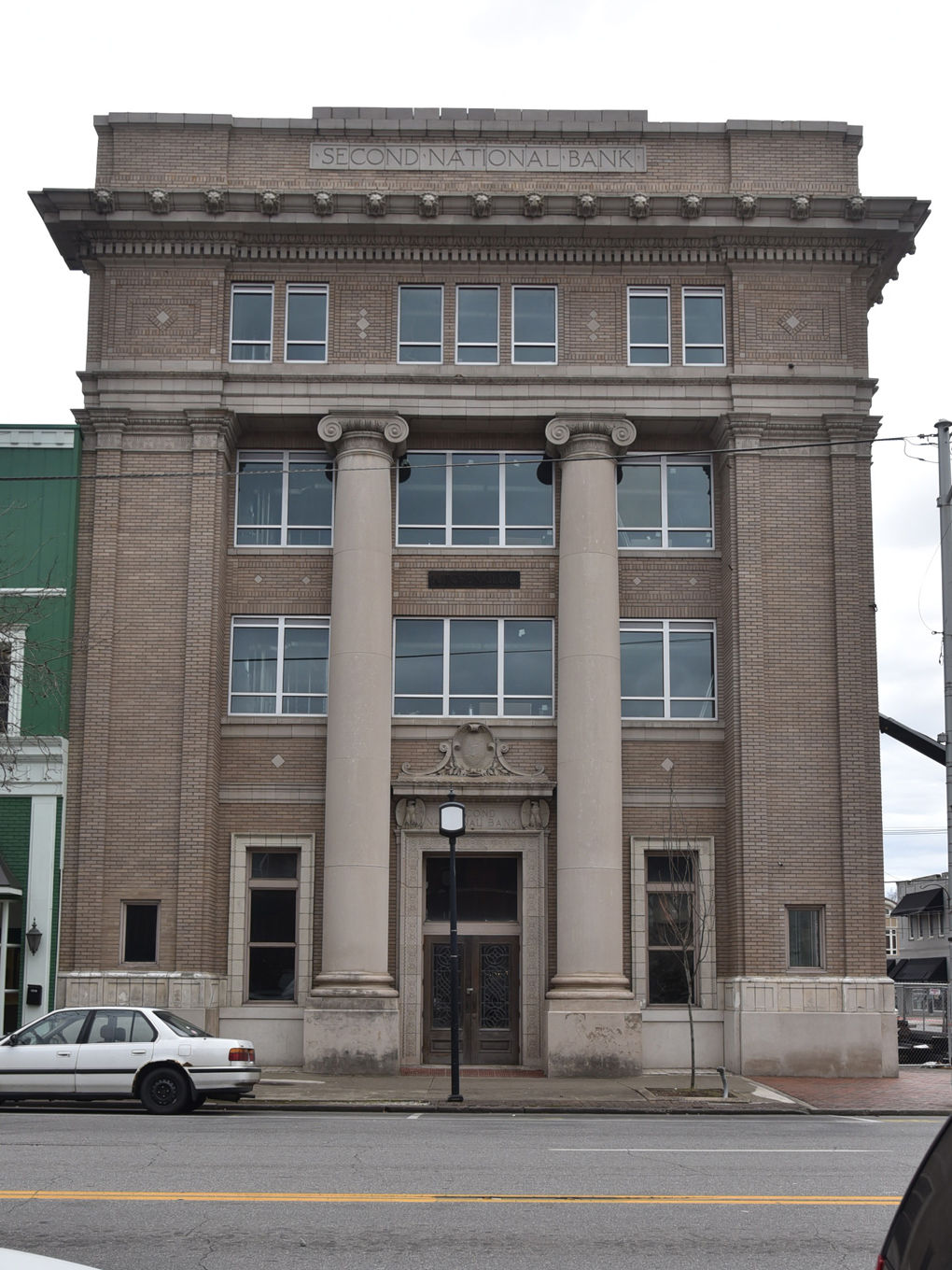 The 1920s-era Second National Bank building at 1506 Winchester Ave. on the corner of 15th Street and Winchester Avenue is also commonly known as the Steckler Building. KEVIN GOLDY | THE DAILY INDEPENDENT

A view of the Ohio River and downtown Ashland from the balcony of a tenth floor hospitality suite in the former Ashland Plaza Hotel now a Delta by Marriott. KEVIN GOLDY | THE DAILY INDEPENDENT

The statues at the Port of Ashland were lit up on Friday for a lighting ceremony.

The 1920s-era Second National Bank building at 1506 Winchester Ave. on the corner of 15th Street and Winchester Avenue is also commonly known as the Steckler Building. KEVIN GOLDY | THE DAILY INDEPENDENT

A strategic communications major at the University of Kentucky, Ashland graduate Myrna Hill stepped out of her comfort zone for her hometown recently.

Hill, 20, noticed a post on the Build Ashland Facebook page regarding HGTV’s upcoming “Home Town Takeover” show, which is scheduled to air in 2021.

The premise of the show: A selected town of 40,000 or fewer people will witness rehabilitation and revitalization in a six-episode series featuring HGTV’s Ben and Erin Napier.

Part of the submitted entry is an essay. Hill penned a 500-word piece that Wes Thompson, a local marketing agency owner, called “amazing.”

“I think it was about the middle of January that I saw someone else had posted about the show, and I was reading through the comments, and one of them was like, oh, Ashland would be great for this. So, I thought, I’ll do it,” Hill said. “I thought it would be awesome to do. I could meet new people in Ashland. I just needed some pictures and some other stuff.”

City commissioner Amanda Clark, Hill, Thompson and My Town TV’s Jeromy Sutherland were among those who played pivotal roles in producing the entry, which also included a near-10-minute video.

Clark reached out to Hill upon noticing her interest in the project. She offered a helping hand.

“I was surprised to hear from her, and I was excited, but also kinda nervous,” Hill said. “I’m a little bit more quiet, but this was a good way for me to get out of my shell.”

In the video, Hill enters the My Town TV studio playing the role of a young, reserved resident of Ashland — it didn’t really require much acting, she said.

“A lot of people who know me and saw the video, they’re like, that’s just how you are!” Hill said with a laugh.

In the video, about a dozen well-known Ashlanders sat around a conference table in the studio discussing ideas about how to attack the project.

Thompson, the owner of Whiskey Tango Creative Group, has experience with Dutch Miller TV commercials and gravitates to comedy. He and Sutherland did most of the behind-the-camera work on what he called a “mockumentary” approach.

“It’s a comedic version of a behind-the-scenes look at the creation of the HGTV submission,” Thompson said. “We intentionally went out of our way to make it different and unique.”

Three Ashland areas are primarily highlighted in the entry: south Ashland, the riverfront and downtown.

Kari Huffman, Faith Fountain and David Miller were the faces and voices for those three areas.

Over the course of three or four weekends, the group of hopeful citizens completed the entry.

“Jeromy and I stayed up until midnight the night before the deadline,” Thompson said. The deadline was Feb. 4.

“Our recording times were quick,” Sutherland said. “We were under a very tight timeline.”

“This was one of the greatest experiences I’ve had so far,” Sutherland said. “The group that came together was just wonderful to work with. It was such a joy.”

Sutherland was encouraged to see Hill, who is in her last semester at UK but wants to return to the area, have such a vested interest in this type of project for her town.

“It is young people like her who are our future,” he said. “Her desire to help her hometown should overshadow all other aspects of the video because, at the end of the day, none of it would have happened without her courage to stand up and stand out, and even her willingness to be the center of the comedy of the video.”

Sutherland said Ashland is “a community full of regular people who work regular jobs — some of us a few jobs — with a desire to see our city grow and prosper.”

The hope is that, through the video and essay, HGTV will see the heart of the Ashland community as well as its potential.