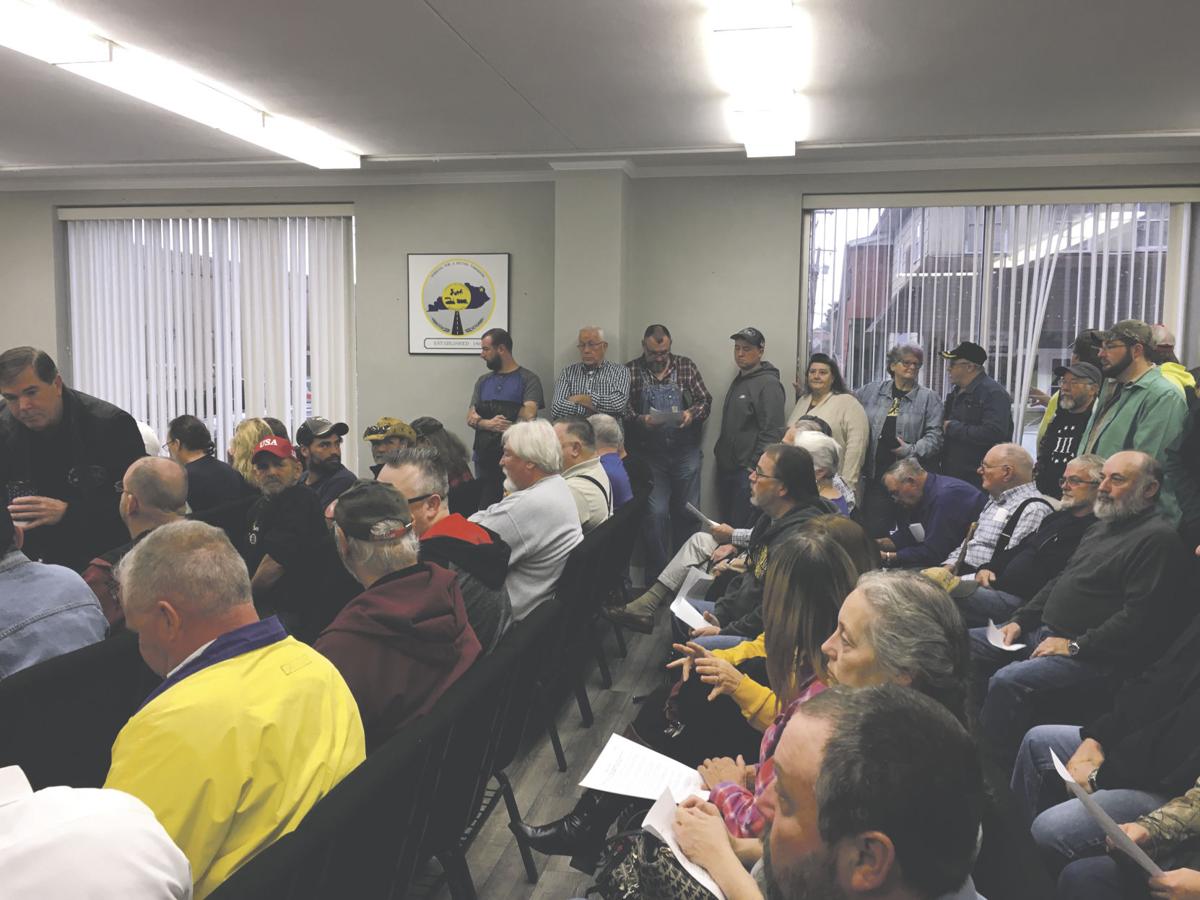 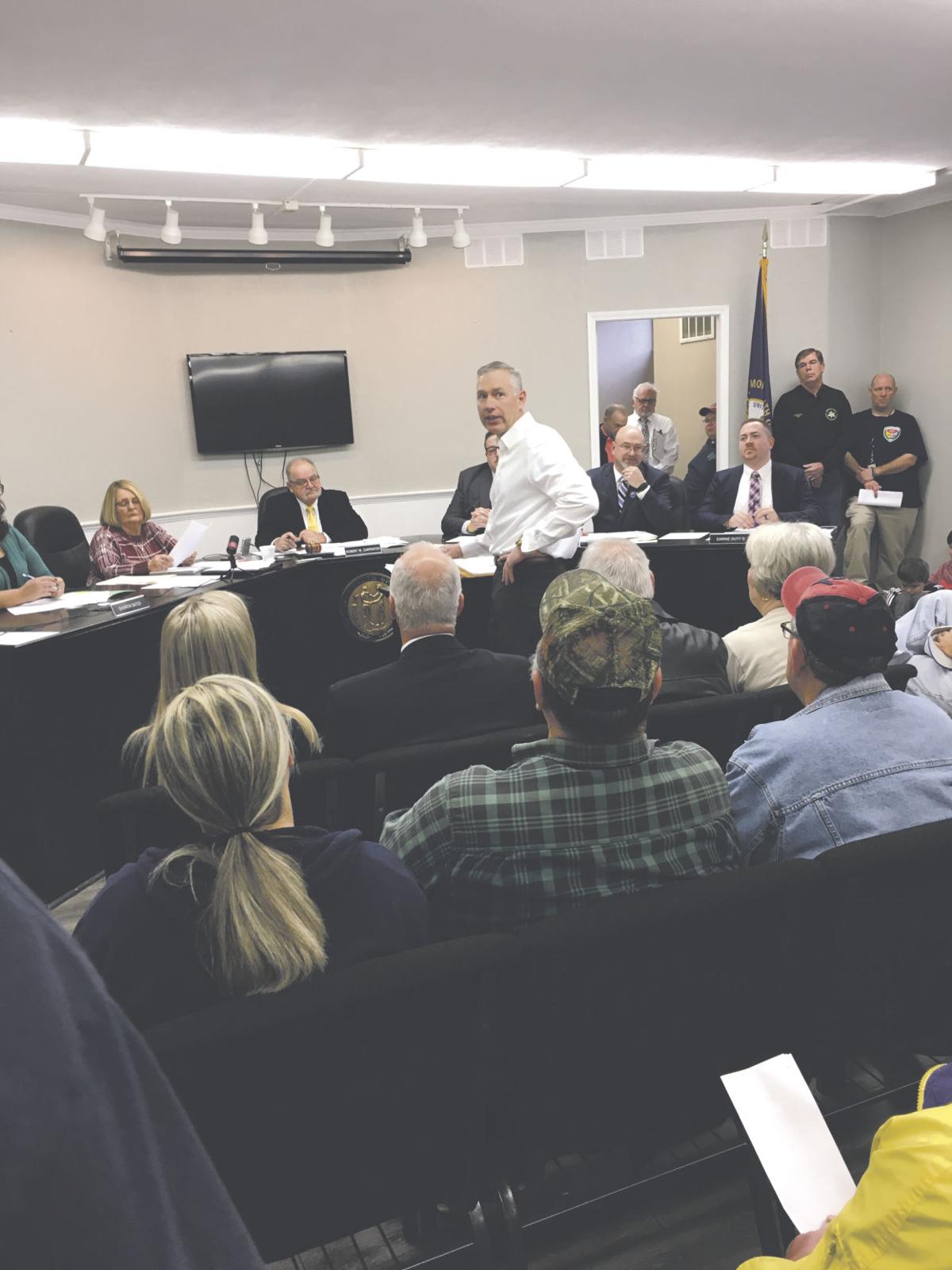 Evan White takes an opportunity to talk during a community comment portion of the Greenup County Fiscal Court meeting on Tuesday. CHARLES ROMANS | THE DAILY INDEPENDENT 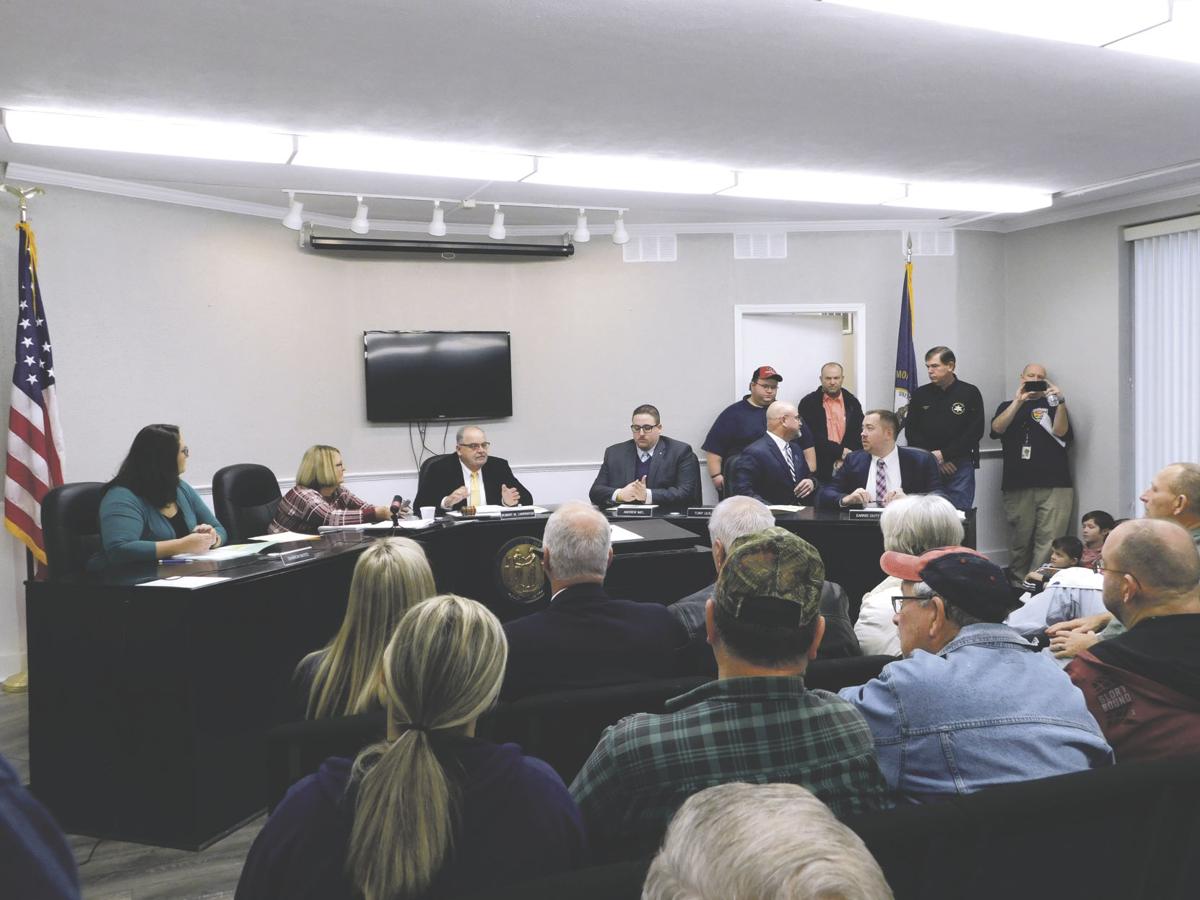 Evan White takes an opportunity to talk during a community comment portion of the Greenup County Fiscal Court meeting on Tuesday. CHARLES ROMANS | THE DAILY INDEPENDENT

GREENUP The Greenup County Fiscal Court passed a resolution on Tuesday, joining the growing list of Kentucky counties passing similar resolutions in support of the Second Amendment to the Constitution of the United States. Proposed gun regulations and gun bans, such as those proposed in the state of Virginia, have sparked the support of such resolutions. Many have voiced the opinion that such proposed gun laws are attacks not only on the Second Amendment, but also on individual freedoms in general.

Greenup County Judge-Executive Robert Carpenter read an abridged version of the resolution before allowing county residents present to voice their opinions before the resolution was voted on.

“I have been here going on 27 years, and I have never seen a turnout like this,” Carpenter said.

Evan White was among the several residents who spoke.

“I just want to ask you, please don’t take the right away from law-abiding citizens. In 1994, our government banned assault weapons until 2004. During that ban, murder rates increased almost 20%. Since 2004, violent crime and murder has fallen to near historic lows,” White said.

The statistics were not all White shared, however. He also shared the story of how his 82-year-old grandmother had been brutally assaulted and nearly killed in her own home.

“She had two young gentlemen break into her home. One of them had a shovel, and he beat her in the face over and over. The only thing that saved her was that her next-door neighbors didn’t have a telephone, so they would come over and use her phone,” White said. “The neighbors came and knocked on the door, and these two gentlemen took off running.”

White said the only way the two were caught was that one of them was a 17-year-old high school student — the one who assaulted the woman with the shovel — and he went to a local bowling alley.

“He went to the local bowling alley, still sprayed with her blood, and was bragging that he had just killed some old lady,” White said. “Thank God those neighbors showed up.” His grandmother, White said, did not have access to a gun.

The injuries were so severe, White said, that when his parents discovered what had happened and rushed to the hospital, they did not recognize her.

White’s discussion at the meeting was met with applause and support. Others shared similar stories, including several retired veterans who had witnessed atrocities committed overseas which they believed could have been prevented by those citizens being able to keep and bear arms.