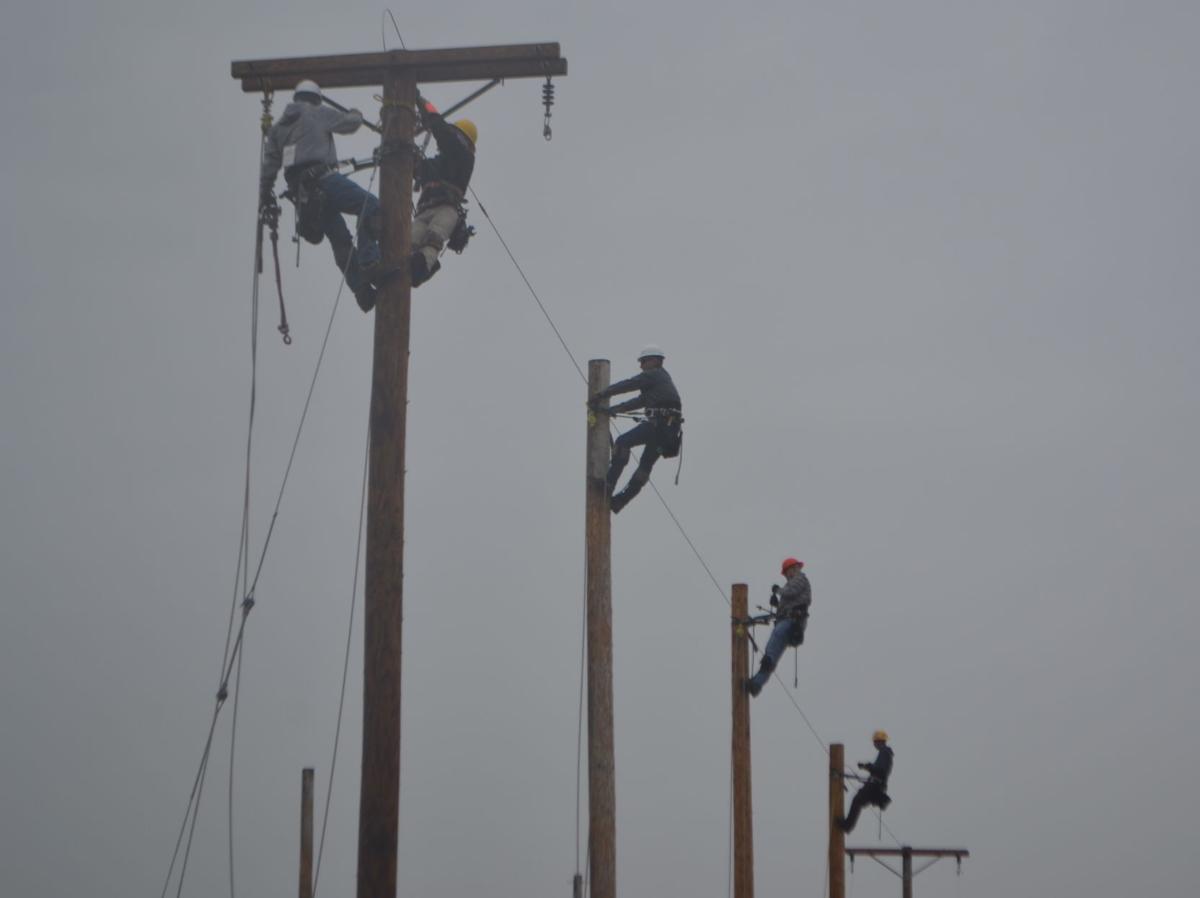 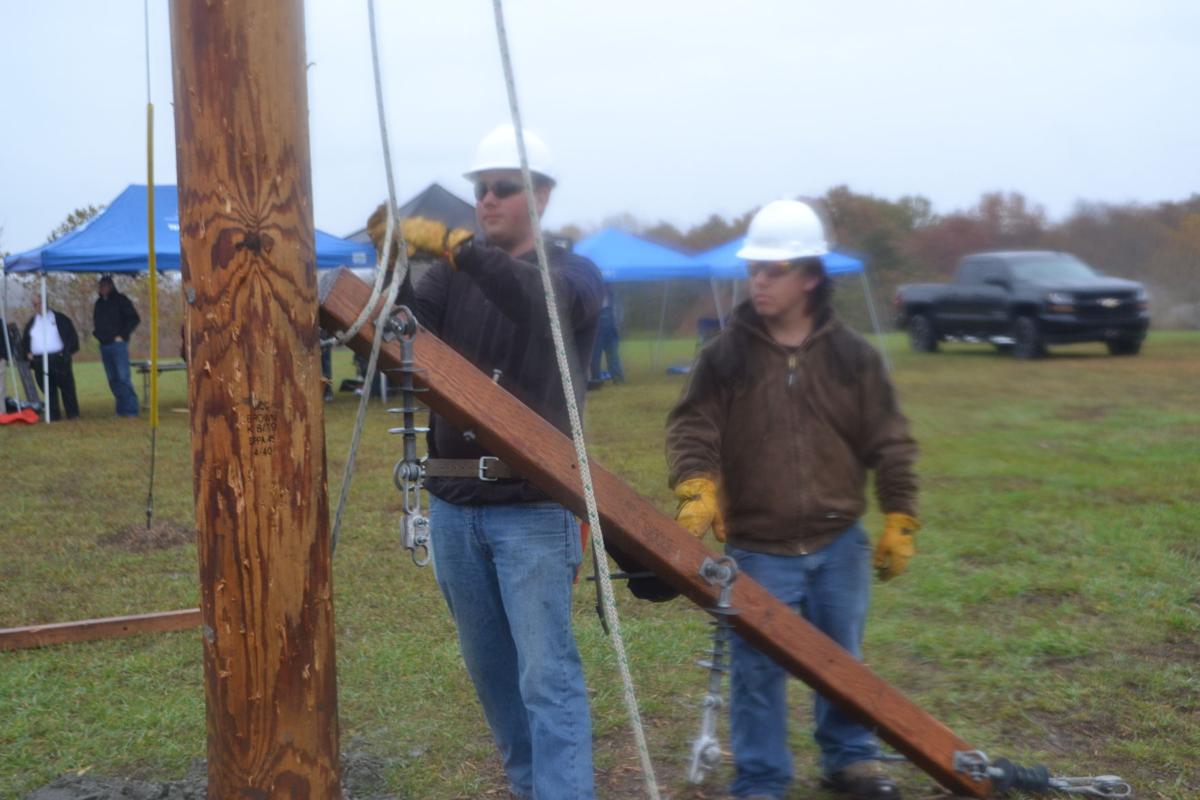 Hunter Branham of Grayson, left, and Shelby Leunissen of Greenup prepare to haul a crossarm aloft. 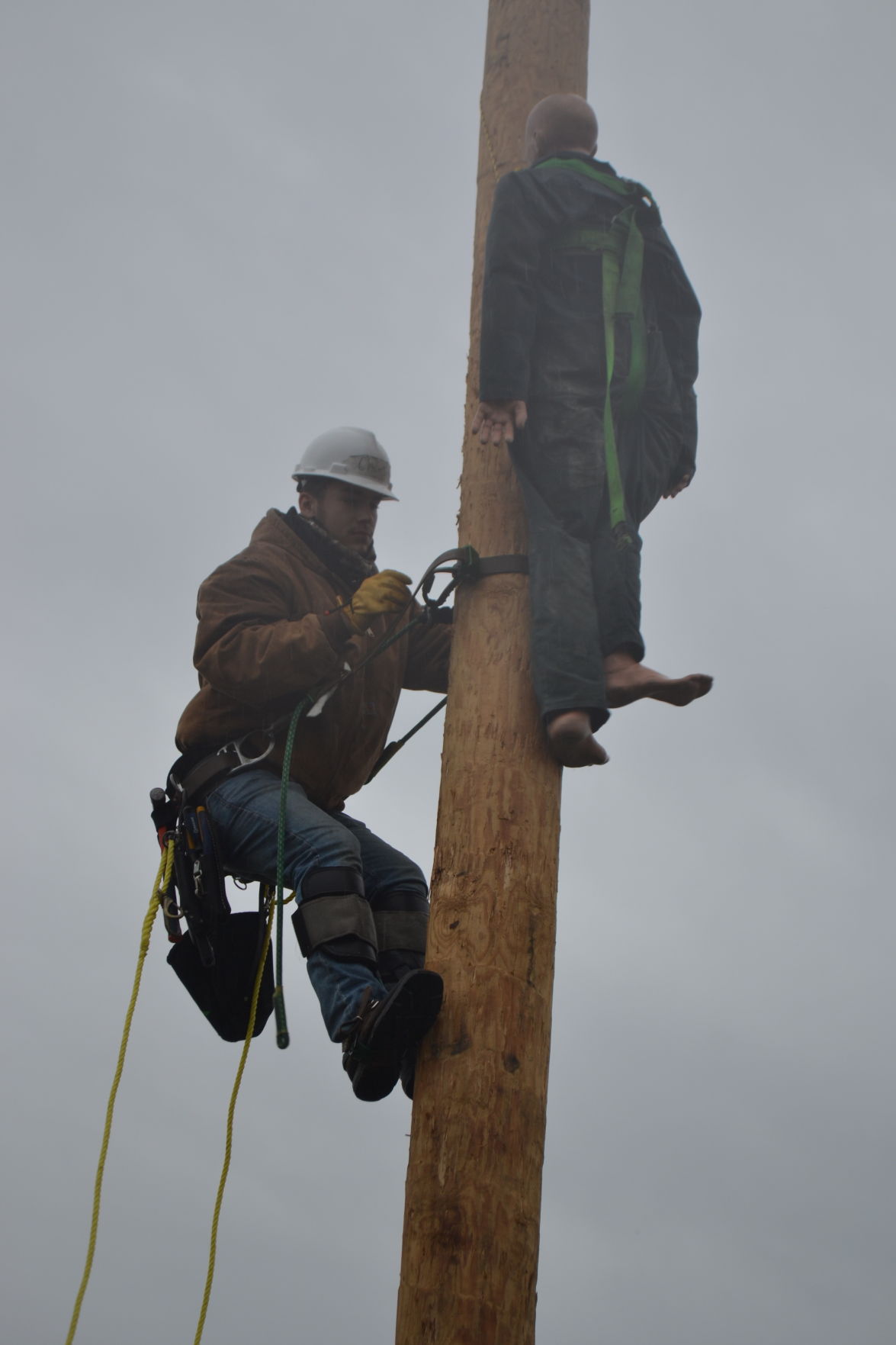 Isaac Chase Cooper of Argillite climbs up to practice a rescue technique.

Hunter Branham of Grayson, left, and Shelby Leunissen of Greenup prepare to haul a crossarm aloft.

Isaac Chase Cooper of Argillite climbs up to practice a rescue technique.

EASTPARK Climbing a utility pole with spikes on your boots is a challenge at the best of times.

Students in Ashland Community and Technical College’s lineman program braved steady rain to make the ascent Thursday, and once at the summit installed structural and electrical components they will be working with when they graduate and get jobs in the industry.

The 13 students were participating in the program’s lineman rodeo, a demonstration of skill both in the physical act of climbing a 40-foot utility pole and handling the electrical wiring that supplies electricity to homes and businesses.

The students started with bare poles, on which they installed crossarms and then strung wires between them, instructor Carl Tolliver said.

They also installed a transformer and practiced rescuing an injured worker suspended from the pole. They used a dummy for that exercise.

Linemen are in high demand in the electric, communications, cable TV and fiberoptics industries, he said. “When these guys get out, they will be capable of getting jobs making $100,000 per year and they will leave school with no student loans,” he said.

“There’s a lot of new infrastructure going in that creates a lot of jobs. Electricity is something that will always be needed,” said assistant instructor Lennis Adkins.