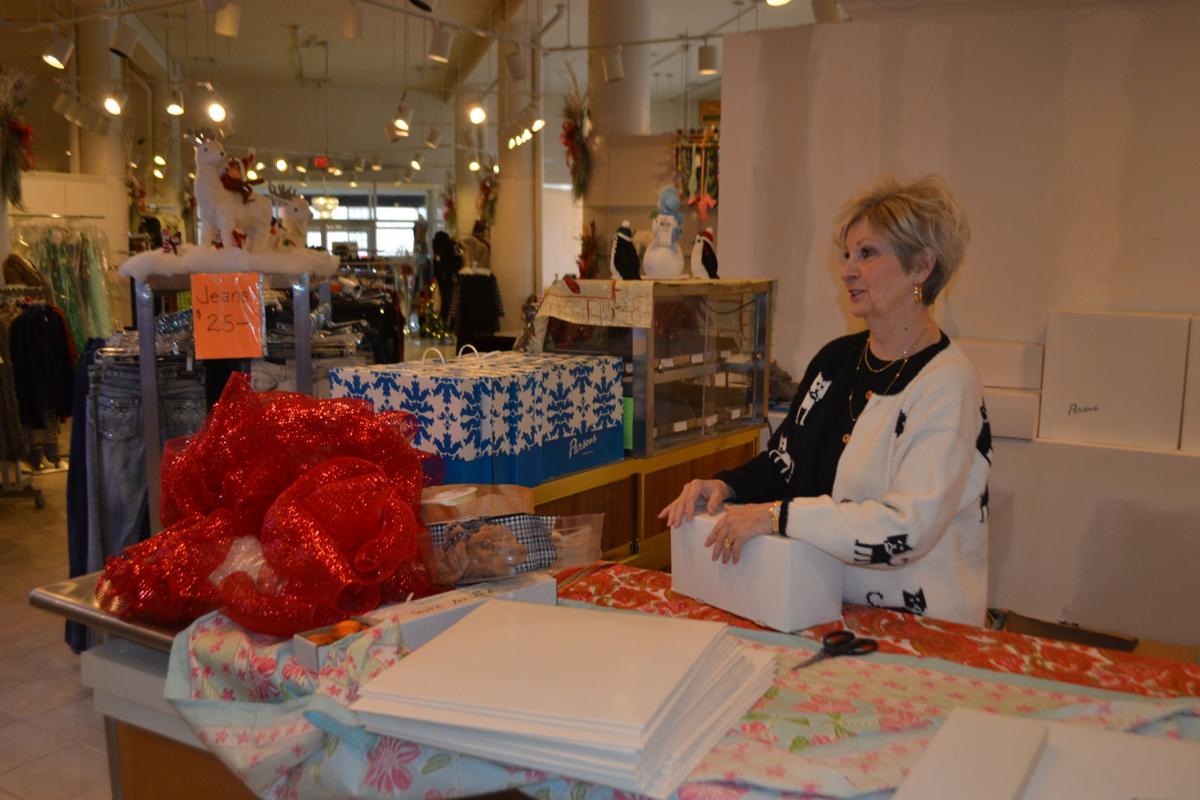 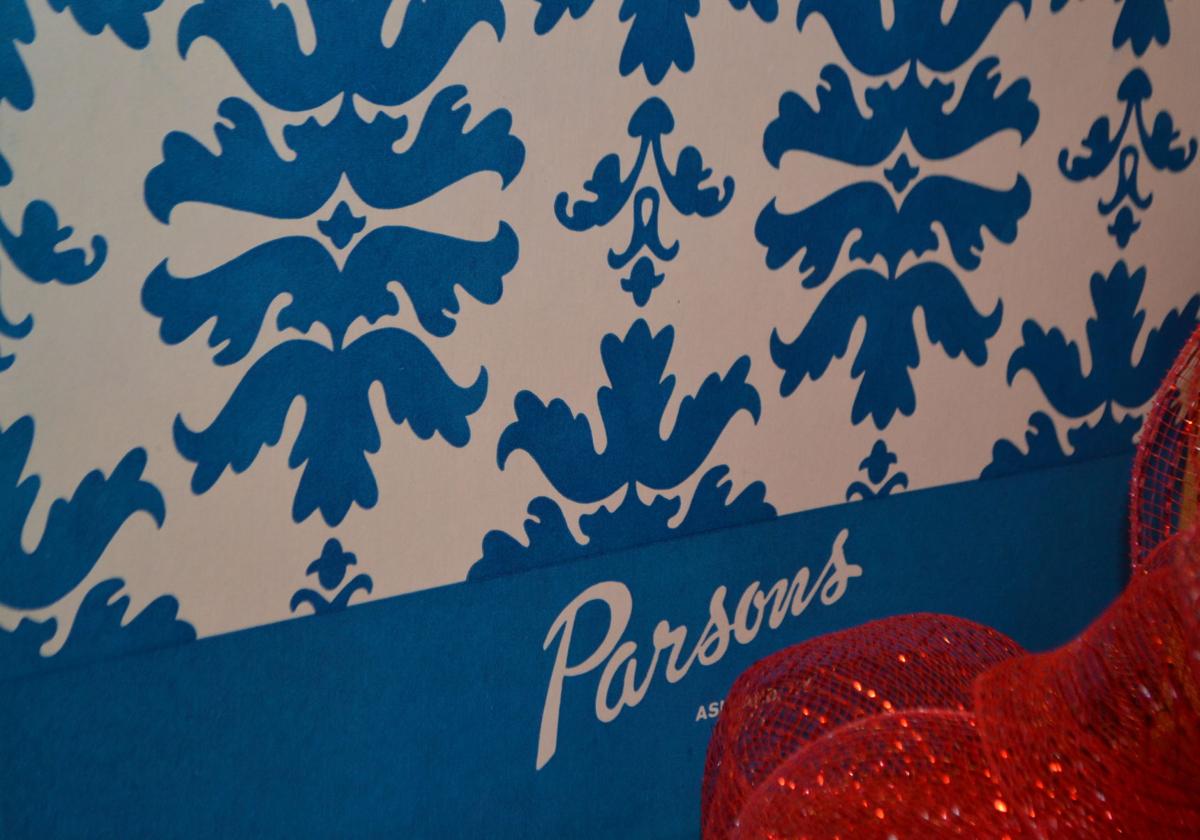 One of the decorative boxes found in the basement. 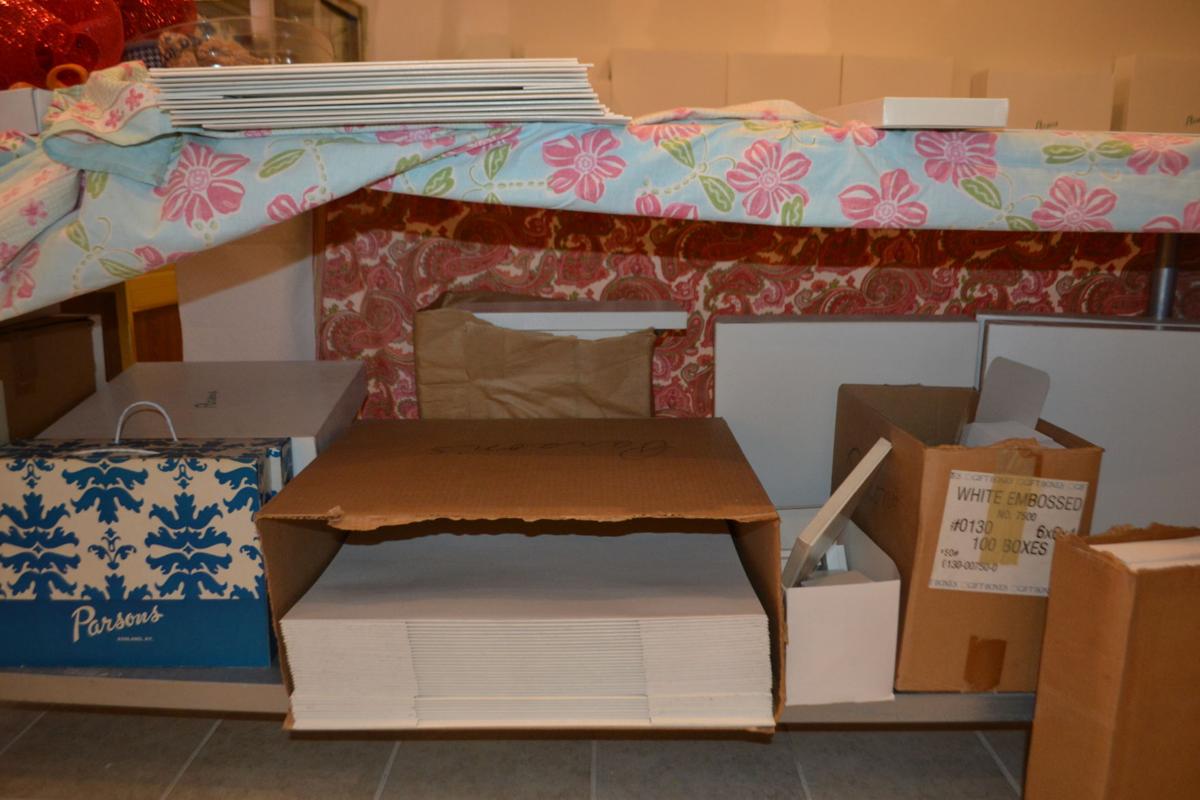 The Parsons logo is on most of the boxes.

One of the decorative boxes found in the basement.

The Parsons logo is on most of the boxes.

ASHLAND A long-forgotten trove of gift boxes from a long-defunct department store may be the key to success in a new fundraiser for continuing improvement of Paul Blazer High School’s Putnam Stadium.

The fundraiser is the brainchild of Donna Suttle, a longtime supporter of the Putnam Stadium Restoration Foundation. The recently retired florist will be wrapping gifts in exchange for donation this Christmas season.

The boxes are leftovers from the long-gone Parsons department store that once dominated the retail landscape in downtown Ashland.

Corbie Stull, who owns and operates his own department store, Corbie, in the building, found them in the basement.

Suttle, who became acquainted with Stull because he sponsored some of her prior fundraisers for the stadium, said she called Stull a few weeks ago and pitched the idea of making bows at his store to raise money for the foundation.

“He said, why not wrap gifts? He said, come see what I’ve got,” she said. Stull led her to the basement where she saw the boxes. “There were thousands of them, in cases, most of them were in pristine condition. They’ve been waiting downstairs for 30 years for someone to use them,” she said.

Where an outsider would see little more than decades-old cardboard, Northeast Kentucky shoppers see a slice of history. They remember holiday shopping expeditions from their earlier years whenever they see the flowing cursive script of the Parsons logo.

And that draws them to Suttle’s gift-wrap table and brings the donation dollars out of their pockets.

Suttle is just getting started but already at least one donor has given her $50 just for two boxes — never mind the wrapping. Other donors have given amounts from $5 up — sometimes way up — for her wrapping services.

There is no requirement that gifts brought to Suttle for wrapping be purchased at Corbie. “My life is invested in Ashland. Ashland is where I make my livelihood. I believe in supporting communities,” Stull said.

All proceeds will go to the foundation, which plows the money into continued stadium improvements. Suttle is among the foundation’s top fundraisers. She estimates having brought in some $300,000 through previous efforts, among them a style show at Corbie, a homes tour and a silent auction.

The Parsons boxes are a big draw, said Gwen Estep, who came to Corbie Friday with her daughter Stephanie Phillips and granddaughter Lesley Phillips. “It was part of me growing up. We always had gifts wrapped in Parsons boxes,” she said.

The packaging in some cases may outlast the presents, said Estep, for whom Suttle has wrapped several gifts. “The person they’re for knows not to rip the boxes,” she said, with a stern look at her granddaughter.

Suttle will be at Corbie every Thursday, Friday and Saturday from 11 a.m. until 5 p.m. until Dec. 21. Patrons should bring wrapping paper and ribbon.

And today only, former Daily Independent editor and sports maven Mark Maynard will be at Corbie from 11 a.m. until 2 p.m. to sign copies of his book “Ashland Tomcats Football: A Total History,” with $5 per book donated to the foundation.