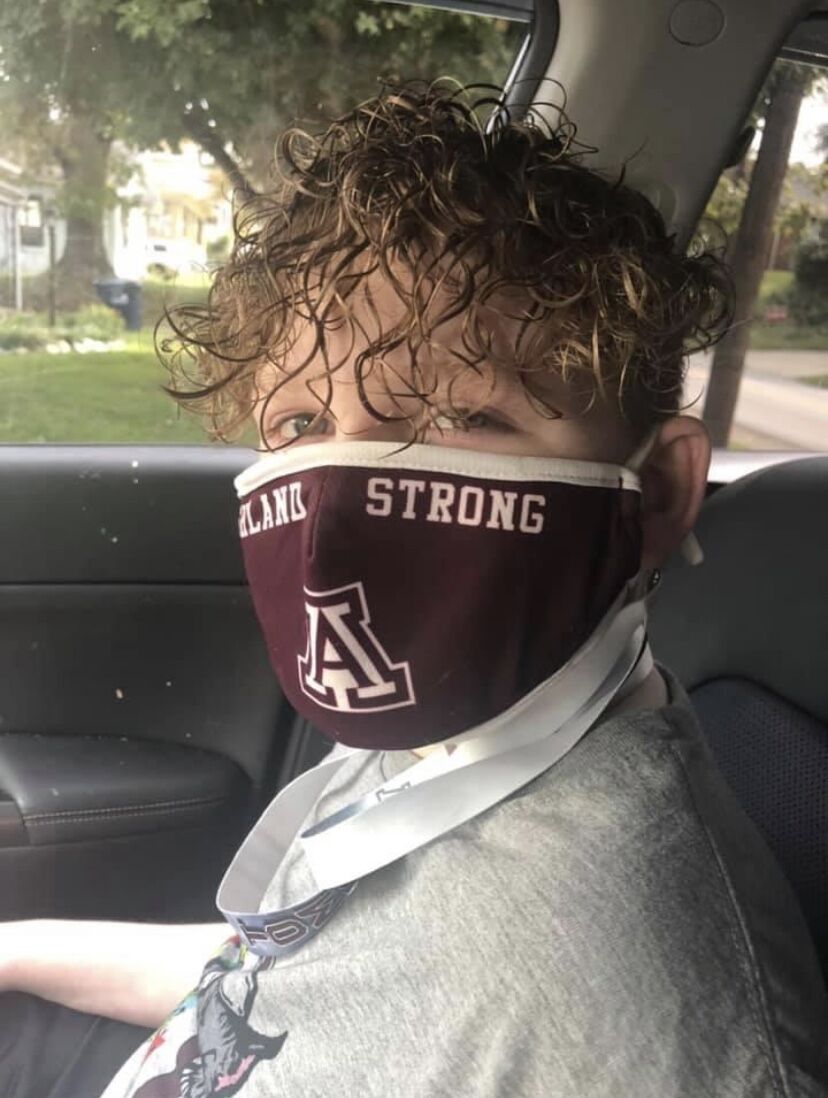 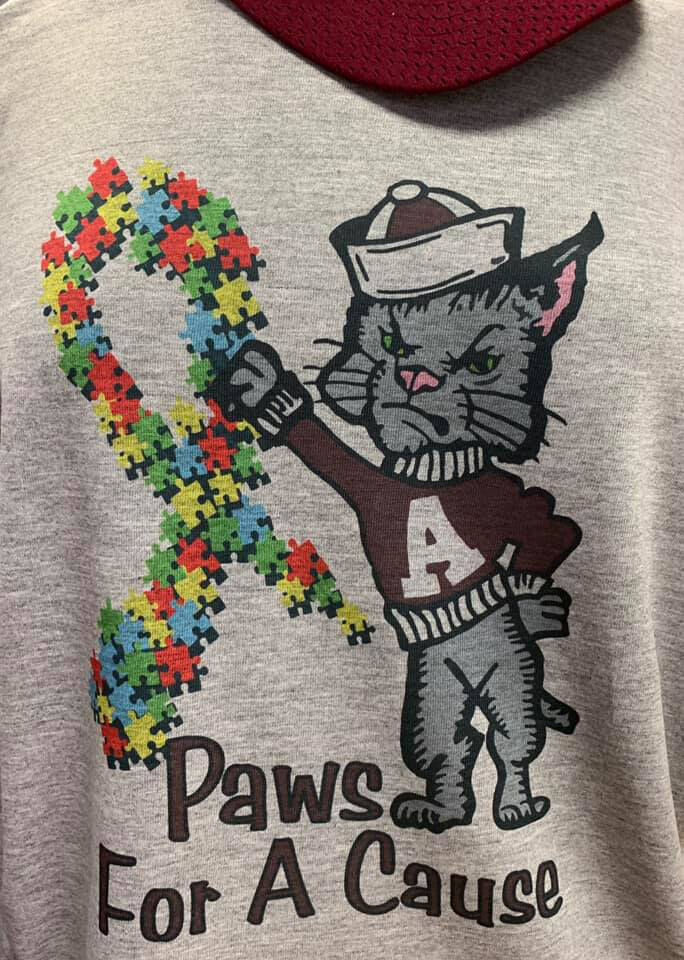 ASHLAND Fundraising during a pandemic isn’t the easiest thing to do, but when it’s for your child, you press ahead.

Paula Profit’s efforts have been directed toward getting her son, Aiden, a therapy dog. One fundraiser is Tomcat Autism awareness T-shirts.

“Aiden loves the Tomcats. They are like the NBA or NFL to him," Profit said. "He looks up to those guys so much, so we decided to offer a Tomcat and autism shirt." She said the shirts are made locally at Trophy House in Ashland.

Profit, who is on the board of directors of Ashland Foundation for Children with Disabilities, said Aiden, who is 12 now, was diagnosed with epilepsy at 3 and autism at 5. He also has severe ADHD, oppositional defiant disorder, anxiety, weather-related PTSD, asthma, allergies and mixed receptive expressive disorder, which is a communication disorder in which both the receptive and expressive areas of communication may be affected in any degree.

Profit said he "elopes," which means he is a flight risk when triggered. She said he wears a GPS tracking device. "He sees no danger and has no fear," his mother said. "He can be triggered by a number of things, including thunder or wind.

"Having a service dog would be life-changing for Aiden," Profit continued. "His quality of life would change drastically. He has always wanted to be like his friends and able to do more like them, but with his challenges, he is unable to join them. A service dog would help stop elopement tendencies and will also be trained in tracking if Aiden were to elope."

She said the dog can help Aiden away from self-injurious and aggressive behaviors and also will be trained to warn of seizures.

Of course, a dog can offer friendship, too.

Profit said they have cats and have had dogs, but the canines died recently. She said Aiden has taken their loss, and the recent loss of his grandparents, hard.

"Having a beloved companion by his side would enable Aiden to achieve more goals and have a better quality of life being outdoors more and enjoying life," Profit said.

But therapy dogs are expensive, and Profit said insurance companies don’t pay anything toward the dog.

She and her son are clients at 4 Paws for Ability in Xenia, Ohio, where families must raise $17,000 to begin the training process with child and dog. Aiden’s support dog will be for autism support and seizure alert. The annual cost of having the dog is $1,500 to $2,000, which will cover food and vetting and will be covered by the family.

Profit said because of the pandemic, she can’t have bake sales or take change, so her fundraising is limited to online projects like the T-shirts. She’s also selling handmade door hangers and tie-dye T-shirts; a local photographer donated $20 per session from back-to-school photo shoots; there are Avon and Scentsy fundraisers and a portion of a local bowmaker’s charges will go to benefit Aiden.

Profit said she hopes groups like Scout troops, restaurants and churches will get in touch with her and help with fundraising. She also hopes to have a yard sale soon.

Current fundraising opportunities may be found on Facebook at Aiden’s Cause for Paws.

For more information or to donate to Paul Profit’s efforts to raise money for a therapy dog, visit Aiden’s Cause for Paws on Facebook or call Profit at (606) 615-1786.