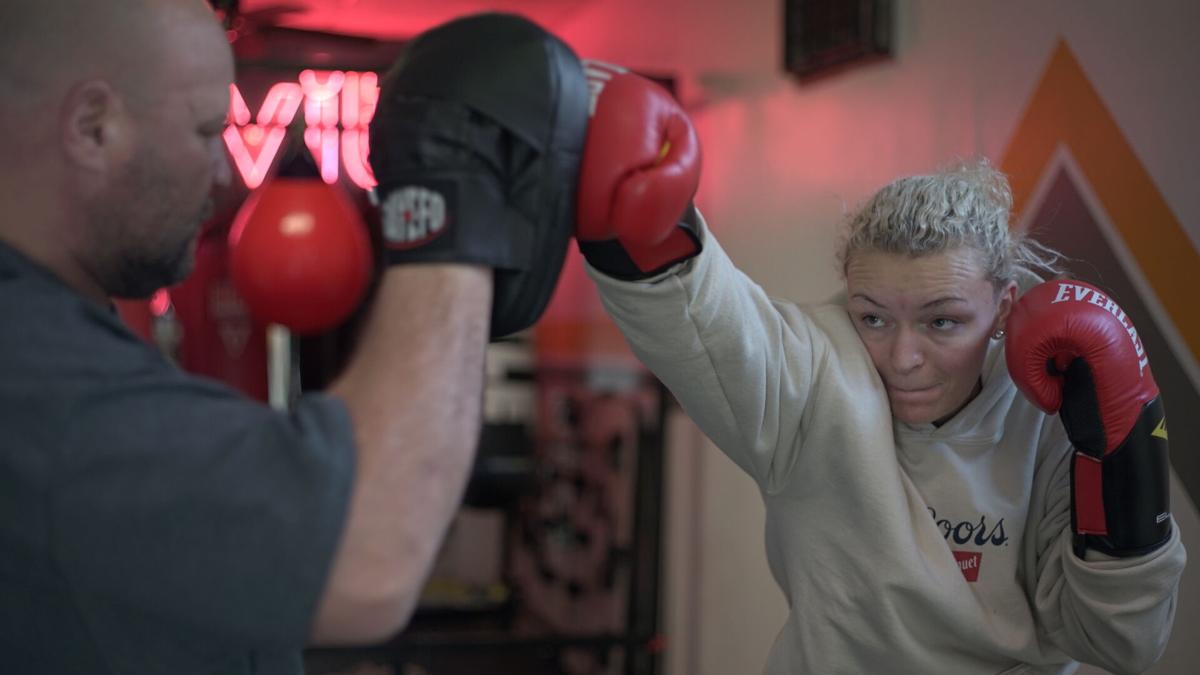 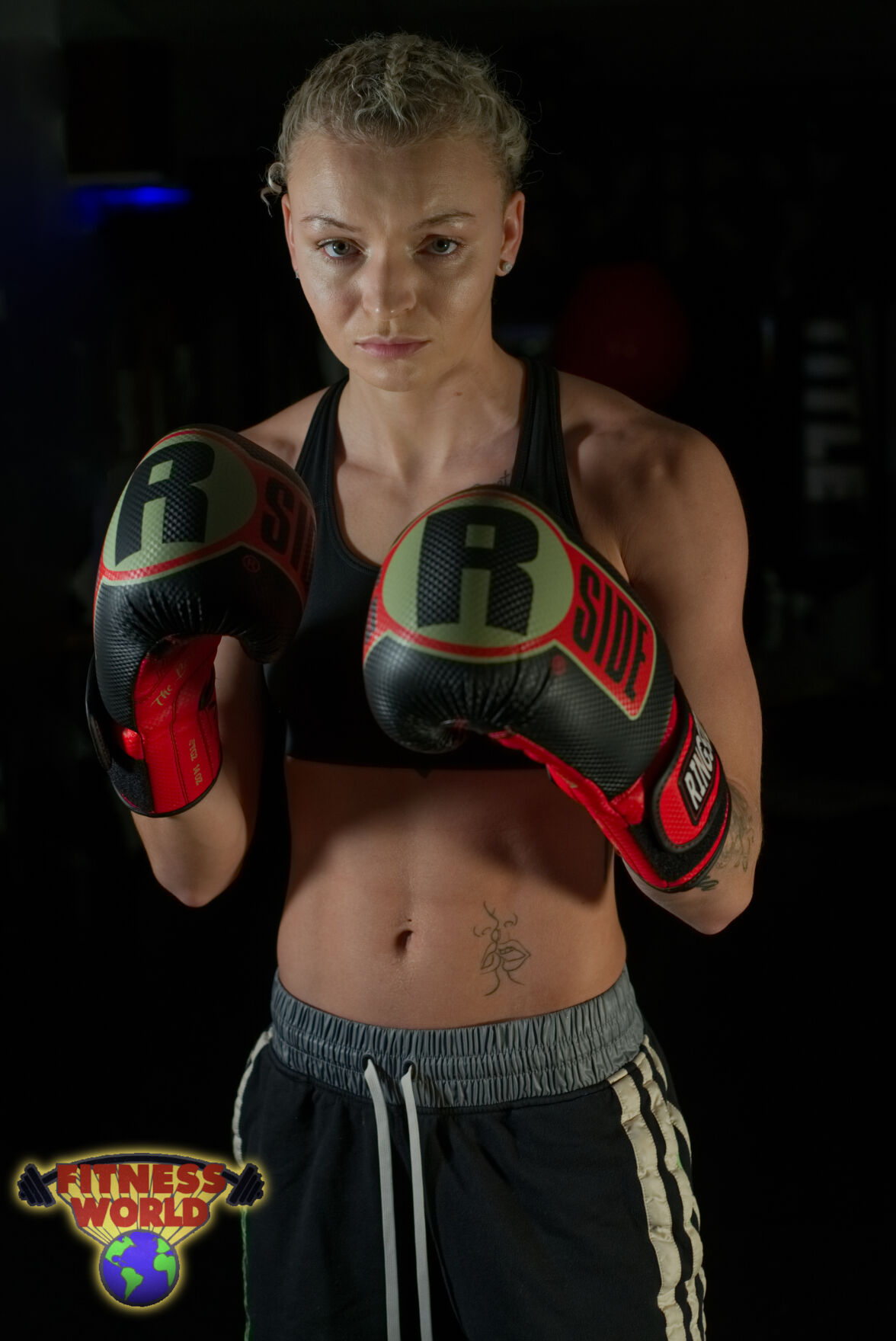 Robinson then attended the University of Colorado for four years, playing basketball and majoring in Art Practice with an emphasis on Photography and Videography, setting up for what could be seen as a typical life and education; but Robinson’s story is anything but typical, and she is poised now to continue breaking from the norm.

Robinson said she had always enjoyed being active and played every sport when she was younger. But starting in middle school, she turned her focus to strictly basketball. She helped lead the Ashland Kittens to four consecutive 16th Region championships from 2012-15, and followed that up with a fine four years at Colorado. She then played two years overseas.

“That was pretty fun, but a lot of adjustment,” Robinson said of her time overseas. “European basketball is different from American basketball, and it took some work getting used to it, but it was enjoyable.

“When I first came back, COVID hit,” Robinson said of her return to the United States. Her plans at the time, she said, were to relax a little and then get a job and move on with her life, but the pandemic made that problematic at best. She said she considered going back overseas because of this but didn’t wish to pursue an available option that entailed traveling to Saudi Arabia.

“So, I decided to fall back on my original plan of getting a job here,” Robinson said. Soon, Robinson began training young people in the area in basketball, eventually coaching seventh and eighth grades and being an assistant coach at the high school.

In the interim, Robinson was also working at the Tomcat Bourbon and Brewhouse in Ashland. It was there that she met, quite by accident, Jeremy Bates and Bill Brock.

“I wasn’t even working that evening,” Robinson said. “I was just chillin’, and they tapped me on the shoulder and asked if I was a fighter. I said ‘No, I play basketball.’ And it started from there.

“I had never fought before,” Robinson said. “I only put the mitts on maybe once in college while conditioning for basketball. But when they asked me if I wanted to fight in the Toughman Contest; I said sure. I’m fairly athletic anyway, and I thought I could do a good job, especially with them training me.”

What followed was daily focused workouts under the watchful eyes of Brock and Bates, and Head Trainer/Manager and Fitness World owner Corky Salyer.

“I think they have done everything they possibly can to get me ready for it,” Robinson said. “And I have really enjoyed it so far.”

The chance meeting was perhaps even more improbable that Robinson might have at first realized. Bates and Brock had been training other women earlier in 2021 to compete in the Toughman Contest, which is scheduled for this Friday and Saturday at Mountain Health Arena in Huntington.

But all those women had dropped out of the training, and Bates said that he was understandably discouraged.

“I get it,” said the former heavyweight boxer. “It’s tough training and it takes up a lot of your time because you really have to live it. And most people aren’t prepared to dedicate the amount of time and effort it requires, not to mention the sacrifices that go along with training on a professional level.

“Bill and I were at the bar that night, and Bill asked me if that was the fighter from Huntington,” Bates said, referring to Robinson. “He thought she was another fighter we had seen before, so when she walked by, I said, ‘Hey, are you a fighter?’ And when she said ‘No, I play basketball,’ I said that a lot of the footwork in basketball is similar to boxing. And I told her if she ever wanted to learn to box, to get a hold of us.”

Bates said that Robinson told him she had always been interested in boxing, and so the three began to talk.

“I told her what Bill and I had started and told her about the web series we had started where we wanted to train someone for the Toughman. But we had given up on that,” Bates admitted. “We had five girls quit. Boxing is a tough sport, and you have to dedicate so much of your life just to get ready to compete. And I was even hesitant to get back into training someone again.”

“I had to really push for it,” Brock said. “And I was training her just myself at first.”

Brock said from the beginning he could see that Robinson was special, and that she possessed the drive and discipline that it would take to see her through. Bates also quickly came back around, because he saw the same discipline and willingness to work that he possessed.

“After I saw her work once or twice, I knew she had the right attitude,” Bates said.

“I’m just trying to learn as much as I can,” Robinson said, grateful for the combined 50-plus years of experience guiding her. “And I think it’s even more than fighting, because they are helping me learn about life and about myself.”

Salyer said he fully expects Robinson to win every match she fights in the Toughman Contest.

“And after she wins her division of the Toughman, she’s going professional,” he said confidently. All three of her trainers plan to support Robinson all the way.