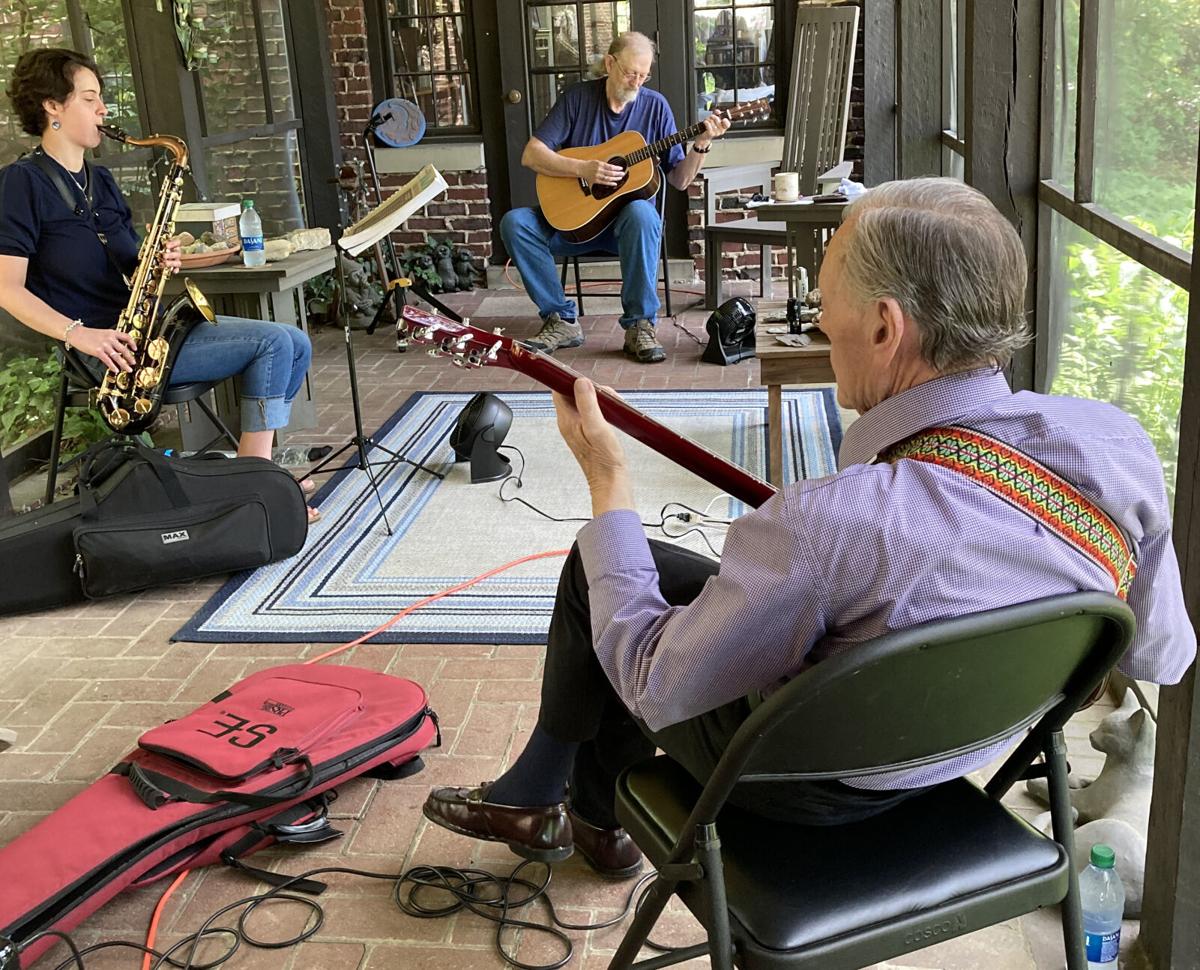 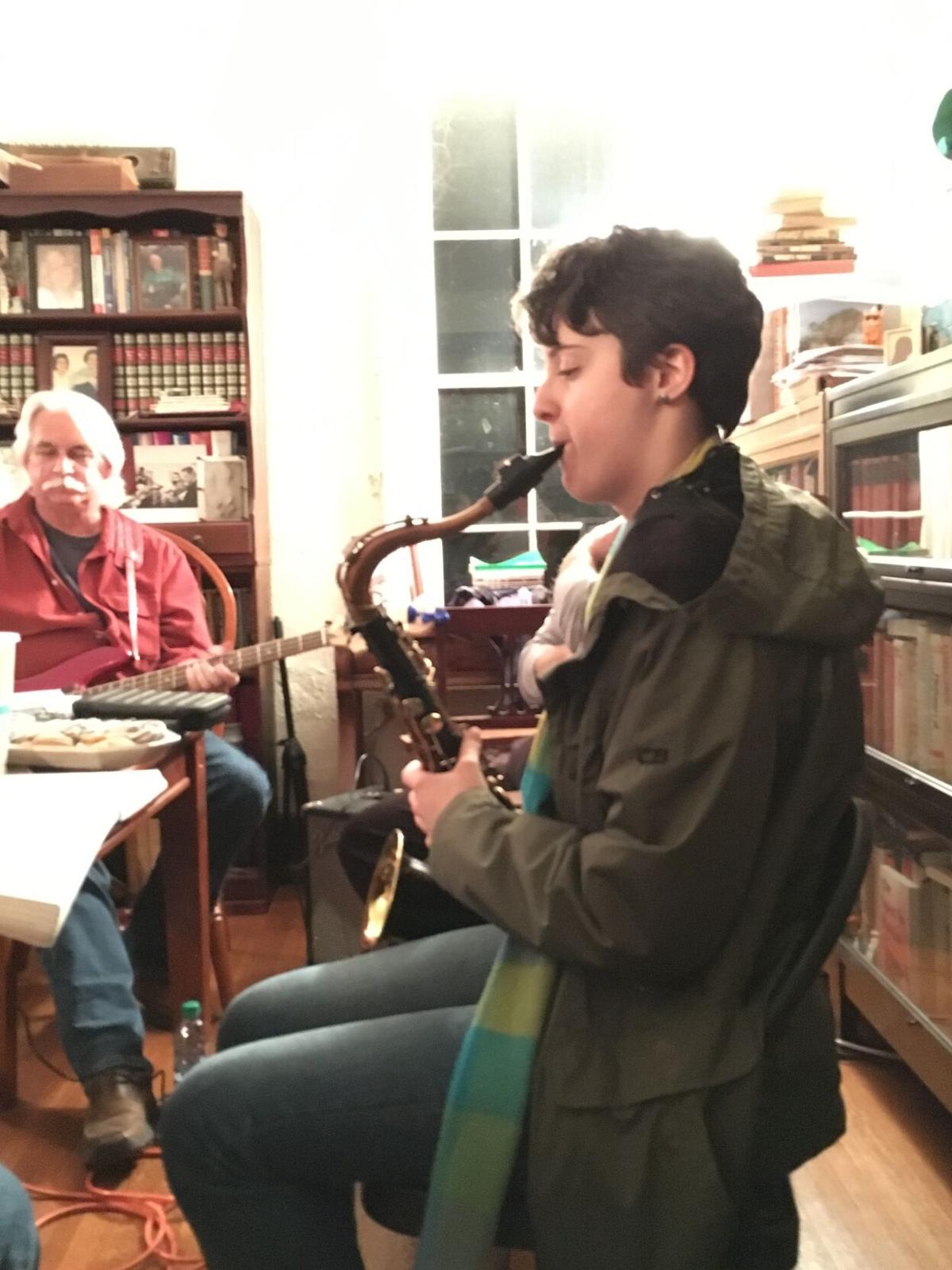 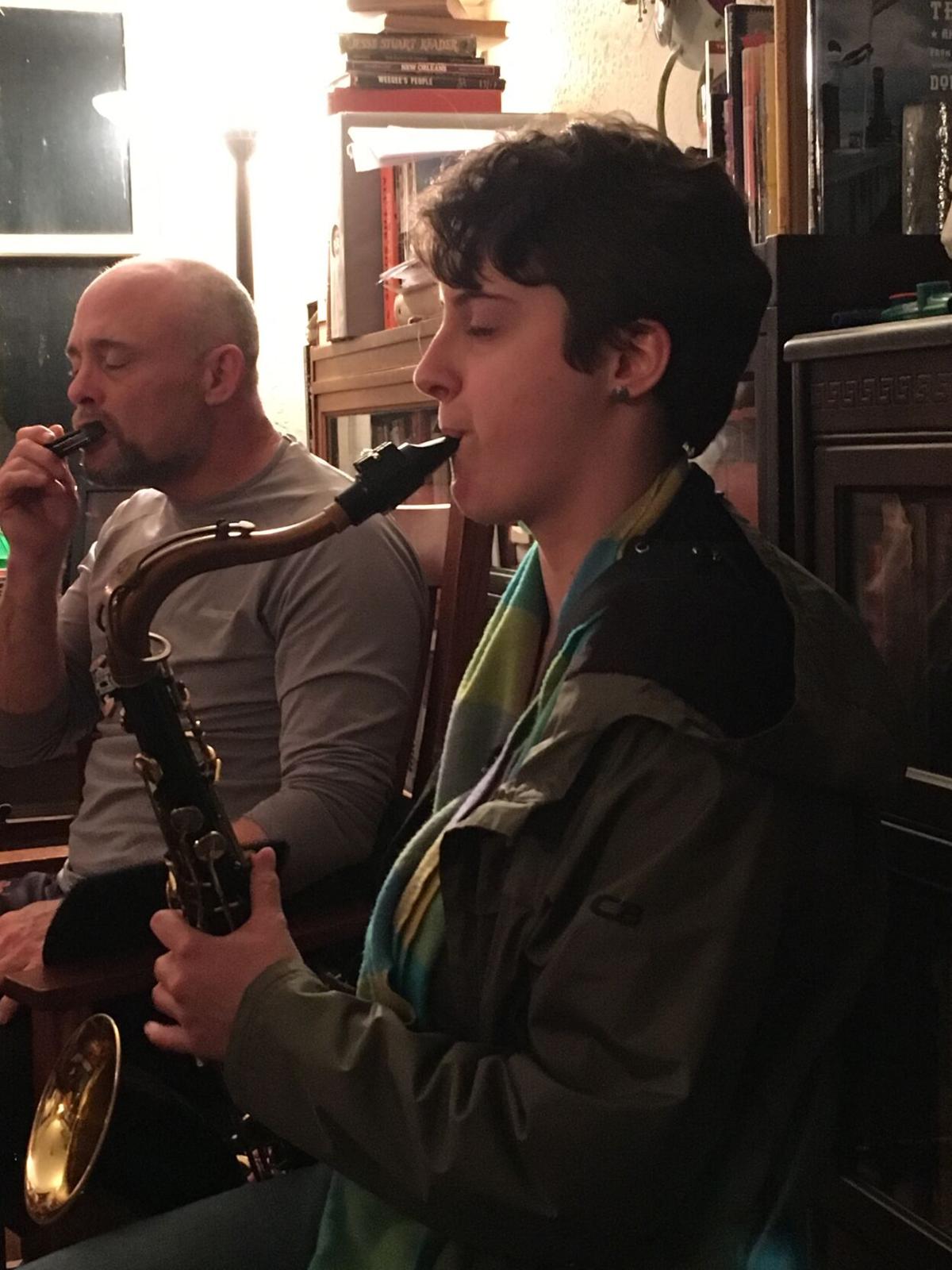 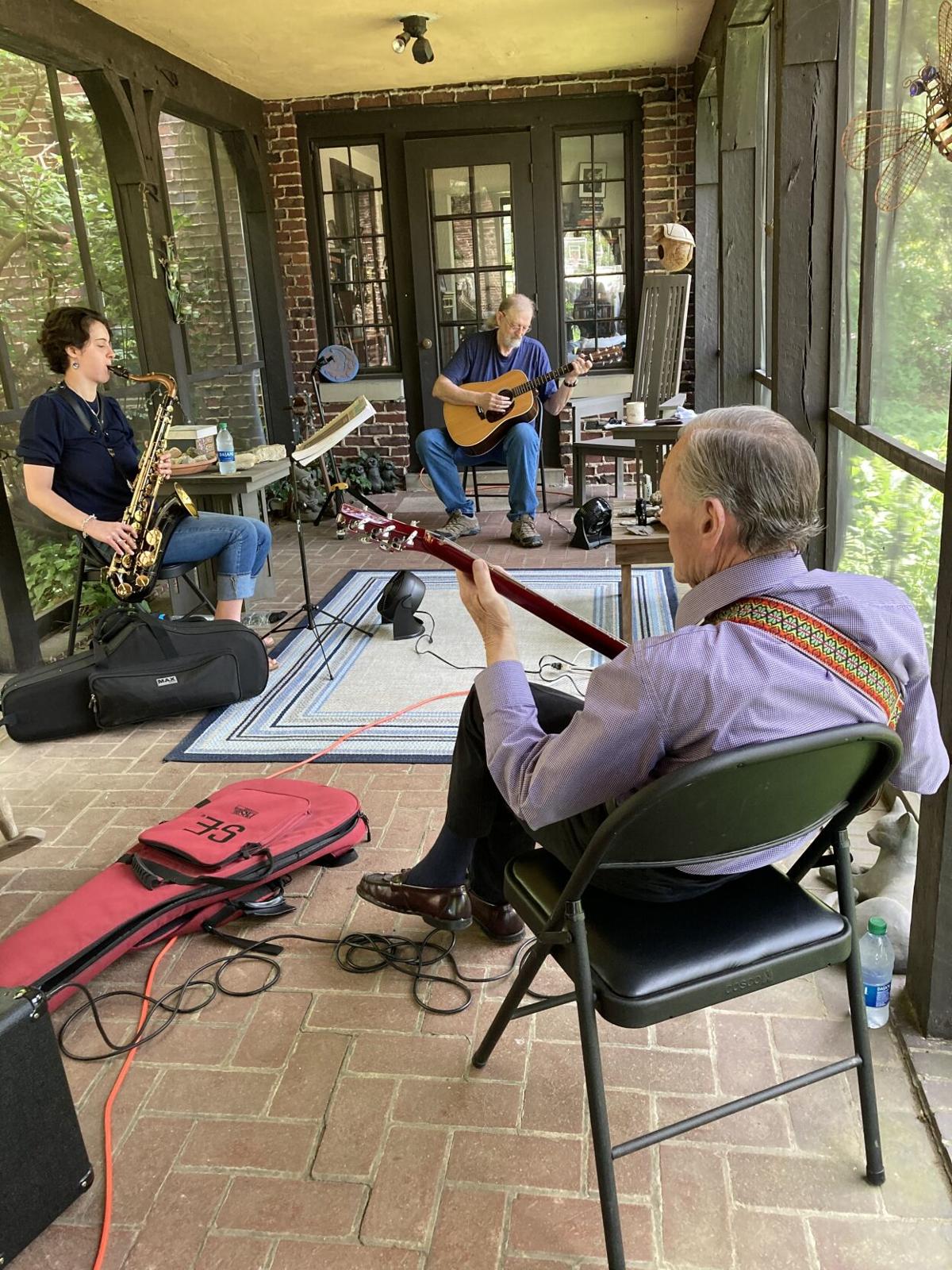 ASHLAND Mind and heart — what it takes to be a truly good musician. That’s what Vanessa Coffman has.

The 20-year-old tenor sax player proved herself so profoundly, she was offered a position with The 1937 Flood, a regional band that plays a hybrid of genres including blues, standard and folk music.

Band member Charlie Bowen described her first session with the band: “Everyone in the room was immediately wowed, and she’s been coming back ever since. Of course, the horrid COVID-19 pandemic put a halt to the weekly rehearsal in March, but we stayed in touch with her during the six-month shutdown and when rehearsals resumed last month, she was right there in the mix. In fact, during the awful year of loneliness and loss, Veezy Coffman has been a bright light, enhancing everything we play with her beautiful tone and her imaginative musical ideas.”

A jazz studies major at Marshall University, Coffman said she considers herself a musician more than a student.

“My career path is a little chaotic, but what’s the fun in being a travelling artist if there isn’t a little spontaneity along the way?” she said, adding she plans to be a touring musician for a few years after college before opening a jazz club and music studio where she can teach.

She said she grew to love saxophone because of her father who played.

“My father had this old ’56 Buffet he used to play for me, and I would listen to him for as long as he was willing to play,” she said. “In fact, the desktop picture on my computer is Dad playing his old tenor for me while I was still in diapers.”

She said her father, who loves to play the blues, has a clean style of playing that inspires her.

“He never (uses) too many notes when he improv solos, and I value his use of  ‘musical silence’ to keep everyone guessing at what’s coming next,” she said, recalling a time she asked him to play “Harlem Nocturne.”

From memory, he played the tune and made a “growling noise” on the sax. Well, game over. I was going to be a saxophonist just like him one day.

Coffman said she still performs on the instrument her father bought for her, a tenor saxophone she named “Blue.”

In high school, she formed a jazz combo that performed for the first time in Ashland. She also performs solo in the area, which is how she met Steward Schneider.

“I met Stew in Ashland’s Delta Hotel Guitar Bar. I had been playing at the Guitar Bar about a year before I finally met Stew, and the evening I met him was an evening just like any other one I performed on,” she said, adding he struck up a conversation with her.

“He asked how old I was. When I told him, I think I was 18 or 19, his eyes got wide and he laughed. He said, ‘Well, I’m old enough to be your grandfather! Your playing is unbelievable for your age.’”

From there, Schneider, a jazz fan and musician, introduced her to Bowen, who invited her to sit in with The 1937 Flood.

“Charlie contacted me about a month later, and I sat in on my first Flood rehearsal not long thereafter,” she said.

“Something I noticed immediately was the Flood’s synergy with one another. Everyone musically fed off of ideas proposed by each instrumentalist in the room, and they all were willing to share the floor,” she said. “The cooperation and genuine kindness of the Floodsters was a refreshing step back from the world. I kept sitting, not really because I was dead-set on joining the band as an official member, but more because I just loved playing music for the sake of playing music. If they invited me to officially join the Flood, wonderful. If not, I would still have a lot of good times and meet more good people along the way.”

But on the eve of her 20th birthdays, she was invited to join.

“The only thing I could think was, ‘God’s doing his thing again,’” she said. “I’m really blessed to be around such wonderful people who see me as a value in the band.”

Bowen isn’t the only one in the band who appreciates her.

“She can play by ear and also by sheet music,” he said. “That’s what makes a good musician.”

Coffman said she feels the same way about the band.

“They can make great music without all of that theoretical and technical academic mumbo-jumbo some musicians preach is the only thing that makes you a good artist,” she said. “Now, don’t get me wrong. I agree that it is of significant value to have the academic knowledge to accompany you when you perform a tune. There are songs and times when having that knowledge makes it easier and better to play a tune. But there have been countless musicians through time who have made wonderful music without such knowledge. In the Jazz Era, many musicians didn’t even know how to read music. Instead, they developed strong and passionate songs and solos based on what they heard.”

For more about The 1937 Flood, The Band, Not the Disaster, visit the band’s Facebook page or 1937flood.com. The Flood’s videos may be seen on YouTube.