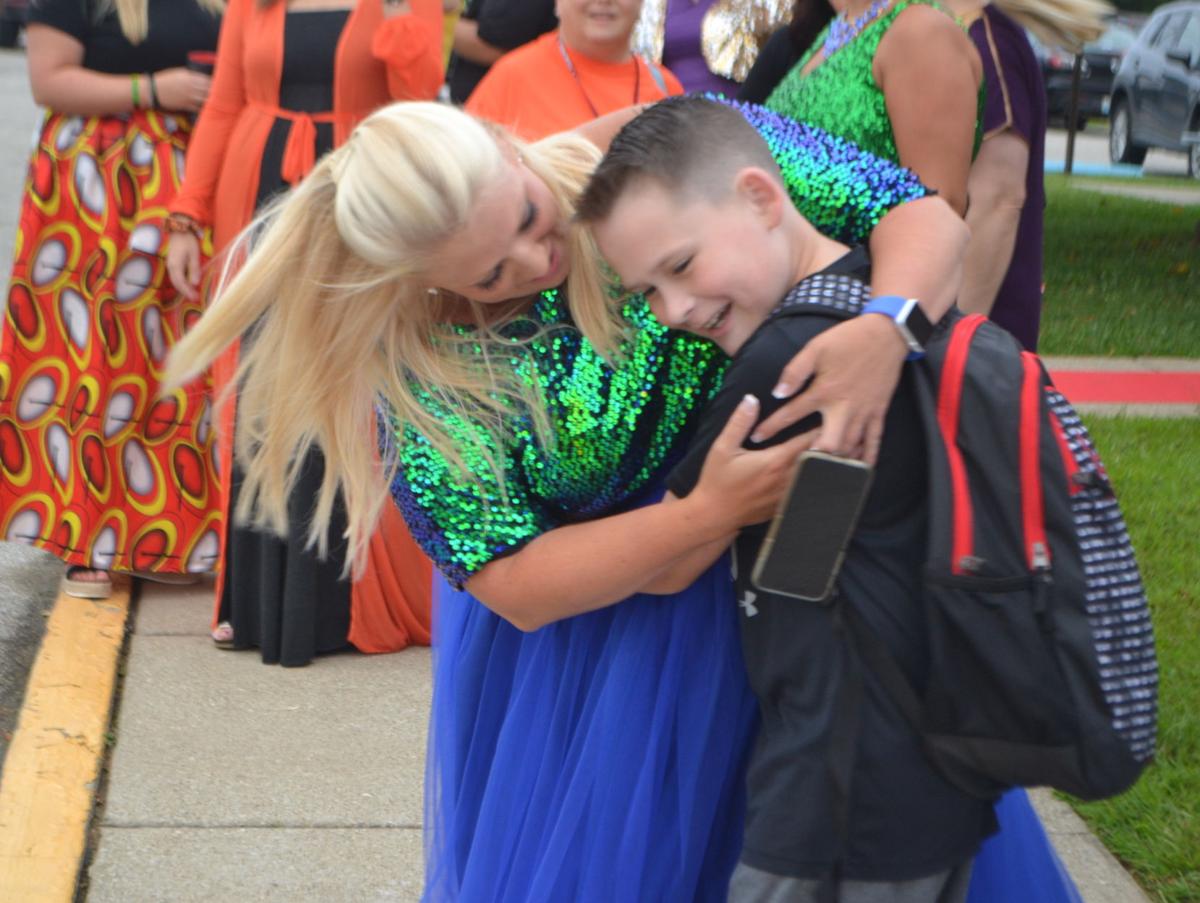 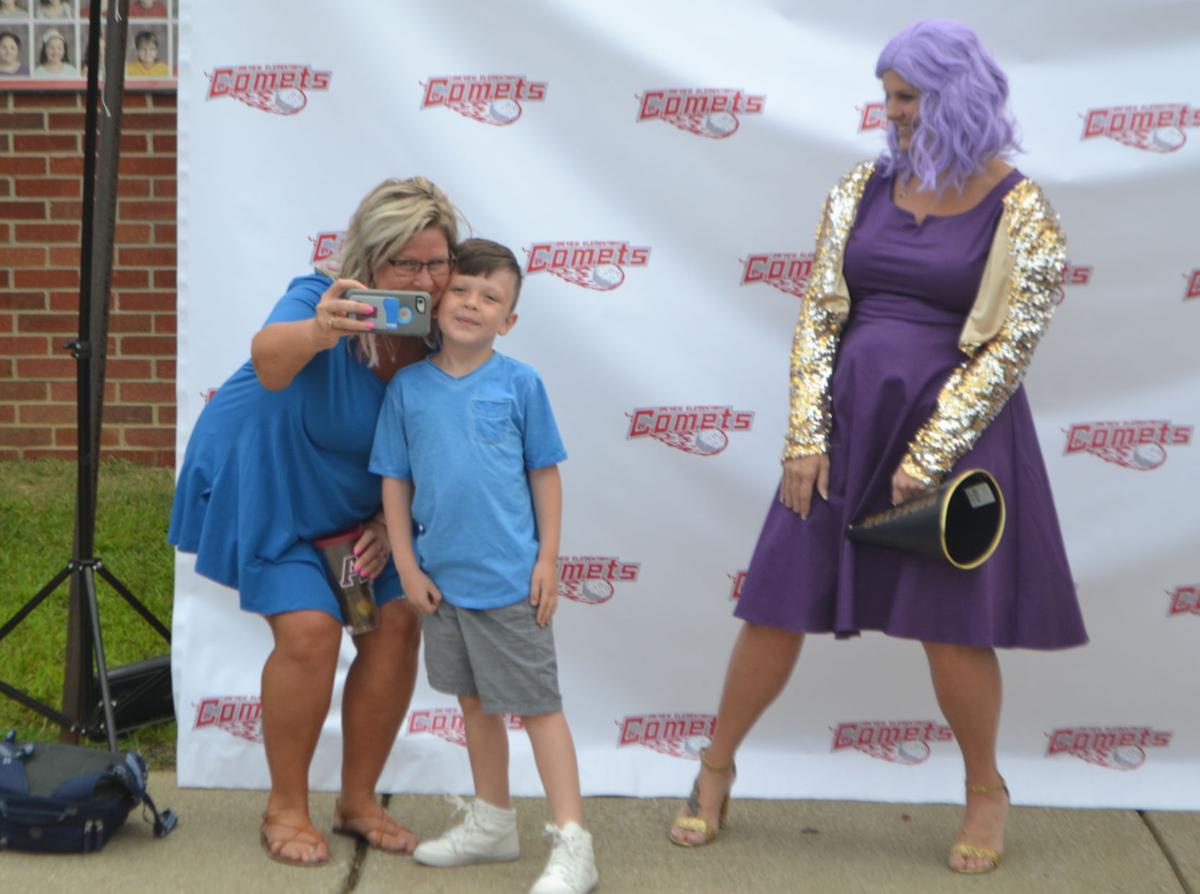 Kristi Davis gets a selfie with her grandson Maddox Miller and principal Rebecca Howell. 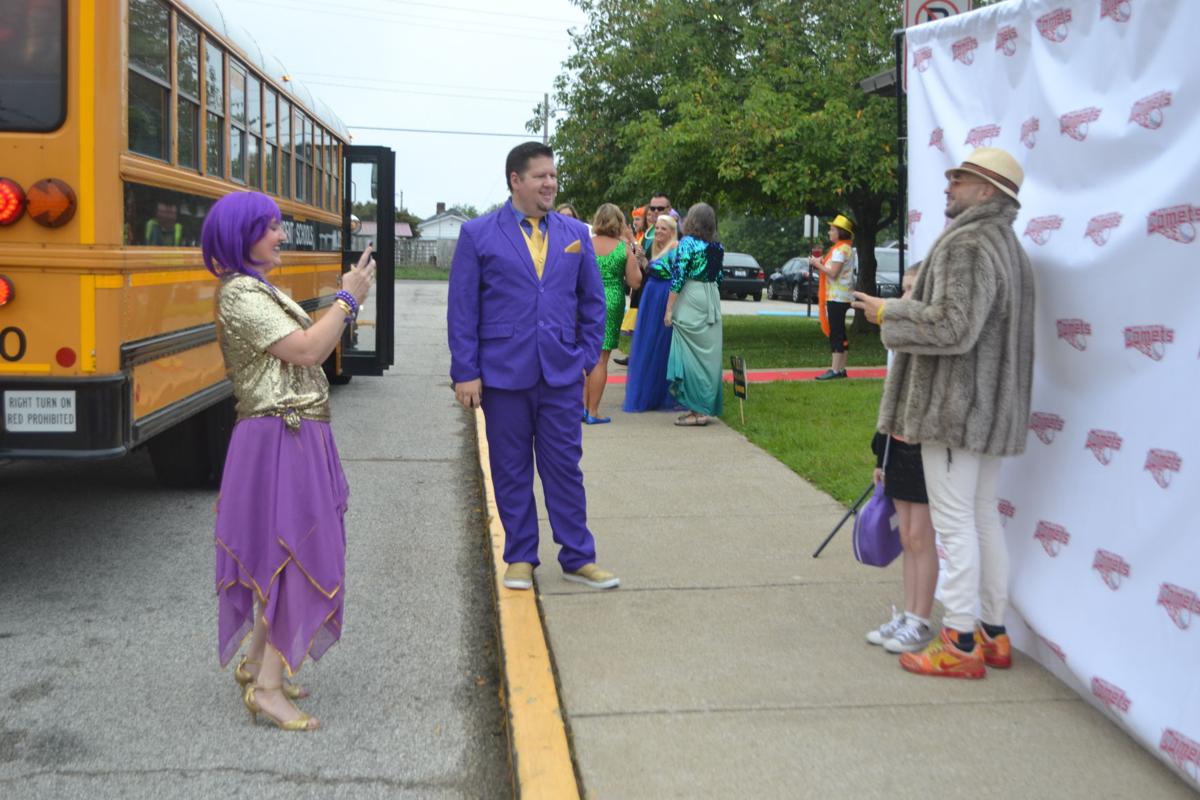 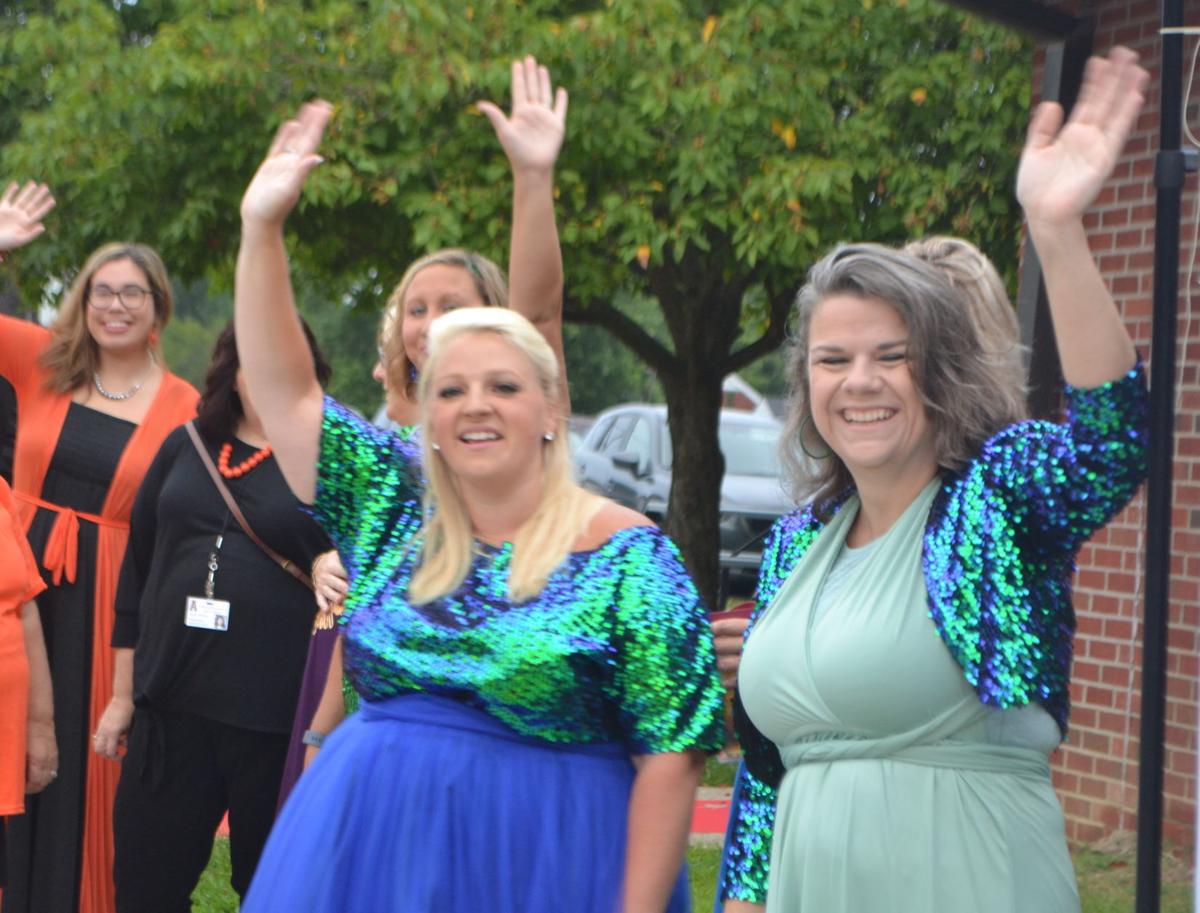 Kristi Davis gets a selfie with her grandson Maddox Miller and principal Rebecca Howell.

ASHLAND Posing for a photograph with a man in a faux fur coat while another man in a purple suit looks on might seem odd to most kids.

But to Kylie Trent, a fourth-grader at Oakview Elementary School, it was business as usual, even considering her mother, who was behind the camera, had driven her to school wearing a purple wig, purple skirt and gold lamé blouse.

Business as usual for the first day of school, at least. Oakview for at least a decade has been making the first day an event to remember. Teachers choose a theme and dress extravagantly, greeting students in the morning and making their entrance an occasion to remember.

“They do different things every single year,” Kylie said. “It makes it fun to come to school.”

This year’s theme was Hollywood; teachers glammed it up in evening wear, the more outrageous the better. Previous themes have included outer space, the wild west and the circus.

“At this point, people know Oakview goes all out with the first day,” said music teacher Braun Ream, the man in the purple suit. “Even if they don’t go to school here, they like to drive past.”

The fur-clad man was fourth-grade teacher Shawn Assar, who was making up for being unprepared the previous year. “I wasn’t ready for how wild they go,” said Assar, who described his getup as a cross between Lenny Kravitz and Prince.

By now it is a tradition, said principal Rebecca Howell, herself clad in purple and gold and brushing back strands of hair from her lavender wig.

“At Oakview we go big or we go home,” Howell said. Teachers plan all year for the blowout because they want children to look forward to school and to succeed once they get there. “If they are having fun, they are going to learn more,” she said.

“It gets better and better every year,” third-grade teacher Samantha Royalty said. “We talk about this and plan this all year long. It makes it a little easier for the kids to wake up the first day, knowing your teachers have something crazy planned.”

“I love it,” said Kristi Davis, who brought her grandson Maddox Miller to school and shot a selfie with him and Howell. “It makes the kids excited for school and ready to get back at it.”

The wild colors — other teachers were garbed and bewigged in combinations of green, orange blue and gold — are part of Oakview’s house system, now in its second year. Children are grouped, Harry Potter style, in houses, each with its colors and mascot.

Returning students remain in the same house for their entire Oakview career; new students are assigned houses in a first-day ceremony. The house system creates a sense of family and community, Howell said.

“I just want it to be a good year,” fourth-grader Brody Bayless said, his gaze sweeping across the walkway crowded with waving, costumed teachers. “I was a little bit nervous at first because its going to be a little bit harder than last year. But it’s going to be OK.”