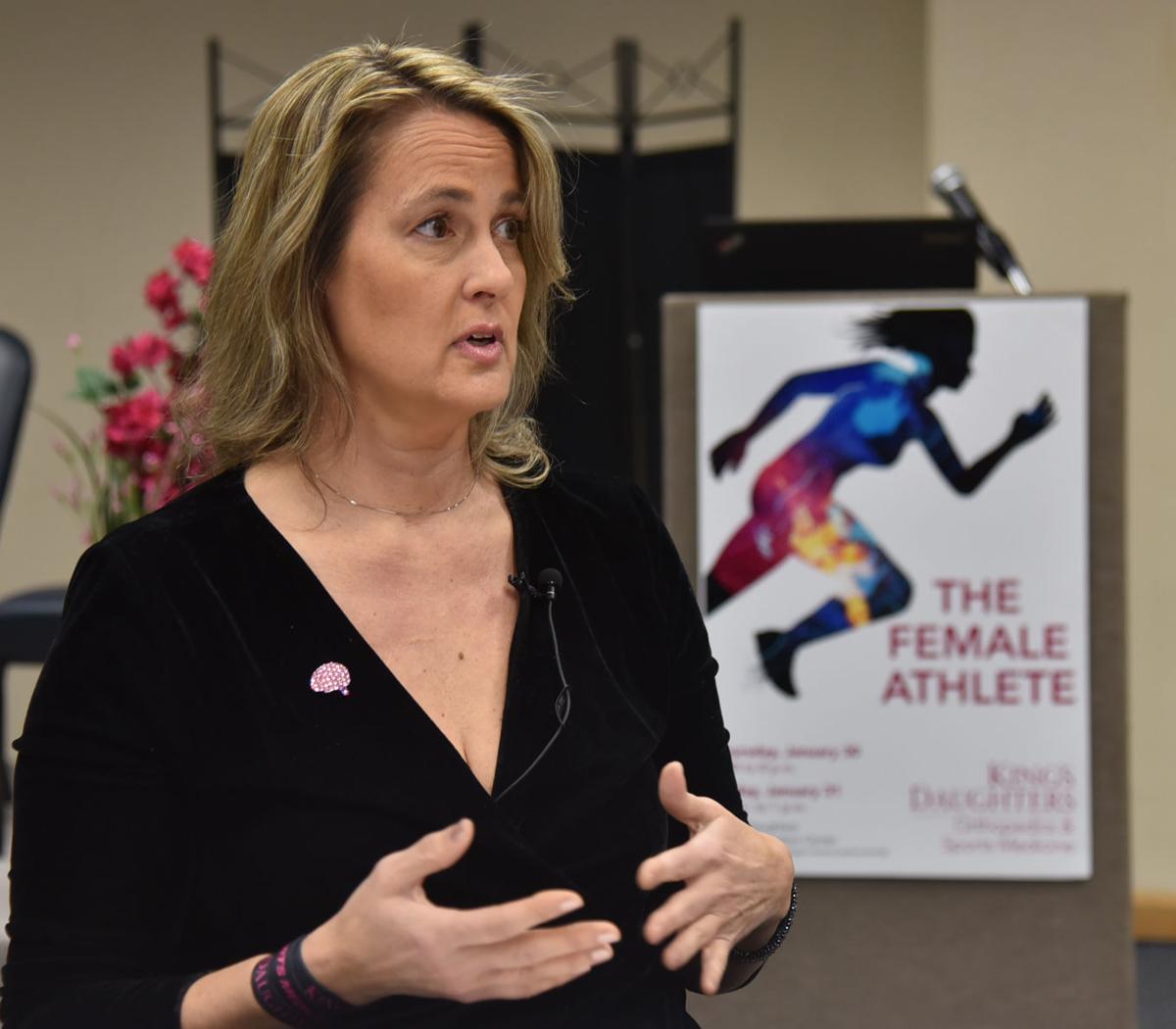 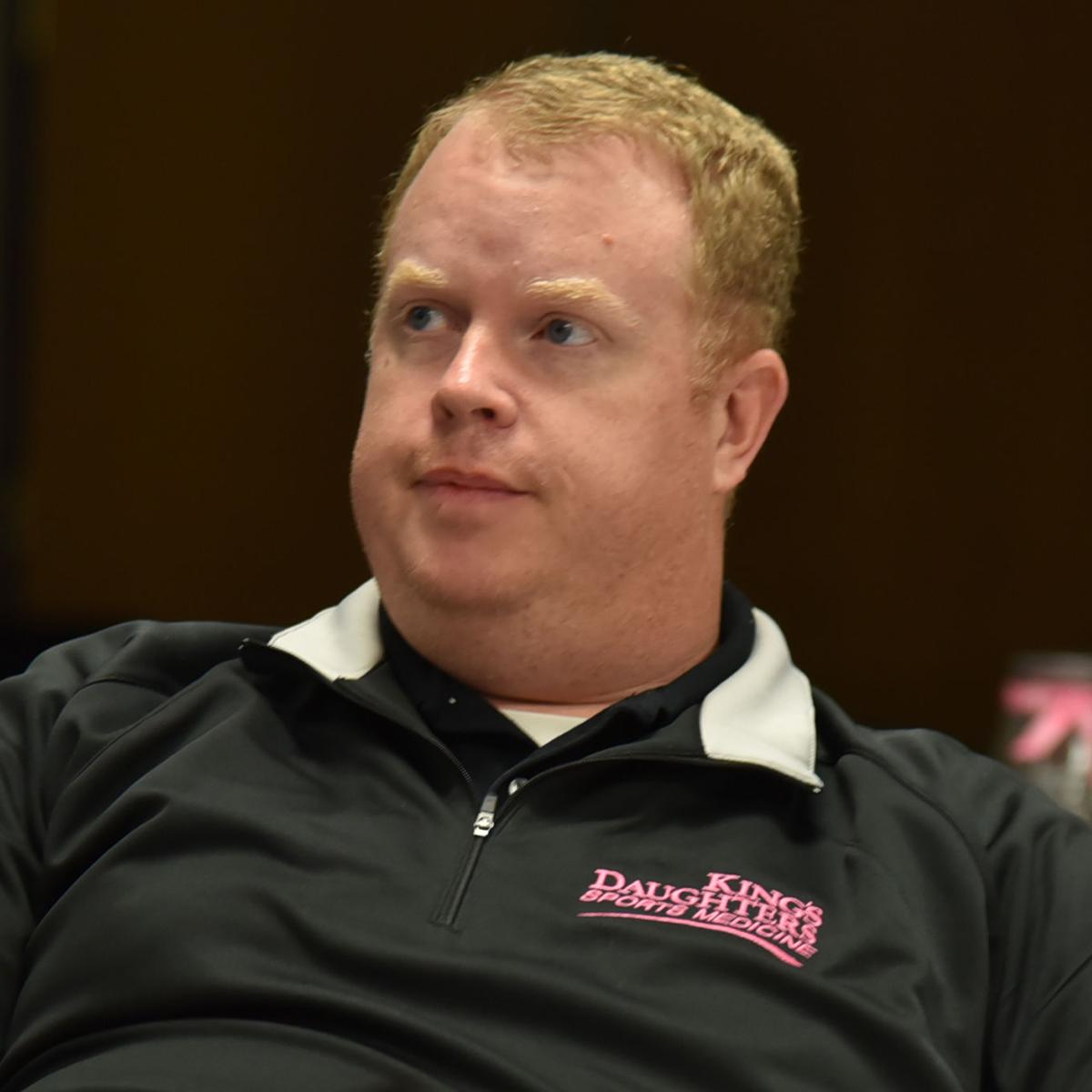 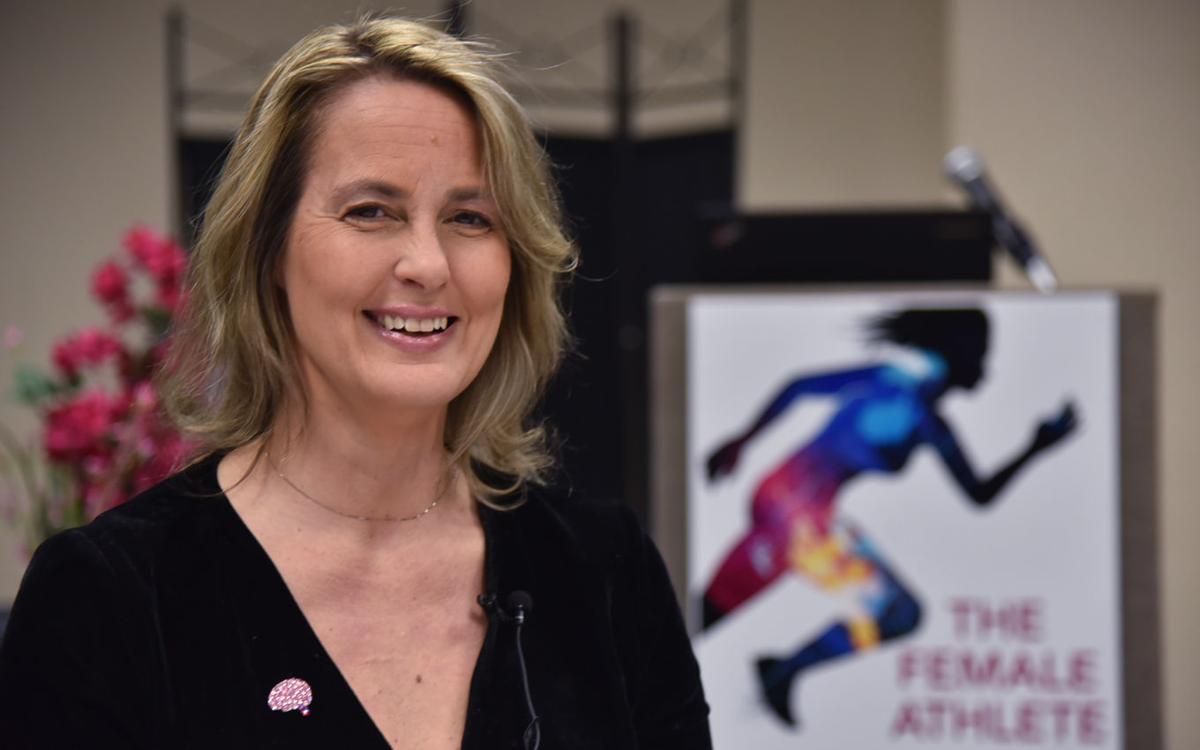 She brought her message and extensive knowledge to Ashland on Thursday night as the keynote speaker at King's Daughter Medical Center's "The Female Athlete" conference.

Snedaker is the executive director and founder of PINK Concussions, a non-profit that is focused on the female brain injury, the sex and the gender differences and how women are different than men when it comes to brain injuries.

She said she is striving to change the perception of female brain injuries and educate how to treat them. Her organization isn't confined to just sports. Huge numbers of female concussions go unreported.

"We just don't think of women getting concussions," Snedaker said.  "When you say brain injury to someone, they think football, male-dominated sports or the military. But when you look at motor vehicle accidents, slips and falls, assaults, and domestic violence is really the hidden part of all this. ... So many times I talk to women who call about brain injuries but they're not sure they have one. And I say you're not crazy, stupid or bad; this is real. And they cry on the other end of the phone because it's the first time someone believes them."

Dr. Andy Gilliland, the Director of Sports Medicine at KDMC, had heard Snedaker speak at a conference in West Virginia last year and she instantly came to mind when he and Laura Patrick came up with the idea of the conference. Patrick is the director of marketing and outreach for the sports and orthopedic department.

He said the hospital has been very supportive through promotion and funding to help bring awareness about concussions in the Tri-State.

"The emergence of social media has heightened awareness," Gilliland said, "but our protocols have improved. When I graduated high school in the late 90s, we weren't doing anything for concussions except for observing them. Now 20 years later, we are aware of them. ... It's not hyperbole to say our patients in Ashland, Ironton, Huntington and the proximity get the national standard of care and, at the same time, we're defining standards of care.

"Our awareness has been heightened because of their ability to support it. In our region and the Tri-State, fortunately, we focus on our children first."

Snedaker said there are many differences in male and female concussions. Females can have more symptoms and the recovery time can be longer than for men. Even biology can be a factor, including head circumference, neck strength and cell differences.

"Men's symptoms come out sooner even during the sporting event and women's can come out a couple of hours later," Snedaker said. "We don't know if women are less aware of them or that they have had less training on concussions. They don't have different symptoms than men, but they seem to have more of a number of them — six or eight symptoms but men have two or three. In the past, women have been passed off as too whiny or complaining, but what they have been able to show on symptom scales is women's pain is greater than men."

Snedaker is a licensed therapist and a brain injury survivor. She would like to get to a point where we are training women, young girls and teenagers to understand concussions and get help faster.

"At this point, I'm talking to doctors and researchers to say 'Why aren't women in your studies?'" Snedaker said. "I go to these medical conferences and say that's a great study on brain injury, but you didn't include any women. I think I a lot of these women just don't know. We have support groups on Facebook. We have over 5,000 people in our support group and sometimes I talk to women after they've had a poor experience in the medical community."

Dr. Tim Bender, a Marshall University sports dietician, also spoke at the event and discussed nutritional issues for female athletes. The night concluded with a panel of female athletes who talked about their past experiences with brain injuries.

"There are a lot of female athletes that have risk factors for nutrition deficits that can lead to bone density issues," Bender said. "When we talk about nutrition, we are trying to bring in that education for coaching staffs and athletes and physicians. We are looking at athletes that push their bodies daily and there's no thought to recovery and nutrition."

All sports are susceptible to concussions, even the ones you find in the pool, according to Snedaker.

"I had a conference with Boston Children's Hospital," Snedaker said. "We were at Harvard Medical School and we had six females on our panel and all six are swimming concussions. The audience was amazed. It's in all different sports. Equestrian, swimming, water polo, soccer and lacrosse. ... There is a lot more we need to be doing for female athletes."

Several area coaches attended the event. Fairview girls basketball's Rex Cooksey has coached boys and girls teams and said it's always good to be educated on the subject.

"I've seen my fair share in both sports," Cooksey said, "but it seems like in the few, short years that I have been involved, I've probably had more concussions in my six years in girls than in my 38 coaching boys. I try to have good communication skills with all my girls, but sometimes you have to say 'Hey girls, you have to level with me.' Boys are more up front but I don't think it's because I'm a man. I have female assistant coaches around me."

For more information, visit pinkconcussions.com. Snedaker is also asking for people to consider signing up to pledge their brains after they have passed to further this important research.

"I'm asking women to pledge their brains," Snedaker said. "It's really important because there are very few female brains in traumatic injury brain banks, including military and civilians ones."

KDMC is hosting another related event today, targeted toward health care professionals, from 8 a.m. to 1 p.m. at the Health Education Center. It is also free to attend.