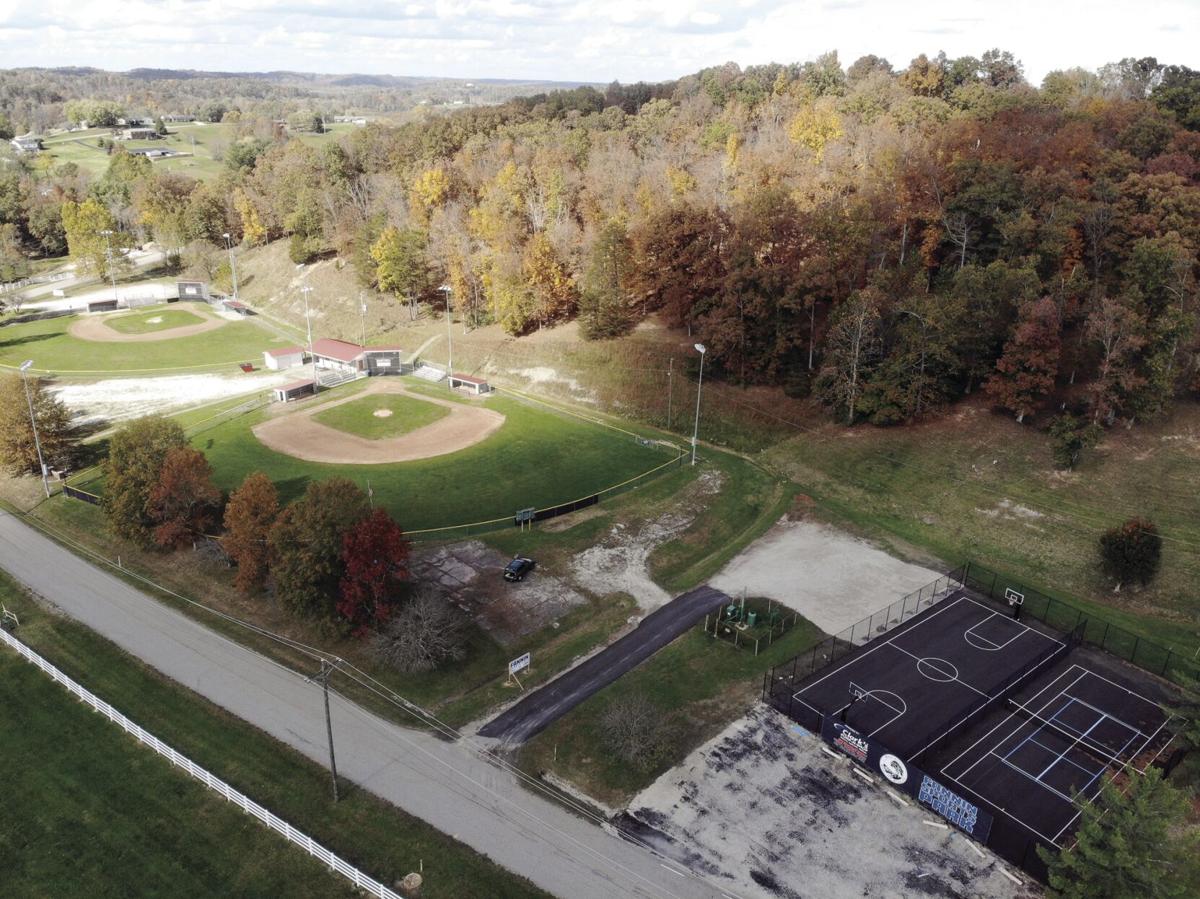 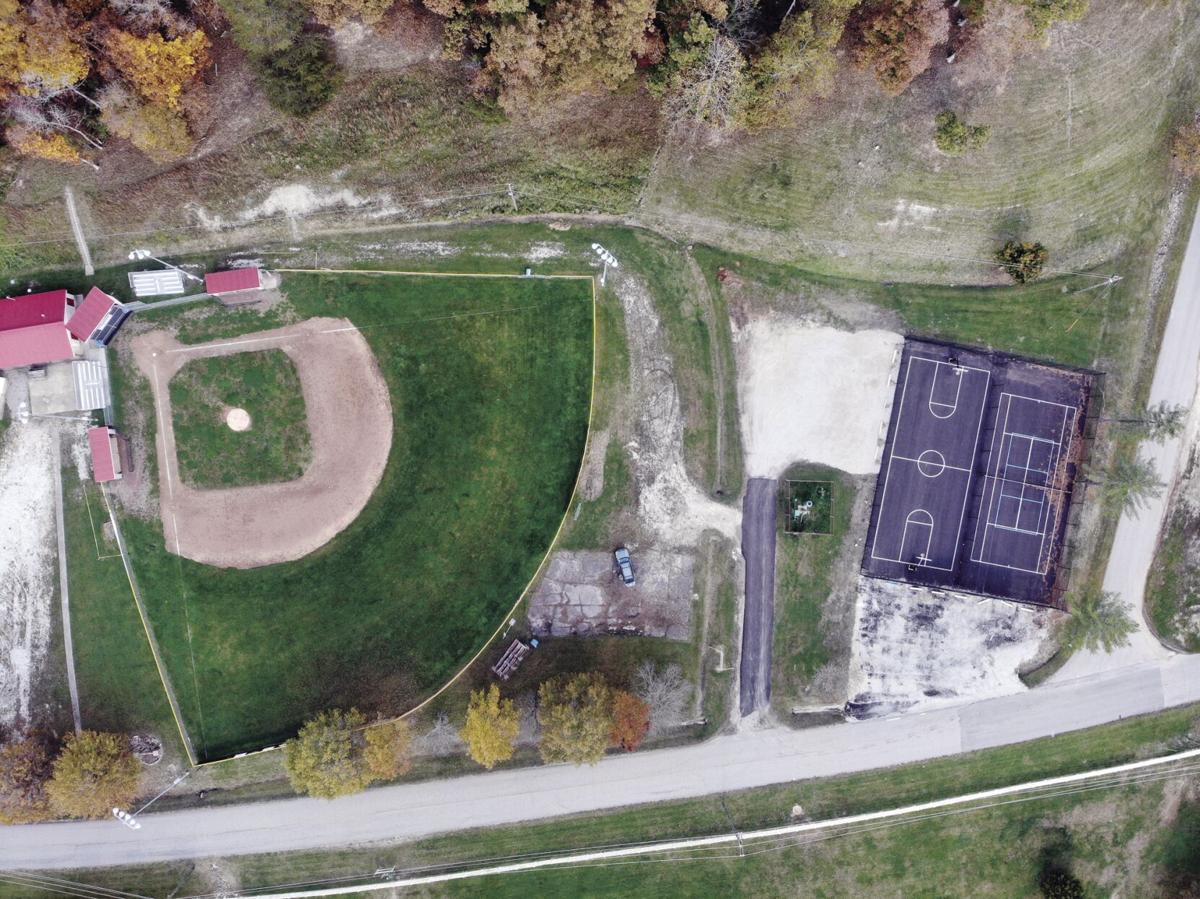 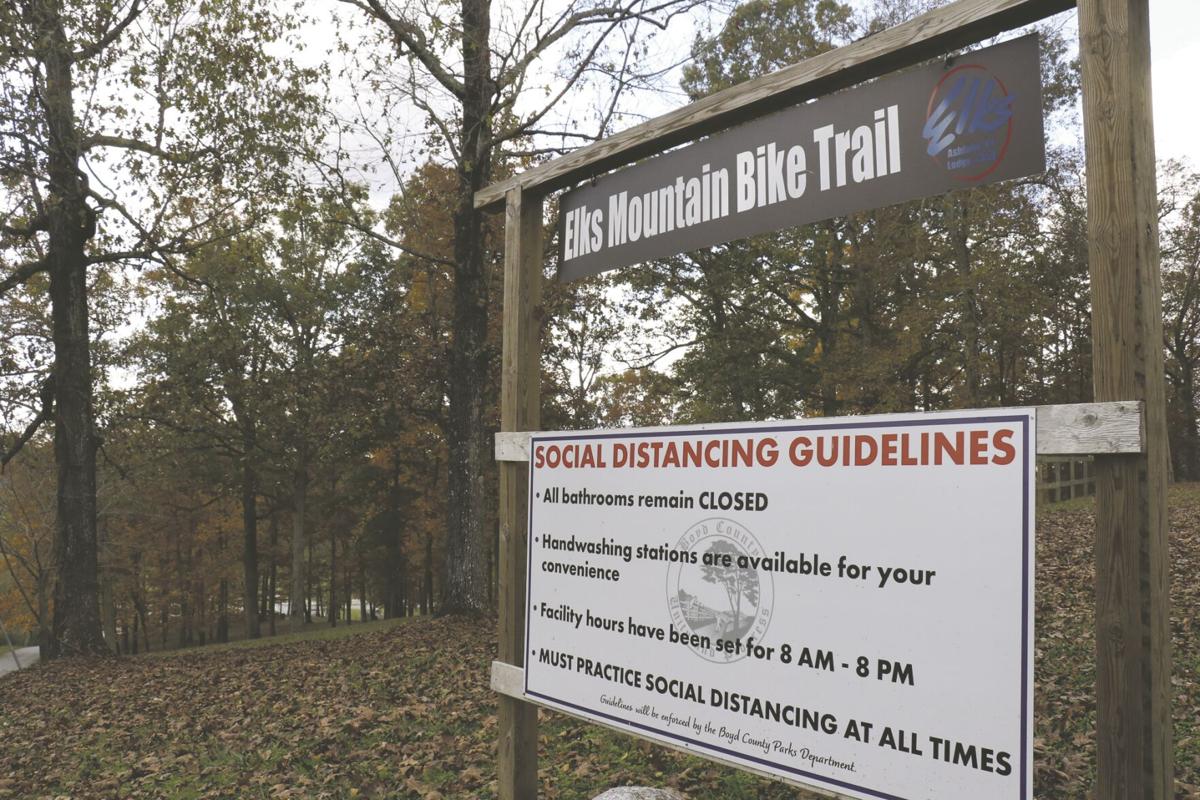 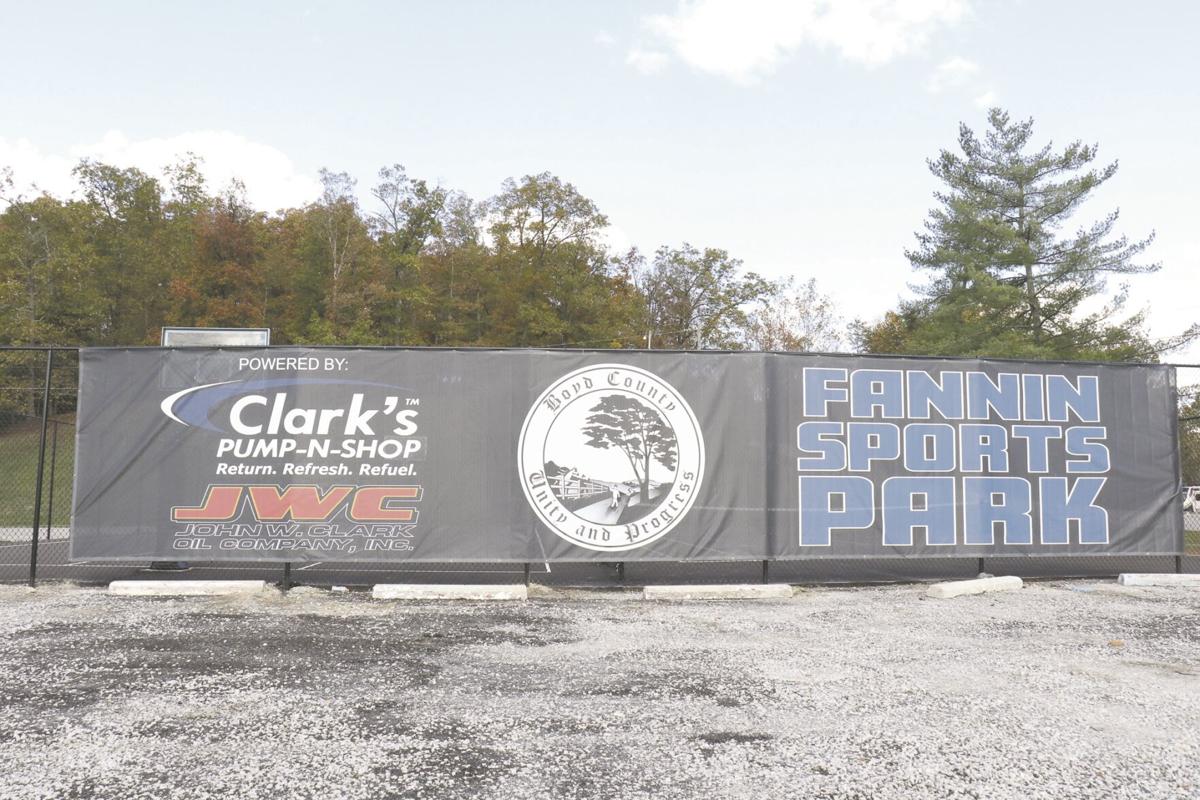 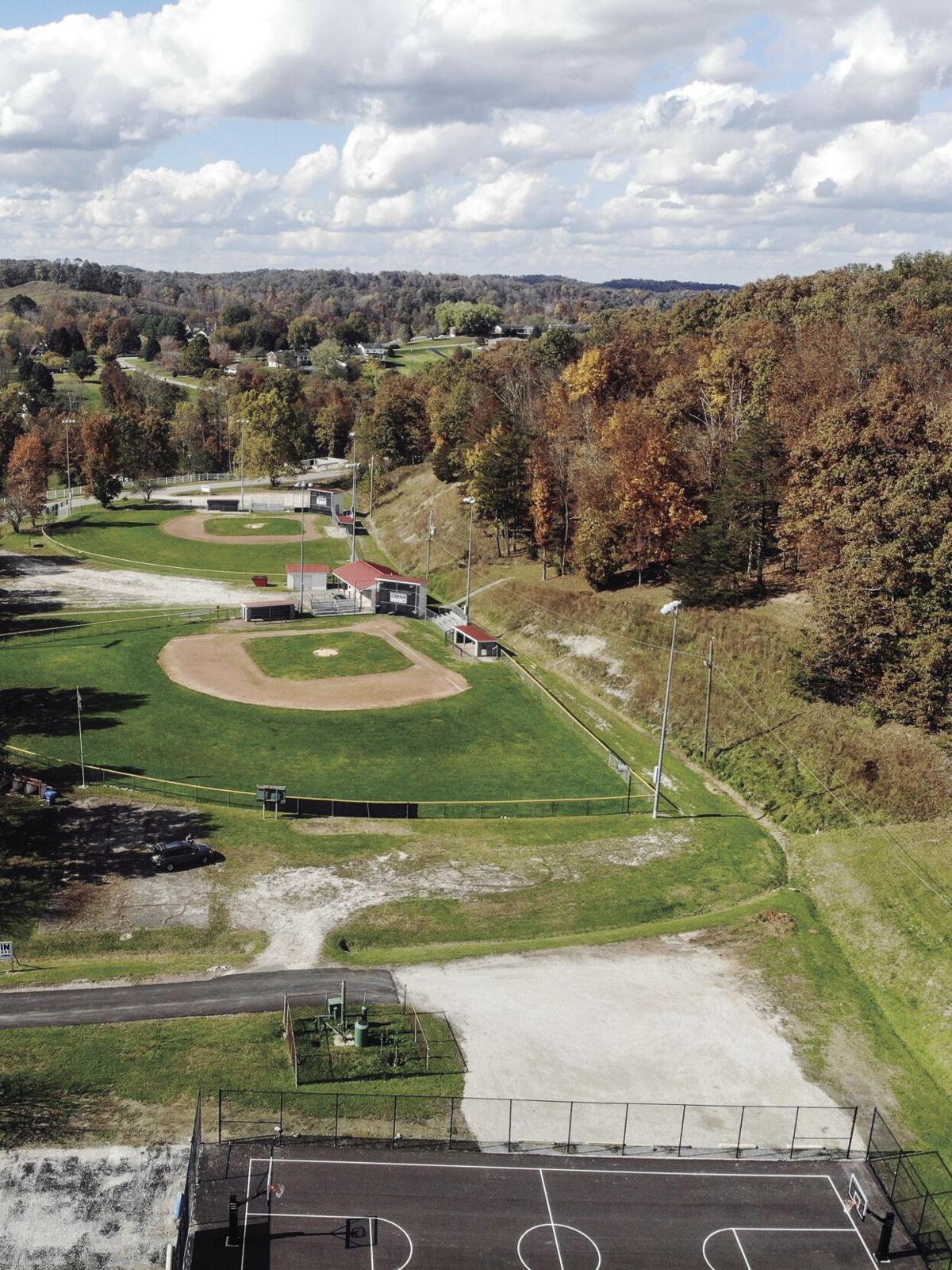 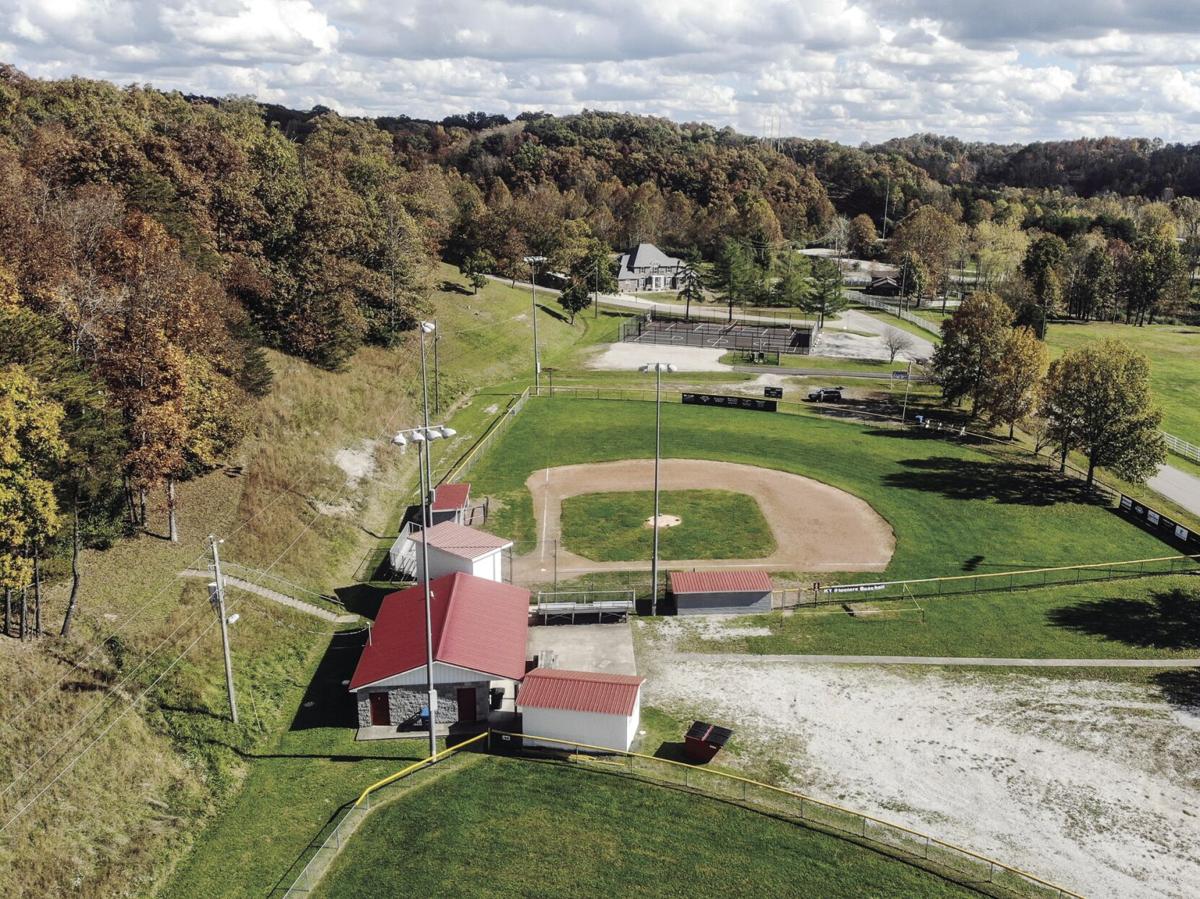 CATLETTSBURG If you turn down Ponderosa Drive, it might lead to a stroll down Memory Lane.

It does for Boyd County Judge-Executive Eric Chaney, who grew up in Briarwood, a neighborhood nearby.

That’s why Fannin Park was so important to Chaney. It’s where he and his buddies spent a lot of time playing ball.

While the baseball fields remained in use and were cared for by Derek Jones, who Chaney said uses it in connection with a travel baseball team, the rest of the park had been neglected.

“When I say neglected, I mean the grass wasn’t being cut,” he said. “Other than the baseball field, it was in shambles and the reason was, when I talked to a few people, they said, ‘Why would we spend the money? Nobody uses it.’ I said, ‘Nobody uses it because you haven’t spent any money on it.’”

“I called (him) and said, ‘You buy the paint, I’ll paint the chain-link fence myself on the old tennis court,’ so he did,” Chaney said, adding when he took office, he and other officials worked together on a plan to cleanup the park.

“Prichard Lawn and Tree Service came in and cleaned it up on the hill — cut the grass, cleaned up all the fallen trees and got everything back in shape for us,” he said.

To maintain funding for the park, Chaney said they decided eary on to offer naming rights to the combination basketball/tennis/pickleball court, which were purchased by Clark’s Pump-N-Shops.

Rick Clark and his brother, Brent, own the chain of convenience stores, which paid $30,000 for the rights. The park will continue to be called Fannin Park.

“The (Ethel Fannin) Fannin family owned all that farmland that is Briarwood and turned it into a subdivision and had a beautiful forethought, ‘What if we had a park attached to the subdivision?’” he said, noting the park that dates to the 1970s is leased to the county at a low cost, and the park maintains and manages the property.

“It’s a top-of-the-line facility with unbelieveable new equipment, new blacktop and striping for the tennis court,” Chaney said. “It’s just beautiful and kids now have something to do.”

Rehabbing local parks is nothing new to Rick Clark. He said his company has been involved with fixing up parks throughout the county.

“We’ve always been a company that gives back to the community,” Clark said. “It’s for the kids. You have to have activities for them to keep them out of trouble, and I think the parents appreciate it, too.”

He called the park a “first-class facility” and said he appreciates customers who have made the stores successful.

“Our customers who do business with us on a regular basis are the reason we’re able to give back,” he said. “We’re proud to be a part of it. I want to see this county prosper. I feel like we’ve been behind the times with all the job losses and closings. I just hope other businesses get behind us.”

Feedback has been positive, Chaney said.

“I can’t tell you the number of calls we get thanking us, but it’s not about getting a thank you,” he said. “It’s about providing opportunity. When I grew up, I spent a lot of time in that park playing basketball, baseball, running. It was just so frustrating to see that place completely stripped. The fiscal court has done a fantastic job bringing it back.”

He said he hopes to bring combination courts to parks throughout the county.

“It’s a beautiful park and there’s no better way to give back to the people than parks and recreation,” he said.