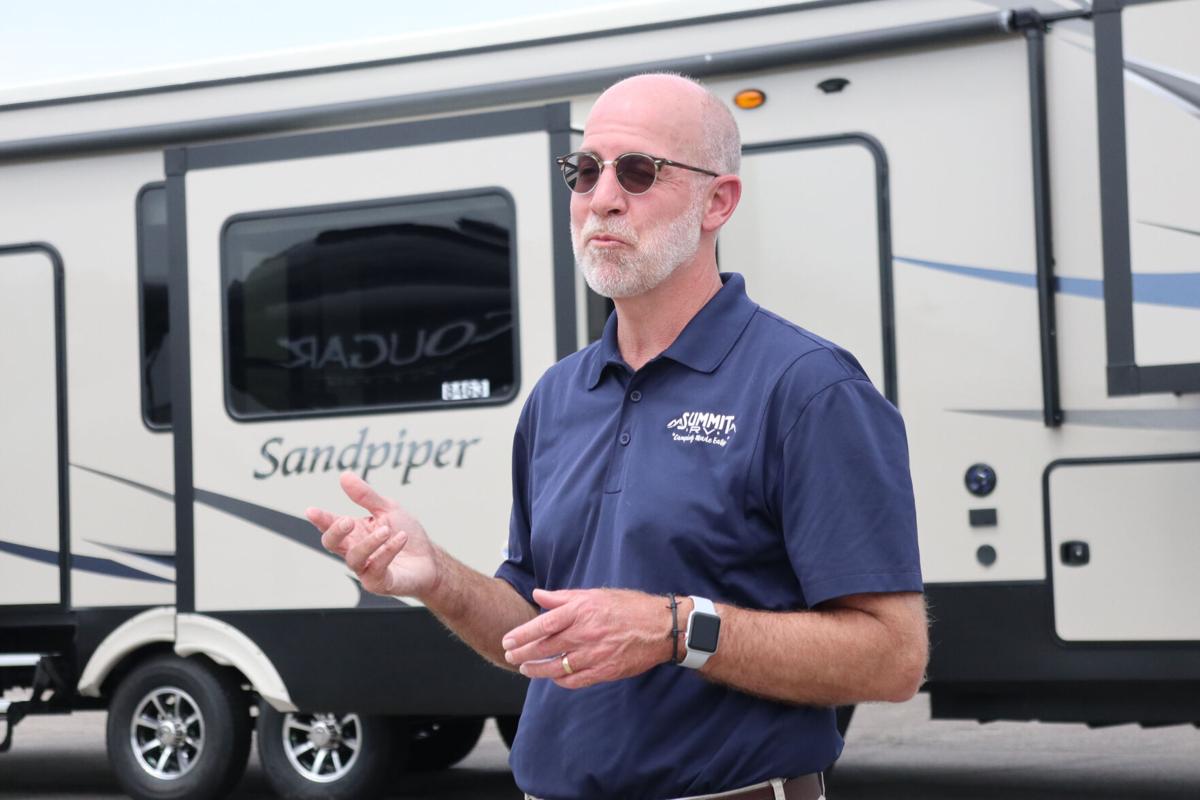 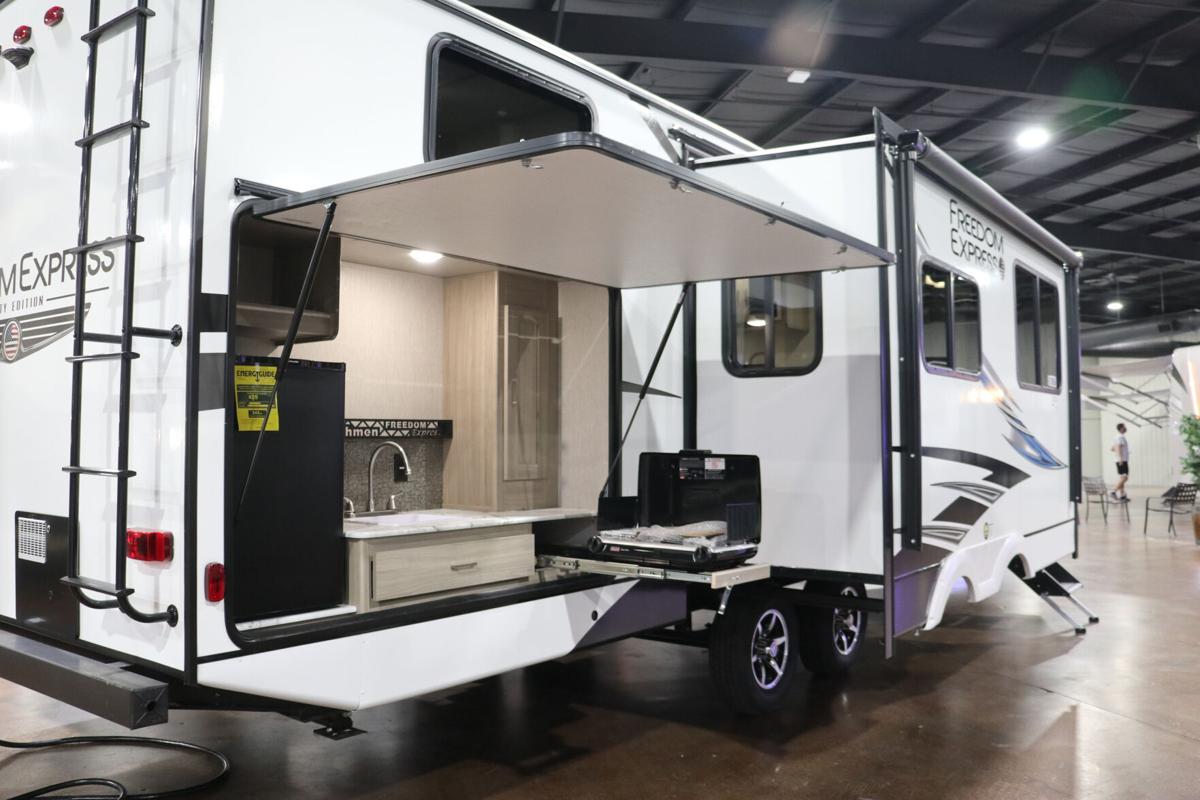 Matt Jones | The Daily Independent A trailer sits inside Summit RV on Thursday. 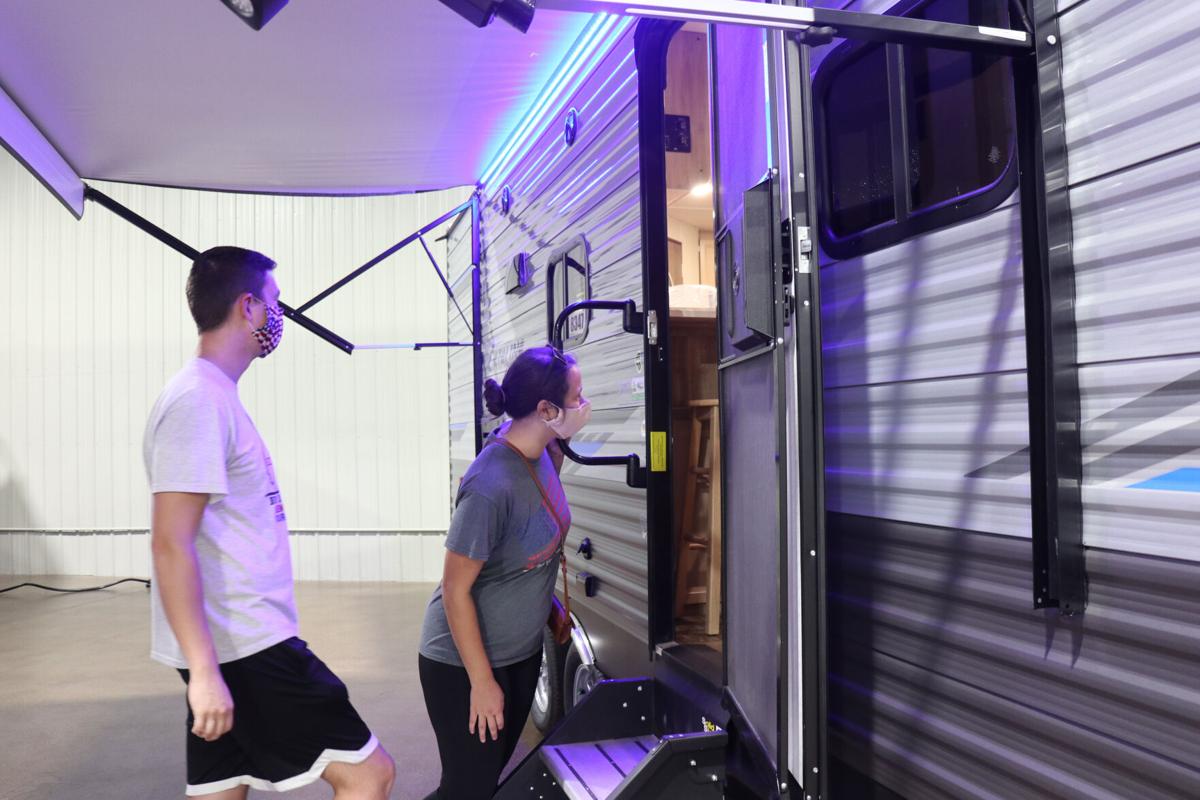 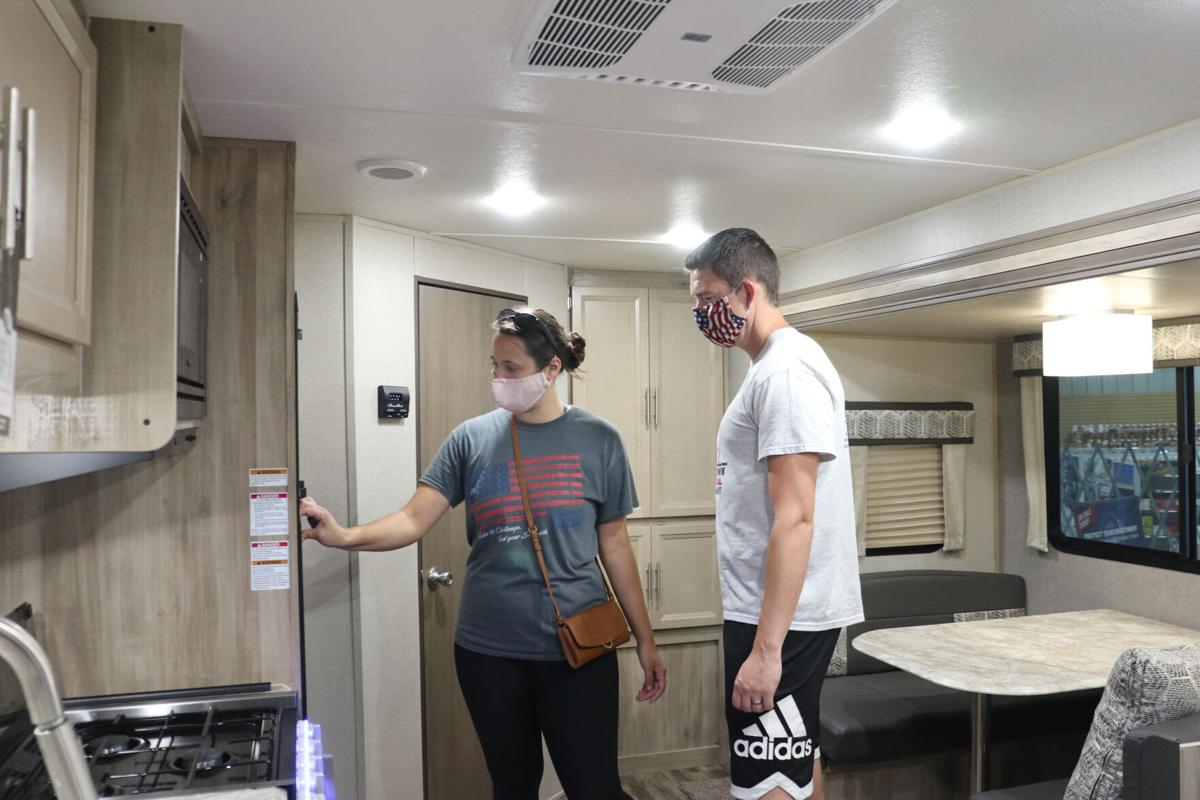 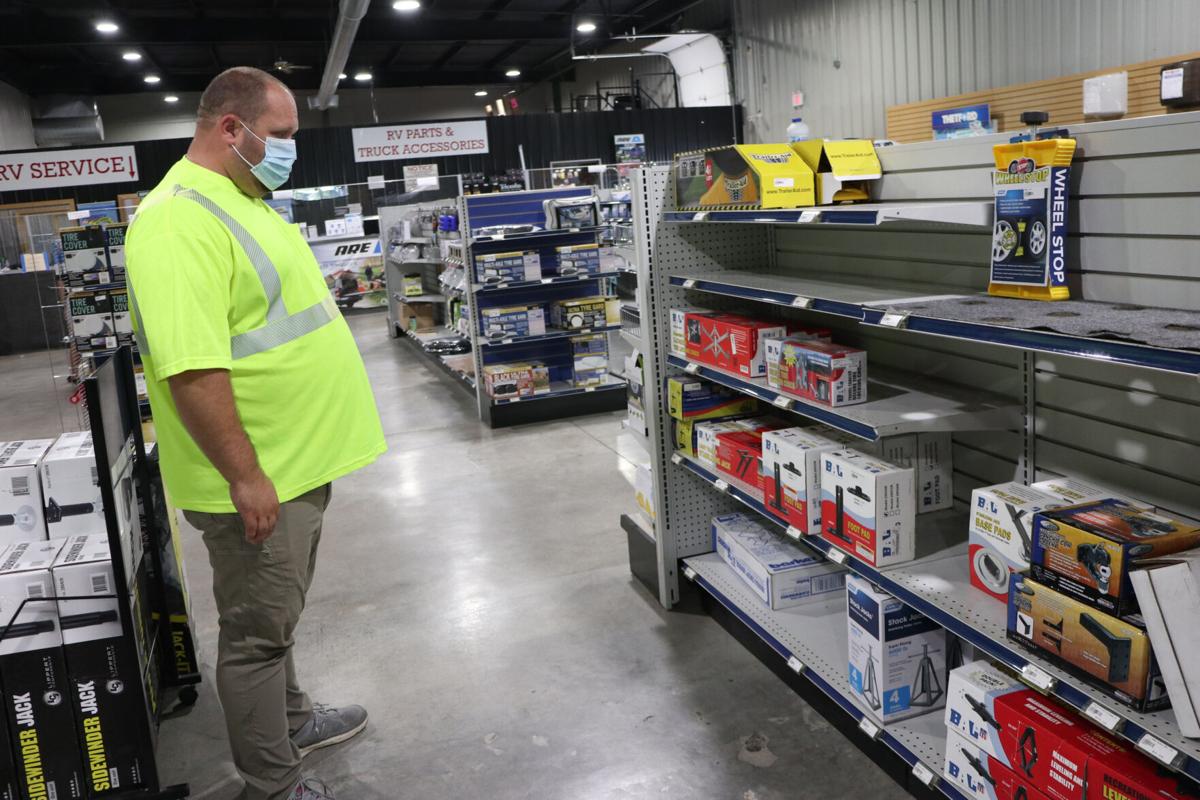 Matt Jones | The Daily Independent Ironton’s J.D. Pancake looks for stabilizing jacks for his trailer on Thursday at Summit RV. The trailer, bought in June, is the second Pancake bought from the dealer.

Matt Jones | The Daily Independent A trailer sits inside Summit RV on Thursday.

Matt Jones | The Daily Independent Ironton’s J.D. Pancake looks for stabilizing jacks for his trailer on Thursday at Summit RV. The trailer, bought in June, is the second Pancake bought from the dealer.

If any type of vacation is most conducive to a pandemic, it might just be camping.

The numbers back that up.

James Bradley’s family has owned Summit RV since 1976. During this past spring and the current summer, Bradley said business has been strong.

“We’re seeing quite a few more new people entering the market, which is really great,” Bradley said. “We’re seeing more people who RV’ed in the past returning.”

As Bradley noted, there is a bevy of campground options in the tri-state area.

James Ramey, owner of Pioneer Used Auto and RV sales in Lavalette, said he saw the most sales of his career in the last two months.

“When this hit in March, I was terrified I was going to lose everything,” he said, noting it’s typical to sell two or three campers a month. “But we sold two or three campers a day. It was unbelievable. We put them online and reduced the prices and they sold absolutely the fastest I’ve ever seen. We had people come from North Carolina to buy.”

While the pandemic was the reason he was concerned about slow sales, it’s also the reason sales have been swift.

“People are afraid to travel and the only way they feel safe is to go to campgrounds where they can keep their social distance,” Ramey said.

Despite their popularity, he said he has no plans to sell RVs again.

“You don’t know what’s going to happen next,” he said.

J.C. Spearry, general manager of Patriot RV, said he refers to the interest in camping as the “COVID Camping Craze.”

He said inquiries to the 2-year-old business have come from phone calls, the website and social media platforms.

“From May 11 through July, we were getting 28 inquiries a day from whatever outside source,” Spearry said. “Since July 28, we’ve been averaging 48 calls a day.”

He said they expected healthy sales this year and was prepared for growth, so he ordered plenty of campers for the year.

“That saved us,” he said. “But the problem is I bought (inventory) for the year, not a few months.”

Many of these customers have never camped.

He said they typically spend an hour and a half with buyers, showing them how to maintain and work the vehicle, and with those who are buying for the first time, he even encourages them to shoot video of some procedures.

“Everybody is looking for a value-priced camper with bunk beds,” he said. Most are 23- or 26-feet long. “They are economical for families and they can still have small payments.”

“There are two ends of the spectrum,” Spearry said. “Families with kids for one, and the other end of the spectrum is middle-aged and older couples looking for couples campers with queen-sized beds, kind of small, not a bunch of other beds because they’re in that sweet spot where they’re highly susceptible to COVID.”

Inventory of used vehicles also is down. The usual 45 or 50 is down to nine.

“I got three in yesterday and they’re all sold already,” he said.

The pandemic, of course, has spurred a lot of interest in camping among those who want to stay away from hotels, motels and other people.

Some, though, are ready to break away from camping with their parents and take their own children closer to nature for vacation, Spearry said.

Whatever their reasons for camping, Spearry said he encourages camping hopefuls to compromise if it will get them camping sooner.

“If people are looking to start building memories with their families and enjoy the outdoors, they need to compromise,” he said. “Get something and get out there and start making memories.”

At Setzer’s World of Camping in Huntington, sales have been brisk, but owner owner Lynn Butler said she doesn’t have figures to show the increase.

“We are considered an essential business so we didn’t shut down, but there was a period of time (during the pandemic) that we weren’t selling much,” Butler said, noting they continued to provide service and parts. “There are people who work out of town and stay in a camper for their home.”

She said they sold to a few nurses who needed dressing rooms and places to stay to keep separated from their famillies.

As of May, sales began to pick up and they’ve stayed up.

“We’re selling mostly mid-priced to lower-priced, entry-level campers with bunk beds,” she said. “We’re selling to a lot of families and first-time campers who are using this for their vacation. They don’t want to fly or go to Myrtle Beach or stay in a hotel.”

She said inventory is difficult to keep, she believes, because manufacturers and parts supplies have scaled back to allow for social distancing.

Butler said she’s glad people have realized camping is a safe way to vacation during the pandemic.

“I feel like that was a very safe place for people to be,” she said. “Staying in a camper, eating and cooking in your trailer and using the bathroom in your trailer, it doesn’t pose a danger to other people.”