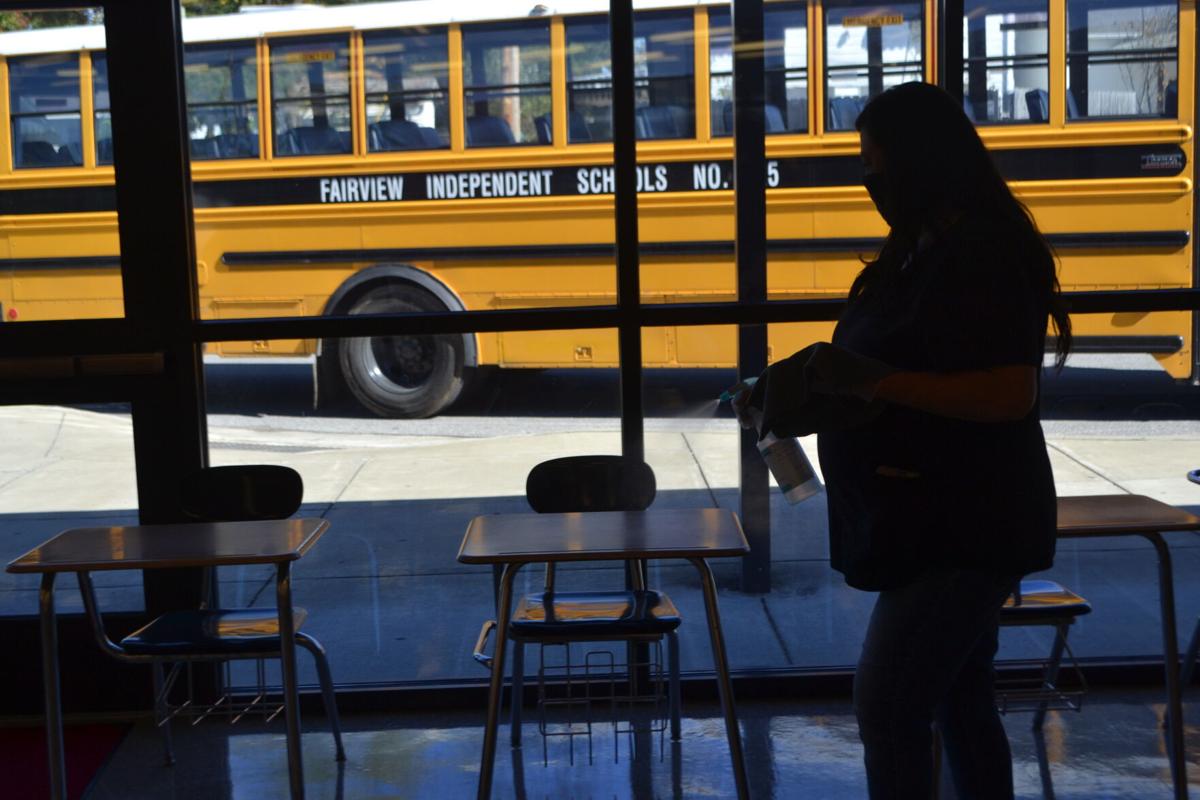 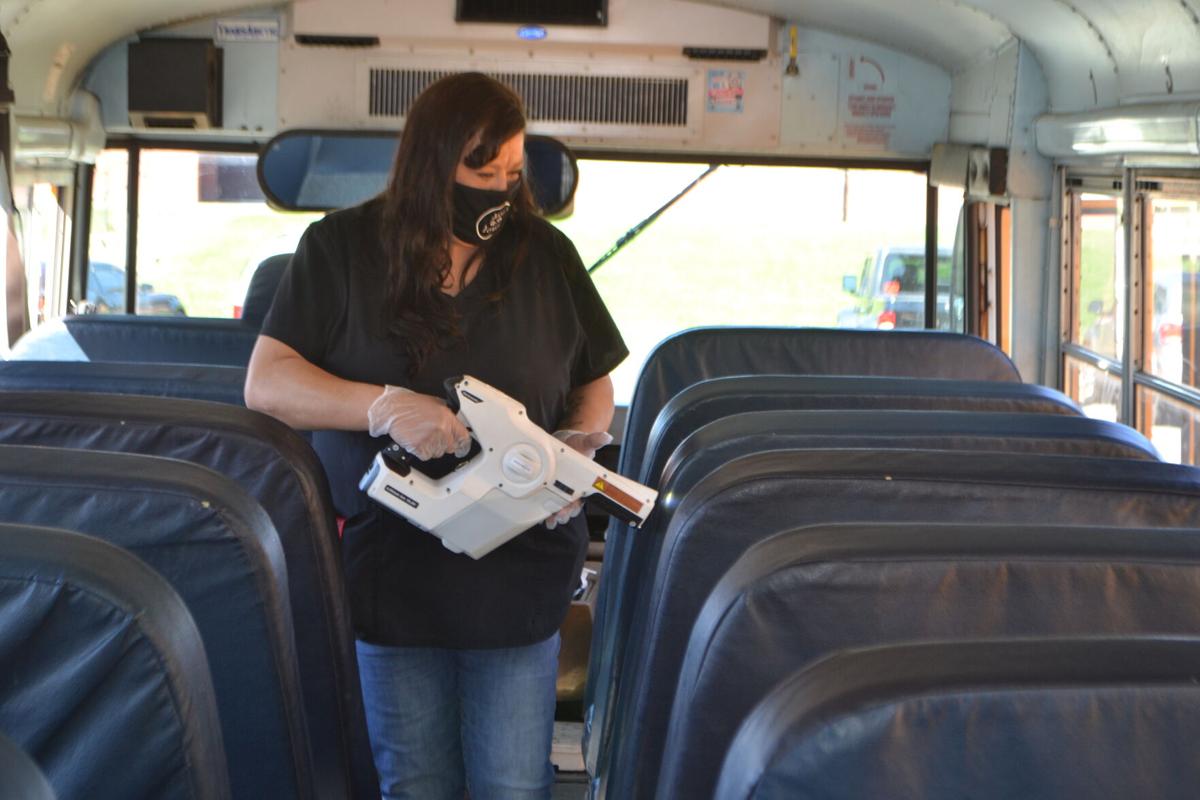 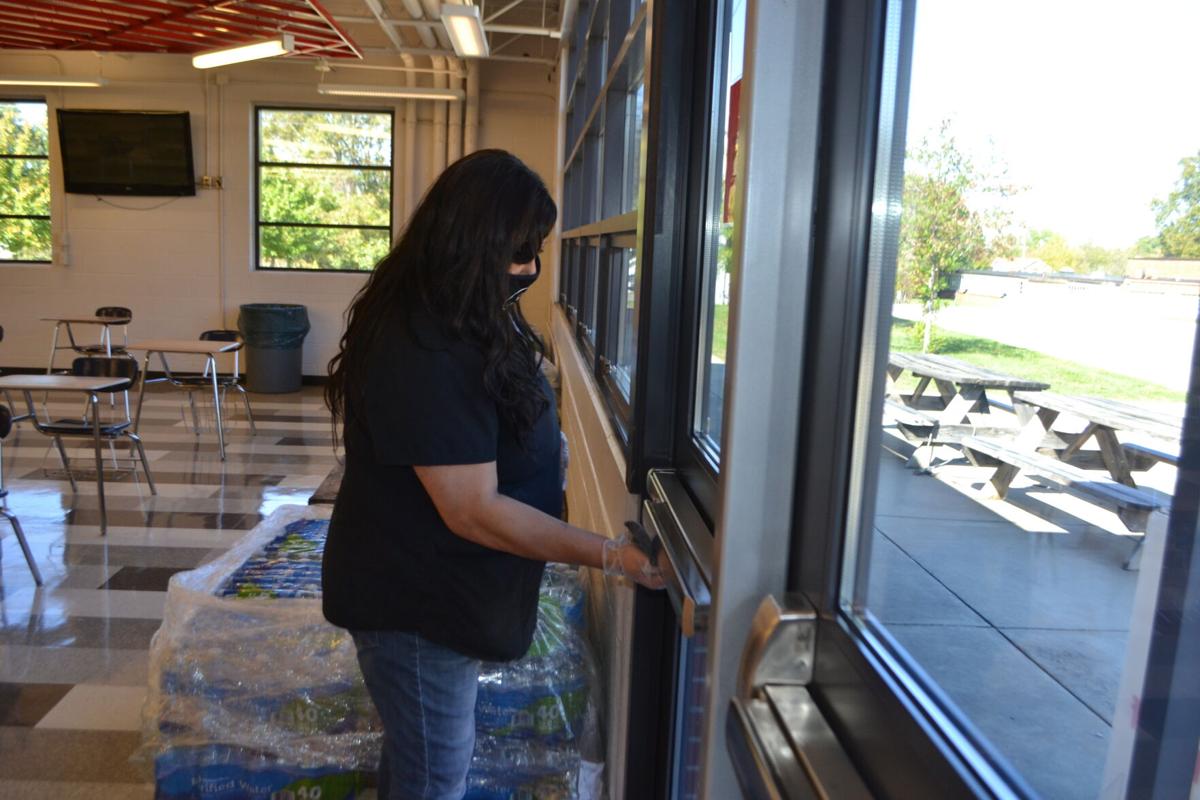 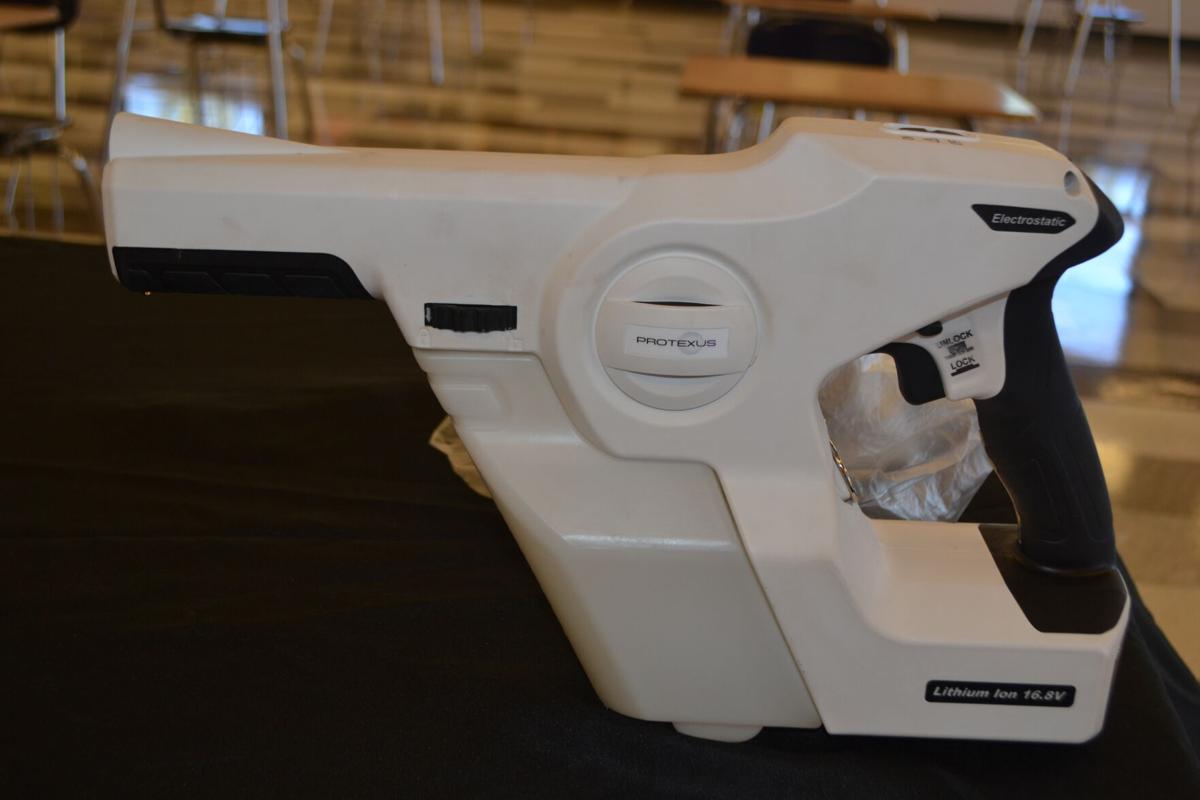 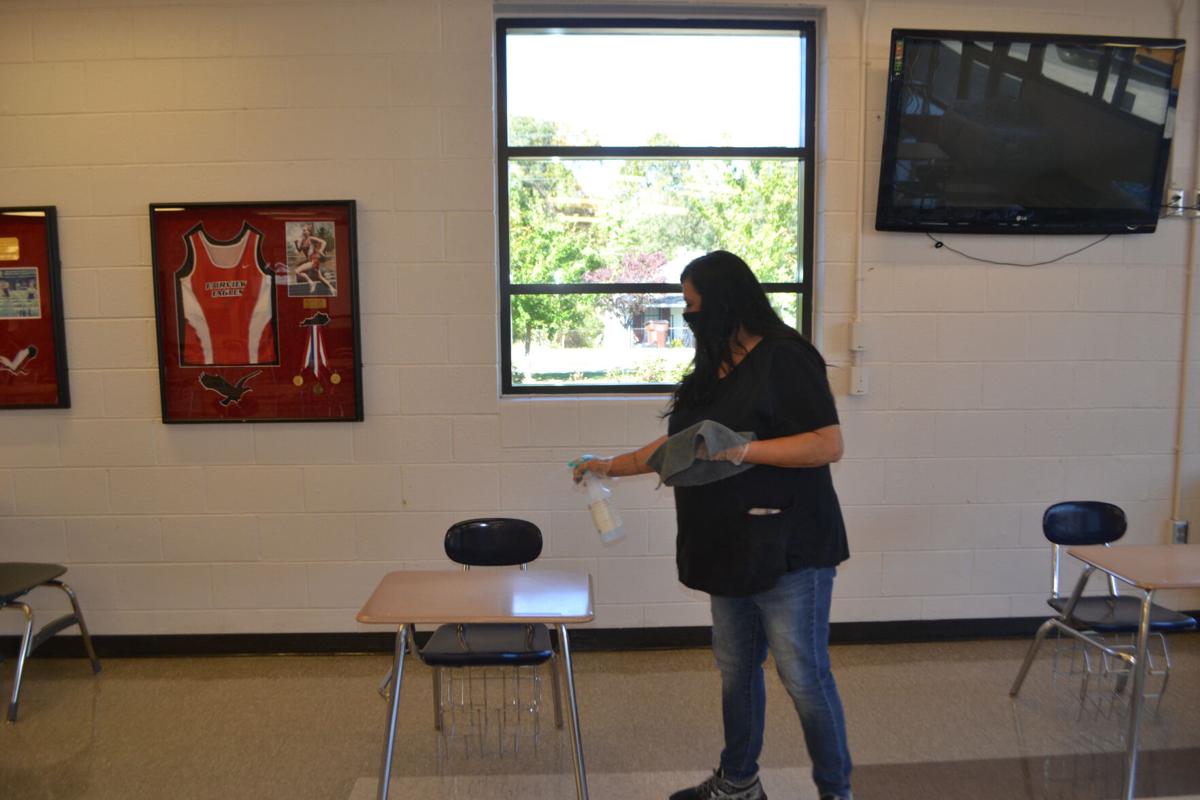 If you follow Pam Danner during her shift at Fairview High School, you won’t sit down much.

Danner is the daytime custodian and her job, as she puts it, “is to sanitize every surface a child will touch.”

That means door handles, light switches, restroom faucets, cafeteria tables and anything else from which students might pick up viruses.

“I’m real aggressive. I’ll clean a door every time someone goes in and out. You won’t see me sitting down here very often,” she said.

Danner is one of two custodians whose jobs are to keep the school as utterly clean as possible. The other works nights and does top-to-bottom cleaning of the building.

They, and their counterparts in other schools, are vital in keeping the COVID-19 virus from spreading in schools. So are teachers, who these days spend the minutes between classes wiping down desks with a rag and a spray bottle of anti-viral cleaner.

All the cleaners they use are approved by the federal Food and Drug Administration for anti-COVID applications, and they use cleaning methods as recommended by the manufacturer.

Constant cleaning and deep-cleaning are not new routines in schools, where flu season hits every year and requires additional sanitization. But pandemic conditions make it like an unending flu season.

So besides cleaning the restrooms, classrooms, cafeteria and offices, custodians like Danner wipe doorknobs and other frequently touched surfaces frequently. “It’s all day long. I’m behind everybody. ... I have to be alert and aggressive. I have to think on my feet. But I have children and I know what they are capable of,” said Danner, whose 8-year-old son is a Fairview third-grader.

Danner also cleans the buses. Each gets a cleaning four times a day — once for each run and once at the end of the day. She uses a device that sprays an almost invisible mist, its electrostatic particles envelop the seats and kill any viruses lurking there.

The devices, which look like high-tech Nerf guns, also see some limited use cleaning classrooms. The district has only one per building. It would buy more, but the pandemic has created a heavy demand. Hospitals and first responders snapped up virtually the entire supply in the spring and since then the devices have been on back order, said Ben Coleman, director of district-wide programs.

Fairview, a small and until recently financially precarious district, makes do with one custodian per shift per school. But they get the job done, Coleman said. “One person is doing three people’s jobs. And they do it with a smile on their faces. They do it gladly. They have kids in school too,” he said.

Teachers like Holli McClelland are pulling their weight in cleaning their classrooms, which they have to do every class change. In pre-pandemic times, she straightened up the classroom at the end of each day, said McClelland, who has taught science at Fairview for nine years. Now, she grabs a spray bottle and rag from the cart at the front of her room as soon as one group of students bolts out the door.

At each desk, she sprays and wipes the desktop, seat, back, and the chromed steel frame that holds it together. Kids in the next class know by now not to sit down until she is done. “I’m usually out of breath by the time I finish. But the kids are patient,” she said.

“The kids want to jump in and help,” Coleman said. However, they are not allowed to help, he said.

On the other hand, it is not unusual to see non-custodial district employees, from administration on down, pitch in, he said. “You will see anybody, anytime, pick up a bottle of spray and start cleaning — assistant principals, guidance counselors, teachers — it’s become second nature to them,” he said.

Chipping in on cleaning takes its toll — particularly on time. So teachers stay late, Coleman said. “If you come her at 6 at night, you will see 75% of the staff here getting ready for the next day,” he said.