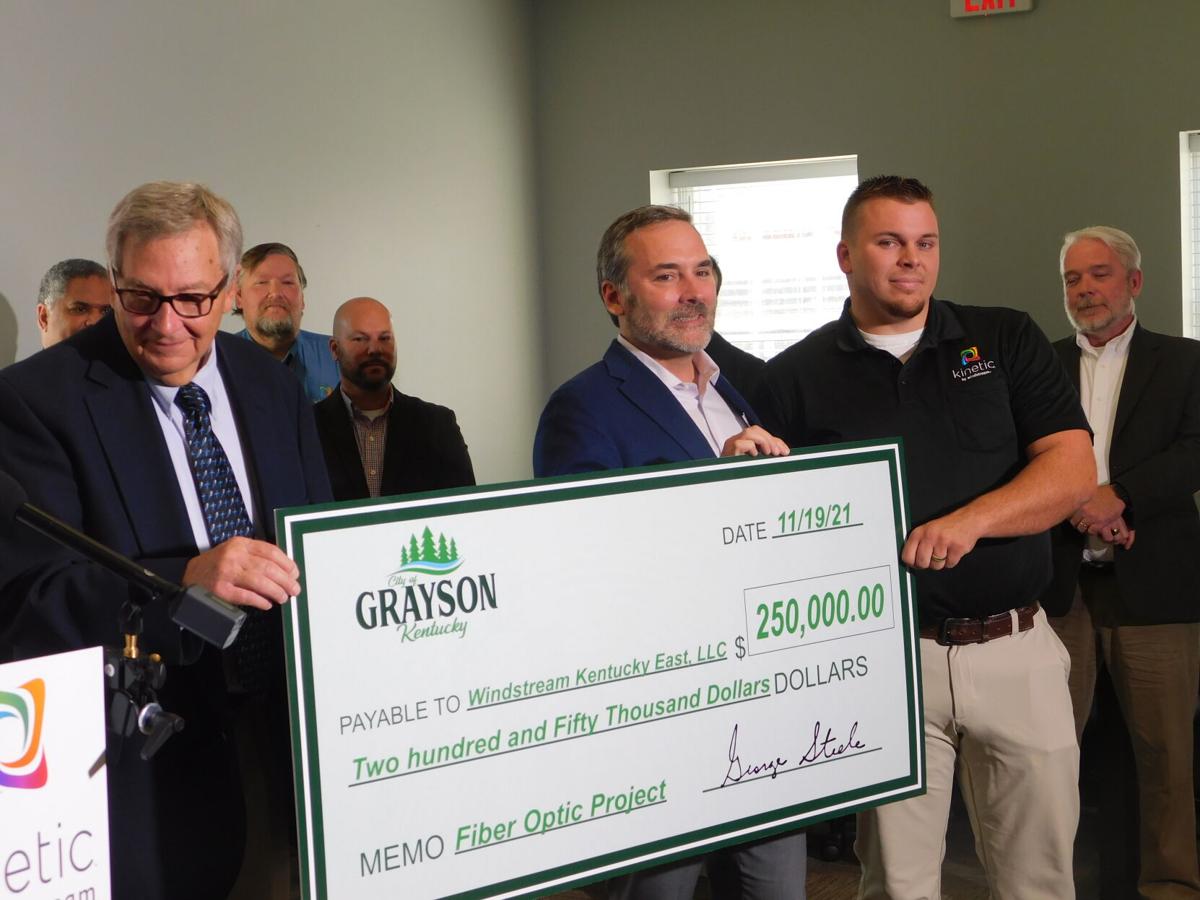 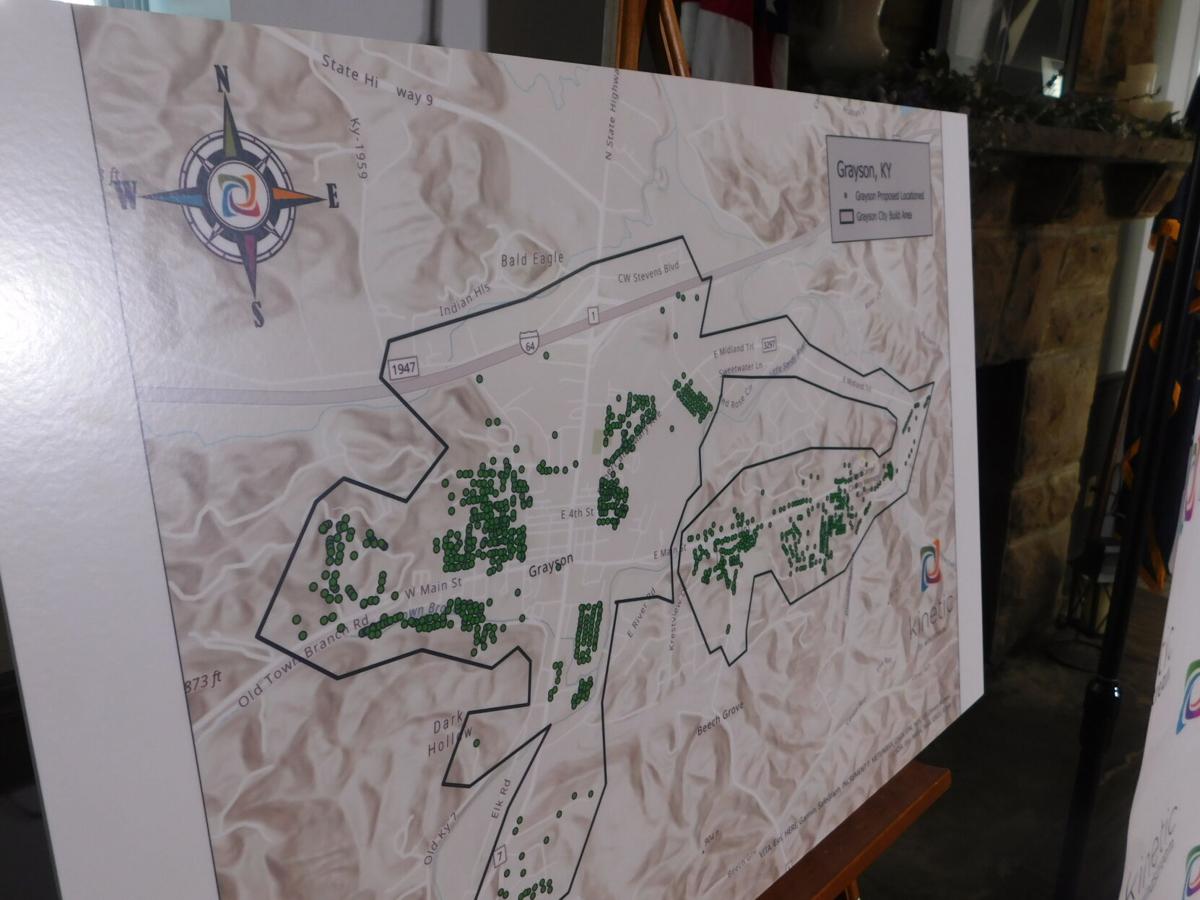 GRAYSON The City of Grayson announced on Friday that it was partnering with Windstream/Kinetic to bring faster internet to the city through the building of a fiber optic network. The city will be investing $250,000 (Windstream will invest $685,000) in the new network which promises to bring high-speed internet to businesses and residents.

Grayson Mayor George Steele welcome those gathered in what he called “a big day in the life of the city.” Steele recognized three groups he said made the partnership possible: the businesses and residents of the city, the city council, and Windstream/Kinetic.

“Our lives are interwoven throughout the world,” Steele said. “And that connection is through the internet. Today we are happy to announce a new era, a new connection, with the outside world.”

Steele went on to say he was excited about the increased potential for growth in the city that will be made possible by the new network. He was also pleased that the new network will facilitate online education and be a draw for new businesses to locate in the City of Grayson.

Brian Harmon, President of Operations in Kentucky for Windstream, said he was excited to be able to announce the partnership with the City of Grayson on the 1 Gig Build Plan, which he said will be completed by November 2022.

“This is a huge step forward for Grayson,” Harmon said. “This is our first partnership with a city. And we look forward to expanding that across the state. And our ultimate goal is to provide 1 Gig broadband to all of our customers.”

Windstream has also submitted for the broadband fund for the rest of Carter County.

“It is a good day in Grayson,” said Tony Thomas, President and CEO of Windstream. “How exciting is this? We refer to this as 1 Gig Symmetrical speed, but that is just tech talk for blazing fast internet speed.”

Thomas also said he was excited to be entering the first partnership with a city, and that the partner city is Grayson.

“Internet is the essential nervous system of the modern economy,” Thomas said. “And the Mayor and Council of Grayson are forward thinking enough to recognize that. It’s how work, education, and health care gets done.”

State Senator Robin Webb said, “This project is a great start to a partnership with a company that has always listened to my concerns. I have worked with them for many years, and they have a good team on the ground in Frankfort. Our No. 1 priority at the General Assembly is to get viable internet to our area, particularly eastern Kentucky. The pandemic has brought it more to light than ever, with educational and vocational issues.”

State Representative Patrick Flannery said fast internet is no longer a luxury, but a necessity.

“It’s about jobs, economic development, workforce development, education, and health care,” Flannery said. “These are all issues that are very important to us all, and they are bipartisan issues as well. This is a very exciting day that gives us hope and opportunity.”