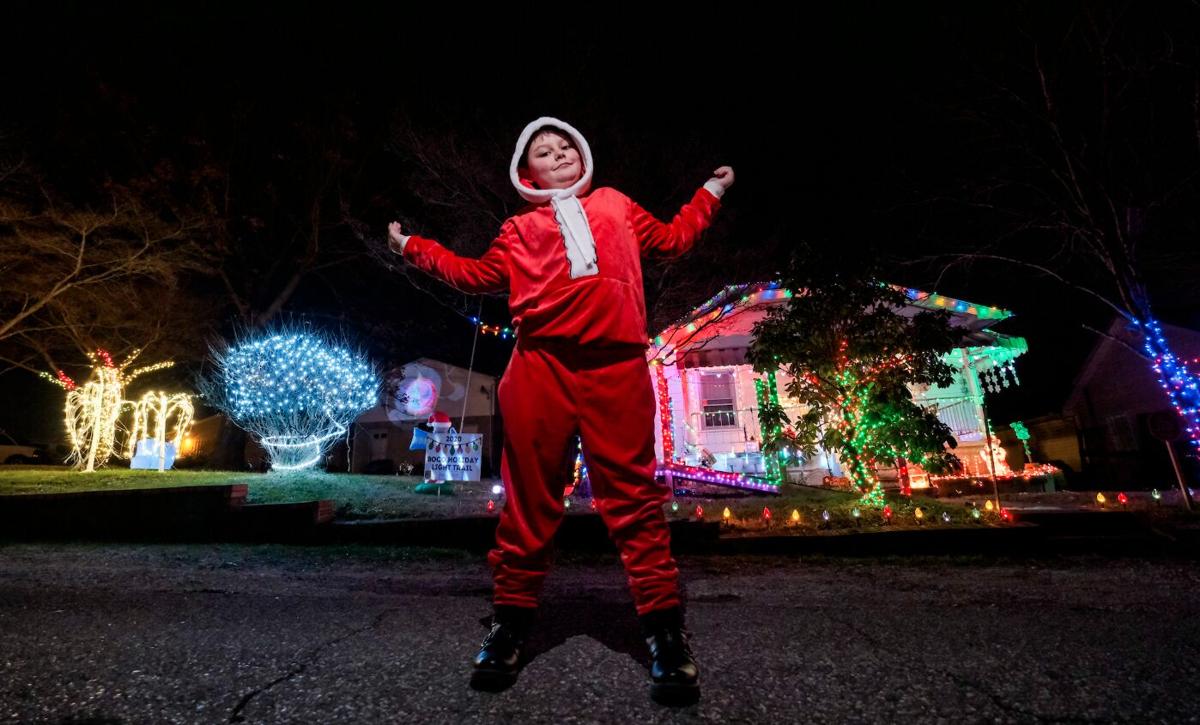 Patch Conley shows off the lights display in front of his house in Westwood. The Conley home is part of the 50-stop BOCO Light Trail. 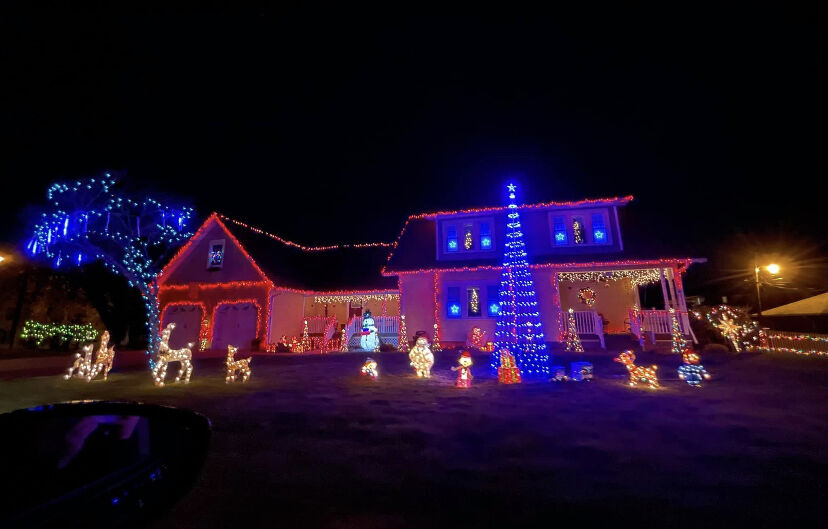 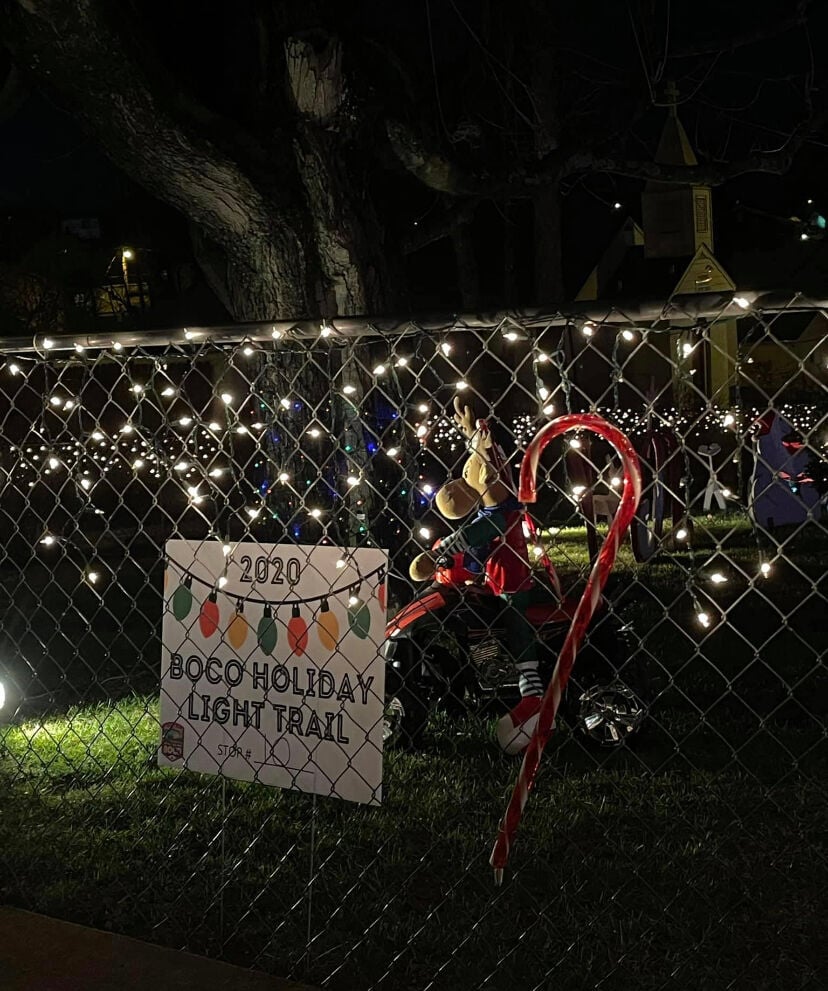 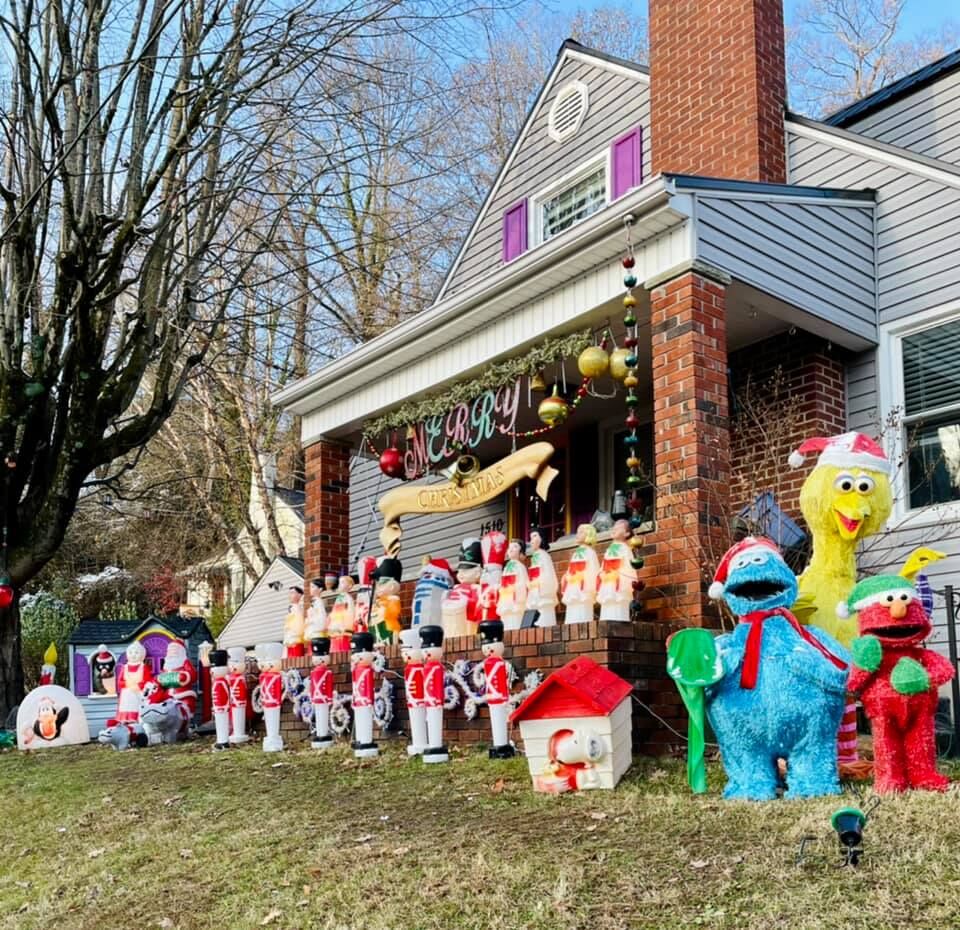 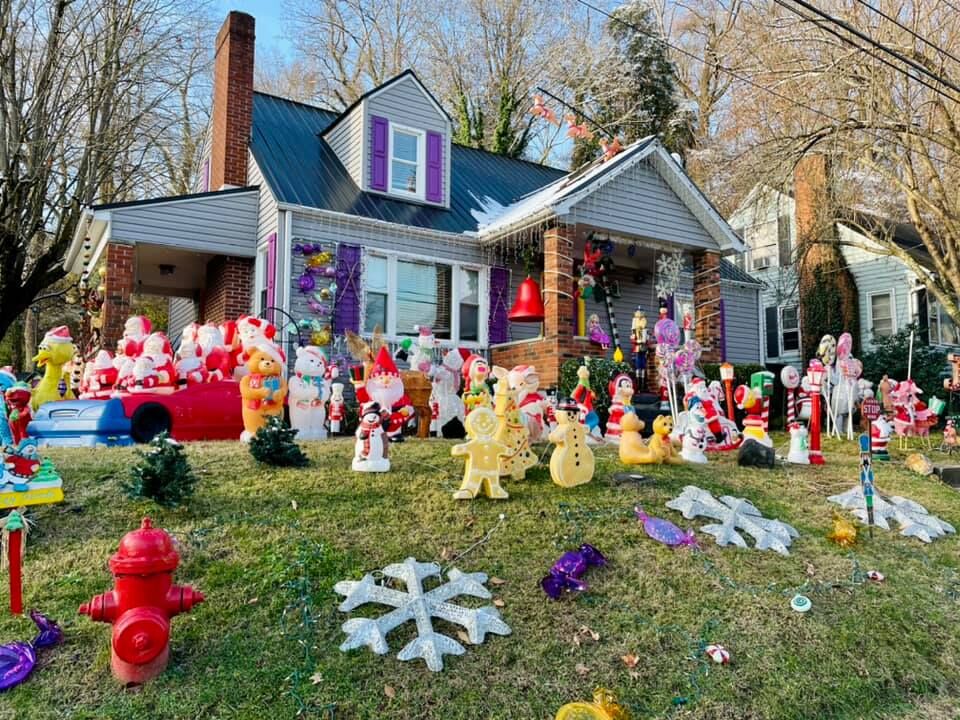 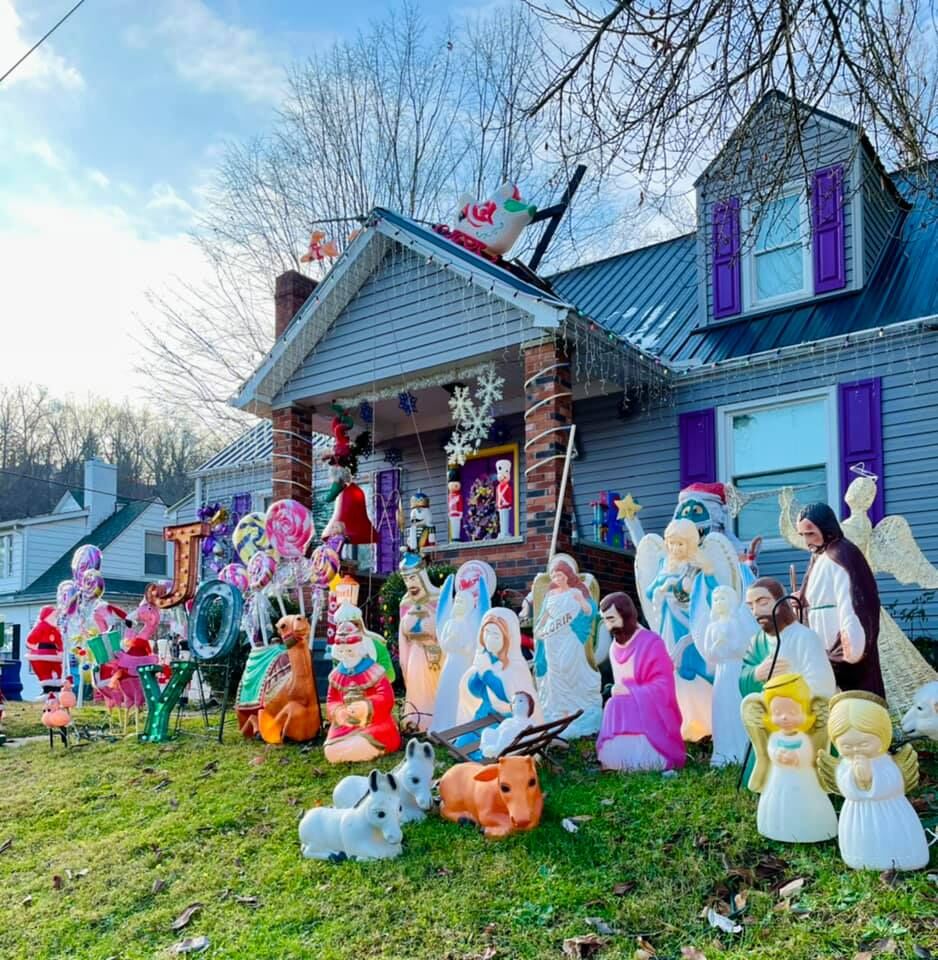 Patch Conley shows off the lights display in front of his house in Westwood. The Conley home is part of the 50-stop BOCO Light Trail.

ASHLAND Scott Conley just wants people to see his Christmas light display. If it can be seen from space, even better.

The 40-year-old Westwood resident's display contains more than 16,000 bulbs, seven projectors and a couple of inflatables.

"My son (Patch, 9) says it can be seen from space," Conley said. "I'm not confirming or denying that."

The Conleys’ house is one of the many on the BOCO Light Trail, organized by the Boyd County Tourism and Convention Bureau.

Justin Pruitt, director of Parks and Recreation at Boyd County Fiscal Court, said there are 50 stops on the tour. It's made easy by the use of technology.

"Light trail guides have been split up by neighborhood. Just click the corresponding link for the neighborhood you would like to tour. If you don't like to use GPS, feel free to view from your computer to print a turn by turn map,” Pruitt said.

Pictures of the displays are on the bureau's Facebook page.

Pruitt said Courtney Gillette, executive director of the Boyd Convention and Tourism Bureau, got the idea from another county and spearheaded the project, which includes more than 50 homes.

"She did a great job getting it together," Pruitt said. "We thought this year has been rough and this is something you can just hop in the car with your family and go drive around."

Visitors will have until Dec. 26 to see the lights, with houses lit up from 6 to 9 p.m. Participants will have signs in their yards indicating they're part of the tour.

Pruitt said county officials have been pleased with the response and it's likely a project that will continue and grow.

It's more than fun for Conley, whose love of Christmas lights is rooted in childhood memories.

"When I was a little, tiny kid, my dad was legally blind, but he could see the lights," Conley said. "We made sure we drove around and looked at the lights. When I looked, it filled me up with a whole bunch of joy. I still love the feeling when I see cars slowing down and looking."

Although it's hard work getting a display together, especially in cold weather, he said he enjoys it and his son is enjoying it, too.

"This year really stunk, so anything that can make it a little better, everybody should be about it," he said.

His yard includes a multi-colored tree, a Grinch tree and a red, white and blue tree, as well as other lights.

"I like my display to have a Candyland feel, because it's a sugary sweet time of year," he said.

Those on the BOCO Light Trail will have the chance to win prizes.

As for Conley, he's not interested in a prize. He said he competes with himself each year for his display to get more spectacular.

"I'm not concerned about the money or notoriety," he said, noting the amount of money up for grabs is a drop in the bucket to the amount he puts into his display. "This is about making people happy and making my son happy. This is the time of year when I shine."