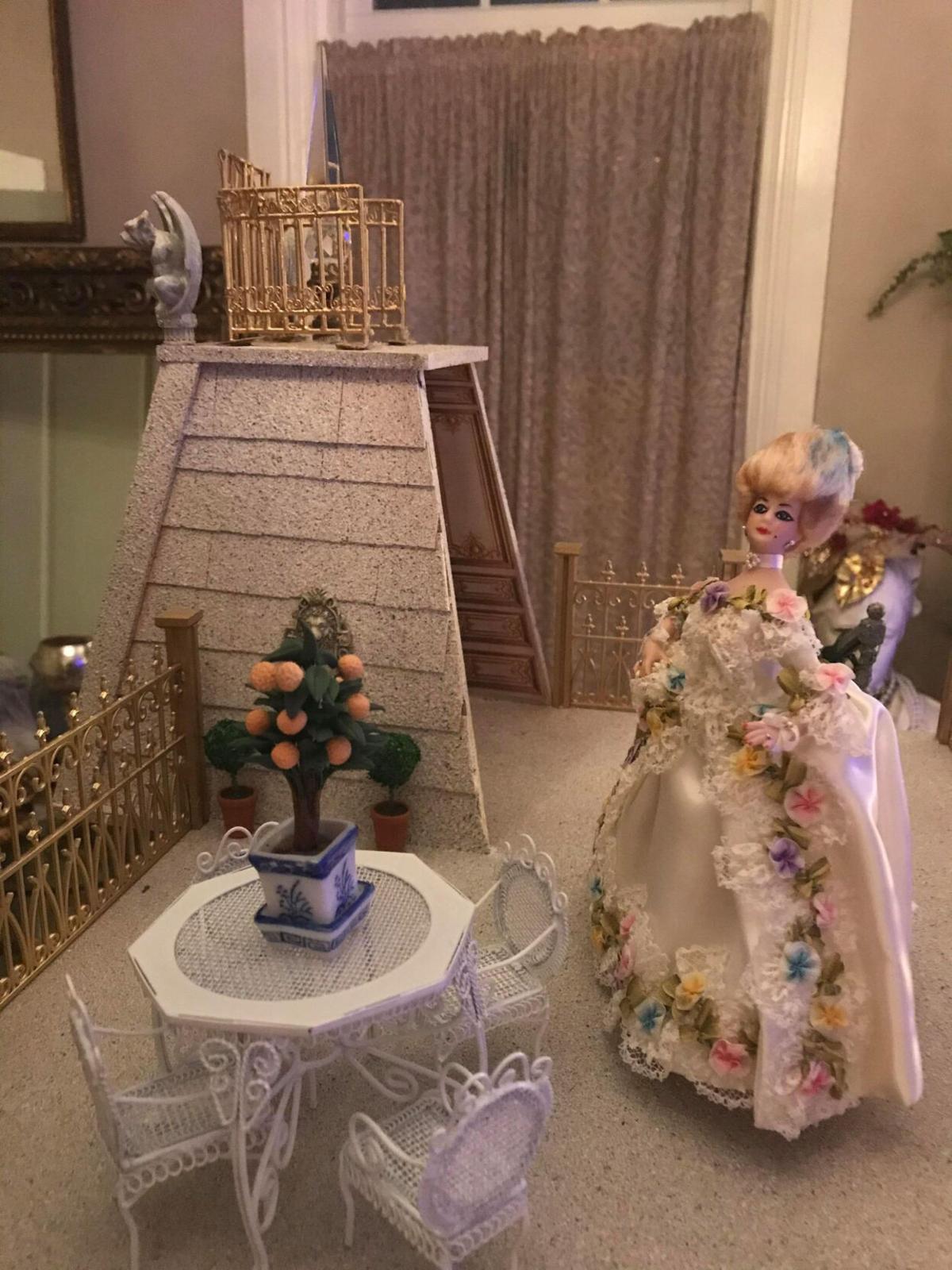 The sole doll in the house is an antique of Marie Antoinette from a Miniature Museum in Carmel, Indiana. SUBMITTED PHOTO 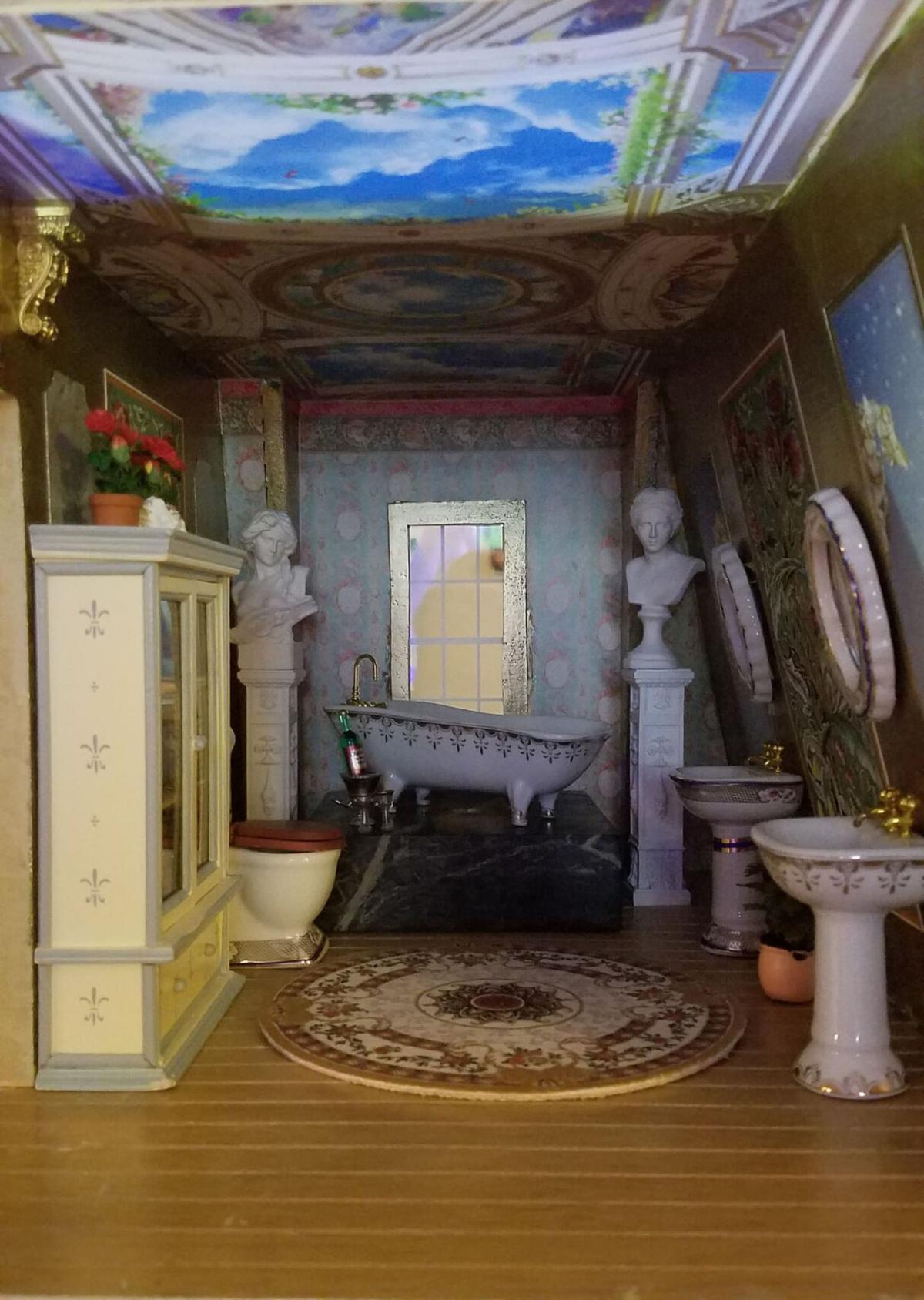 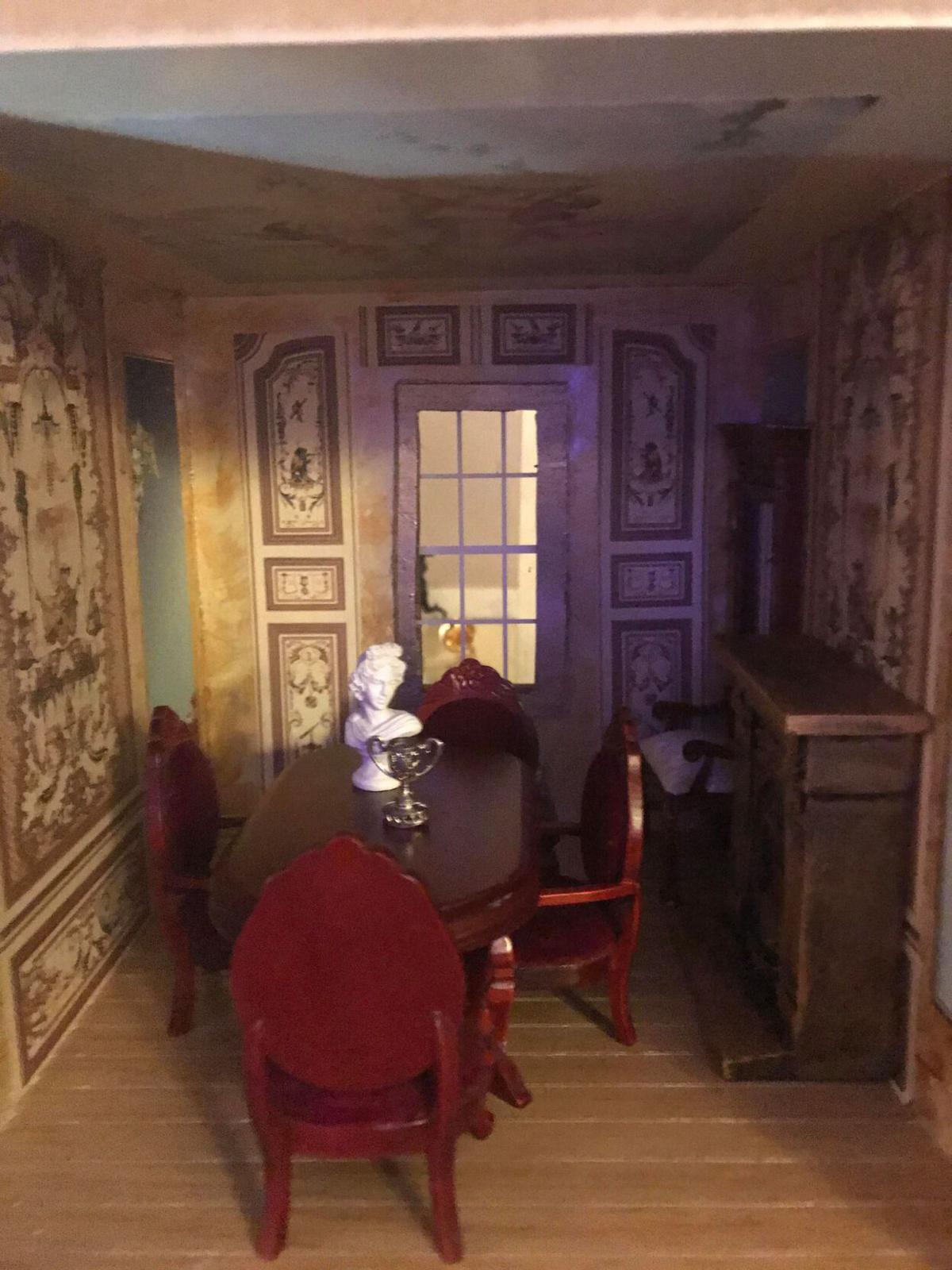 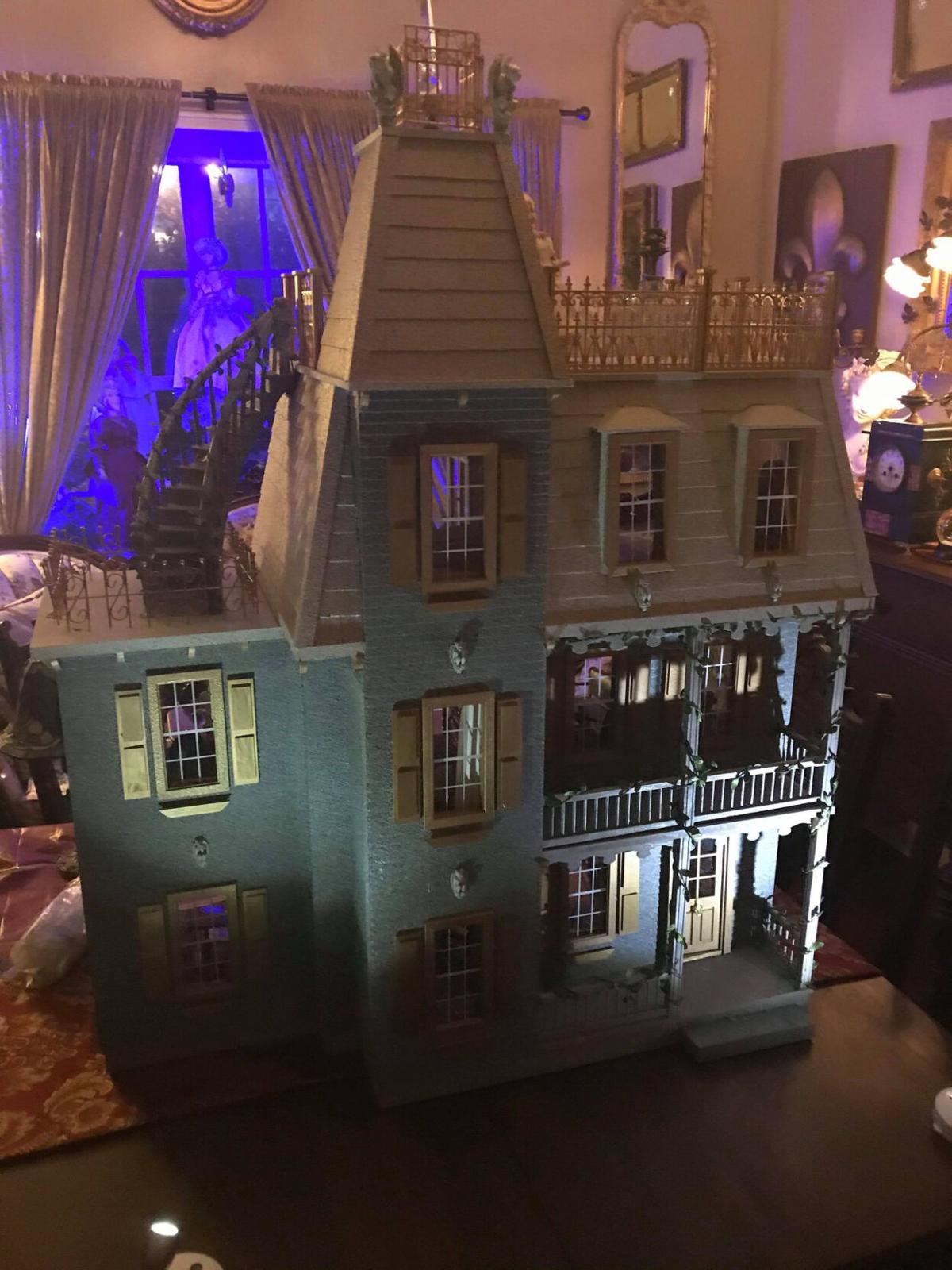 The outside was painted to look like stone by Scott Burns. SUBMITTED PHOTO

The sole doll in the house is an antique of Marie Antoinette from a Miniature Museum in Carmel, Indiana. SUBMITTED PHOTO

The outside was painted to look like stone by Scott Burns. SUBMITTED PHOTO

IRONTON A year-long creative project concluded this week, but it’s not in view during the pandemic.

Including research and construction, Drew Allen of Ironton has spent the last year and thousands of dollars creating an intricate Fairy Tale Castle in the style of the Colleen Moore Fairy Castle at The Museum of Science and Industry in Chicago.

In fact, Moore, a silent film star, and her castle, built in 1935, inspired Allen.

"All the Hollywood set designers helped her create (her castle), plus her own money and jewelry were used to make chandeliers and more," Allen said. "She did a wonderful thing."

Moore eventually took her castle on a national tour to raise money for disabled children during the Great Depression. It returned to its original home at the museum where it has been on display since 1949.

Allen enlisted Kevin Allen for help on the project, as well as artist-photographer Scott Burns, whom he calls a genius for constructing the castle.

"He painted the outside to look like stone," Allen said.

Allen's castle contains royal jewels, Cinderella's glass slippers, the rose in “Beauty and the Beast,” Aladdin's Sword, the dagger from “Snow White” — all in miniature and all prominent symbols of beloved fairy tales.

Construction and design of the castle gave Allen a chance to flex his muscles in a field he knows well. He was owner of an antique and interior design shop in Florida with three locations. He also owned the shop Decadence in three locations.

"I grew up in it," said Allen, who studied art history, architecture and design. "I bought my first antique at 9." His parents also a refinishing and shop as well.

Spaulding said when Allen called her about the project, she was familiar with the Colleen Moore house after having seen a television report about it. Still, she did some research to find just the right elements and ways of recreating the right images. Allen had requested she include a pumpkin carriage a la Cinderella.

"At first I didn't know if I was up to the task, but I really got into it and enjoyed it," Spaulding said. Much of her work was creating tapestries and applying gold and stomping to walls.

She also looked into the works of textile artists for inspiration for wall paper designs.

Allen stressed this is a serious endeavor.

"It's definitely not a Barbie or kids toy," he said. "This is a chateau filled with things from many fairy tales. It's been a pain in the butt, but I'm really proud of it and the people who made it happen."

He said he will probably name it after his mother, Andreal Lilliane. "She has done so much good in her life, all while being humble and kind," he said. "I wish I could be more like her."

The chateau makes use of LED lights, but Allen said he hopes to get electricity to it soon. He hopes to donate it some day, at which time he will add running water.

Meanwhile, he's keeping it at his home, looking forward to the day he can share the project with the public.