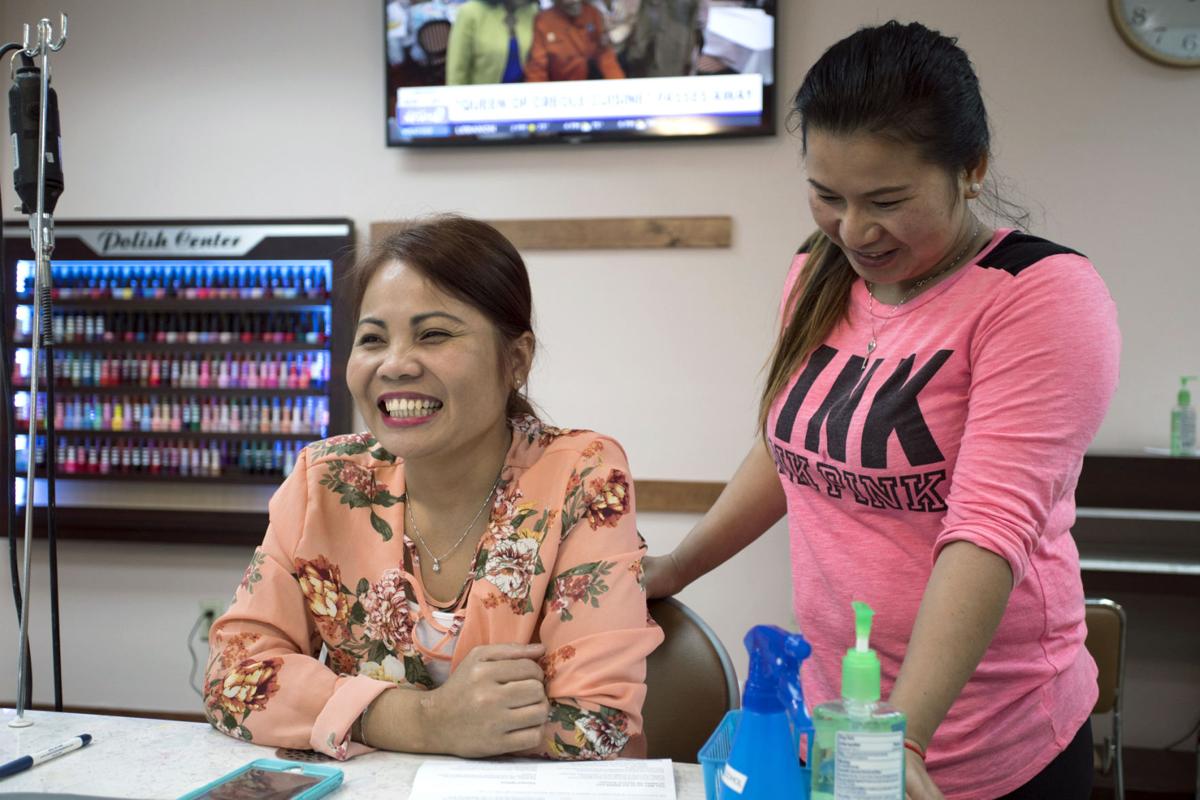 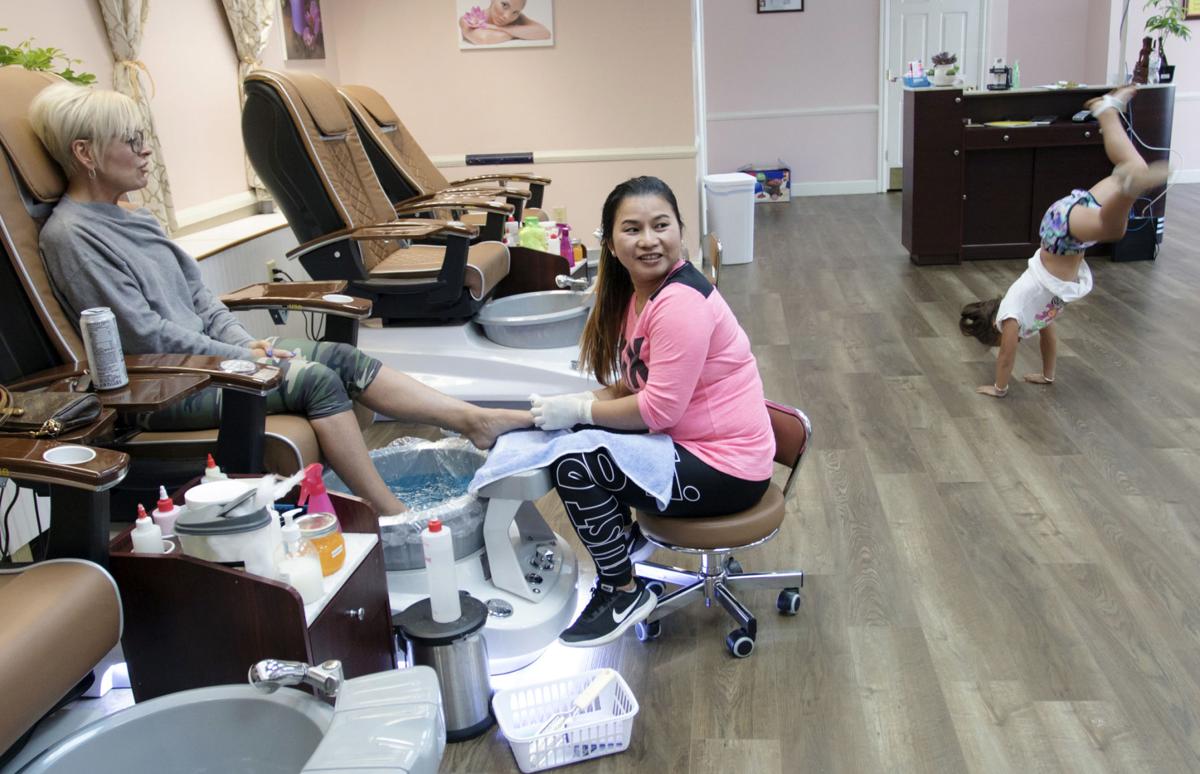 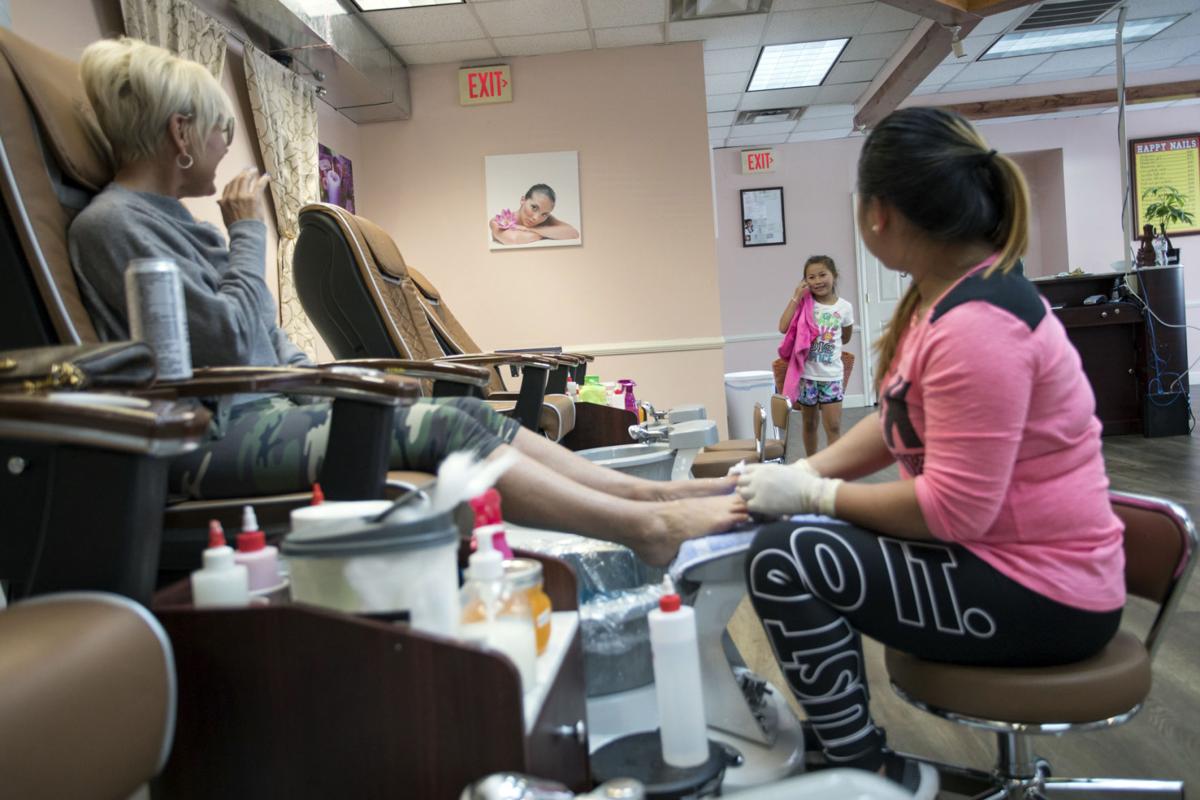 Shannon Keeran waves at Sophie Nhoel, 6, while her mother Sinat Nhoel does a pedicure at Happy Nails Salon on Monday June 3, 2019 in Ashland, Ky. Photo by Julianna Leach/ The Daily Independent. 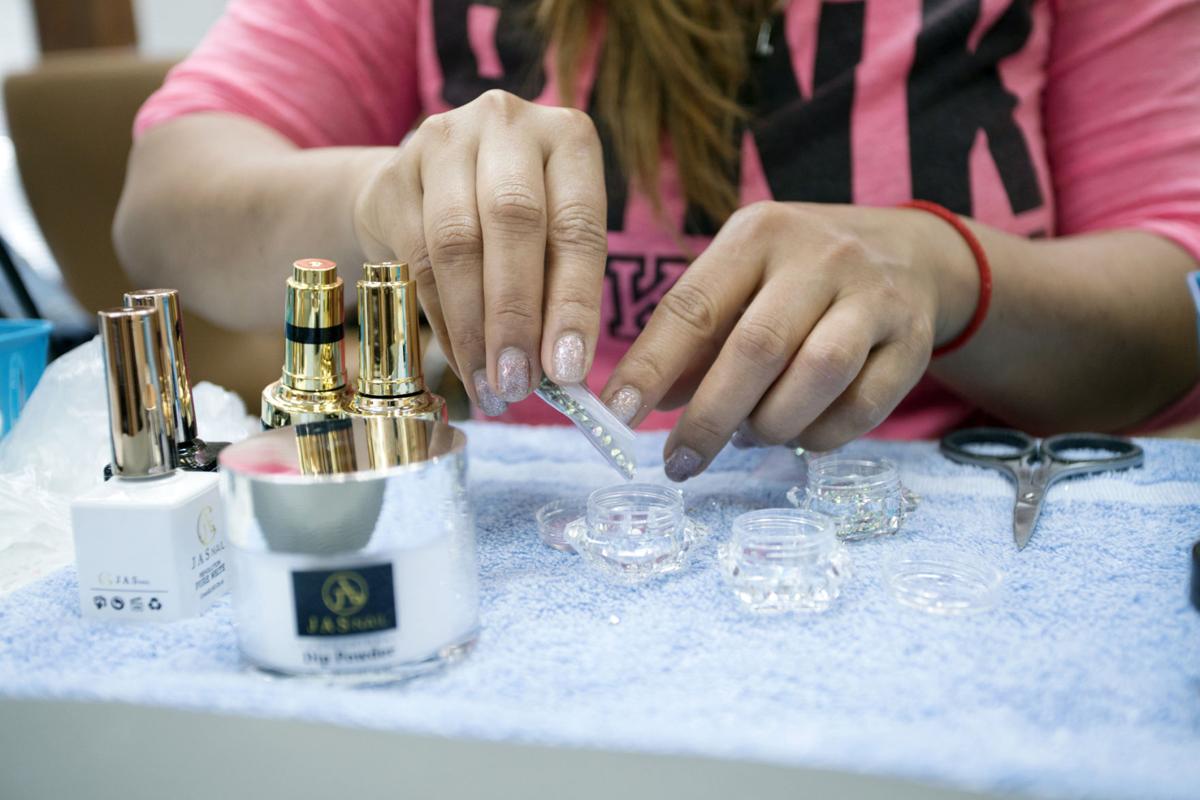 Shannon Keeran waves at Sophie Nhoel, 6, while her mother Sinat Nhoel does a pedicure at Happy Nails Salon on Monday June 3, 2019 in Ashland, Ky. Photo by Julianna Leach/ The Daily Independent.

ASHLAND They grew up just miles apart but had to travel nearly 9,000 miles to meet. Now, they’re in business together.

Despite living in hometowns close to each other in Cambodia, Leakhena (Hannah) Dith and Sinat Nhoel didn’t meet until their paths crossed in an English class at ACTC, when the two met and instantly connected. The two have opened Happy Nails salon together last month on 15th Street.

“We were just like ‘why don’t we just go [in business] together’ and we decided to come back to Ashland together and open this one,” said Dith.

Dith moved to the United States from Camboia at 26. She had to relearn everything and, without family, she said it is good to have friends who help each other.

One of the hardest aspects of diving into a new culture was the language barrier. However, they both agreed that their work in previous salons helped bridge the gap. It also helped them get to know other people.

“It’s very comfortable to live here and a lot of friendly people (are) here,” said Nhoel, who has been in the U.S. for 10 years.

One person who made a big difference in Nhoel’s life was Shannon Keeran.

Nhoel met Keeran at a shop where she previously worked and after finding out of Nhoel’s pregnancy she wanted to do something special.

“I didn’t know if they were familiar with having an actual baby shower like we do here, so I mentioned having a baby shower for her,” said Keeran.

Nhoel’s nerves of her first child eased after Keeran sent the invitations and hosted the shower. She said everything went well thanks to Keeran’s help.

“It was my first (child) and I didn’t know anything,” added Nhoel.

Nhoel now has two children. Keeran still comes to get her nails done at the new shop.

“One thing led to another and she’s just such a good friend,” said Keeran. “So, when I knew that she was back here then I am right back with her.”

Between moving away and holding jobs at other shops they named their own shop after their relationship with each other, the town and the customers.

“That’s why we call it Happy Nails because we were both so happy to come back to the town and happy to see our old customers,” added Dith.