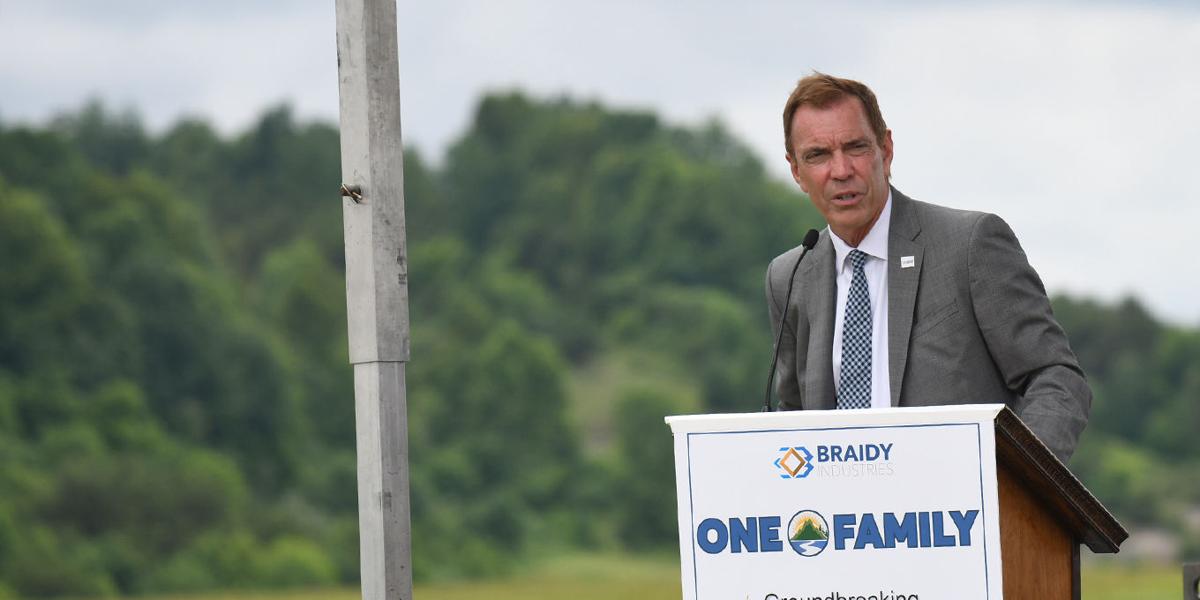 Braidy Industries CEO Craig Bouchard speaks during the groundbreaking ceremony at the site where his company's aluminum mill will built in East Park. KEVIN GOLDY | THE DAILY INDEPENDENT 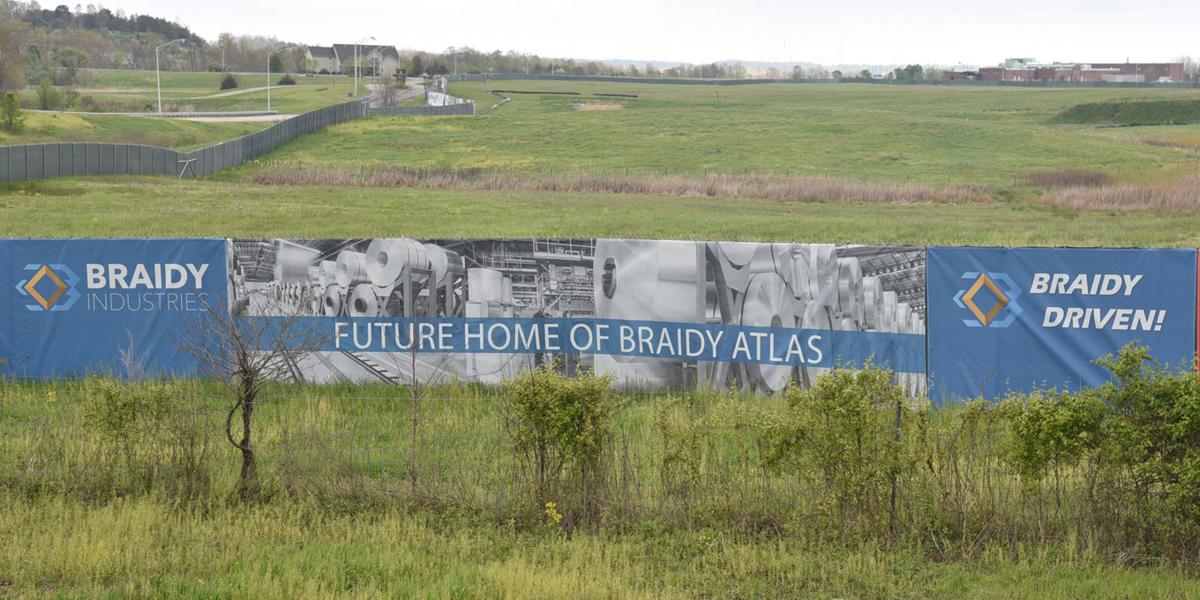 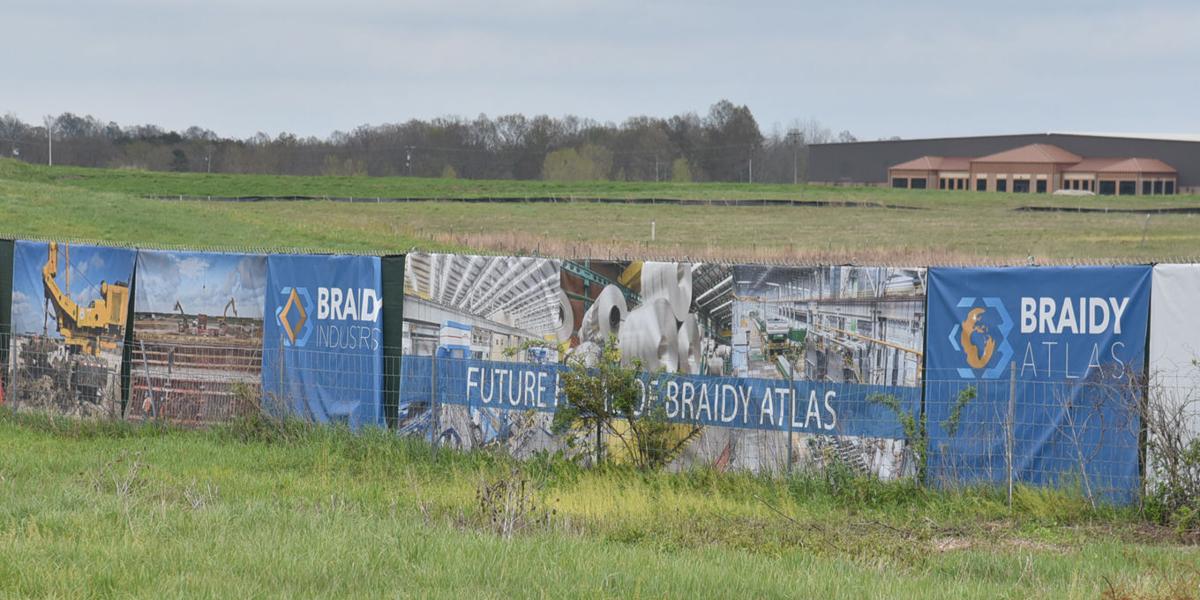 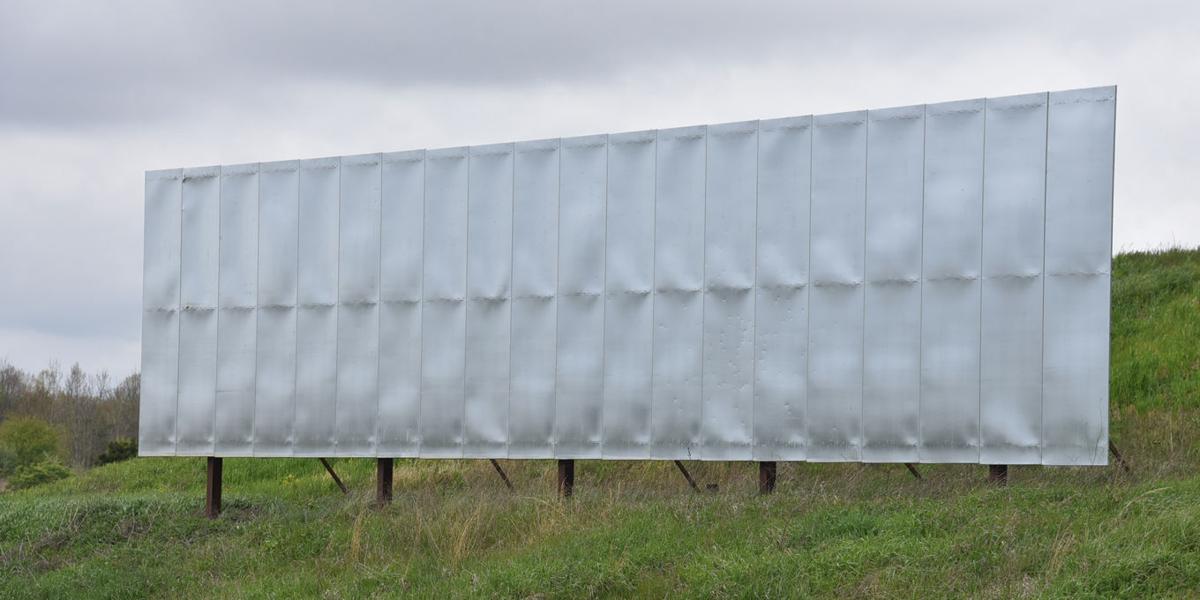 The blank future home of Braidy Industries sign at the property at East Park on the Industrial Parkway. KEVIN GOLDY | THE DAILY INDPENDENT

Braidy Industries CEO Craig Bouchard speaks during the groundbreaking ceremony at the site where his company's aluminum mill will built in East Park. KEVIN GOLDY | THE DAILY INDEPENDENT

The blank future home of Braidy Industries sign at the property at East Park on the Industrial Parkway. KEVIN GOLDY | THE DAILY INDPENDENT

In the midst of litigation over the Jan. 28 ouster of Braidy CEO Craig Bouchard, the board of directors tried to affect a stock split, which would've allegedly diluted the power Bouchard has on the board.

Delaware Vice Chancellor Kathleen McCormick blocked the split with a temporary restraining order in late March. The case is playing out in the Delaware Court of Chancery, which is a non-jury court that oversees corporate, guardianship and property disputes.

Braidy Industries, like many companies in the United States, is incorporated in Delaware — most companies do so to avoid paying taxes they would in other states and because the Chancery can resolve cases quickly.

On March 18, the day after attorneys with Frost Brown Todd delivered a 90-minute oral report regarding preliminary findings in the independent investigation of the former CEO, the board voted to split the stocks 13:1, according to a Delaware court filing.

The move would've increased the number of board members from six to 18. In addition, all the board members named in the lawsuit — John Preston, Michael Porter, Dr. Christopher Schuh and Charles Price — resigned from the board as “Founder Directors” and were reappointed as “Lead Investor Directors.”

The Vice Chancellor did not block that part of the March 18 actions.

At the surface, the title change seems minor, but the move goes to the heart of the case.

Bouchard is suing Braidy Industries and the board for breach of contract, and argues that due to a voting agreement signed in 2018, the board members had to vote the way he wanted to vote. Following the Jan. 28 coup, Bouchard sent messages to the board asking them to remove themselves from the board of directors — when the board did not comply, Bouchard filed his lawsuit.

The members being sued were all “Founder Directors” of the company and were appointed by Bouchard. According to the court filings, the founding directors could not vote in a manner against the wishes of Bouchard.

However, a “leading investor” could become a director by owning 5 million shares of stock in the company. Prior to the March 18 move, nobody had 5 million shares. If the move would've gone through, all the present board members, along with a few others, would've been lead investors — the voting agreement doesn't appear to have the voting stipulations on those types of directors.

While Bouchard's attorneys are arguing the case a “simple breach of contract,” attorneys for the defendants are claiming an “unclean hands defense.”

According to the doctrine of unclean hands, when if Party A sues Party B, Party A should not have done any harm to Party B. For instance, let's say Suzy Q. is sued by Joe the Plumber for failing to pay a plumbing bill. If Suzy Q. can prove that Joe the Plumber lied on his estimate, then she has a shot at winning the case under the unclean hands defense.

That's what Braidy and the board defendants are trying to argue — Bouchard had acted so egregiously, he doesn't have a leg to stand on in the case. In an April 6 filing, the defendants cited case law showing that Delaware Courts don't always uphold a voting agreement if misconduct is uncovered.

The case is scheduled for trial May 13, however that could be moved due to COVID-19 restrictions in the Delaware Court system, according Law360, a legal news service.