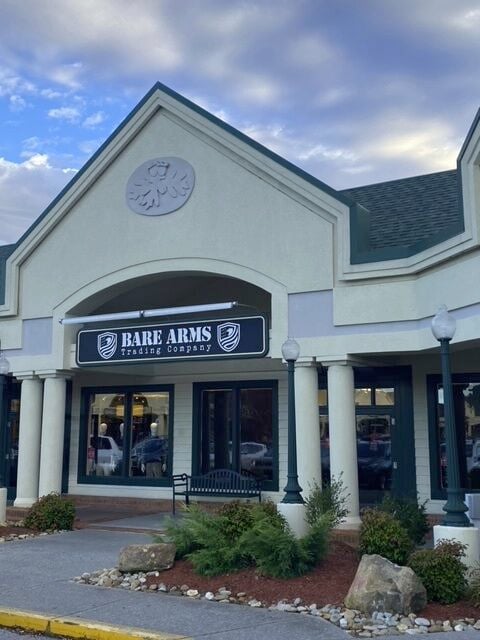 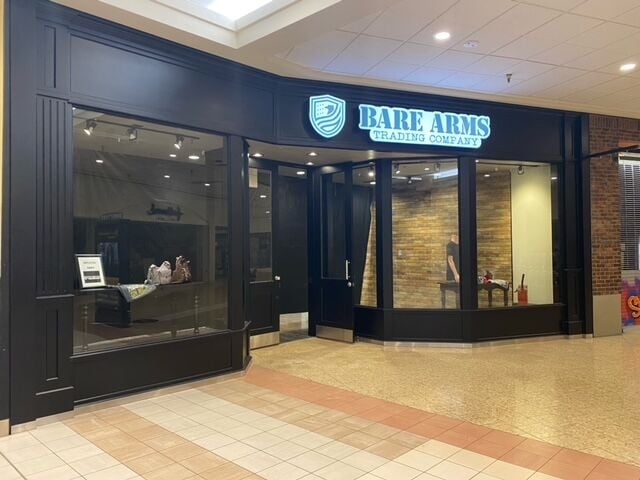 ASHLAND Billy and Christy Bare took a shot at operating a business and it’s exploding.

The owners of Bare Arms Indoor Range in Ashland and Huntington also boast a store in the Huntington Mall selling merchandise.

They also have stores in Bowling Green, Kentucky, and Nashville. Last weekend, another was opened in Pigeon Forge and this weekend, yet another will open in Knoxville. Bare said three of the stores opened in the last three weeks and noted his business is one of the few that has grown during the pandemic.

“We’ve been fortunate, blessed,” Bare said. “We really watch what we do. We can’t afford to make mistakes. We can’t gamble on things. We have to make sure what we do is a winner.”

The stores sell mostly merchandise made in the Tri-State. Bare said Bare Arms makes its T-shirts, decals, stickers and holsters, but also sells Grunt Style Apparel, Black Rifle Coffee,  as well as jewelry and gun gear. While some items are store merchandise, some have other themes.

“It’s not just about guns,” Bare said. “It’s a pro-America theme, a lot of it is veterans, pro-police, pro-fire, pro-military. Everything is based on honoring first responders and our military and honoring core American values.” He said they also are planning to offer outdoor-themed items, including hunting and fishing.

“We kind of know and try to go where there’s a high number of military installations, veterans,” he said. “Tennessee is known for its outdoor activities, so it meets our demographics.”

While he said business is focused in the southeastern part of the country, he said he plans expansion farther south, into North Carolina and Florida next year.

“We get calls from other markets wanting us to come into their area, so we look at their area and see if we meet their demographics,” Bare said, noting most areas that seem promising will be more rural than metropolitan.

A retired Ashland Police officer, Bare is well-versed in guns and the community, and he said the business offers a positive economic boost to the Tri-State.

“We produce all our shirts locally, so we’re helping to employ people in our area,” he said, noting they have a distribution center in Proctorville, too. “We’re expanding out, but we’re still growing here, and we need people to mak the products.” He said Bare Arms employs more than 200.

The Bares also own Bombshells and Burgers eatery in Huntington and Bombshells and Ales in Ashland. Christy runs the restaurants, he said, and helps with the retail stores in buying, design and customer service.

While the business turns out to be a great success, Bare said it’s a hobby for him. Having grown up in an entrepreneurial family, he learned what it takes to run a business.

“I don’t really golf. I get my enjoyment from business, just hustling and trying to get other businesses going,” he said. “I try to learn from people who have found success and copy what they’re doing.”

He said it’s exciting to have a successful business, but he’s also pleased he can make a contribution to the area.

“We love the Tri-State, so we’re doing what we can to employ people so we can help keep our community and the area vibrant,” Bare said.