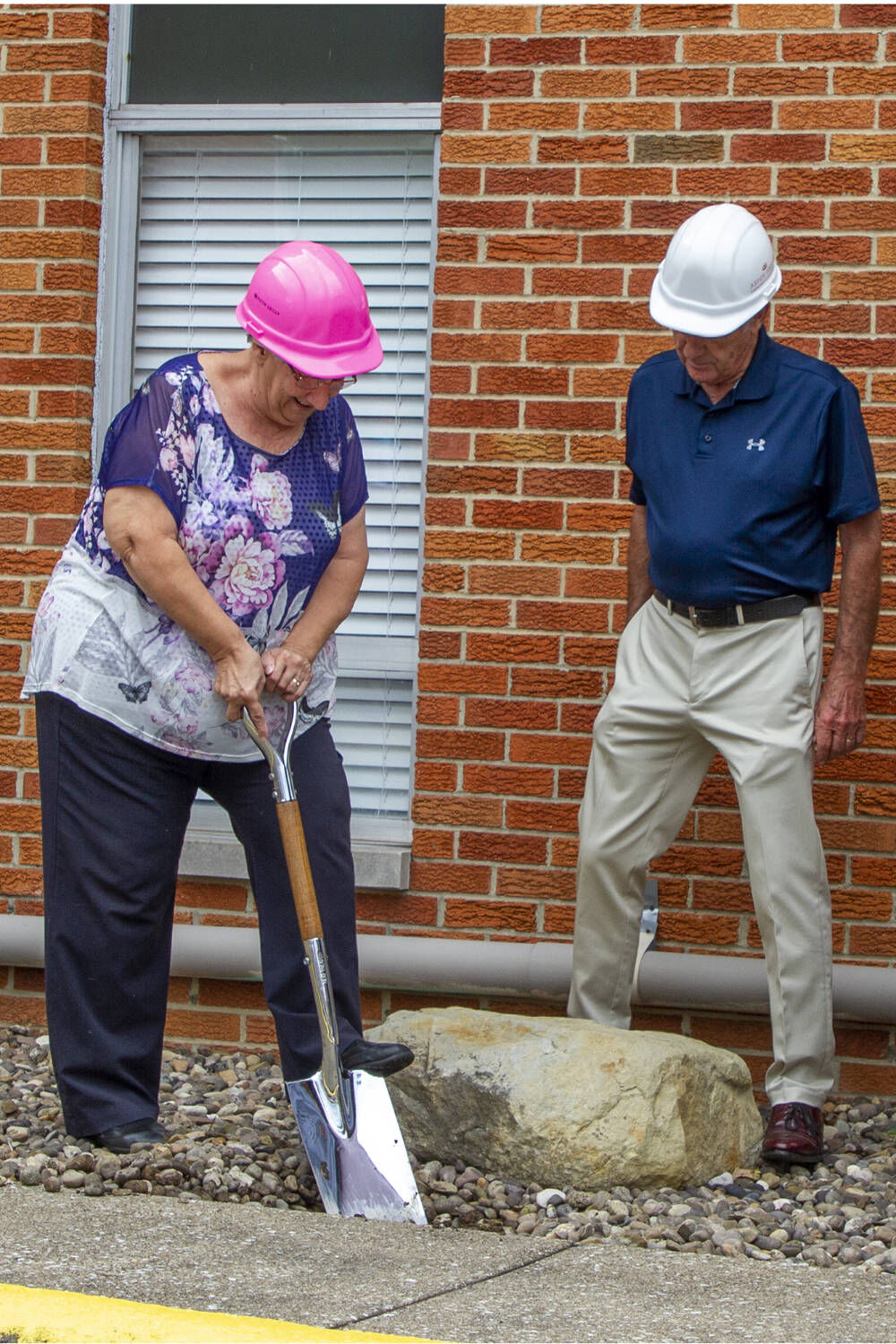 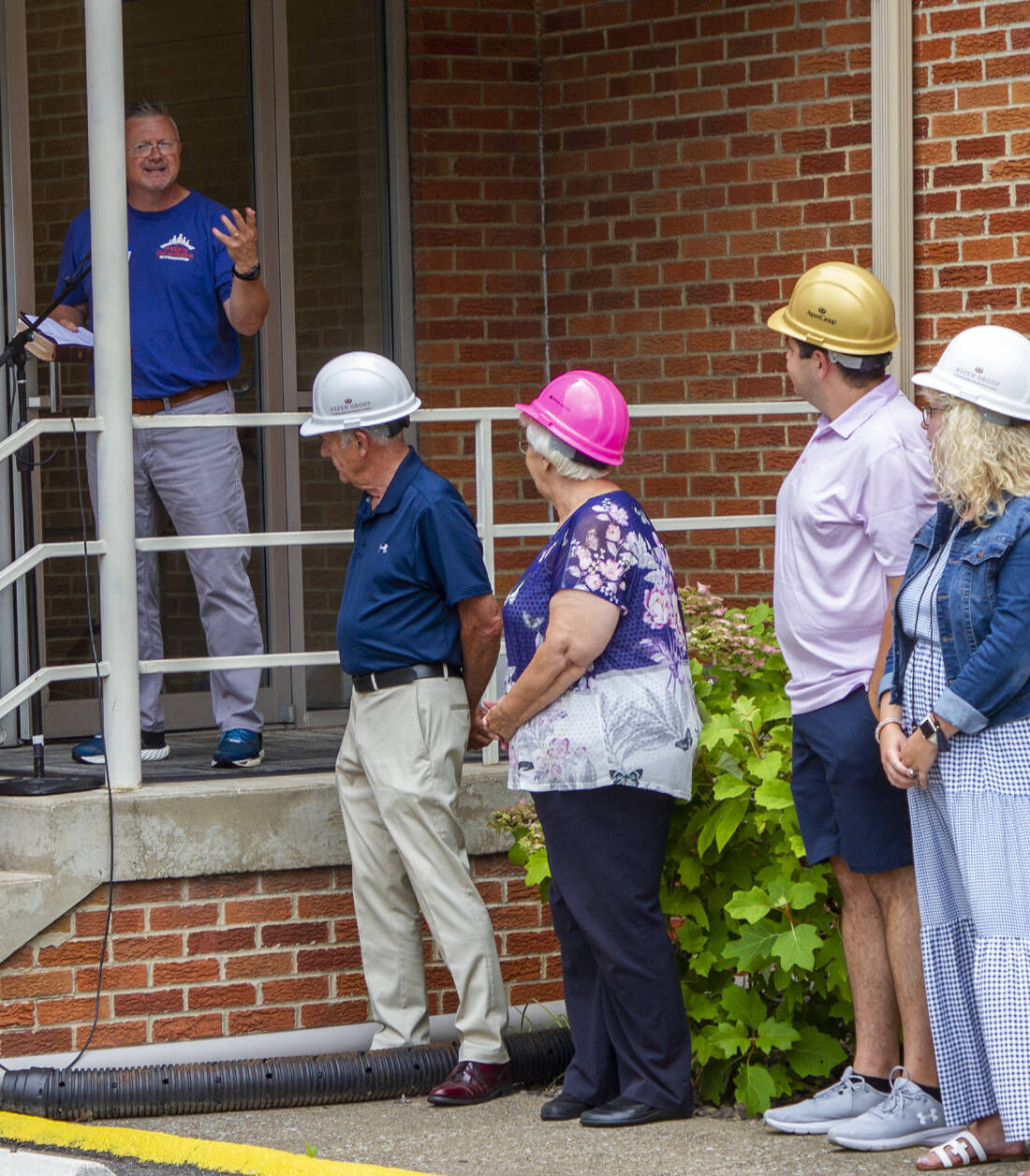 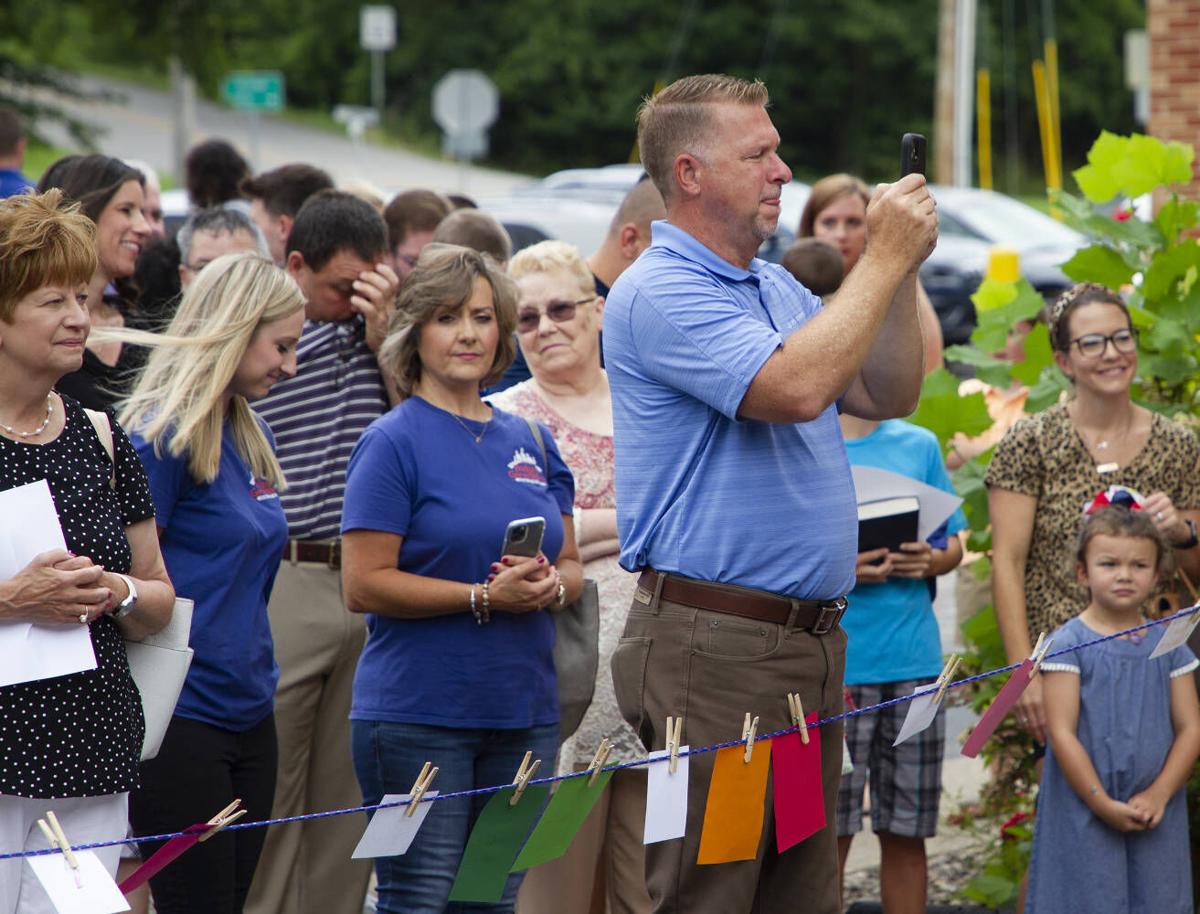 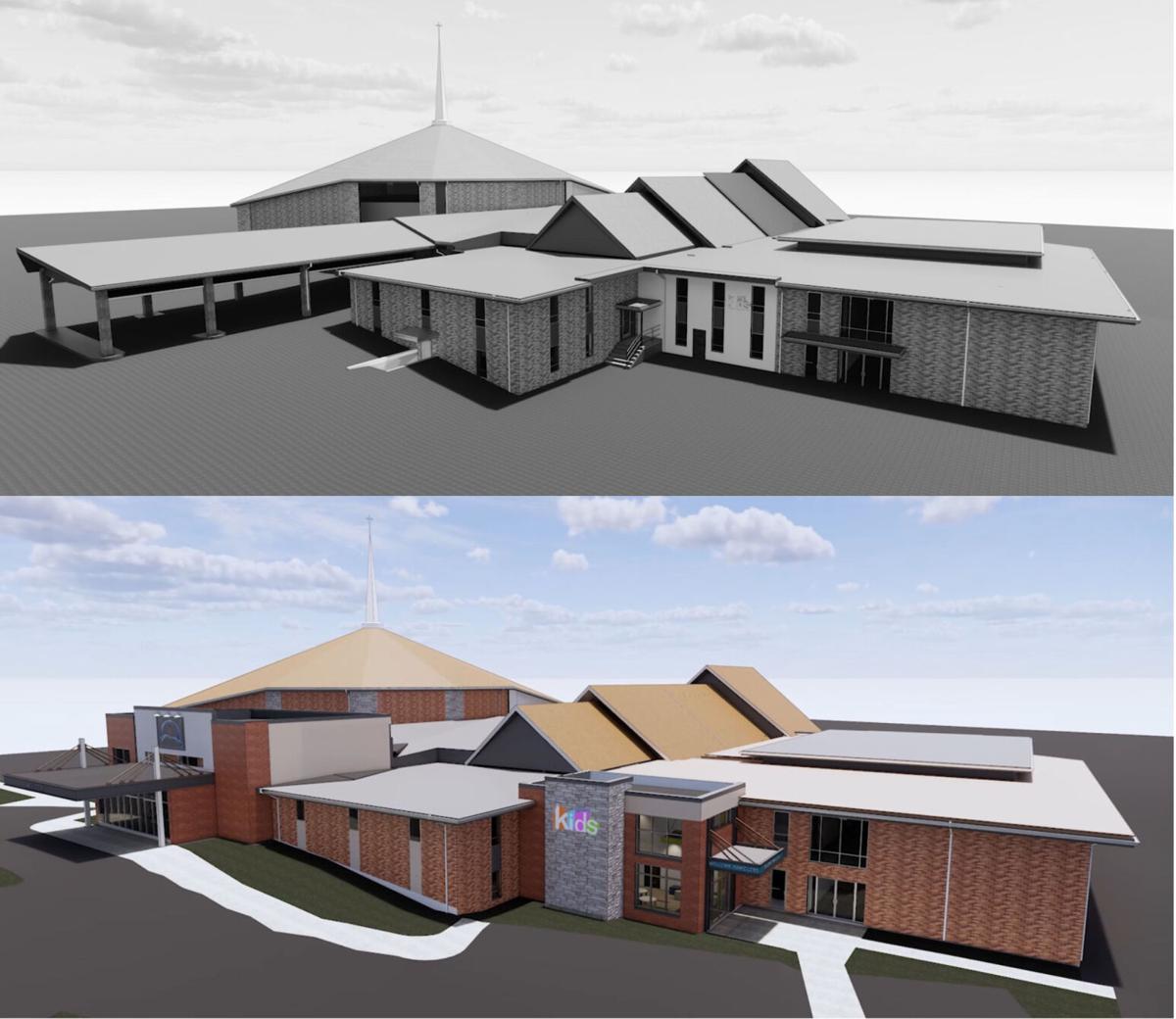 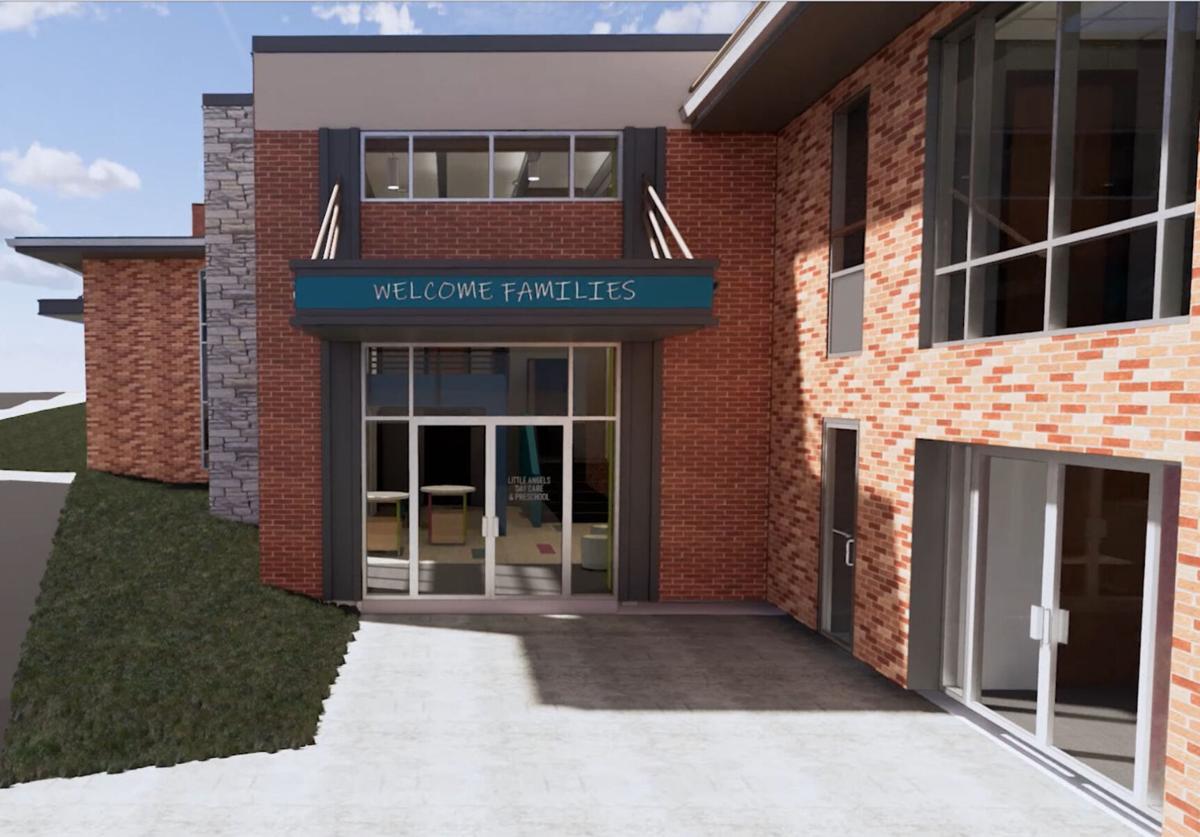 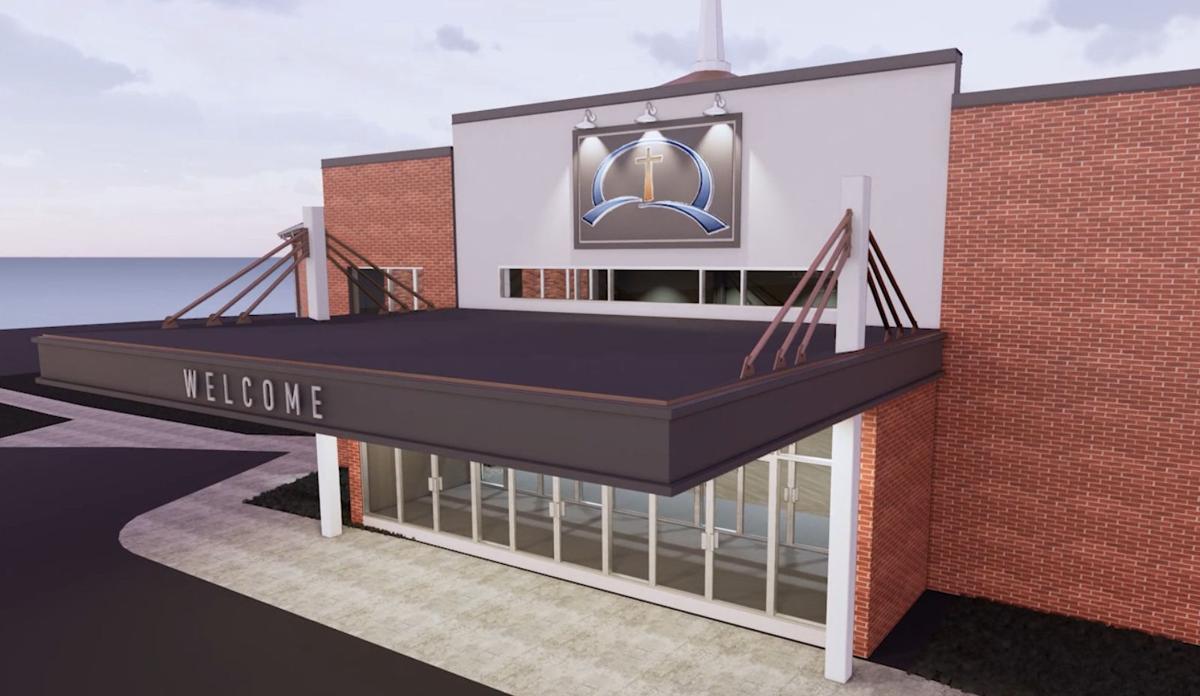 RUSSELL Bridges Christian Church broke ground on a major program of remodeling and expansion on Sunday, July 11, according to Senior Pastor Tom Lawson.

“This is the largest upgrade to our building since constructing our main sanctuary 30 years ago,” said Kevin Fraley, Executive Pastor.

The remodeling will include improvements in parking and handicap access. The Aspen Group, a ministry-focused design firm specializing in church construction, is overseeing the project. Bob Gray serves as the project’s manager.

Actual construction will begin in August and should be completed in the second half of 2022, Lawson said.

In 1921, the Russell First Christian Church was launched in downtown Russell. In 1966, the church moved to a new location at “the triangle” along the intersection of Diederich and Kenwood Drive, Lawson said. More classrooms and a gym were added in 1974 and a new and much larger sanctuary was completed in 1992. Those two older (1966 and 1974) portions of the current building are the main focus of this construction project, according to Lawson.

“Back in the 1960s and ’70s, churches didn’t worry about things like making children’s areas secure,” Lawson said. “In recent years, we’ve added several interior doors to control access to some hallways, but we are still working with a basic layout and design from 50 years ago. The fact that we also sponsor the Little Angels Day Care and Preschool make the challenges in older rooms and entrances even greater.”

When completed, the children’s classes and activities areas will be brought together along with a new “Bridges Kids Family Entrance,” where families can drop off young children and find an elevator and stairs that will bring them up into the expanded main lobby, according to Lawson.

“We are already blessed with a great worship center,” Lawson added. “Our focus for this project is really a once in a generation opportunity to provide a great place for Christian worship, Bible learning and relationship-building for generations to come. That’s why the focus is on areas used for fellowship and for Bible learning, especially in our longstanding emphasis on children and families.”