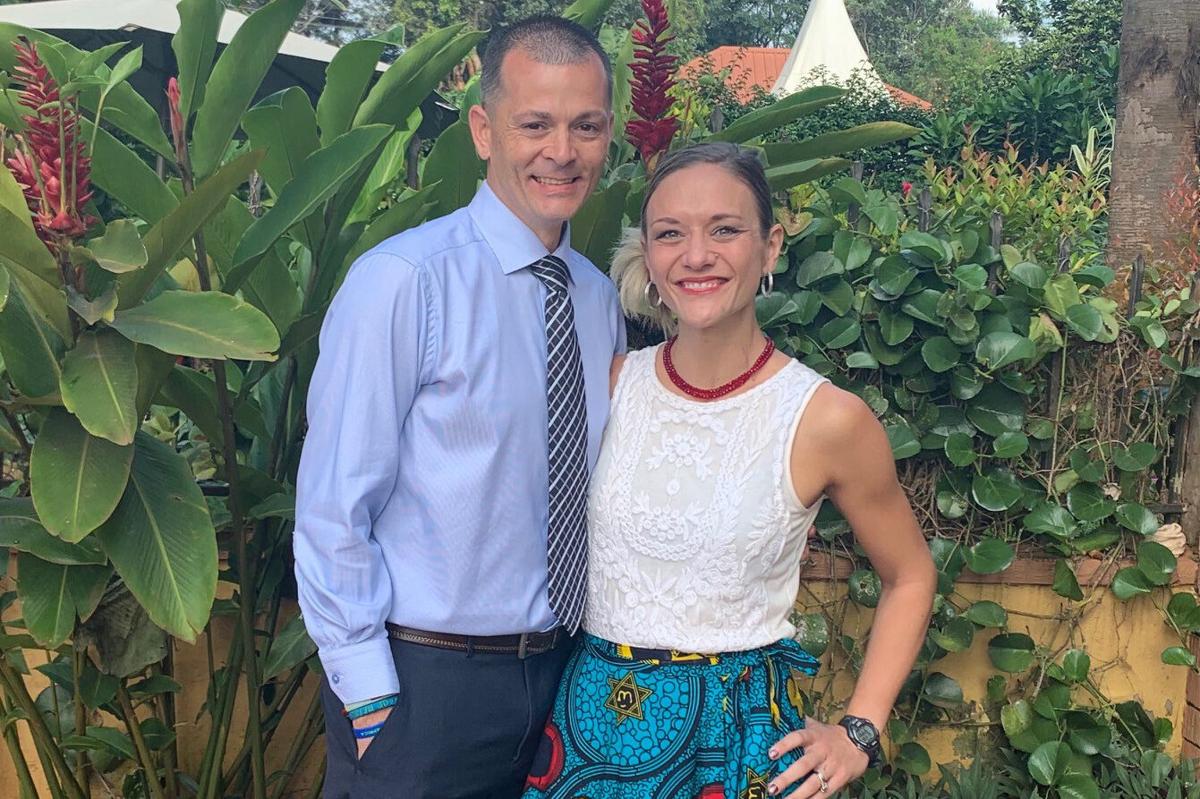 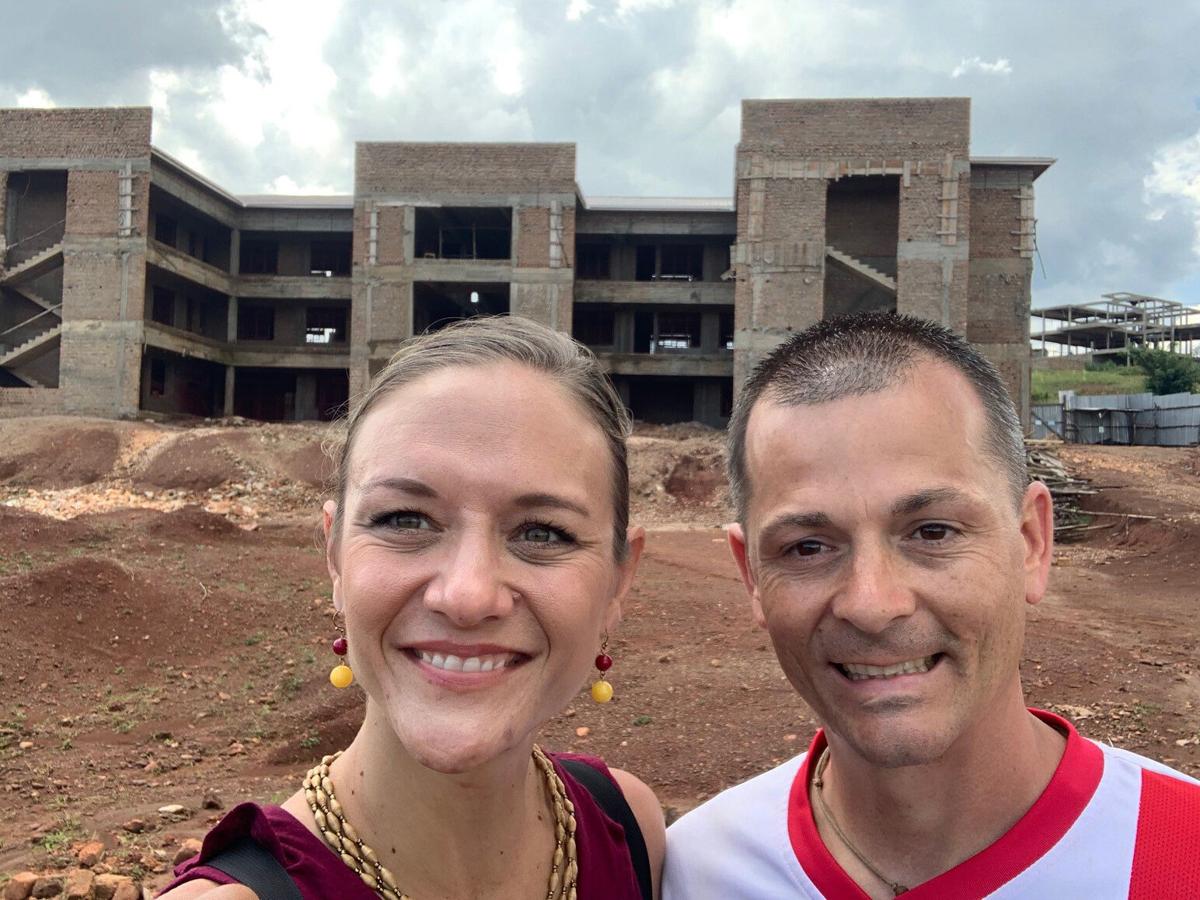 ASHLAND Amy For Africa’s faith journey is taking another step with Chris Compston joining his wife as a full-time missionary for the organization.

After receiving clear messages from God that now was the time for him to be full-time for AFA, Chris resigned his position at King’s Daughters Medical Center, effective at the end of February. It was a leap of faith for the Compstons who seem to be getting used to making them.

“We have such peace about it,” Chris said. “God has spoken clearly. It was in scripture reading, church services, Sunday School class …  you name it. I’ve never felt better about doing anything in my life. I know God is calling me to do this.”

The AFA board has been praying the last two years for God to reveal when it was time for Chris to join Amy in full-time missionary service. “We’ve talked about it, prayed about it and now it was time to do it,” Chris said.

AFA has relied on a trust-and-obey faith since its inception in 2013. It was started as a faith-based organization depending solely on God’s provisions, understanding only He can stir the hearts of others to give. The steps in growth have been gradual — sometimes even painful — but always with an unfailing faith as the bedrock.

“God has been faithful to us in everything we’ve experienced and everything we’ve done,” said Amy Compston, the face and namesake of AFA. “It’s all been so amazing, so remarkable. We are in awe! And I’m so thankful God made this decision so clear to Chris and me, and our board. We were all in agreement that this was what needed to happen, that this was the next step for AFA. We don’t have all the answers yet as to what’s going to happen, or how it will happen, but we know who does.”

That faith in God Almighty is ever present. The organization has had an unorthodox way of operating from the beginning when it started as a fundraising expedition for another ministry in Uganda. They have reached across denominations, shared the love of Christ with others and looked to God in times of need. The organization’s heartbeat has come from prayer, including a prayer team that Amy calls upon regularly.

“God loves when His children humble themselves and call out to Him,” she said. “I know it’s the power of prayer that has moved our King’s heart.”

As the organization grew, so did their faith. Watching God provide has only increased that faith and impacted how the Compstons have lived daily. It has included increased time in God’s word not only individually but as a family. They have grown spiritually as a couple and are truly better together.

“We have relied on God to direct our every step and he has been faithful to do that even when logic says don’t do it,” Amy said. “We act upon what God says, not what man says.”

It was in March 2017 that one of the first major steps of faith came when Amy quit her job as a registered nurse at the hospital, despite being the main bread winner for the family, to become full-time with AFA. Chris kept his job at the hospital so the family could have insurance and income.

Now God has directed them to give that up and for Chris to surrender to the ministry work full-time as well. The workload is there for him. There are a lot of questions yet to be answered, and that’s where a faith that has grown immeasurably in the last seven years brings comfort and assurance.

“We’ve learned that doing God’s work and will requires a lot of prayer and a lot of faith,” Amy said. “We don’t know why God has chosen us for this journey, but He has, and we are trusting and obeying. We’re not sure what it all means yet. Will we be in Uganda more? Will we split time between here and there? How will the rest of our family be affected? We are waiting on the Lord for direction and instruction. That’s all we know to do.”

It was after much prayer that Amy For Africa signed a contract in October 2019 for $561,000 to build the AFA Christian Academy in 15 months with the bills to be paid as the work was finished It was an act of faith that many quietly questioned.

It was going to take a miraculous 2020 for it to happen. The stage was set for a big year with speaking engagements scheduled for several states and then COVID-19 shut down those opportunities to share what God was doing. Yet during the year nobody will ever forget for all the wrong reasons, God showed himself to be faithful by providing AFA’s biggest financial year.

The Lord showed his power by building the school during a global pandemic. “Only God,” Amy said. The AFACA is practically completed with a dedication planned for May or June.

After experiencing what God has done in 2020, is it any wonder that Chris and Amy see this latest leap of faith as nothing more than another step in the journey of a lifetime?

“We’re excited to see what the Lord has in store for us,” Amy said. “We are prayerfully seeking His will.”