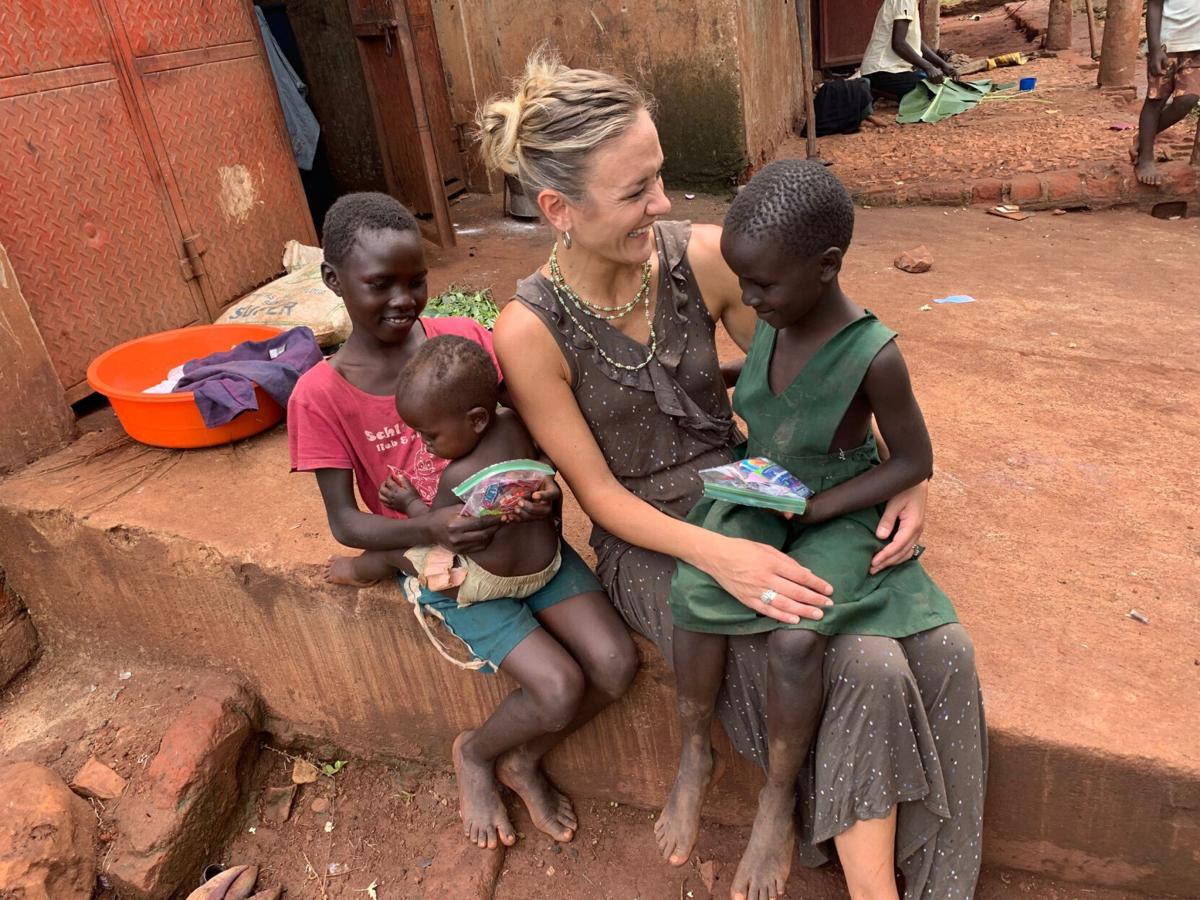 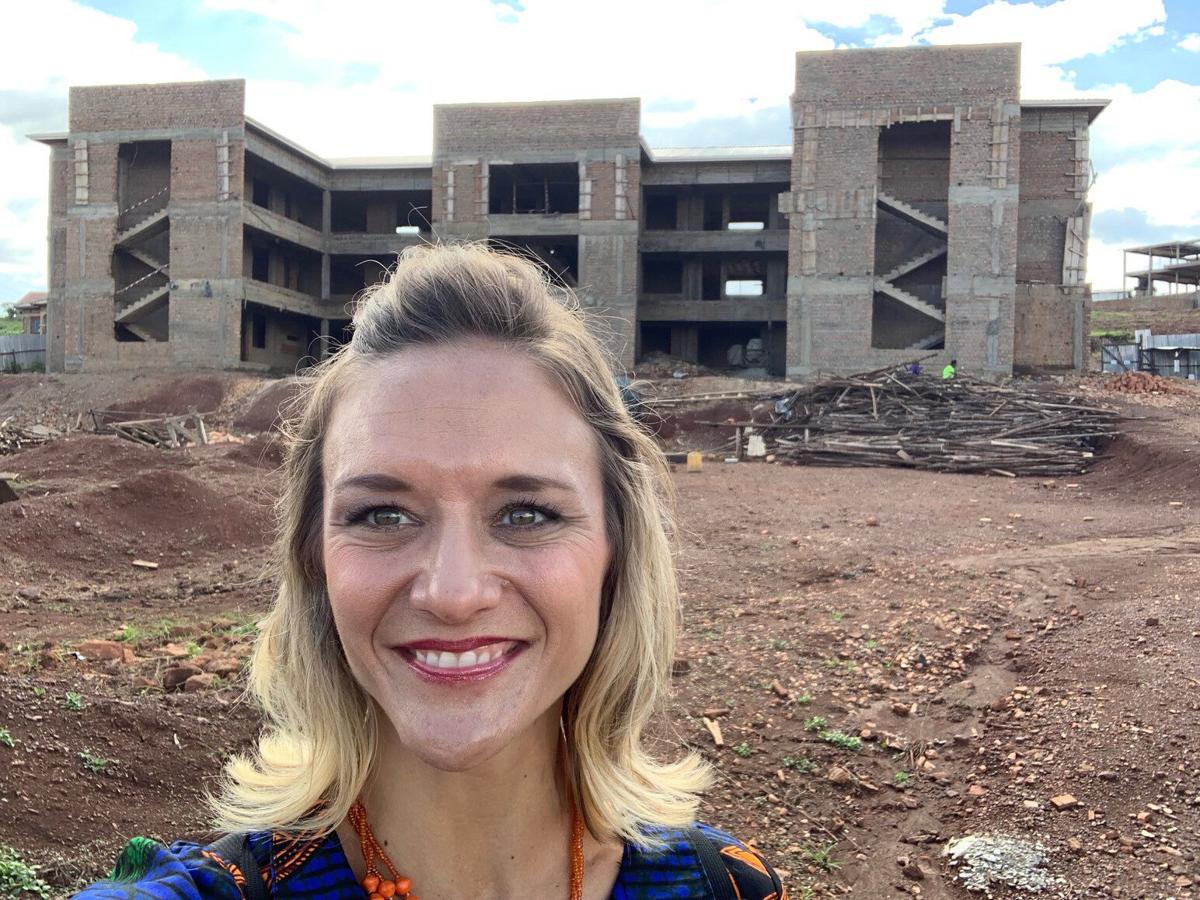 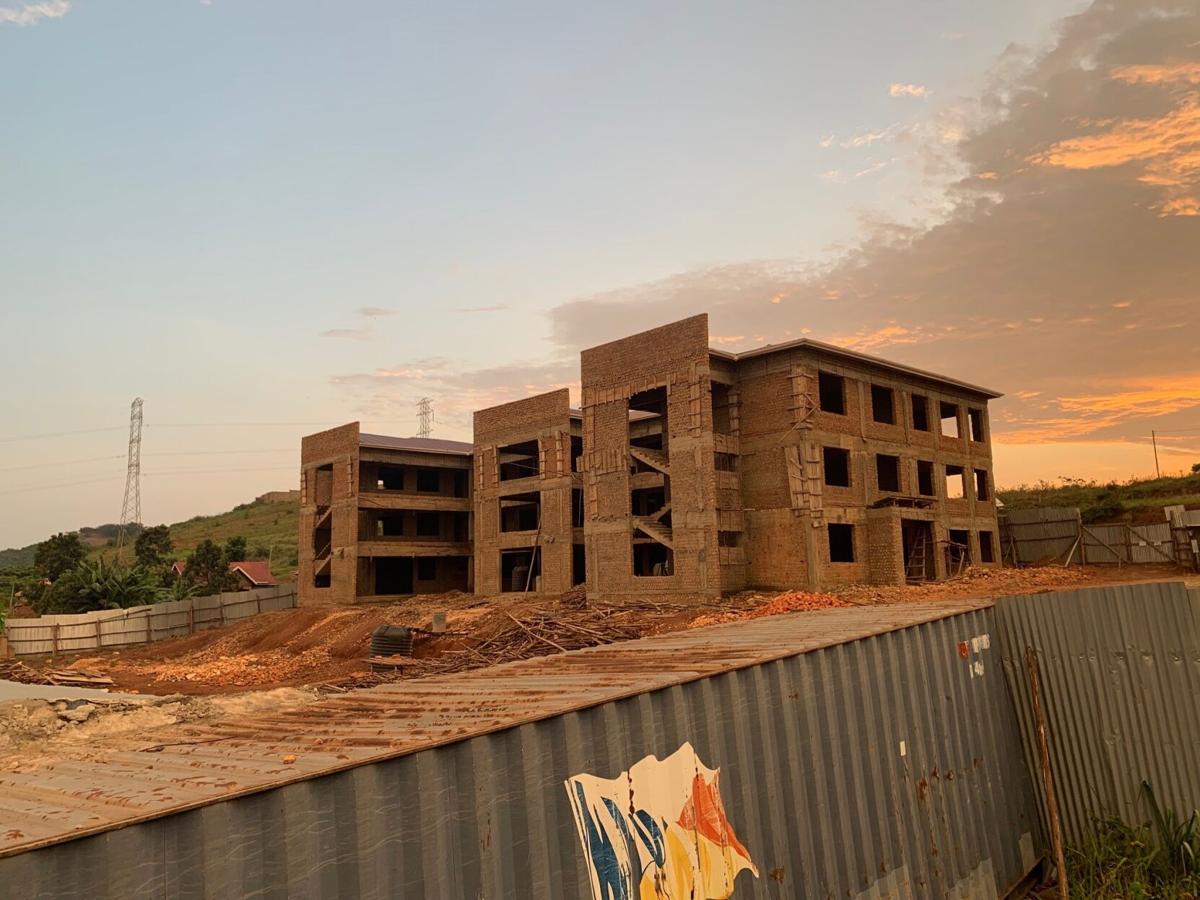 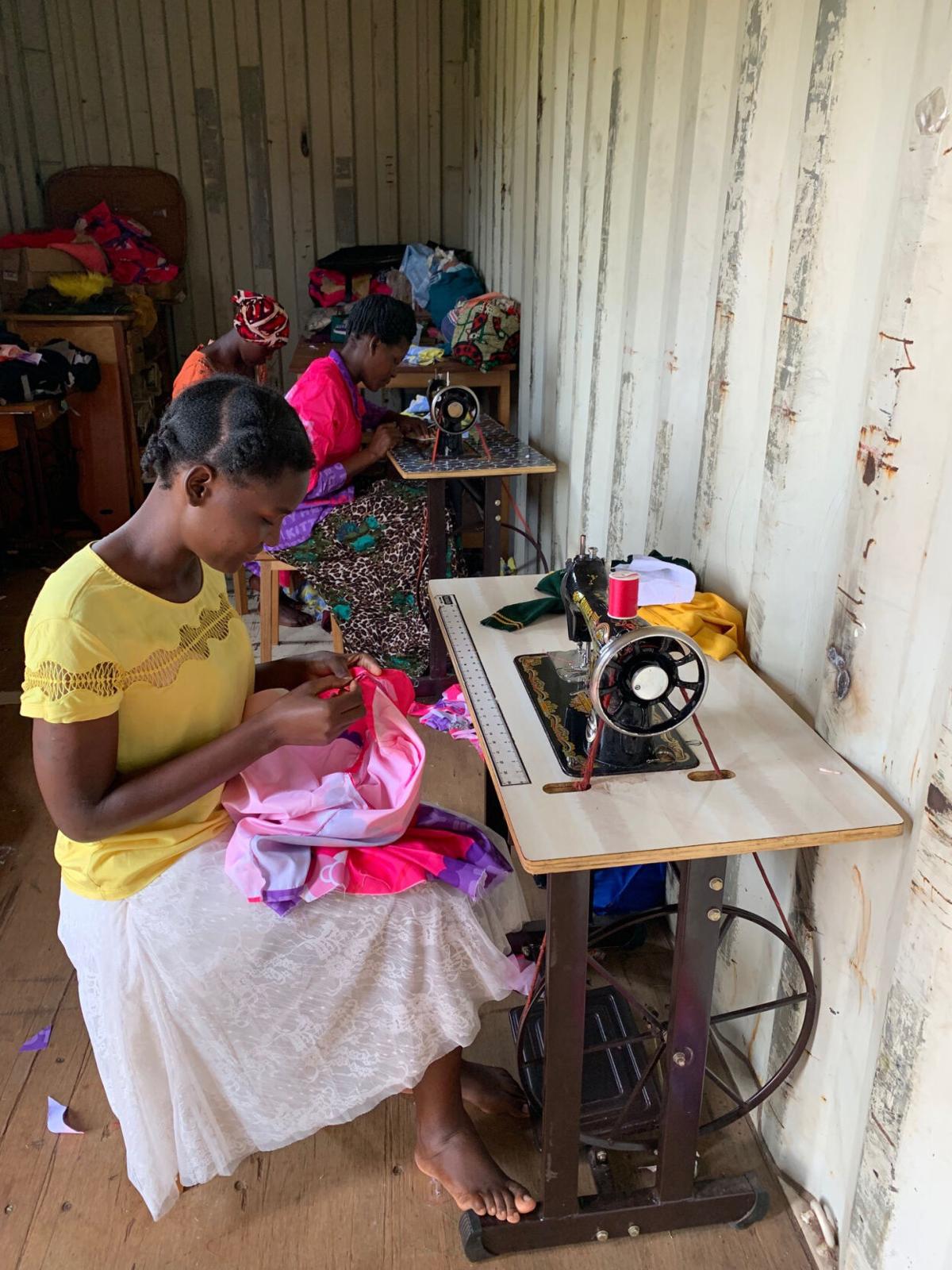 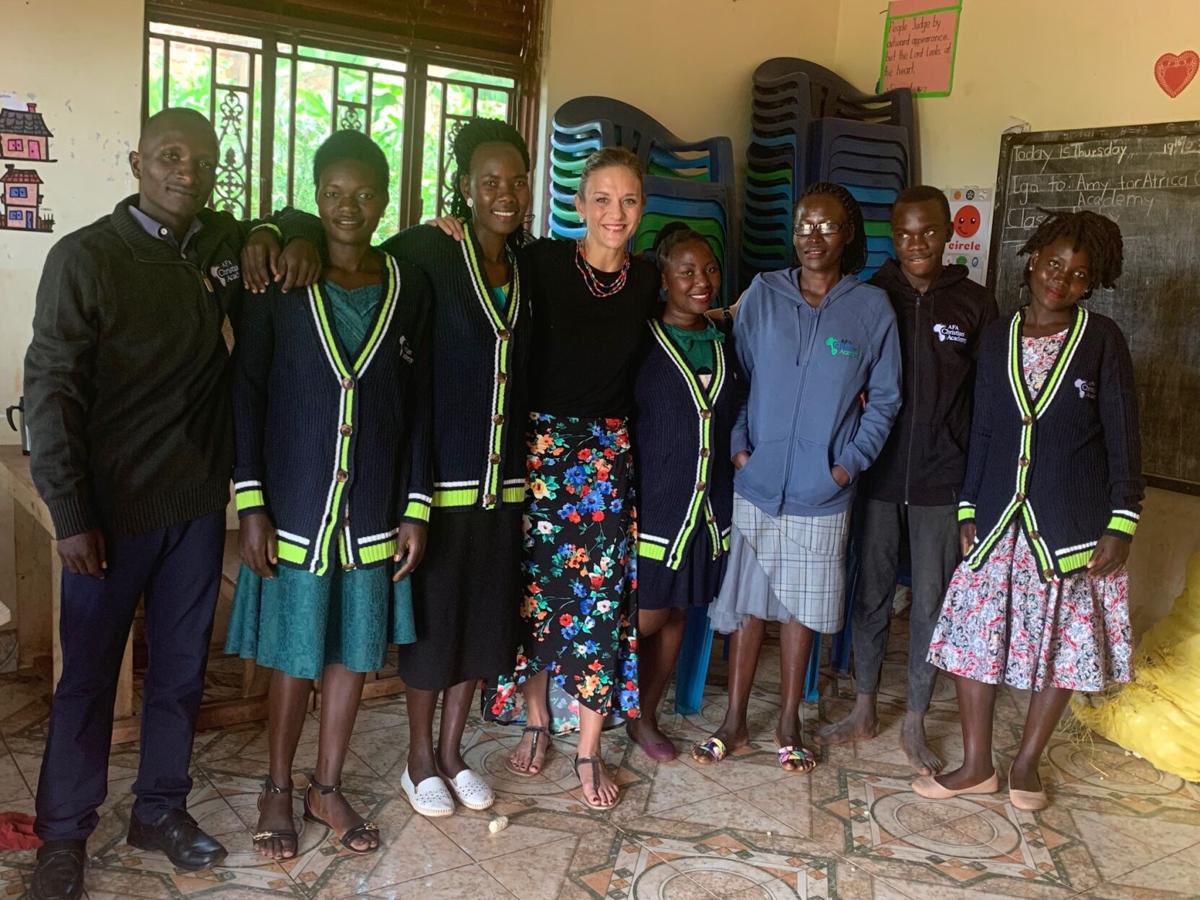 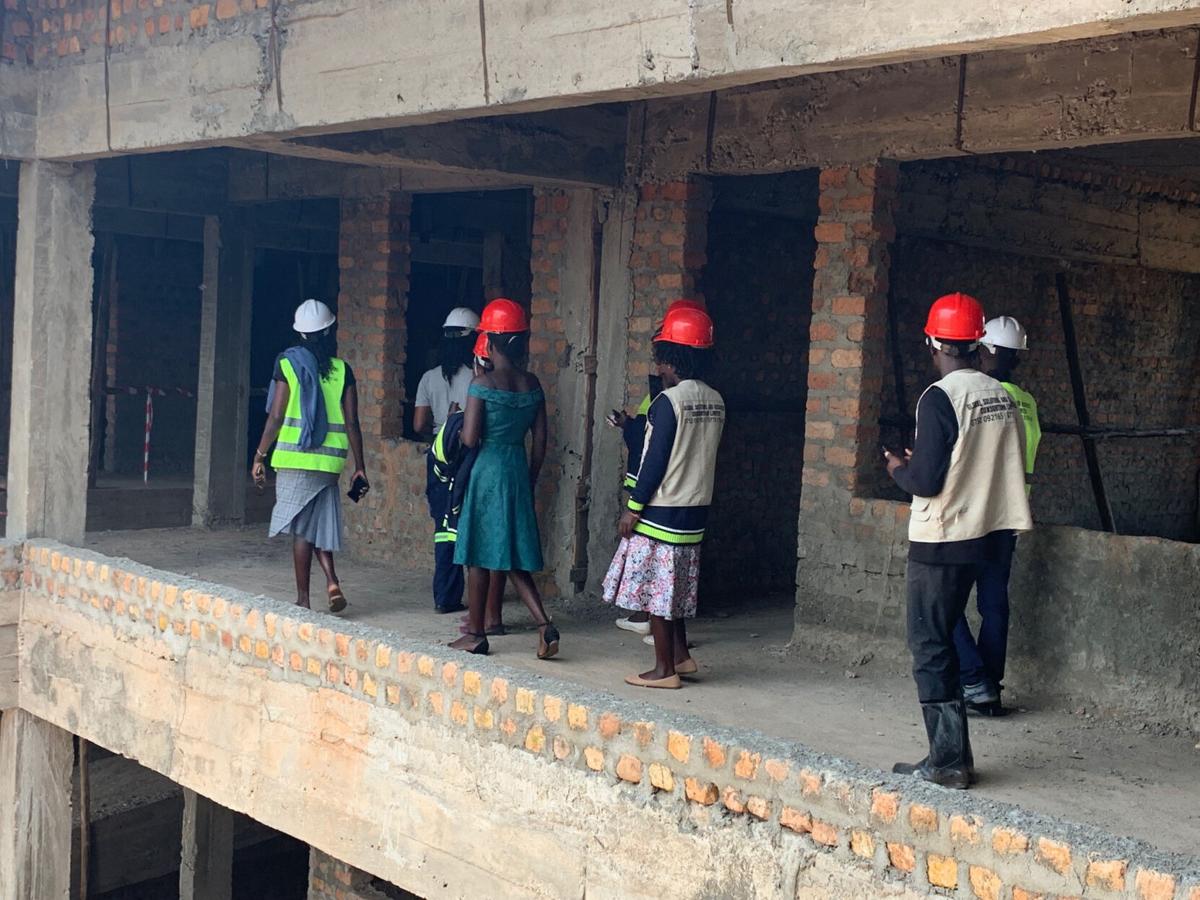 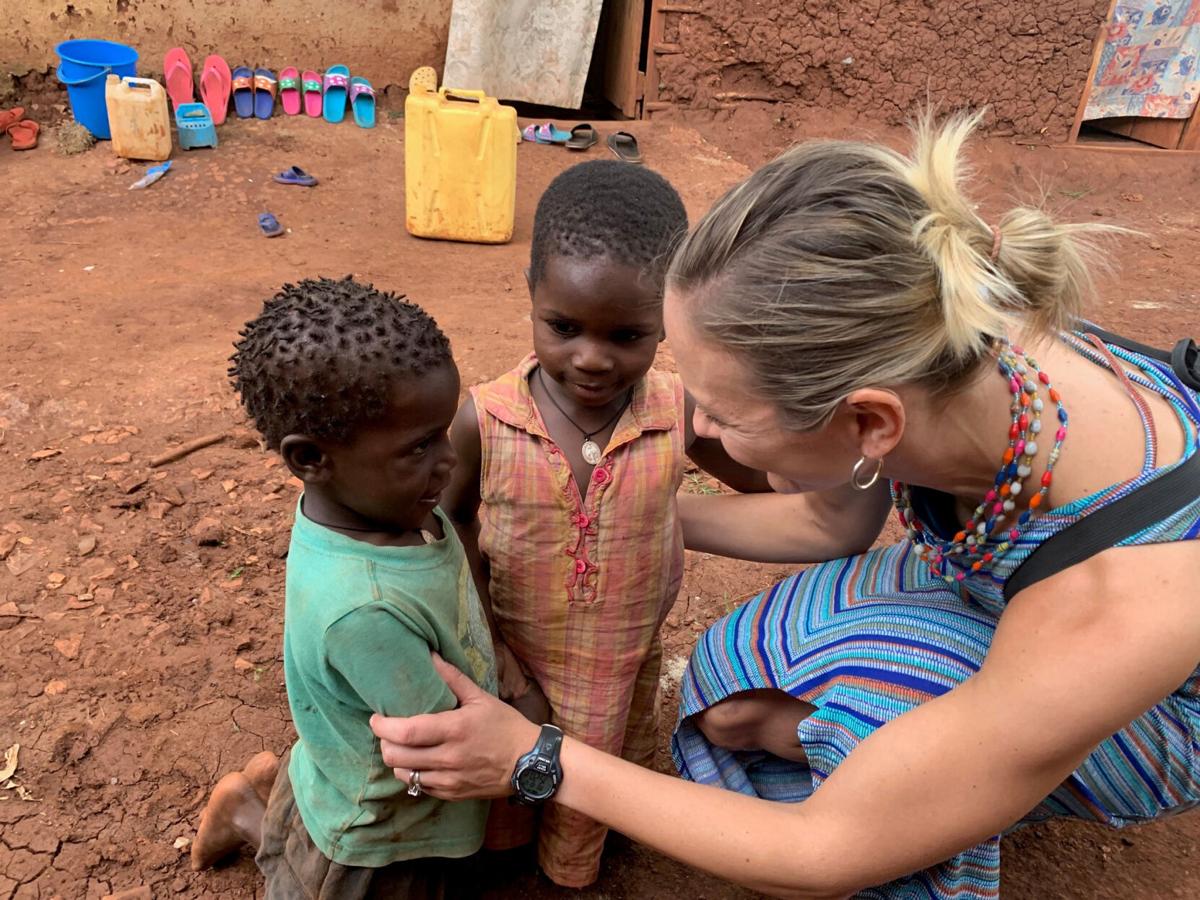 ASHLAND The year 2020 is clearly stamped by the coronavirus pandemic.

But for Amy For Africa, it is the year God showed himself unstoppable.

Working with only a fume of faith in March, when the global lockdown started because of COVID’s grip on the world, Amy Compston said she was having a “complete wavering of faith.”

“I’ll admit it, I didn’t know how it was going to get done,” she said of the prospects of building a Christian school in Uganda. “We had such a busy schedule planned to speak all over the country, but the churches were all closed. Week after week it was cancel, cancel, cancel.”

Just five months prior, the co-founder of AFA had signed a $561,000 contract to build a Christian school in Uganda. She did it with the faith that God would provide. Compston even used $110,000 — all the organization had in the bank — for a 20% down payment so the work could start. That was in October 2019 after God had provided 3 acres of land for the school, a Christian architect to draw a three-story building plan with dorm rooms and a Christian engineer and contractor to oversee the project.

The construction plan was pay-as-you-go and the deadline for finishing it was February 2021. It was a daunting assignment but one that had been prayed over for more than a year. It was not if the project would be done but how God would do it.

“We prayed 13 months before we got the land and prayed over two years about the building of the school,” she said. “God was guiding us.”

AFA currently operates a school for 110 students in a small house it purchased that sits right beside the property where the new school was going to be built. Students and teachers were going to be witness to God’s powerful hand. They had no idea how true that would be.

Even before making any construction plans, Compston assembled a team of two dozen prayer warriors because God had revealed to her that the school would be built through prayer. “He made that very clear to me,” she said.

What has happened since COVID entered everyone’s vocabulary could be described as nothing less than a miraculous work.

“God has grown our faith substantially,” Compston said. “He stripped away everything — speaking engagements, church services, love offerings — to remind us how truly HE is enough and HIS grace is sufficient. When all hope seems to be gone, everything looks desolate, keep praying, keep believing, because there is where you encounter Jesus powerfully! Praise God!”

When Compston was knocked down in March with the fear of COVID seemingly taking everything away, God whispered to her that this was His school and His children and the school would be built. With that, her confidence and her faith were restored and every step since that day has been more miraculous than the next. Through faith and prayer, all 15 of AFA’s staff members have been paid on time and in full every month.

The teachers were paid even though COVID cancelled school in Uganda, too. It was one of the only schools in the country where that happened. The education continued for the students as teachers dutifully delivered homework assignments every two weeks to the children’s homes.

“Our teachers are the very best,” Compston said. “They love our students and teach them about Jesus every day.”

Since COVID started eight months ago, through faith and prayer, more than $300,000 in building supplies, work and pay for two engineers has been provided every month. The construction is right on schedule. The following list has been provided for through donations to AFA from individuals:

Construction workers have built all three levels, including the roof, and are in the process of putting in the custom-made doors and windows. Construction Project Manager Ronald Ssekamate, a Christian himself, told Compston he has been involved in other faith-based building projects but nothing that measures up to how God has worked through this one.

“Everyone in Uganda says the same thing,” she said. “They point to the school and say, ‘Look at what God has done!’”

Ssekamate and his tireless work crew regularly put in 10- to 12-hour workdays. They are proud of what is going up around them and so are those in nearby villages who have watched the school go up from an empty field to a massive structure that overlooks the Nile River.

“That school,” said one excited adult to Compston in October, “God did that.”

AFA purchased a farm in 2018 and it was developed during COVID and reaped a harvest of 4,000 pounds of corn. It was so much corn that a container had to be purchased so the food wouldn’t spoil. Homes were built for the on-site farmers and funds for an irrigation system were provided. The farm is growing, too.

God’s generosity went even deeper by penetrating hundreds of hearts in the U.S. to pay for food to nearly 3,000 Ugandans in the villages where AFA serves. It cost $60 to feed a family for a month and hundreds were willing to donate.

When the globe was on lockdown, including in Uganda, the government said it was OK for “construction sites” to continue working. AFA’s team of workers have never stopped. The work gets done, then approved and then paid.

Two months after COVID had become a household word, one month a bill of $72,000 was presented to AFA. Three days before it was due, the organization still needed $38,000. Compston had spoken that May morning during a virtual National Day of Prayer event. When the mail came that day she opened a letter that included a check for $40,000.

“I just fell to my knees in my dining room,” she said.

And that’s how it’s gone month after month after month. What looked like insurmountable bills kept getting paid in a variety of ways, from a variety of sources and each were covered with prayer and praise. Unexpected donations, regular donors, love offerings, letters in the mail and more. The organization had a community Wiffle ball tournament canceled because of COVID. But several members of the church where the tournament is played donated more than what was usually raised.

“God poured his grace on us,” Compston said. “It was astounding, amazing.”

AFA’s speaking engagements have picked up since August and Compston was able to return to Uganda the first of October when the borders reopened. It was a joyous reunion for her since she hadn’t been since last December.

She was able to make home visits to every student at the school during her two weeks in the country. One of the students, Imuran, was in a hospital intensive care unit in a desperate situation. She turned to God and asked her prayer warriors to do battle.

“No treatment was working,” Compston said. But after a prayer and a prayer chain was started around the world, “He just started getting better,” she said. “He was eating, drinking, and sitting up in bed within two days. No new treatments, no new test … all through the power of prayer.”

It was just one more example of how prayer has been at the heart of the AFA mission that started in 2013 and has grown immeasurably over the years through God’s grace. Compston says prayer has been the key to why the organization has flourished.

“I’m so thankful for my prayer warriors,” Compston said. “When we have a need, I present it to them, we pray and wait for God to answer. He’s always on time, never late. I’m in awe of everything that has happened. Nothing can stop our God.”

In another part of the area, AFA started the Threads of Hope Sewing Clinic for single mothers who Compston says are “considered the least of these in Uganda.” The women learn a marketable skill that they can use to take care of their families.

“It’s one of the sweetest ministries we have,” Compston said. “I love these women. Not only did all of our first class graduate, but they all became believers, too. We have witnessed God save multiple souls through the pandemic. Praise the Lord!” God has provided an abundance of supplies for the sewing clinic including more than 3,000 cloth materials from one church. Each graduate was presented with a new sewing machine complements of an AFA donor.

Amy is going back to Uganda the first two weeks of December with a small mission team where they will celebrate Christmas with children from the school and for some orphans in another part of Uganda that are sponsored by AFA supporters, build the 120 school desks and give discipleship training to teachers and students at the sewing clinic.

Then in February, she will make a return trip for the dedication of God’s unstoppable miracle.

Go to www.amyforafrica.com to learn more.

Julia Elizabeth Sammons, 83, of South Point, Ohio, went to be with the Lord Monday, May 3, 2021, at Emogene Dolin Jones Hospice, Huntington, W.Va. She was born December 14, 1937, daughter of the late Henry and Ossie Anderson Lanning. In addition to her parents, she was preceded in death by t…