1 dead after shooting at local restaurant 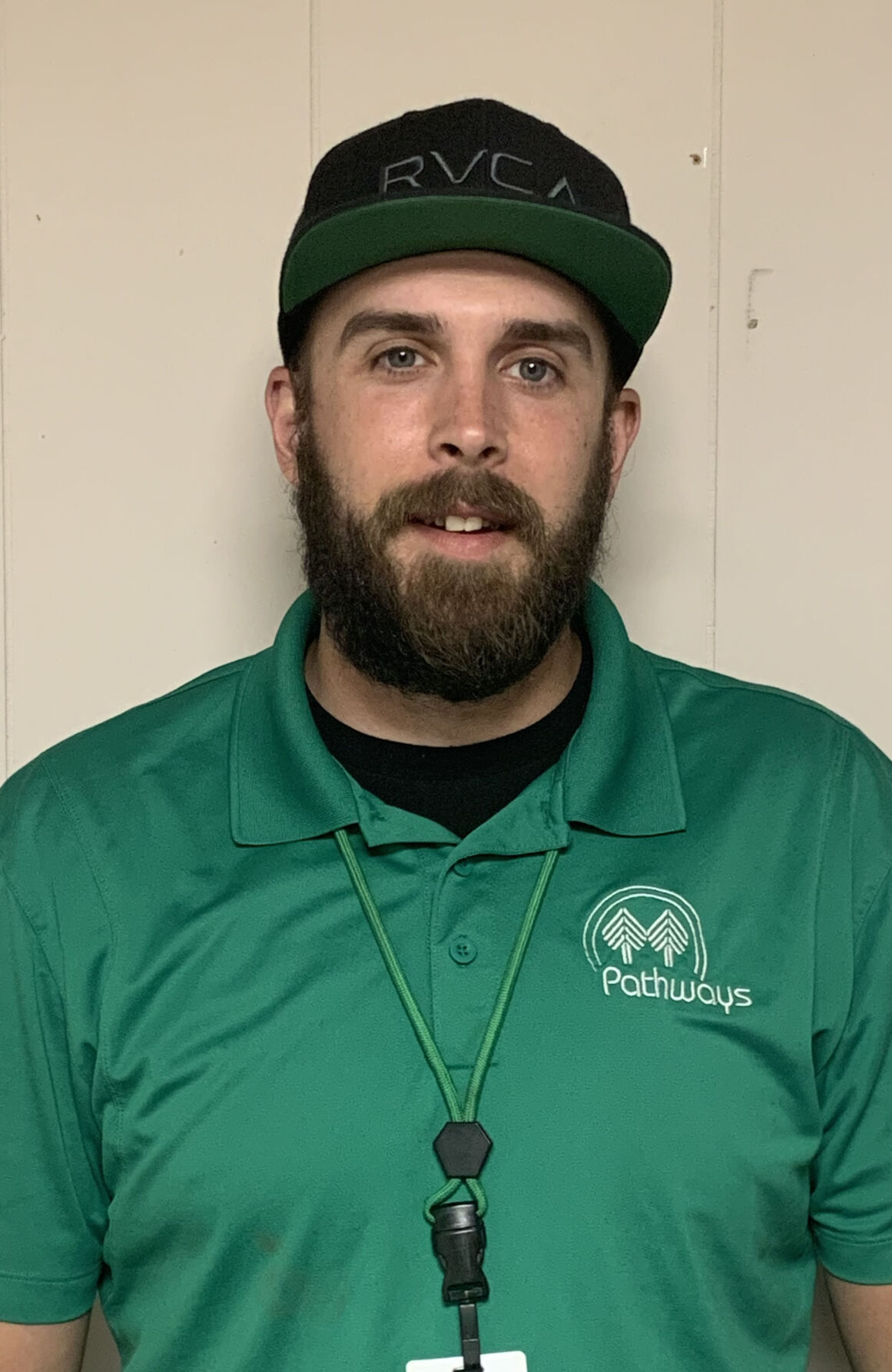 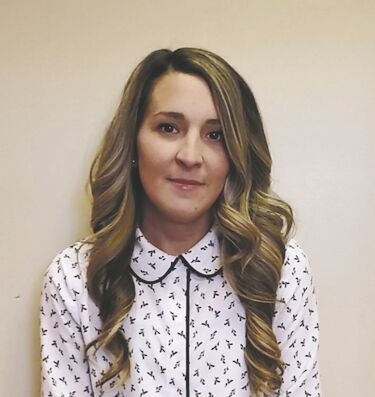 EDITOR’S NOTE: This story is one of two in a subseries. The second piece will appear in Monday’s edition. This subseries is part of a large-scale, ongoing series that will include features related to the opioid crisis.

ASHLAND About a half-dozen people have died from suspected drug overdoses over the last week and a half in Boyd County.

These were sons, daughters, men and women who were once children filled with the wonder of the world. Somewhere along the line — whether they were born with it or developed it over years of abuse — addiction reared its ugly head and tore their lives apart, robbing them of joy, purpose and eventually their very breath.

And it’s already shaping up to be a hard year, according to the Boyd County Coroner Mark Hammond. Last year, at this time, the coroner’s office had worked 77 death investigations — this year, they’re already sitting at 115.

Of last year’s deaths at this time, 10 were ruled overdoses — this year, that number is at 21, with eight to 10 still pending toxicology.

“It’s shaping up to be a bad year,” Hammond said.

With all the death hitting the community square in the face — the passing of relatively young people, some barely starting out in life — it’s easy to wonder just why in the hell people keep doing this to themselves.

What makes the addict tick? What is addiction? And is there hope out there for them?

End of the Road

Looking at Cody Williams, it’s hard to believe that six or seven years ago he was panhandling for change outside of Dayton, Ohio, gas stations, stabbing himself with a rig he nicknamed “Old Trusty Rusty” to get another chance at chasing the dragon.

Williams, a man in his early 30s, is healthy. He’s happy; he has a girlfriend he wakes up next to every morning and a dog to boot. He’s a taxpayer today, working as a Peer Recovery Support Specialist for Pathways’ Quick Response Team.

Most importantly — and he’ll tell you — he’s grateful.

“My family calls me, they want me to come around. My nieces and nephews know who I am,” Williams said. “I look at the life recovery has given me and I never in a million years would’ve thought I’d be where I’m at today. I remember finding an open bottle of Old English once and drinking it under a bridge in Dayton. It was flat and nasty and I remember thinking, ‘what a come-up.’ That was a $1.90 bottle of beer.”

Williams continued, “It’s wild where I am today.”

Williams, who grew up in southern Ohio, said he didn’t have hard, rough childhood. Sure, he was exposed to drugs and alcohol, but his nuclear family was around — his mother didn’t run off and leave the kids to their own devices while she got high or drunk. His father was in the picture. He had a few siblings — one sister, who never developed a taste for the stuff, a brother who is currently having his struggles and a step-brother who sniffed just as many pills as Cody did, but one day put them down and never turned back.

Ever since Williams was a kid, he said he remembered being “irritable, restless and discontent,” a phrase parlayed around recovery circles to describe the disease of addiction.

The line of thought goes something like this — the addict or alcoholic has an issue with themselves, where they can never seem to be happy or satisfied. That irritability, restlessness and discontentment is the actual problem — the drugs and the booze become the remedy. And it works, for a short while.

Williams said he remembered being a kid in Walmart and just wanting a toy.

“I’d fixate on it, I’d obsess over it, thinking if I could only get this, I’d be happy,” Williams said. “Looking back at it, I was probably born with addiction.”

He never felt like he fit in, either. In school, he tried out for sports in order to click with the jocks, but it didn’t work out.

“I wasn’t very athletic,” Williams said with a laugh. “I never was.”

He tried a bit of marijuana in high school, but found it really wasn’t his cup of tea. Then one day, tried Adderall, a prescription amphetamine used to treat ADHD.

“I figured I’d try it and see what happened,” he said. “I kind of forgot about it, then it hit me — and immediately, I felt comfortable in my own skin. I was confident. I could talk to girls, I could divide and multiply fractions, I got in a fistfight and I wasn’t scared. I didn’t win, but I had the confidence to it.”

And guess what — it was fun. Williams is the first one to admit, his life didn’t automatically descend into hell like a Reagan-era “Just Say No” PSA. Nope, the pep pills were a blast and he graduated high school and went on to do a little bit of college.

Eventually, he graduated to painkillers. Williams recalled snorting pills with folks who were shooting heroin and thinking, “I’ll never do that. That’s dirty, that’s gross.”

But then authorities started cracking down on the Florida painkiller pipeline and dope was now an option on the table. And eventually, Williams said he got tired of sniffing heroin, so he turned to injection.

“It was subtle,” Williams said. “But the next thing I know, I’m waking up homeless in Dayton after running out of my fifth rehab and thinking, ‘you know what, I’m done with my family. All they want me to do is get clean and I can’t even do that.’”

This was 2013. Dayton was slammed with dope, Williams said. Eventually Old Trusty Rusty — Dayton at the time did not have a needle exchange program — turned on him and made him sick from a blood infection. It spread throughout his body, and Williams couldn’t walk.

Broke, paralyzed and in heroin withdrawal, Williams said he had no other choice but to call 911. After a bit of convincing at the Emergency Room that he wasn’t there to get a medical grade fix, and a couple surgeries, Williams landed himself into a nursing home.

“It was an interesting experience,” he said. “I mean, I was the most popular guy there. Plus, the old ladies would give me cigarettes if I let them pinch my butt.”

There, Williams got a second chance. The doctors weaned him off the opiates slowly, so the withdrawal wouldn’t kick in. One day, the doctor told him he was medically cleared to leave — he could walk and he wasn’t physically dependent anymore.

He went to sober living, but Williams decided he could do it on his own.

Williams continued, “There’s a feeling I used to get whenever the dope boy would pick up my call or I’d get the bag in my hand. A feeling of peace. It wasn’t real, but I still felt it.”

The relapses took him from town to town, eventually landing him at a soup kitchen in Charleston. Someone gave him an offer — he could ride around Kentucky cashing counterfeit payroll checks in a car full of people for a fix.

Brittany Herrington has been sober for a decade. She’s also the peer support specialist coordinator for Pathways.

In many ways, she’s the opposite of Williams — she’s high-strung, loud and enthusiastic, whereas Williams is a laidback kind of guy who embodies the word “chill.”

But in many ways, she’s the same. She, too, knows what it’s like to run one’s life into the ground over drugs and alcohol. In her addiction, it was strictly painkillers, but she still knows the loneliness only the lush or the junkie can feel.

Herrington, quoting “an amazing but absolutely boring” documentary made by a doctor standing on some rocks in Utah exploring addiction called “Pleasure Unwoven,” poses the following question:

“If you’re an alcoholic and you’re drinking at a bar and I’m a normal person and I’m drinking at the bar and a guy comes in and puts a glass of whiskey in front of each of us and puts a gun to our head and says, ‘if you touch this drink, I’ll shoot you dead’ what do you do?” Herrington said.

Herrington answers the question. “In reality, neither one of us is picking up the drink. But if I’m a normal person, all I’m thinking about is staying still, doing exactly what he says. That drink in front of me isn’t even an option. But for the alcoholic or the drug addict, they might think of a way to punch the guy out or convince him to let them go, all for that drink,” she said.

See, according to Herrington, addiction is tricky. On the one hand, “people have 100% freedom over what they do with their hands and feet,” but on the other hand, “they have 100% lack of freedom over how their mind works.”

Addiction is a disease, according to Herrington. It’s not a moral failing — an attitude she traces back to the Temperance Movement of the 19th Century — nor is it due to lack of character or any of that. The addict’s brain is plainly and simply wired different.

“People get so upset when you call it a disease, but look at the word, dis – ease. When I introduce drugs and alcohol into my body, I do not have the same reaction as a normal person, like other people in my family,” Herrington said. “Just like somebody with diabetes doesn’t have a normal reaction to eating a fudge round.”

Herrington continued, “Addiction is a disease that hijacks your brain and you can’t see clearly.”

That doctor from whom she borrowed the proposition? He himself was went through treatment and found the disease model a crock of crap. So he set out to make a documentary to debunk the theory, and found that brain scans reveal the addict ingesting a mind- or mood-altering substance show different activity from the ones of “normal” folks, Herrrington said.

“Once there is continued use, the brain starts to rewire how it functions and it jumps straight from choice to pleasure, totally skipping any rational thinking,” Herrington said. “In addiction you make choices every day — I made the choice to go to the dope man’s house, to go to the liquor store. I made plenty of choices, but I couldn’t choose how my brain worked.”

And with all that brain chemistry going on, it’s no wonder addiction is a constant, relapsing disease. Think about Williams’s story — he had medical care and was weaned slowly off heroin and released from that nursing home with a full bill of health. It’s that powerful — the mind will trick one into picking it up, even if it’s been absent from the body for a while.

Herrington said there are multiple factors that play into how successful one’s recovery is, but even with the needs met, it’s still not a 100% indicator that recovery is going to be successful.