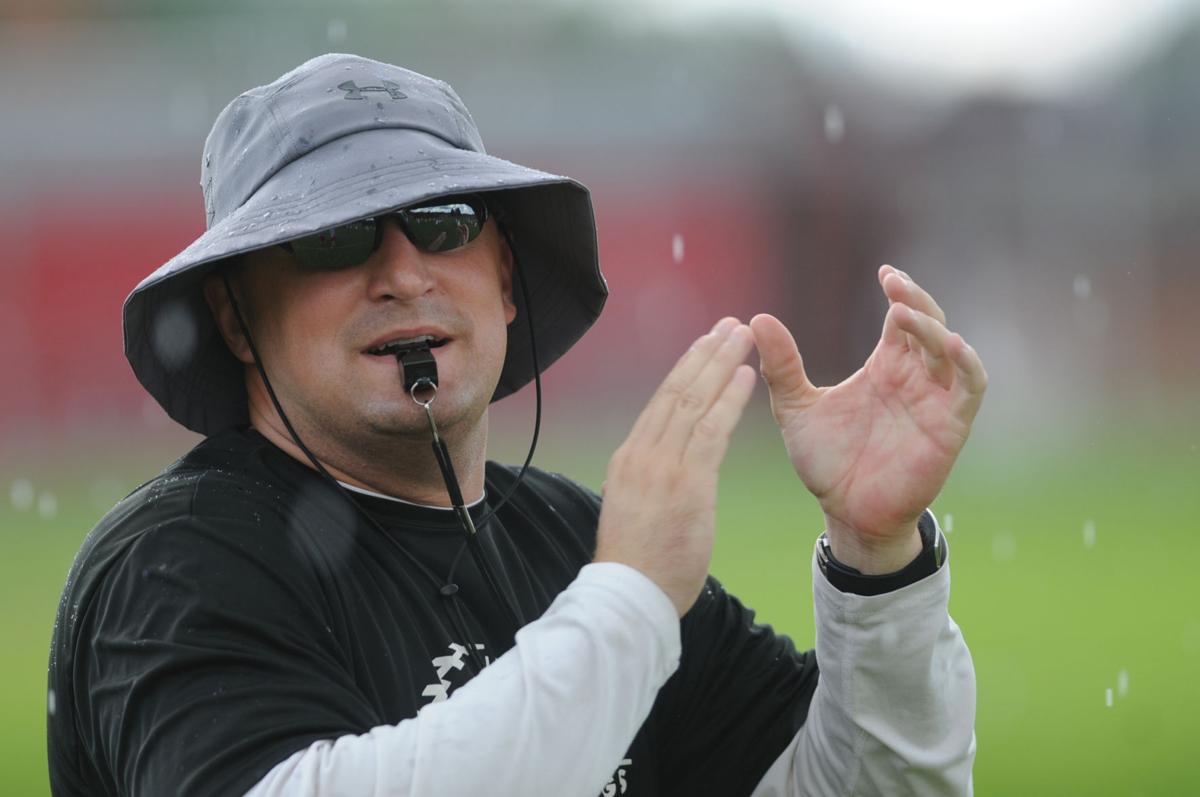 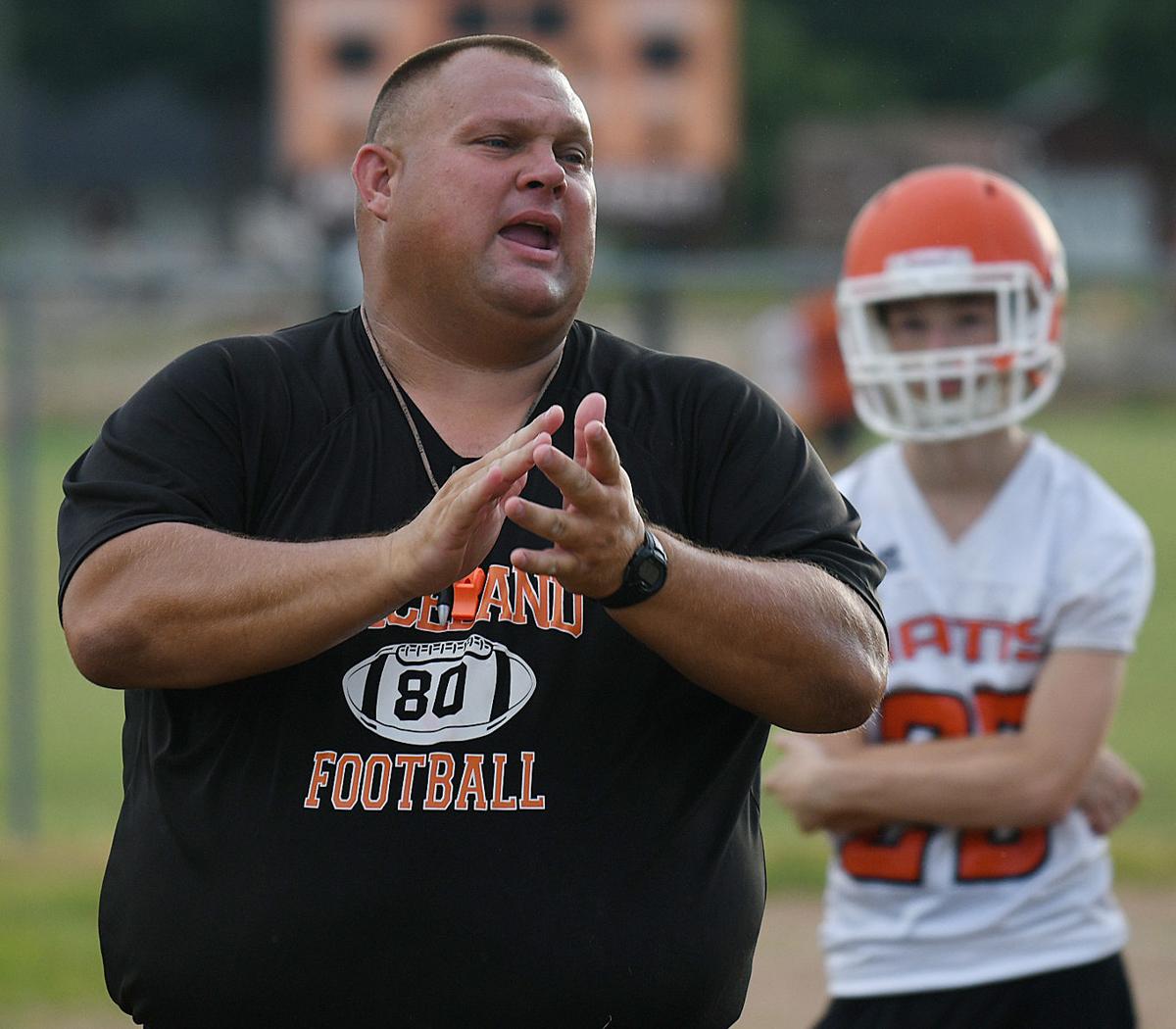 Not much about the way high school sports have operated since mid-March has seemed positive, and workouts in football — and every other sport except golf — look nothing like the Friday nights that produces the adrenaline coaches and players chase.

But at least workouts are continuing, and Alan Short is well aware it could be worse.

“At this point, we’ll take that as a win,” Lawrence County’s coach said. “You look at what’s going on in other states like Virginia and New Mexico (whose sports governing bodies have shut down football for the upcoming fall), and there’s a lot of what-ifs right now, but the fact that they haven’t made that commitment that we’re gonna shut you guys down, that’s been a blessing.”

The KHSAA Board of Control is scheduled to meet today and expected to discuss next steps in a slow and painful battle with the COVID-19 pandemic. Positive cases are rising in Kentucky after an initial flattening of the curve, and schools across the Tri-State and the commonwealth have temporarily shuttered workouts.

“It’s obviously troublesome and very alarming,” Raceland coach Michael Salmons said. “You don’t want to have an outbreak within your own program. At the same time, I think people would be naive to believe that it’s not around us. We just either, A, don’t know it, or B, it just hasn’t come to the surface yet. But you try to be precautionary as best you can.

“We hope our kids are healthy, and even if they do contract it, we’re hopeful that they’re able to recover.”

Because of the rise in cases both around the state and the area, Salmons was “unfazed” that the KHSAA Board of Control pushed back the start of mandatory workouts to at least Aug. 3 at its last meeting, and speaking earlier in July, he wasn’t sure there was enough time for that trend to turn around before today’s meeting for there to be a strong chance of practices that actually resemble football to begin by that target date.

“While I think Aug. 3 is an ambitious goal and would be promising, I’m not real sure that’s practical or feasible,” Salmons said before a recent Rams morning workout. “Hopefully we can do something this fall, just a matter of when. ... We’ll see, but I don’t see Aug. 3 happening.”

Then there is a question of if there is time for teams to be ready for the currently scheduled opening night — Aug. 21 — if workouts can begin Aug. 3.

“I wouldn’t think so,” Short said. “From our standpoint, we think that we need about 20 to 25 practices to be adequately prepared. Football’s got a whole lot of moving parts — not saying that other sports don’t — but any time you put 11 guys on the field and they’ve all got to execute assignments, we need at least 20 to 25 practices.”

Salmons estimated that games might begin around Labor Day if practices do begin Aug. 3. He noted that teams usually have five or six weeks from the beginning of practice to their regular season opener, and said that time could be condensed if necessary.

“A lot of times in those six weeks, we would only practice four days (a week), so we could keep kids healthy and enthused,” Salmons said. “I think realistically a month can happen. Schemes may not be as elaborate, but I think in a month, kids can be healthy, and at the end of the day, that’s what everybody wants.”

The Kentucky Football Coaches Association is working to have a voice in conversations about what will happen this fall, and its elected council has met with KHSAA commissioner Julian Tackett to that end, KFCA president David Buchanan said.

“We want to play football and we want to protect the vulnerable,” Buchanan said. “We’re working with the KHSAA, we’re working with our regional reps and we also will work with our elected council. Right now, we’re really in the process of trying to be part of that conversation and looking at ideas that we can play and the vulnerable can be protected. That’s what we’re after.”

Buchanan said the KFCA doesn’t want “football at all costs,” but that the consequences of sports and in-person classes being removed are worth considering.

“Just like the COVID is real, it’s also real that there’s gonna be pretty significant and negative consequences for our kids if there is no athletics and there is no school,” Mercer County’s coach said. “I think that has got to be part of the conversation. If it’s not, then I think we’re doing a disservice to our kids. How do we balance out the unintended consequences of the negative risks?”

Whatever happens today and whenever the season starts, Short is pleased with where the Bulldogs are, all things considered.

“It’s been a testament to our kids,” Short said. “You go three months without seeing them when everybody’s locked down, and then they come back and you can tell the ones that have put in the work and done the right thing and continued to train their bodies, and they look really, really good. That was a very positive sign for us as coaches, to see those guys come back like that.”