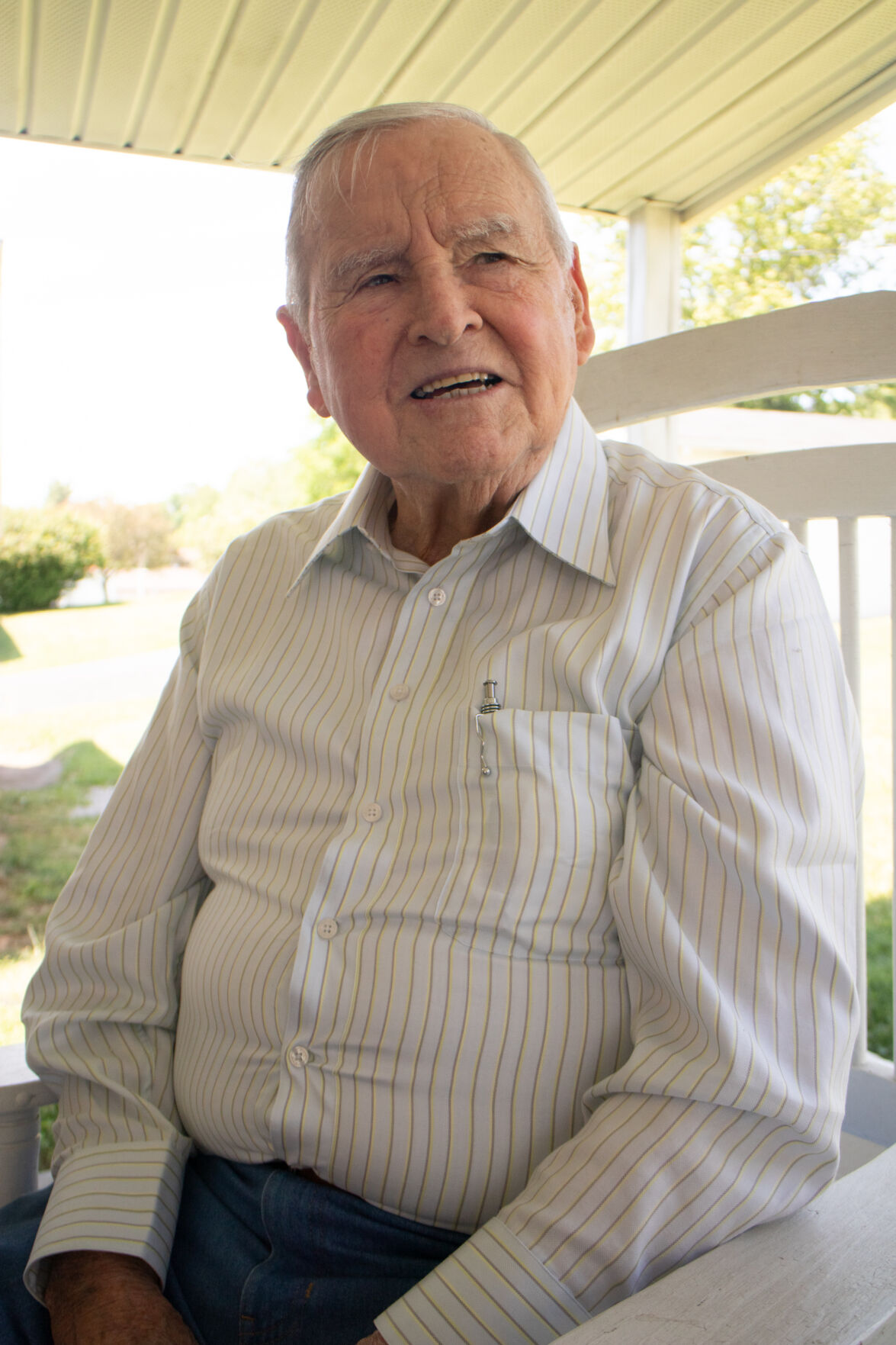 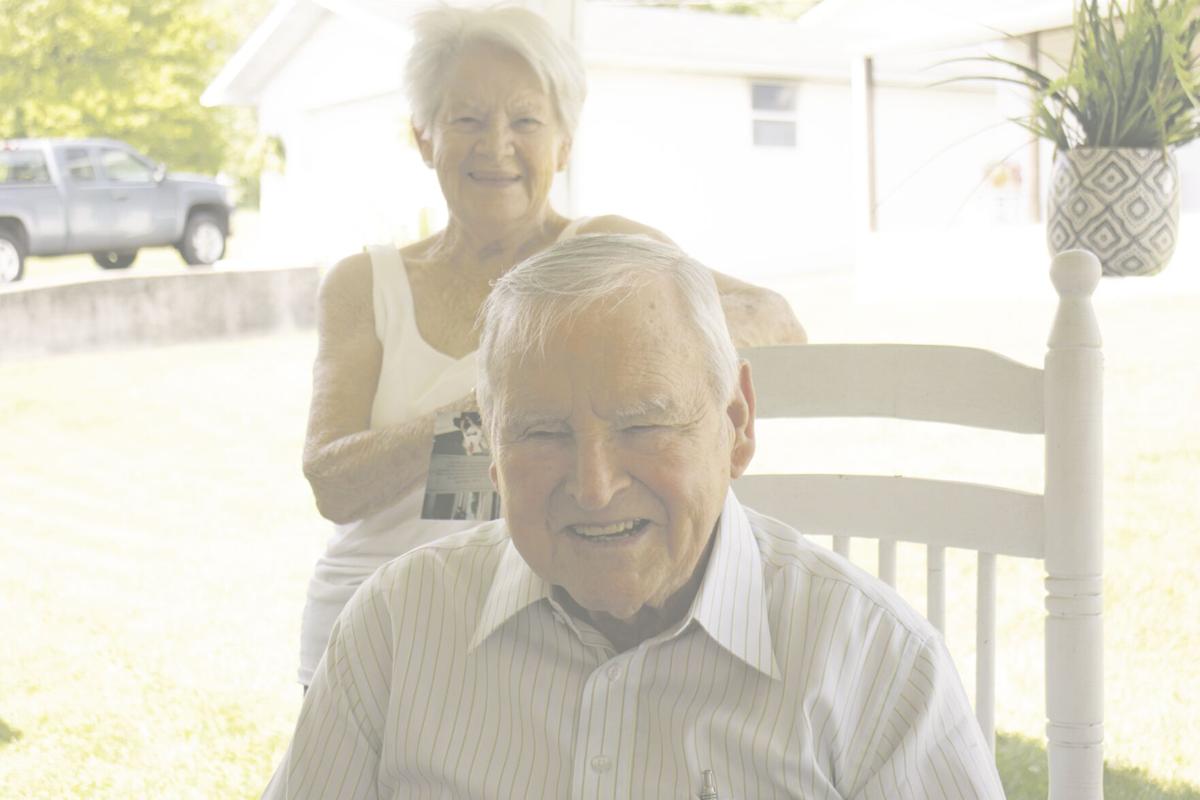 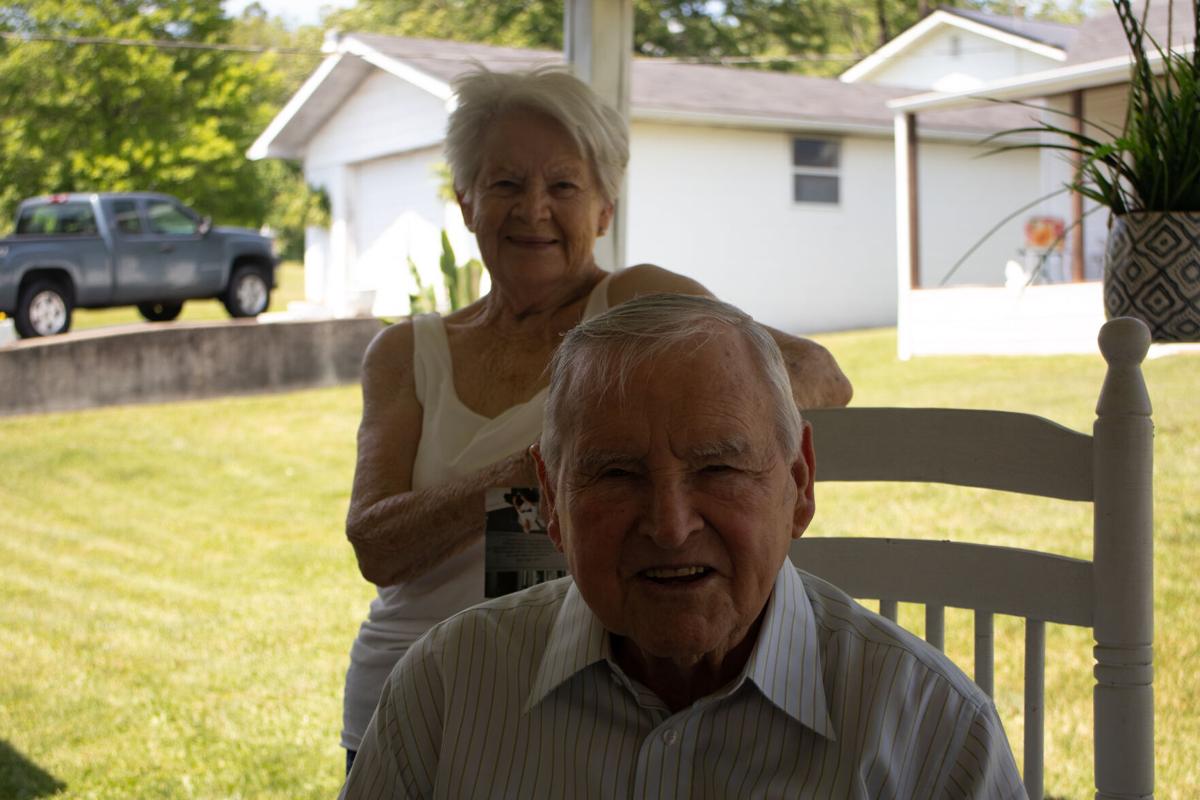 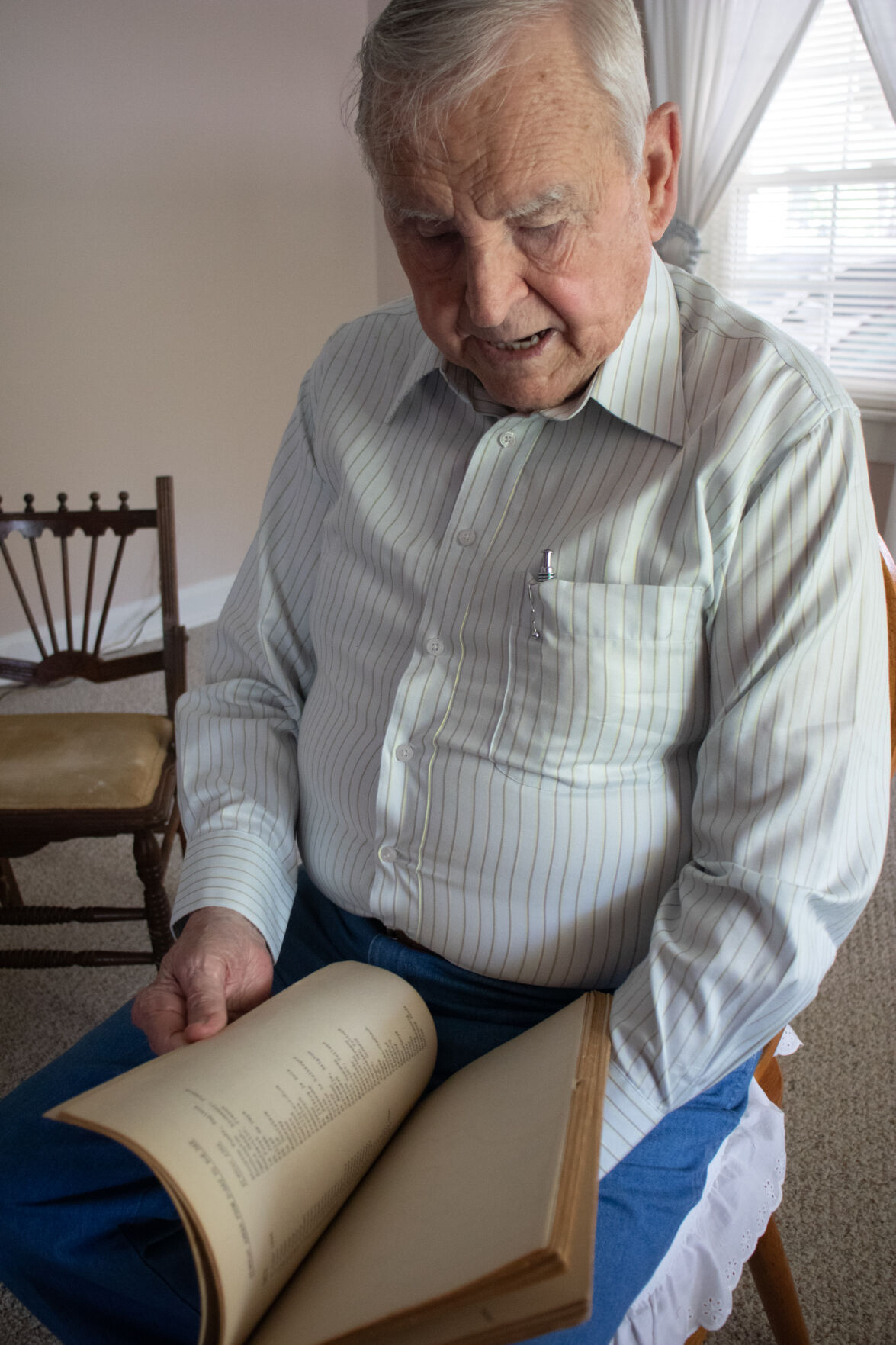 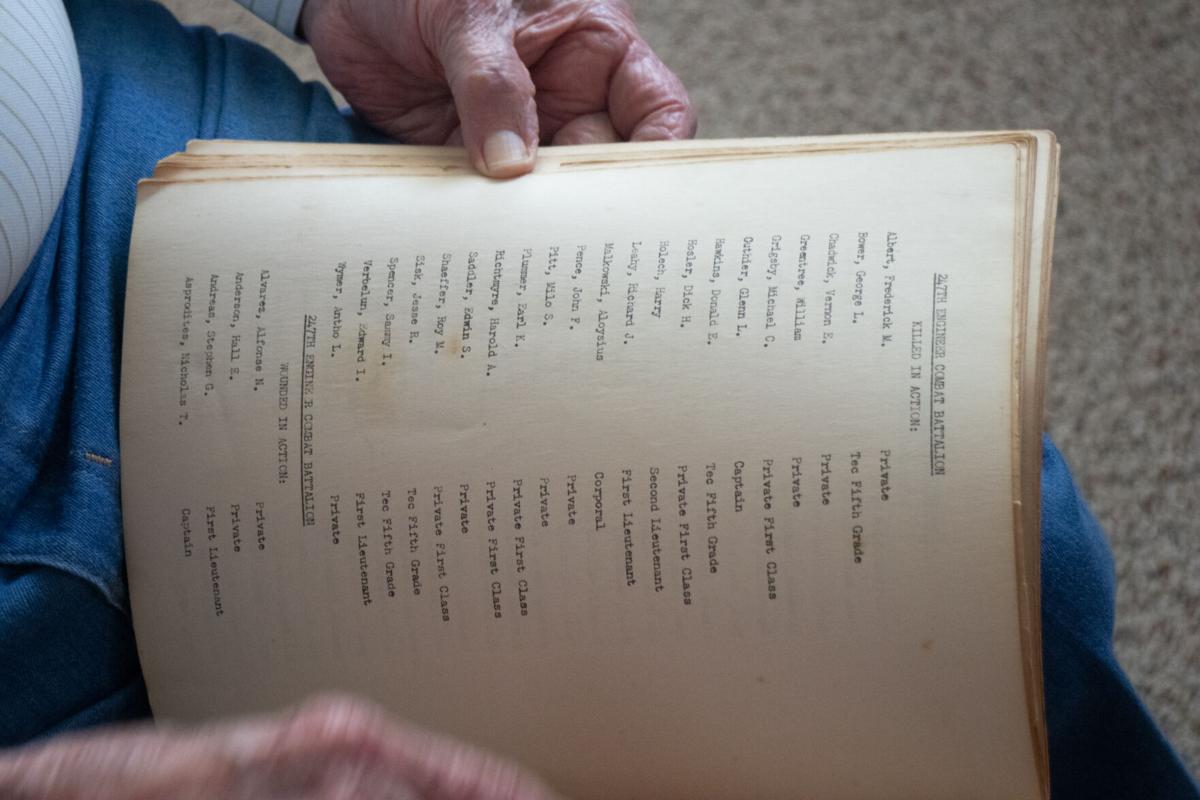 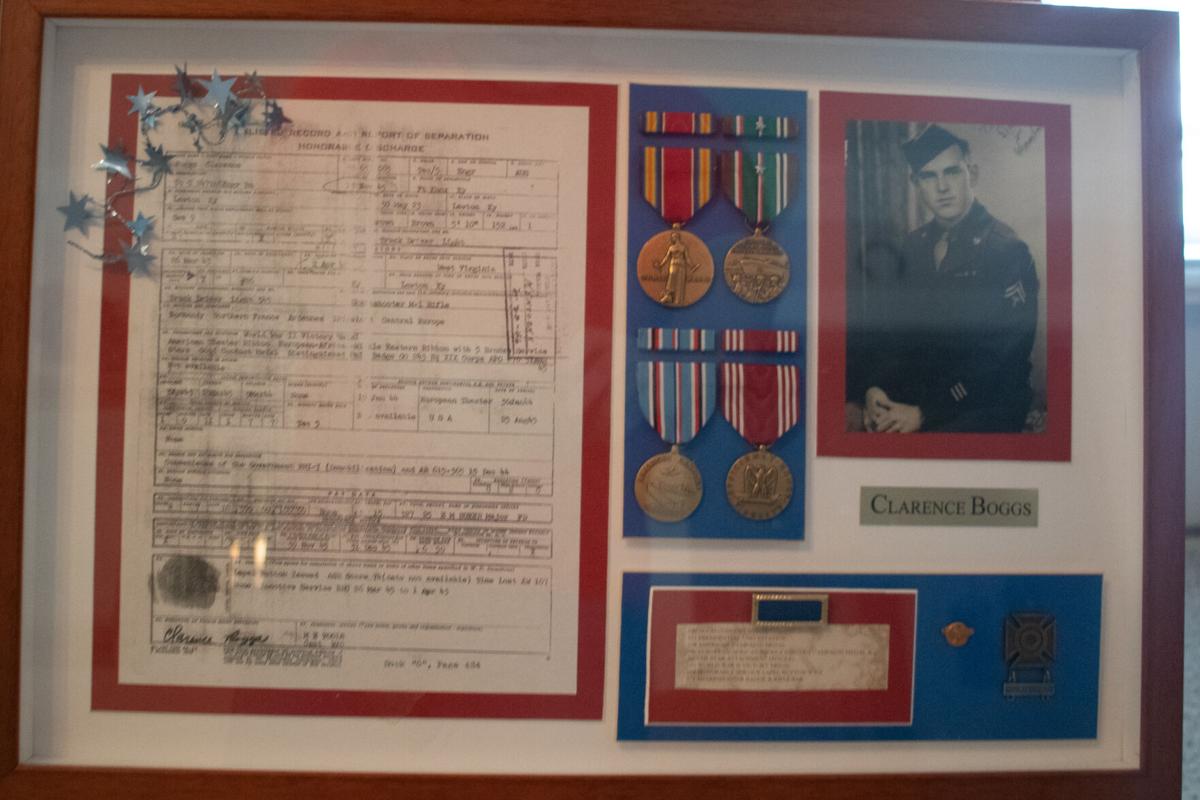 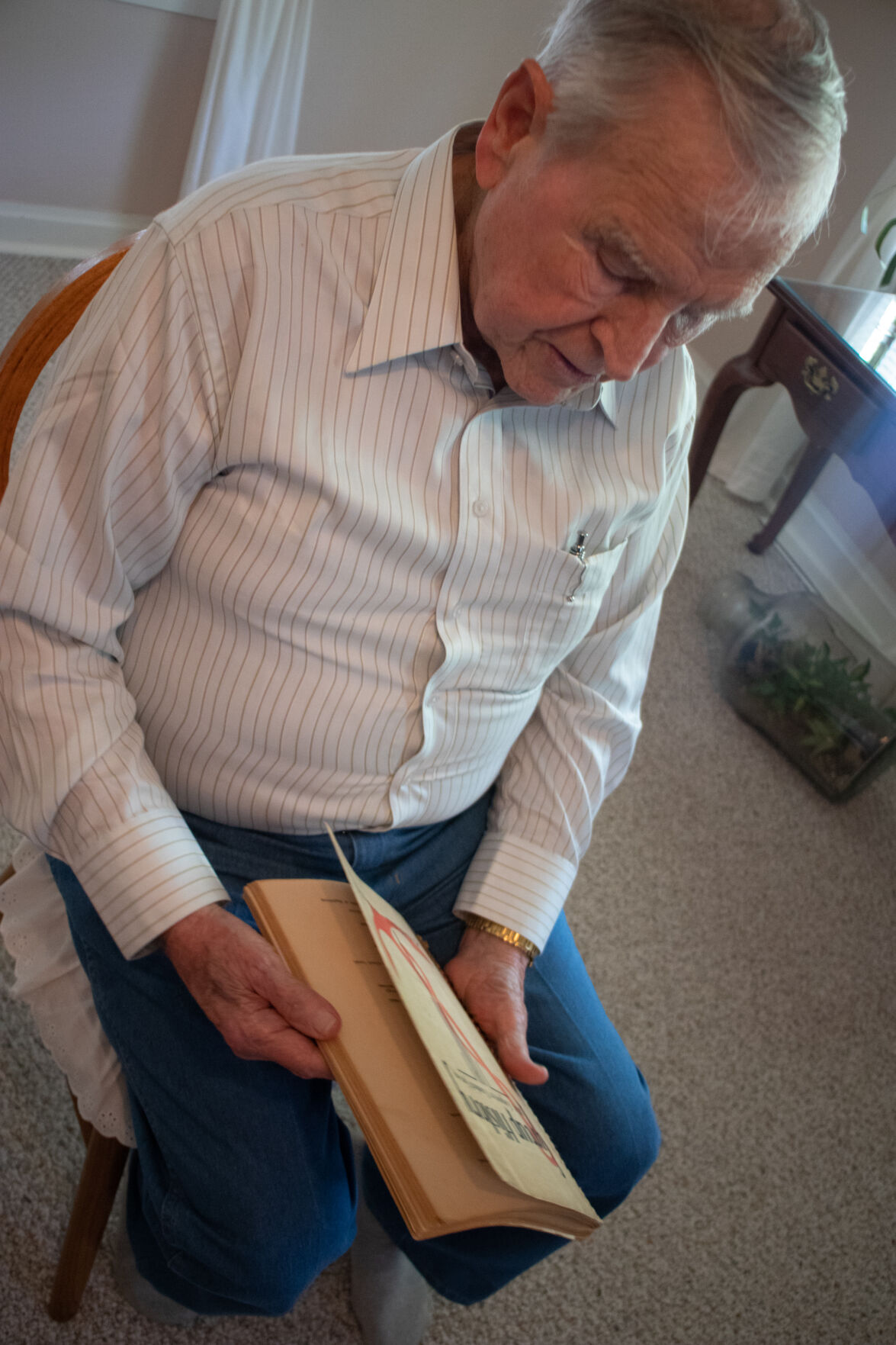 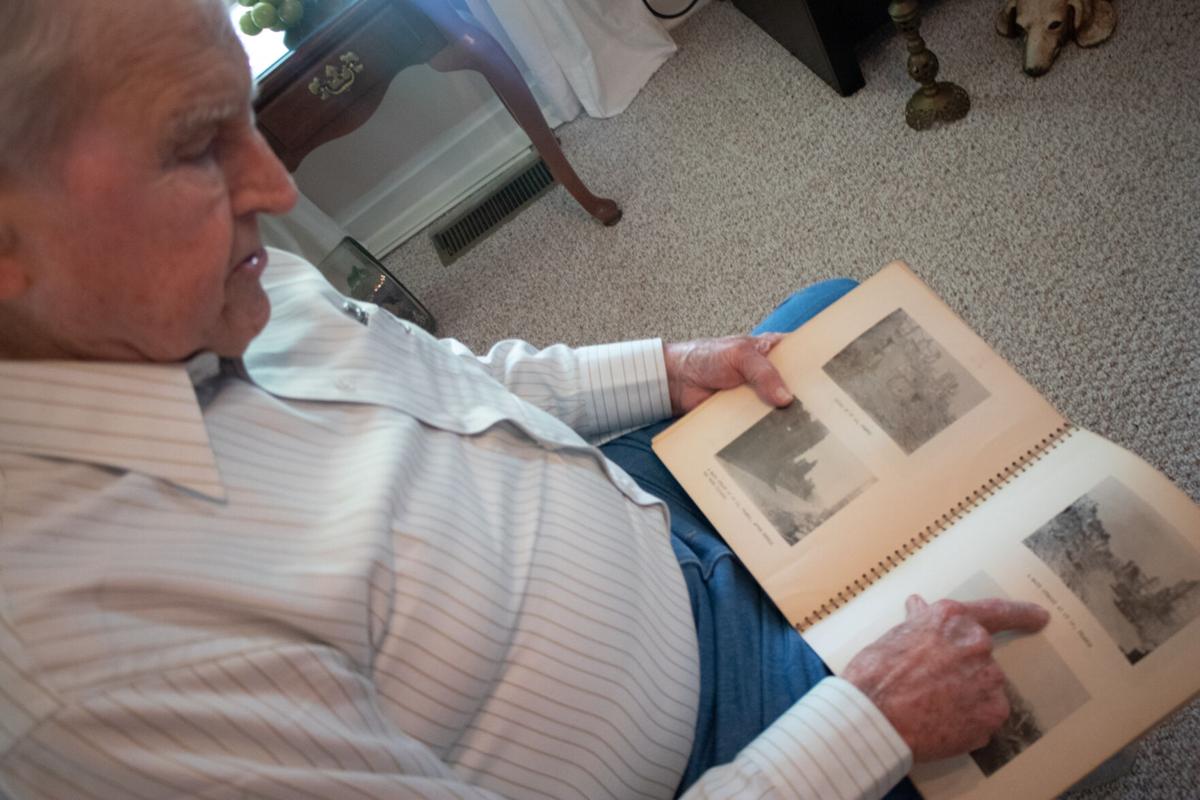 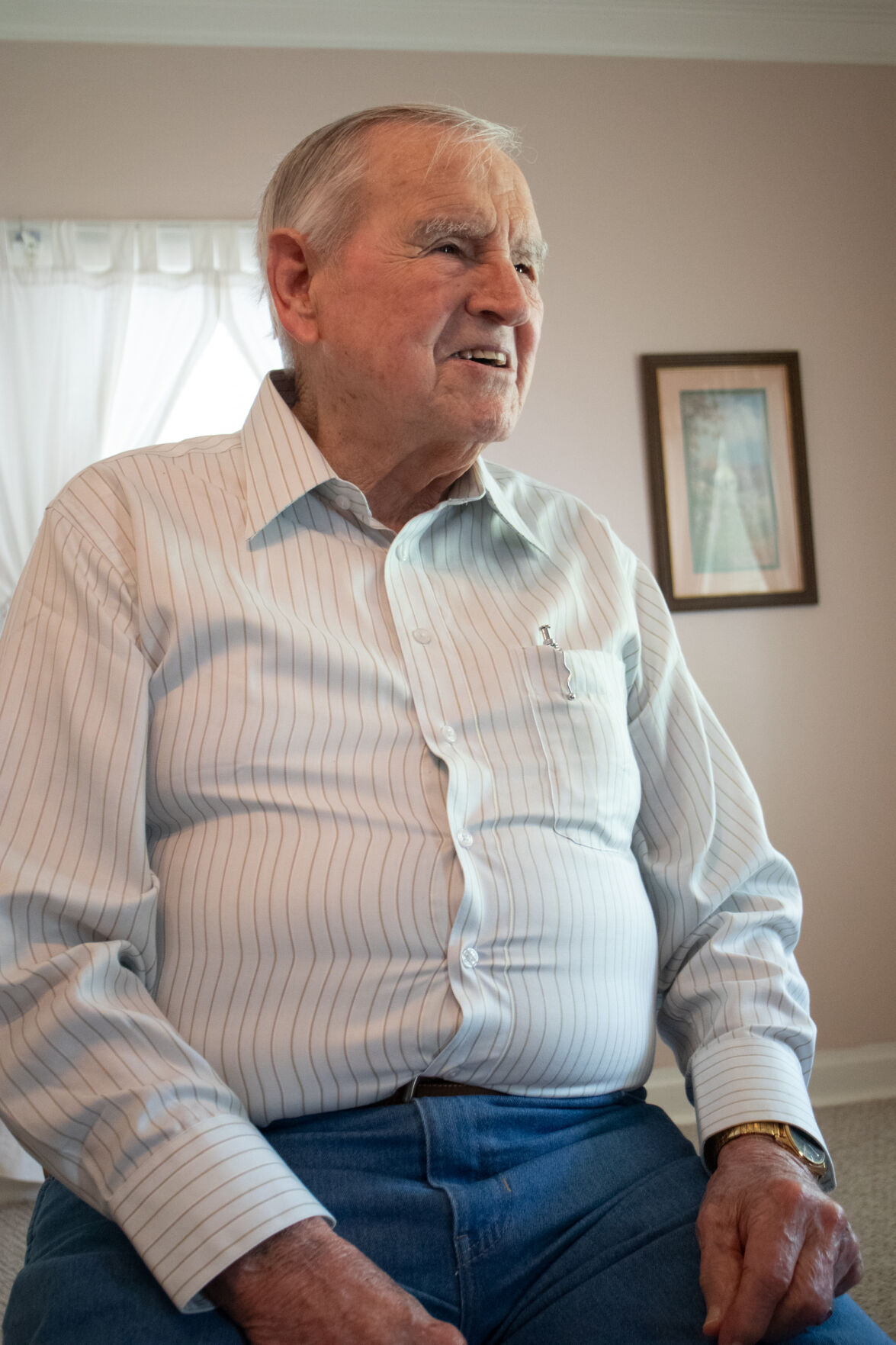 “It’s just one of them things.”

D-Day veteran Clarence “Toots” Boggs, of Olive Hill, repeated that phrase as he spoke of his time in World War II.

“I’d have to say I was scared, but I guess we all were some of the time,” he said.

The 97-year-old went into the Army when he was 18 in the early 1940s. He volunteered, but he was sent out with soldiers who were drafted. After training stateside, he said he and his crew went to advance training for six months in England before they hit the coast of France. He was in the Army for almost three years, 11 months of which was in the European Theater. He has spent the last seven decades trying to forget the things he saw while in theater.

“We went to Saint-Lô,” said Boggs. “That’s where they bombed the town. They sent 3,000 planes over in two hours and they leveled that place.”

Boggs said he was lucky he wasn’t on the coast of France on the first day. He hit the beach on the second or third night.

“I sat there on the first night (he was there) with a machine gun on the shore. I sat there all night,” he said.

He said he was in a foxhole with his friend, watching planes fire all around him on Omaha Beach in Normandy, France.

“I guess walking guard at midnight through those times were kind of rough,” said Boggs. “Glass was all over the streets where they blew it out and you’re trying to walk quietly. Crunch, crunch, you know how that goes. It’s just one of them things I guess.”

Boggs said he tries not to look back at his service during the 11 months overseas, which included time after the war clearing a concentration camp in Germany.

“It was just pitiful how they treated those people,” he said.

Boggs said he tries not to talk about his experiences and hopes to forget them. Adding he feels that if they were going to be forgotten, they would have been by now.

When he got out of the Army he drove a truck for 50 years. He was born in Carter County and he came back after his service.

“I wanted to come back to it,” Boggs said. “Back when I first came back, this little town was pretty lively then.”

Boggs married his first wife before he was discharged from the Army. Her name was Bessy Humphrey; they went to school together and both grew up in Lawton. Boggs later remarried. He met his current wife, Barbara Jean Boggs, while on a walk in Olive Hill.

He was involved in First Christian Church, but now is active at Christ Community Church in Olive Hill. After he retired, Boggs spent the winters in Florida fishing for about 20 years.

Boggs has been out to visit the WWII memorials at Washington D.C. He said seeing those brought back his memories of time in service.

“There are times he wakes me up in the middle of the night (with nightmares about his time in the war),” Barbara Jean Boggs said.