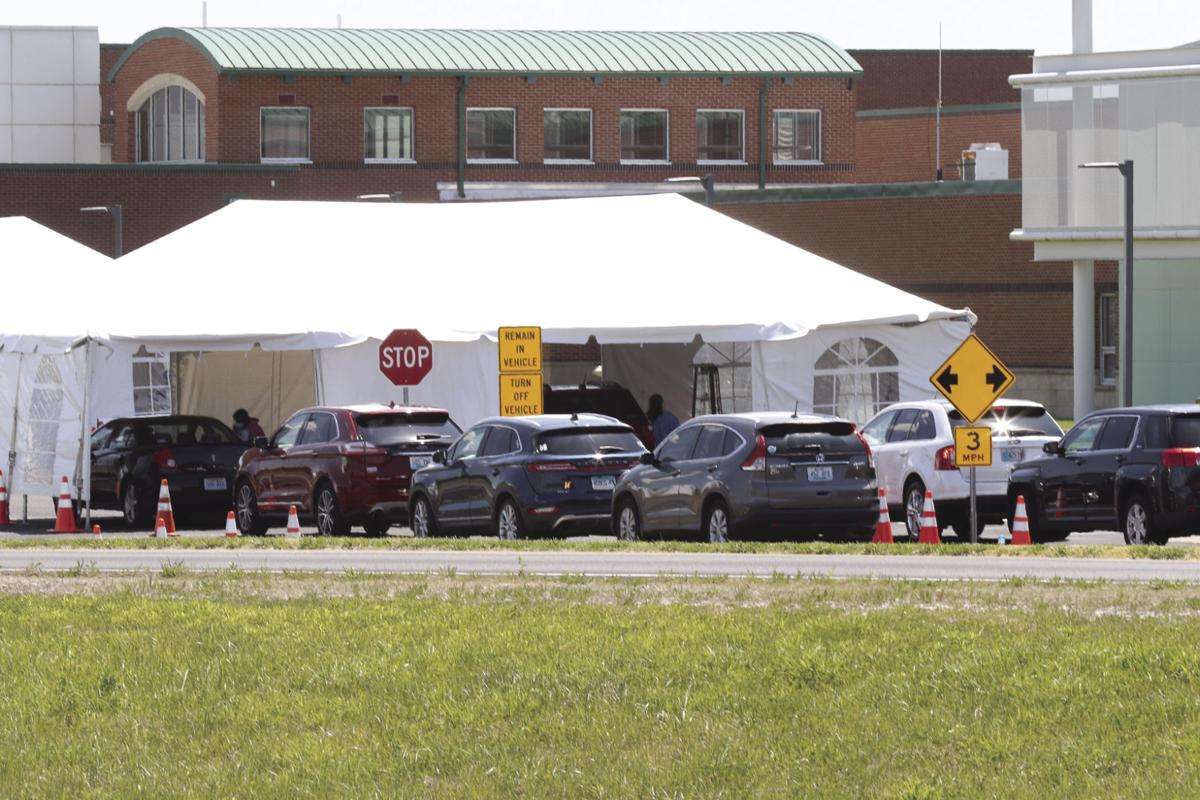 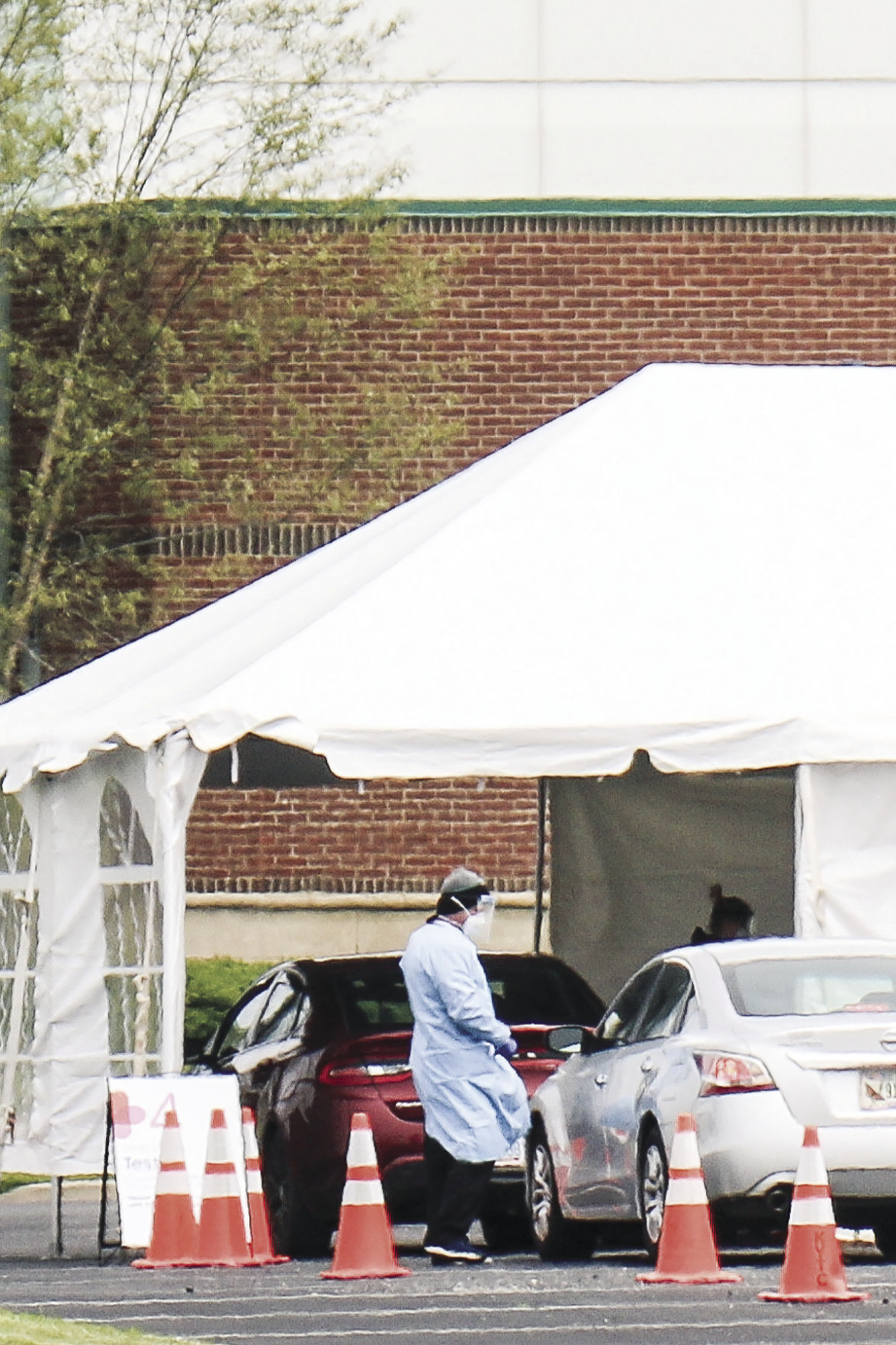 ASHLAND Testing is the foundation to building strategies to fight COVID-19.

That’s why Kentucky Sen. Robin Webb worked to bring a testing site to Ashland and was one of the first in line to receive a test.

“From Pikeville to Kenton County, there was a big space where there were no test sites,” Webb said. “I felt like with state lines and so many of our people having to go across state lines, especially here, it certainly needed to occur.”

She said she simply wrote a letter to Gov. Andy Beshear requesting testing sites in Ashland and Maysville, an area she also has represented. Testing was done Tuesday through Thursday at the Ashland Community and Technical College’s Technology Drive campus.

“I understood tests needed to go to the hot spots first, but we had had three people die in Boyd County and we needed to be part of the testing to collect data and to provide some peace of mind,” she said.

Webb said she was testing on Tuesday, the first day tests were offered, because she wanted to know if she might be an asymptomatic carrier.

She said the process went smoothly, thanks to the Kentucky State Police, Boyd County Sheriff’s Department and the National Guard, who shepherded the public through the drive-up process.

“This was a self-administered test,” Webb said, noting the test was quick, easy and painless. “With your windows up, you show your ID and they got the paperwork and you moved on to the next station, where they handed you a swab encased in a tube in plastic and you took it and they instructed you. You put it up there several inches and twirl it and hold it there for 15 or 20 seconds. Then you do the other nostril and put the swab in a plastic tube. … I could feel it, but you didn’t feel it all day. It wasn’t bad at all.”

Joy Broyles, a customer service and billing supervisor for The Little Clinic, the branch of The Kroger Co. that performed the tests, said 1,070 were tested during the clinic’s three days in Ashland.

The test, which has a 90% accuracy rate, is called a “a mid-turbinate self-administered swab” — which Broyles said is less invasive than the nasopharyngeal swab.

“We have begun to receive results from Tuesday’s testing,” she said Friday. “Negative results are received via the patient’s portal that they set up and all positive results, the patient receives a phone call with education.

“If you might be with high-risk people, it’s imperative you know,” she said.

Grayson resident LeighAnn Hopkins Johnston said she and her husband got tests on Thursday, also wanting to know if they were asymptomatic carriers.

She described the same process Webb described, adding it “made my eyes water and I felt like I was going to sneeze.”

To Johnston, it was important to know because her parents are in the high-risk group.

“My mom has chronic health conditions and we are limiting any contact with them, but we just wanted to know,” she said. “And we have other family members that we see regularly but are socially distanced from. They’re in their 60s or older and also are high risk.”

She said she and her husband also check on older neighbors. While they keep their proper distance, it’s better to know they’re not carriers.

Johnston, 52, who works in human resources for Sun Chemical, said she has been working at home since March 16 and doing no traveling for business. She said her husband had work in Louisiana that has been postponed.

Jesse Stout, an agent for Greenup County Farm Bureau, said he spent about 40 minutes at the testing site.

“It probably wasn't much different than going to a doctor's office for a test, time wise, but probably felt longer as I was sitting in my vehicle,” the 35-year-old Wurtland resident said. “I also intentionally scheduled mine when Kentucky Sports Radio would be on, so I was somewhat prepared.”

He said the process was easy and direction was clear. The test wasn’t as uncomfortable as he thought it would be.

“From pictures I had seen online showing how far the swab goes, I thought it would be much worse than it was, but it honestly wasn't that bad,” he said. “Jumping in a pool and getting water up your nose feels much worse than the test itself.”

Dwight and Cathy Sizemore were tested on Tuesday and called the experience “great.”

“The online registration was very user friendly and simple. We received an email afterwards with our confirmation info,” Mrs. Sizemore said. “When we arrived at ACTC, the area was set up to easily navigate to the testing site. Everyone was very nice and took measures to assure safety. We never left our car and had no negative issues at all.”

She said they appreciate the work it took to bring the tests to Ashland and the work of the people at the testing site.

Webb said it seems as though a large number of area residents were tested and that’s a positive, but there are still chances to be tested elsewhere.

“Many health providers are doing this, and antibody tests as well. It’s all part of the big picture to try to move forward.”

Webb said whether state testing comes back to the Ashland area depends on the progress of COVID-19.

“It’s the first round,” she said. “We’ll see. With the situation as fluid as it is, the virus will maybe dictate that. We’ll monitor it and have discussions about it.”