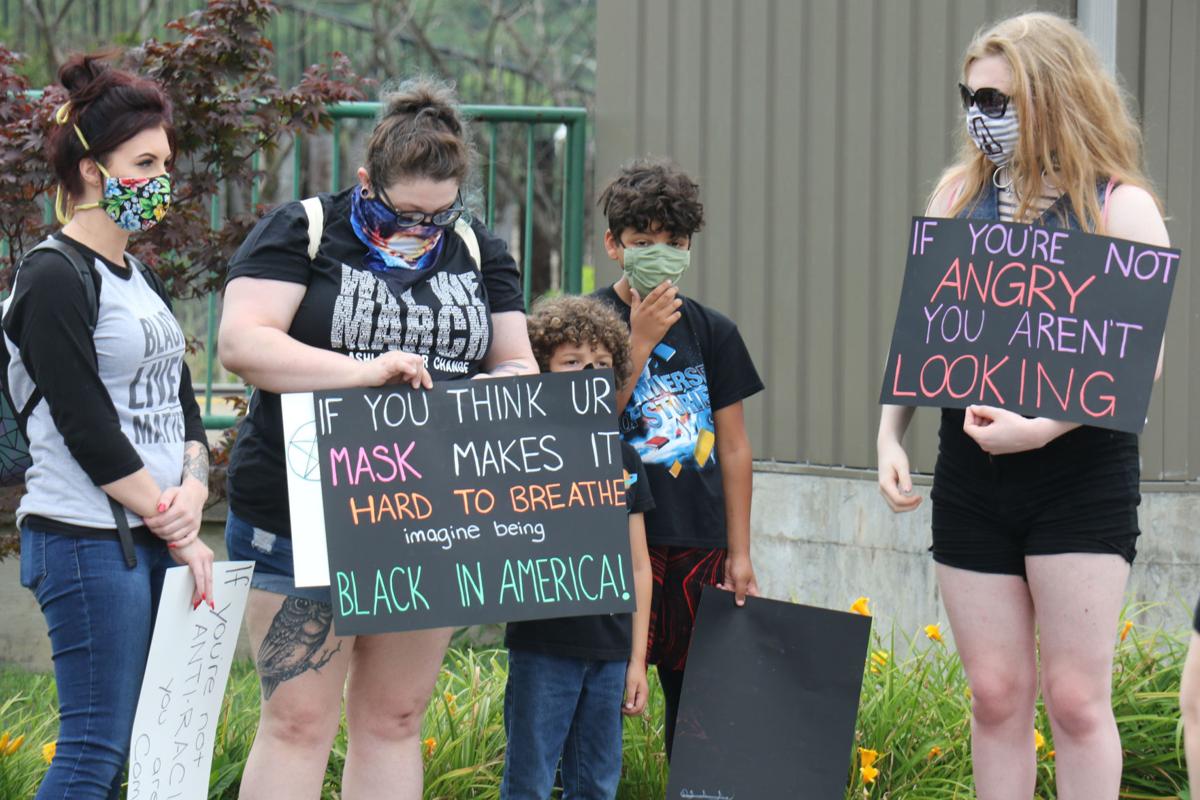 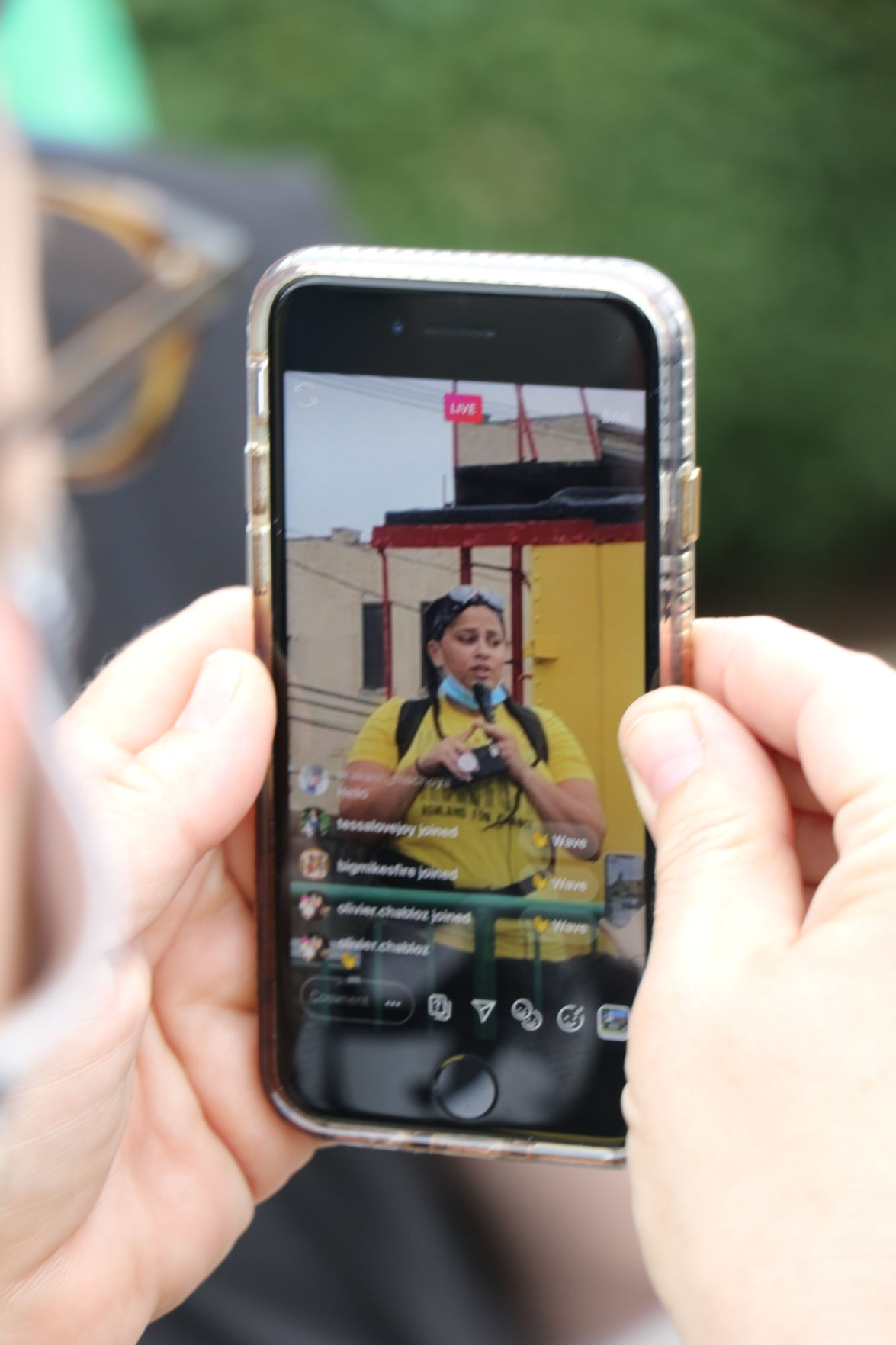 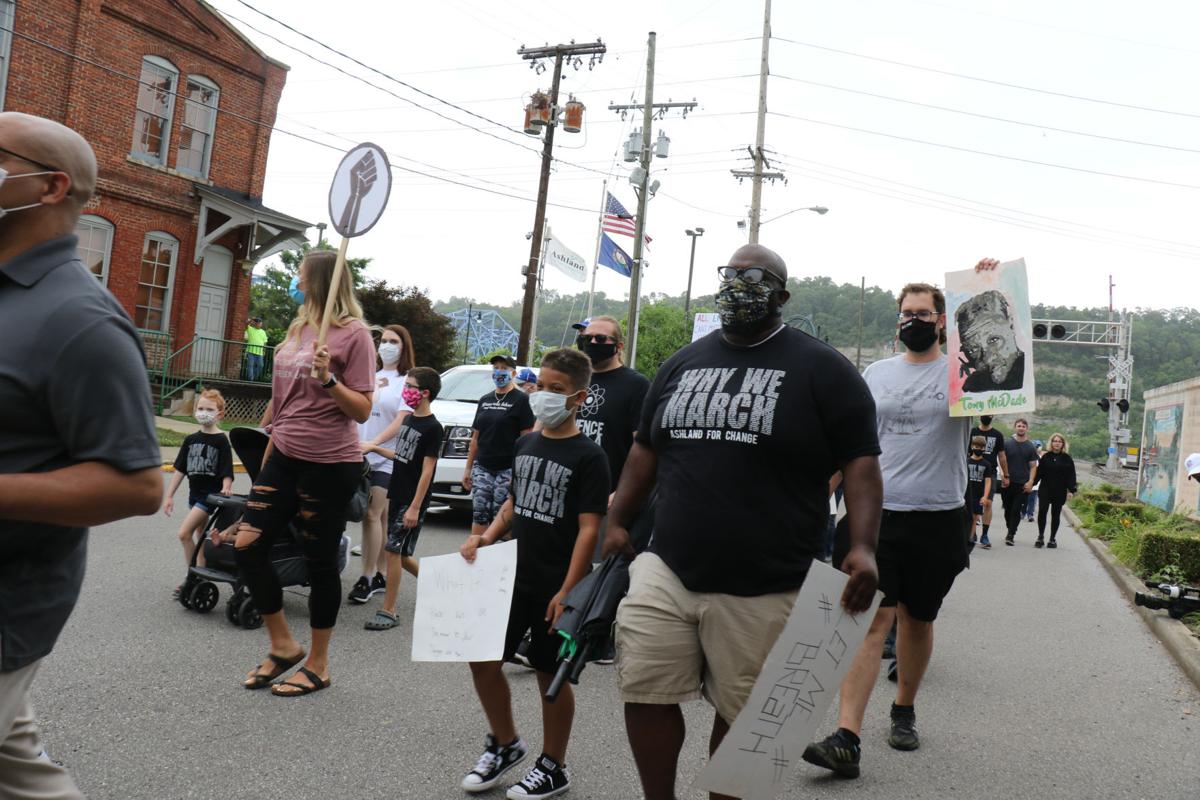 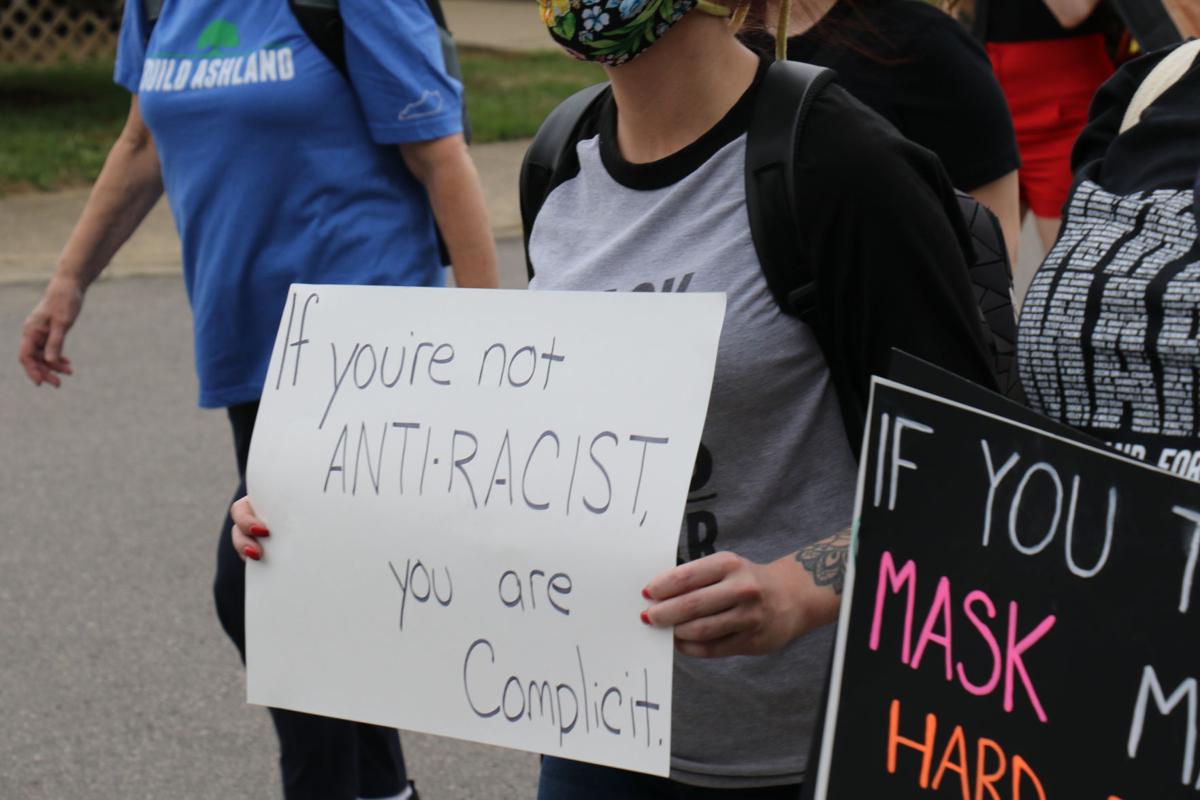 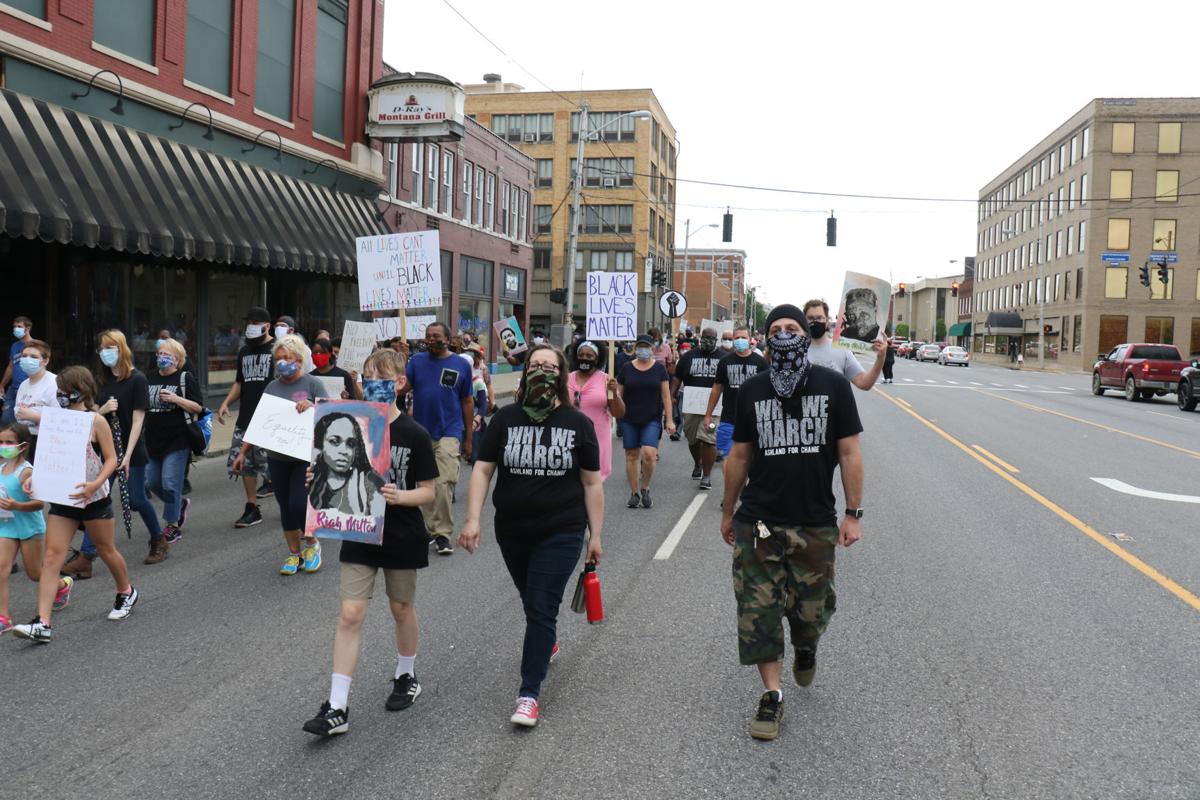 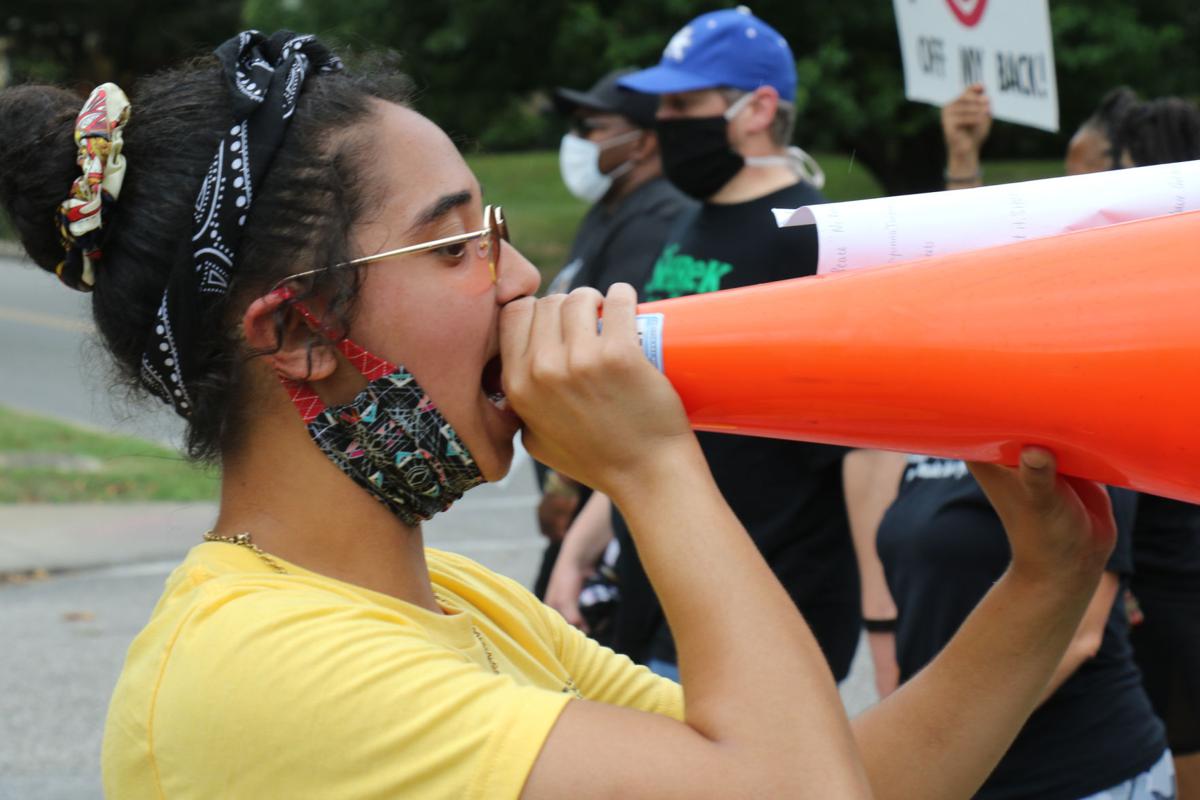 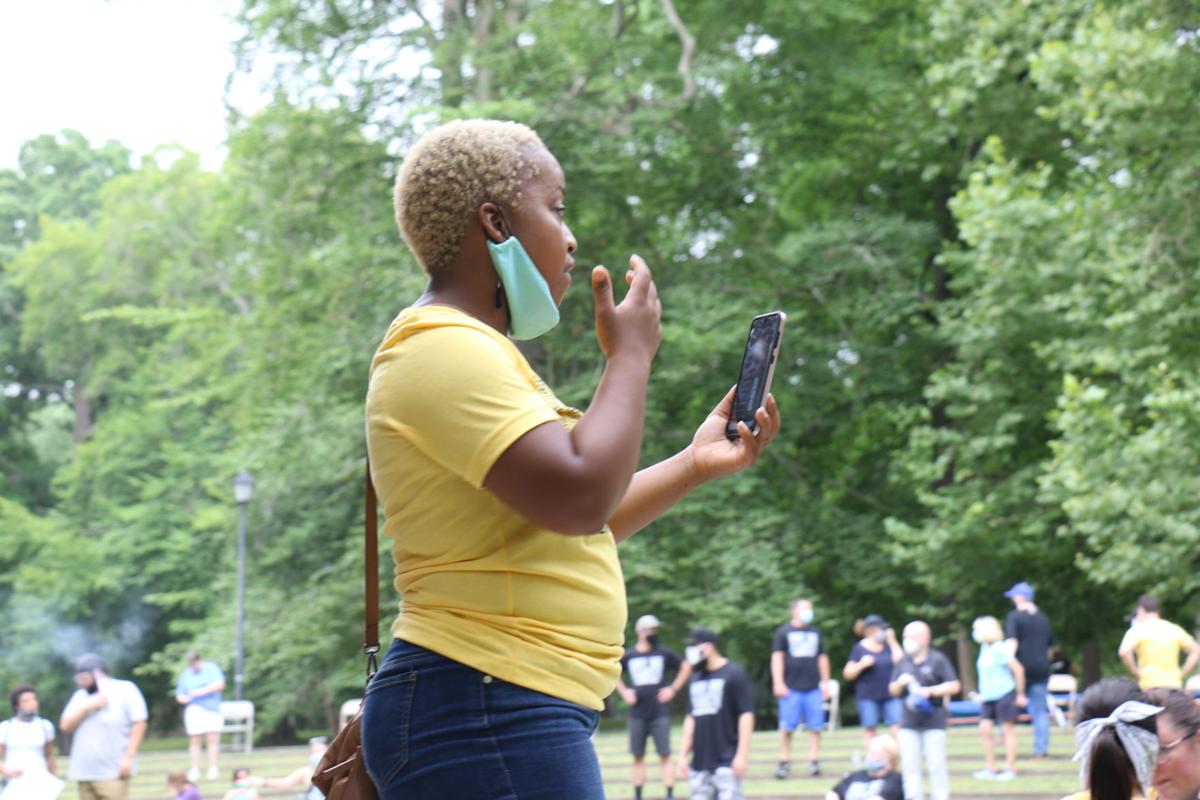 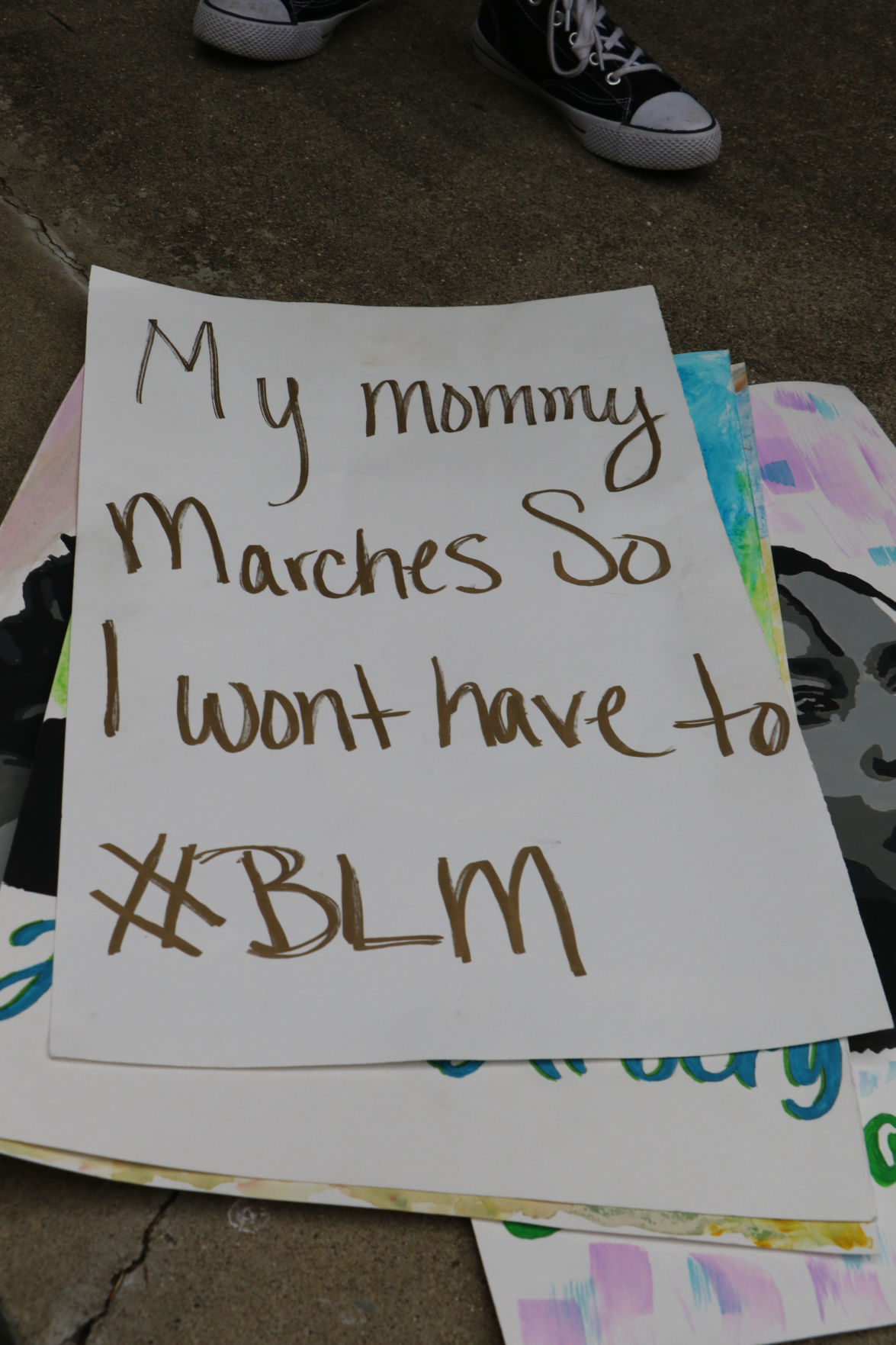 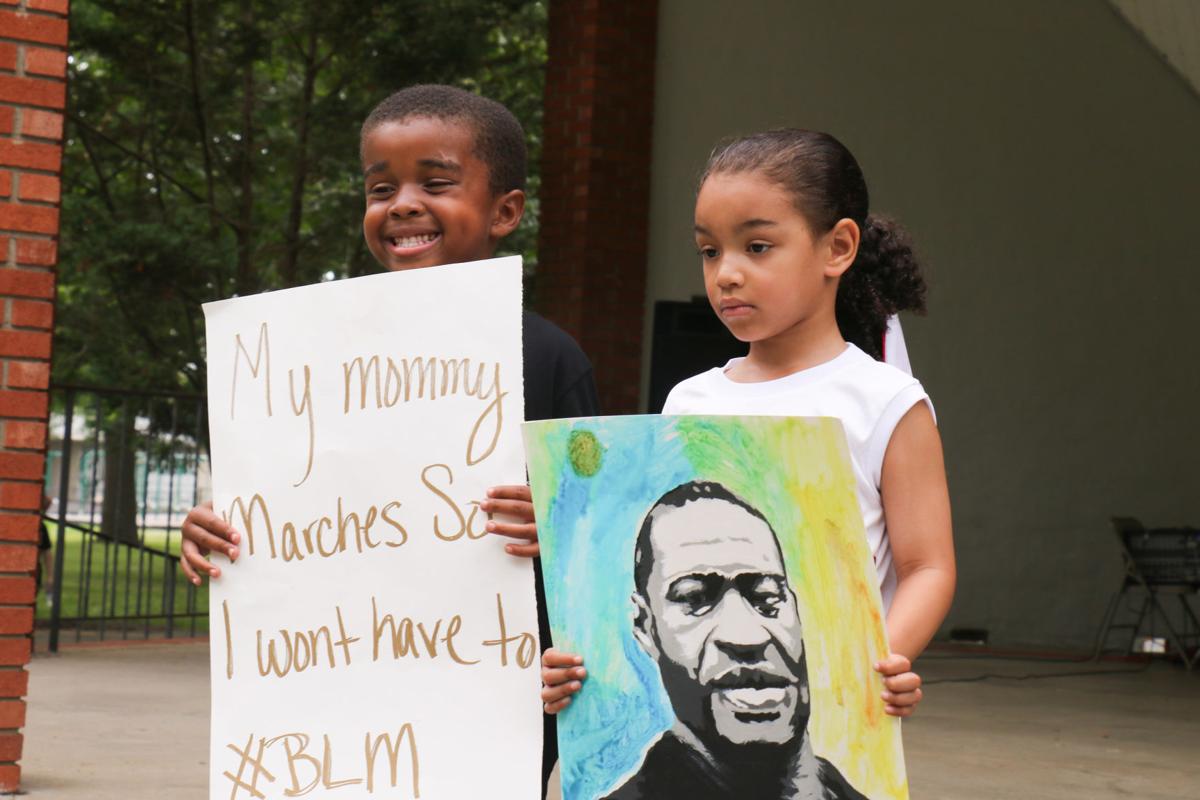 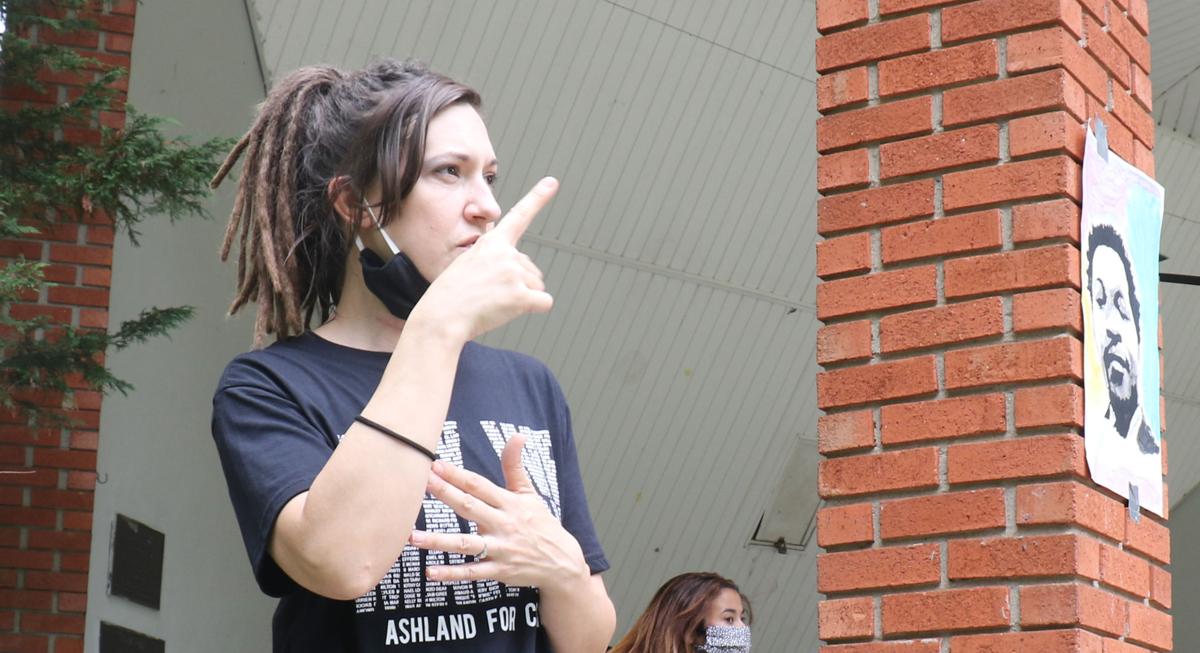 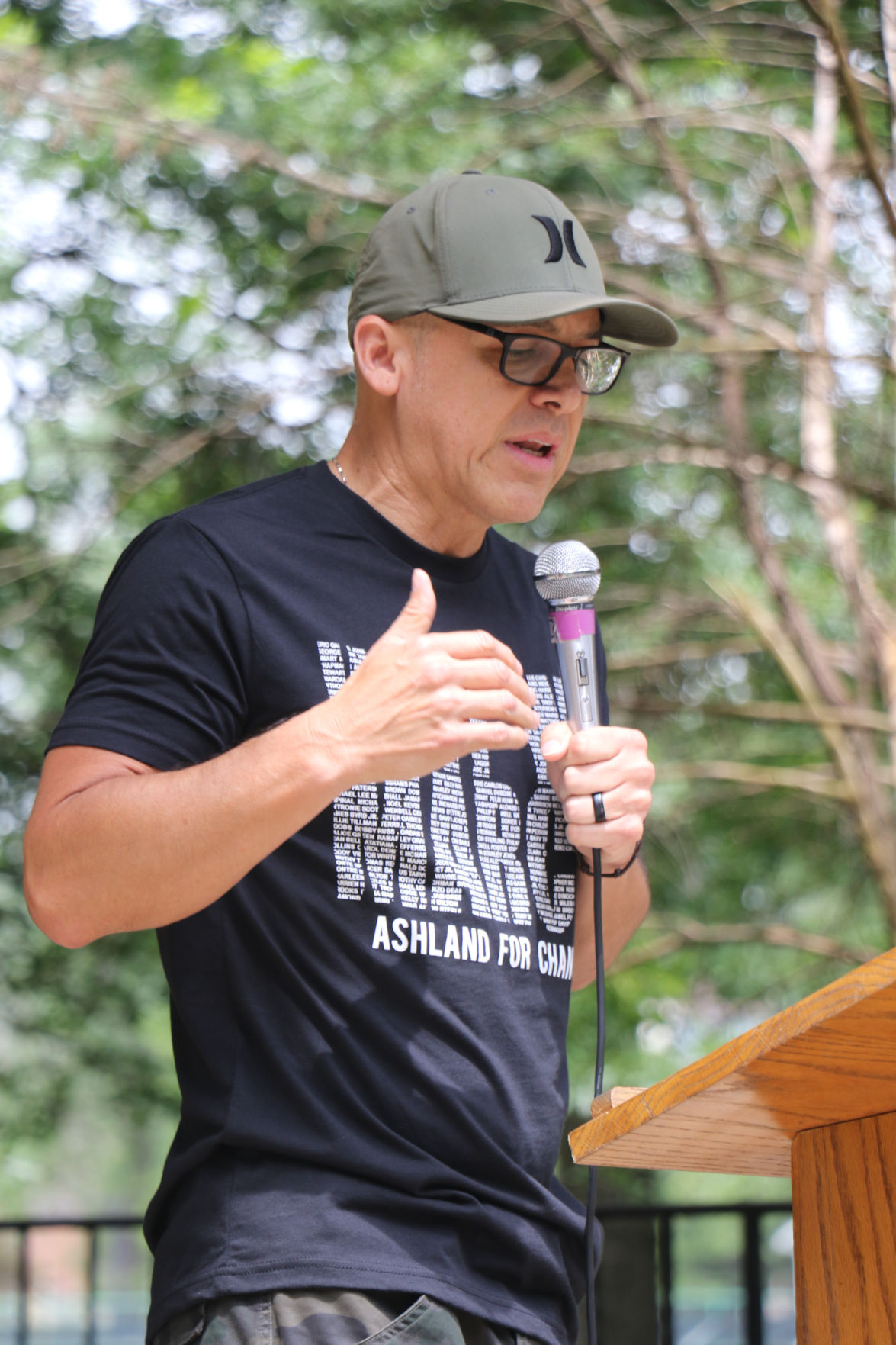 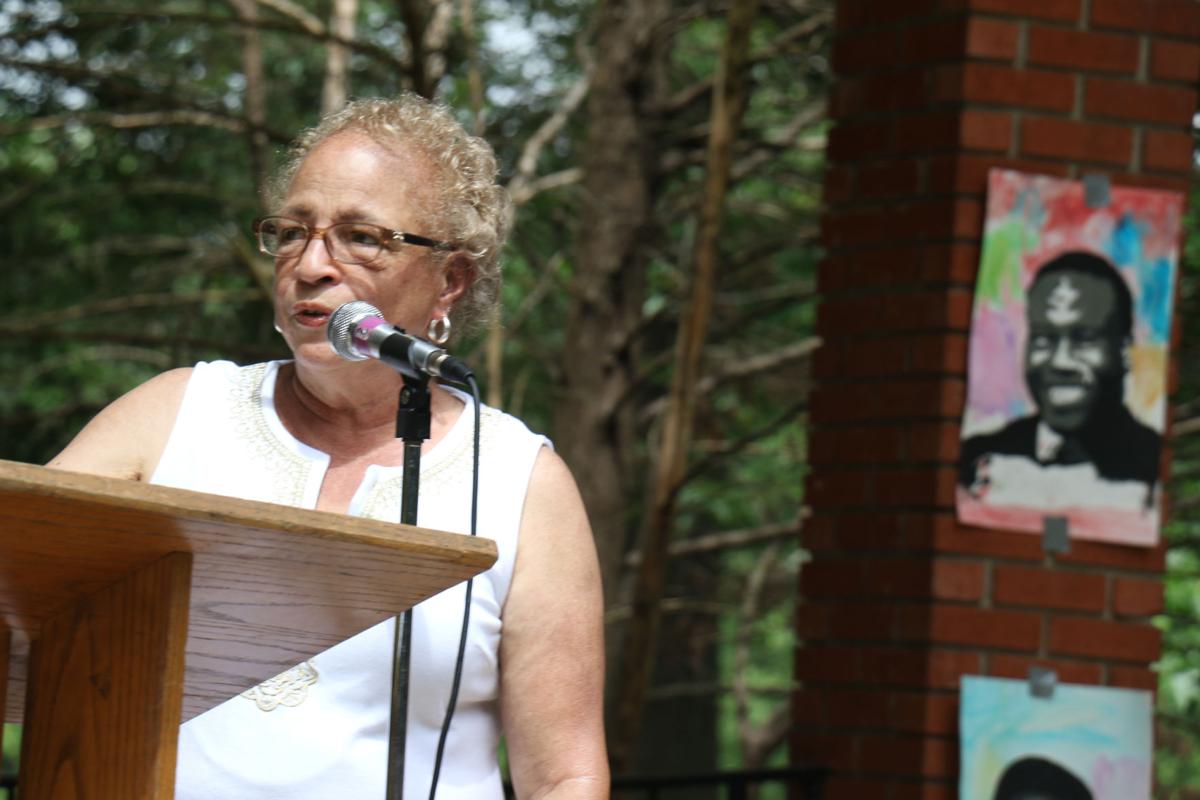 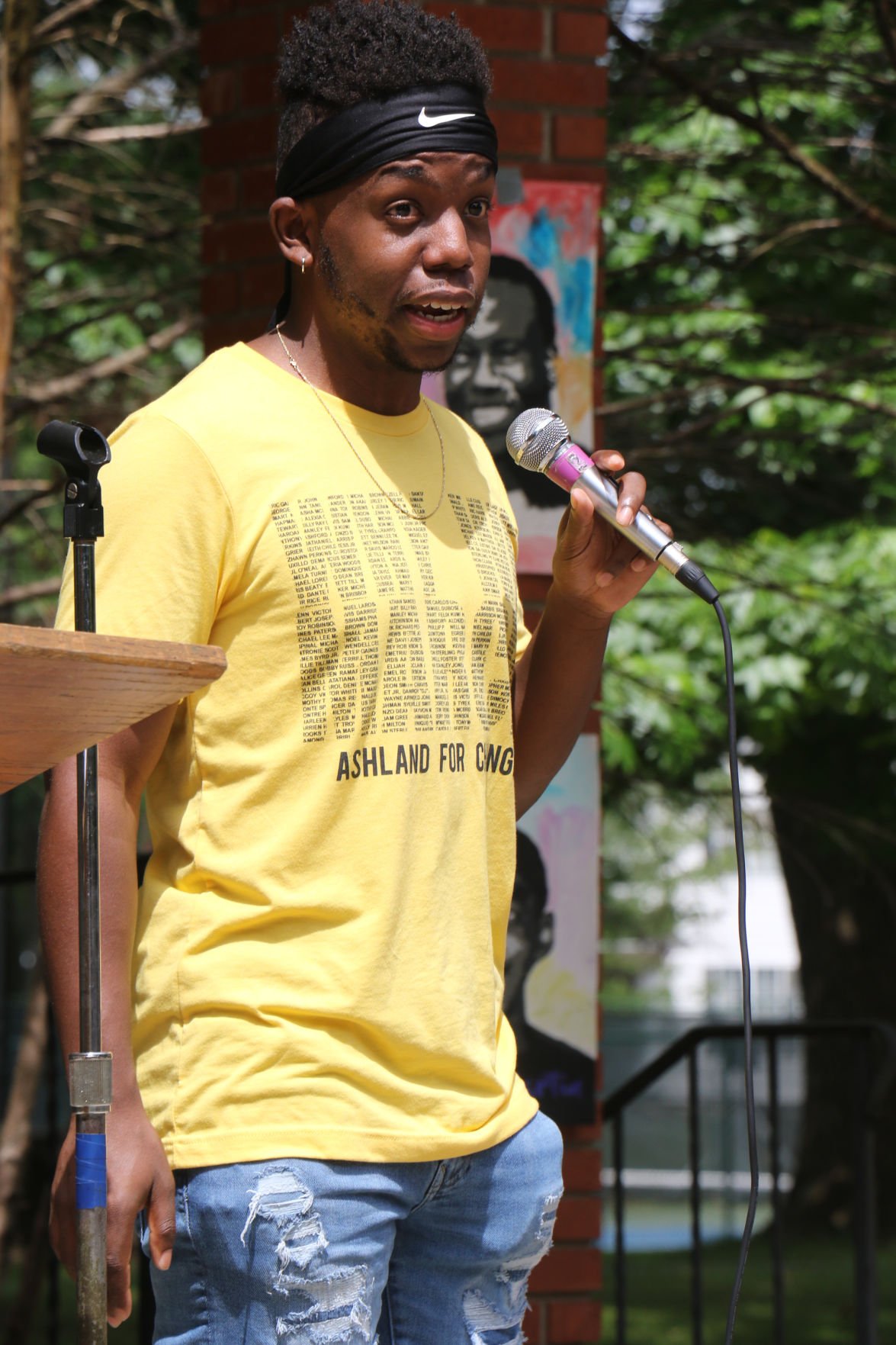 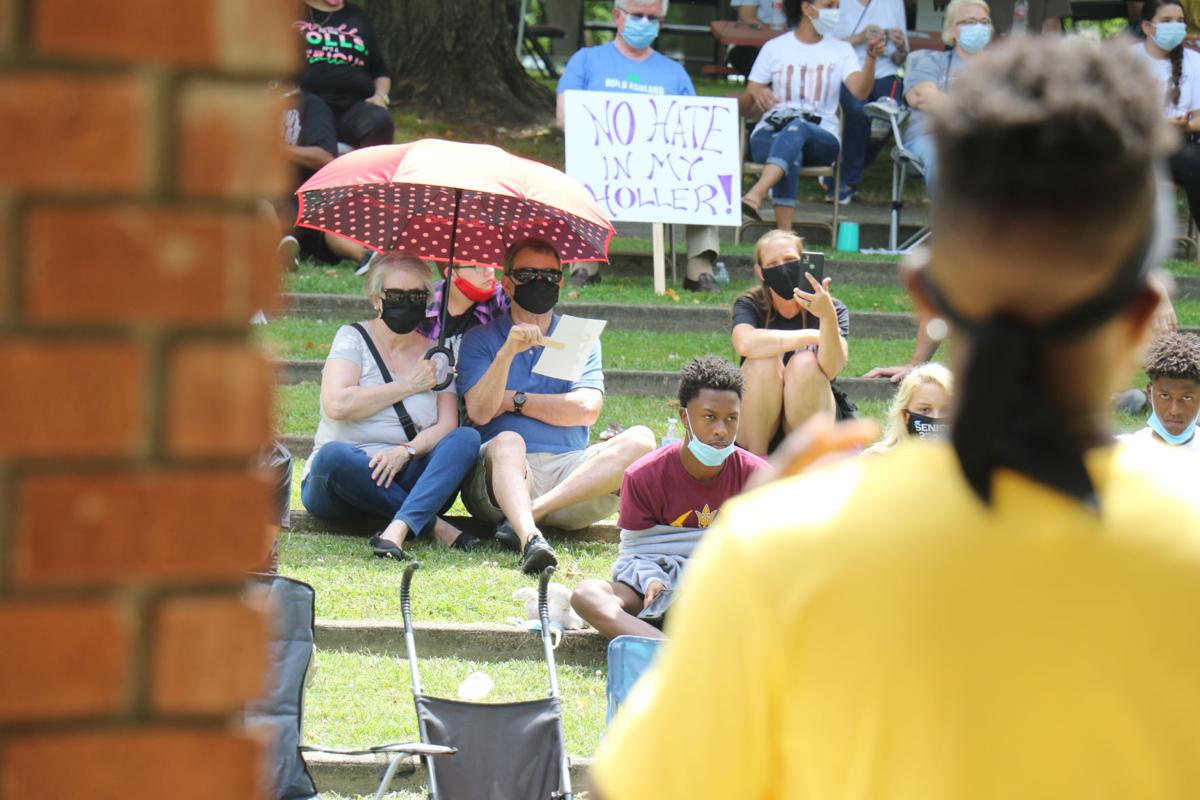 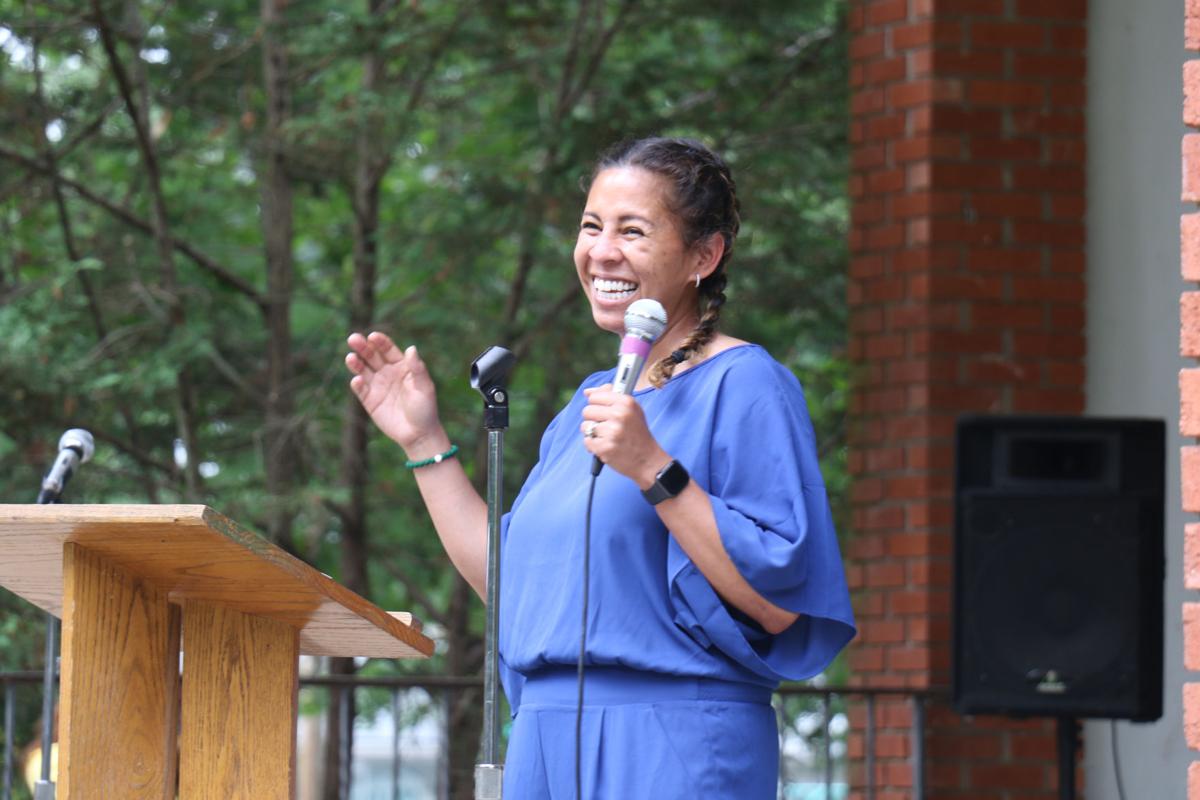 ASHLAND More than 125 people turned out to march from River Front Park to Central Park Saturday afternoon to rally against racism.

The march, put on by upstart community organization Ashland For Change, brought awareness to issues surrounding race nationally and locally. Organizer Audra Thomas said she and her fellow activists decided to tweak the focus a little bit away from police brutality to shed light on wider issues facing the Black community.

“I believe that everybody is aware of the issue, a lot these marches are to bring awareness. Our main focus is to bring awareness to the change,” Thomas said. “George Floyd ignited a fire in all of this, but we didn't want to just march for him or Sandra Bland or Breonna Taylor, we wanted to march for the whole community, bring us together, let's get us united on the same page to bring the change here.”

Continued Thomas: “APD (Ashland Police Department) has been great, but that doesn't mean they don't have a few bad apples. We wanted to focus on the overall change and not just police brutality. There's systemic racism, there's oppression, there's even voter suppression here in Ashland. We wanted to bring awareness here for Ashland and to focus on the issues.”

Al Baker, President of the Boyd-Greenup NAACP, was in attendance at the rally. Baker said the best place to combat racism is at home.

“It starts at home,” Baker said. “We need to talk. We have to figure out a way to start talking to families and asking, 'have you had that talk with your kid?' Hopefully they have and they know we're all one and we all need to be together.”

If not, Baker said children may get racists views from their peers at school or from the internet.

“If you're not teaching them about race, somebody else is,” Baker said.

While the focus of the rally was more on diversity education than police reform — in contrast to the prior rally in town at the beginning of the month, as well as rallies in Ironton, Portsmouth, Huntington and South Point — Black victims of police brutality were honored.

As the demonstrators walked down Greenup Avenue and up 17th Street, they shouted the names of Floyd, Taylor and Ironton man Guy Thomas, who was run over and dragged 10 blocks by a police cruiser in 2008.

At the Central Park band stand where speakers took to the microphone, paintings of Floyd, Taylor, Bland and other victims of police killings were propped up on the steps.

Among the speakers at the rally, local pastor and one-hit wonder Gerardo Mejia delivered a sermon interrelating the Book of Matthew with current events. Mejia called on folks to quit “judging with their eyes.”

“What you need to know, most Muslims are not terrorists. Most Christians are not hypocrites,” Mejia said. “Most cops, they're not murderers. And most protestors are not looters. But all looters, they're punks. And all racists? They're trash.”

Bernice Henry, vice president of the local NAACP and newly appointed city commissioner, threw down a challenge for the crowd.

“Dr. King always said, if you can't stand up for something, you'll fall for everything,” Henry said. “So, I will challenge you to set a goal in your life and work at it. Include some of friends in it, but if they're not with you, move forward anyway. Challenge yourself to be the best person you can be and keep moving forward.”

Justin “J.T.” Turner, one of the event organizers, asked the crowd to ask a “very uncomfortable question” to older family members.

“Were you racist previously? Did you have any racist family members? We don't want to have that conversation because we don't want to offend anybody. We don't want to step on peoples' toes,” Turner said. “I'm telling you, George Floyd? You stepped on a whole bunch of toes there.”

Turner said the march “isn't the finishing point, but the starting point.”

“What we need to do is come together as a community. I'm not here to attack you … we have police officers here who are protecting us and making sure we're safe,” he said. “I'm not worried about Ashland Police shooting me. I know their character. They have training every year to deescalate situations in a positive way. You just can't assume all cops are murderers.”

Continued Turner: “I've been pulled over six times in the state of Ohio. I did not get a ticket, I'm not another statistic. The narrative is not Black versus white, Black versus cop. It's actually, we are against racism. It's not about the flag, Trump or all this. It's about the message that we will not stand for racism in our country.”