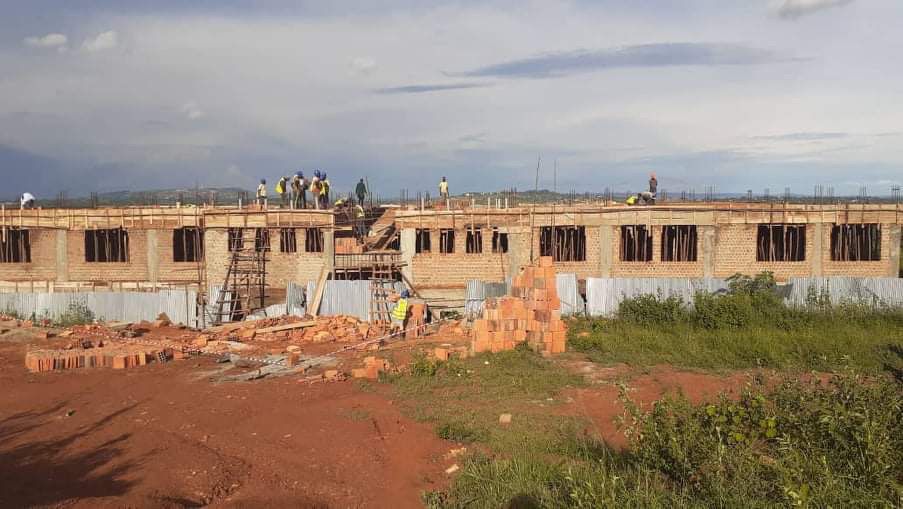 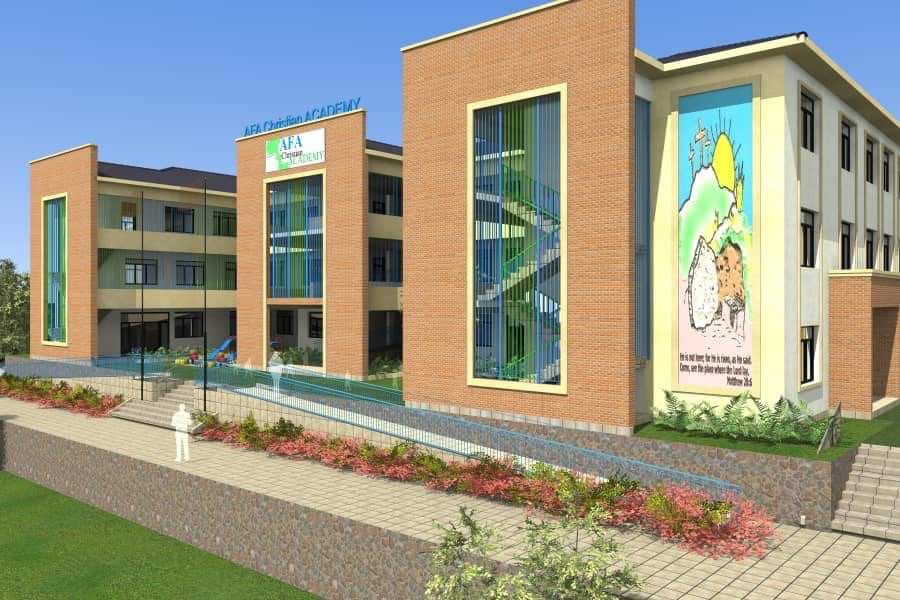 Amy Compston, of Ashland, began her missionary work as an expression of her faith, and she said her faith has always been rewarded. It happened again this week.

“I believe we can accomplish so many things if we just put ourselves in the Word of God,” Compston said. “God makes all things possible, and we need to have faith that when He leads us to do something, He will make a way for it to get done.” This, she said, has never been more apparent to her now as her missionary organization, Amy for Africa, is in the process of building a school in Uganda.

“We prepared the ground in August of last year, and began building in October,” Compston said. “In October, we gave them (the construction team) all the money we had raised so they could start the project.”

That deposit, Compston said, was approximately $112,000, and as a result left them at a re-starting point of $0.00. But she was not worried at the time, she said, and simply trusted that what was needed would be provided.

“We had prayed about this for two years before we ever broke ground. And the Lord just spoke to my heart and said it would all be done through faith and prayer.” And she sees each month just how true that has been, Compston said.

The deposit Compston and her organization put down went to preparing and starting the construction of a school she says will house 700 students when it is completed.

“They do the work first, then we get a bill,” Compston said. “So, each month we just trust to God to provide, and each month He has.”

Compston said the bills do vary each month, with the lowest one being around $17,000, but that some of those monthly bills have been $55,000 or more. “But our God has provided so amazingly,” Compston said. “Even in February when the bill was $43,000, God provided that. We didn’t have it, but God provided it. Not only has He provided for the building of the school, but He has also provided for the salaries of 15 people as well. And God even provided for feeding 200 families for a month when they went on lockdown. It has really been amazing just watching Him be God,” Compston said.

Compston said when the COVID-19 pandemic hit there was some concern about what they were going to do. Construction stopped in Uganda around this time, but work had already been done for which the construction crews had not been paid. And with the country essentially shut down, and public gatherings functionally eliminated, it also eliminated her ability to get out in person in the community. But Compston said the concern never became worry, because everyone had faith that God was able to — and would — provide the means to do what she had been led to do.

The latest bill Amy for Africa received from the construction teams exceeded $73,000; and Compston said that when it was due the organization had approximately $22,000 available, leaving a deficit of more than $50,000.

“That is more than my husband and I make combined,” Compston said. Not only did they need to pay people for completed work, but the construction workers also needed to pay their own bills so they could purchase more materials and pay more wages to keep the construction of the school on schedule. “But God was faithful as always.”

Compston said it was a time of praying, and a time when she reached out to her family and friends to pray with her.

“We met as a family and prayed, and our many faithful supporters prayed with us,” Compston said. “But God is unfailing, and He answers prayer.”

Compston said she has a prayer team of about 20 people who regularly pray for the school. When she received the bill, she reached out to them, and they all began to pray.

On Wednesday morning, through her supporters’ generosity, the gap between their resources and what they needed to pay had closed to $38,872.00. This, Compston said, was also the day when Uganda opened up construction … work on the school could continue if the resources were available.

“I went to the National Day of Prayer (on Thursday),” Compston said. “When I returned home, I checked the mail; and in the mail was a check for $40,000. I just hit the ground. I literally fell to my knees and thanked God.”

The donor, Compston said, wishes to remain anonymous. But she is sure the hand of God led them to her.

Compston said she immediately contacted the project manager and told him what had happened, and that she would be able to pay him in full.

“We were both just amazed by God, and what He can make happen,” she said. “So now construction will continue, and when the next bill is due, the structure itself will be completed.”

Compston said this would be Phase I, which includes the actual frame and roof of the three-story school, though the interior such as electrical and plumbing will come during Phase II.

Said Mark Maynard, President of Amy for Africa: “This has nothing to do with us and everything to do with God. This was all started almost seven years ago. And God has led us every step of the way. It’s always been about faith and following what God has lead us to do.

“It would have been easy to give in to worry,” Maynard added. “But our faith and belief brought us together. We never doubted for a moment that God would provide.”

The donation, along with all of the others who have supported and donated to Amy for Africa, is an example for the challenging times in which we live, Maynard said. “It’s an example that proves there is still hope, even now,” he said. “There is hope in God, and He is always there for us.”

Amy for Africa regularly posts updates on their Facebook page, and on amyforafrica.com, where they share their stories of hope and validations of faith.