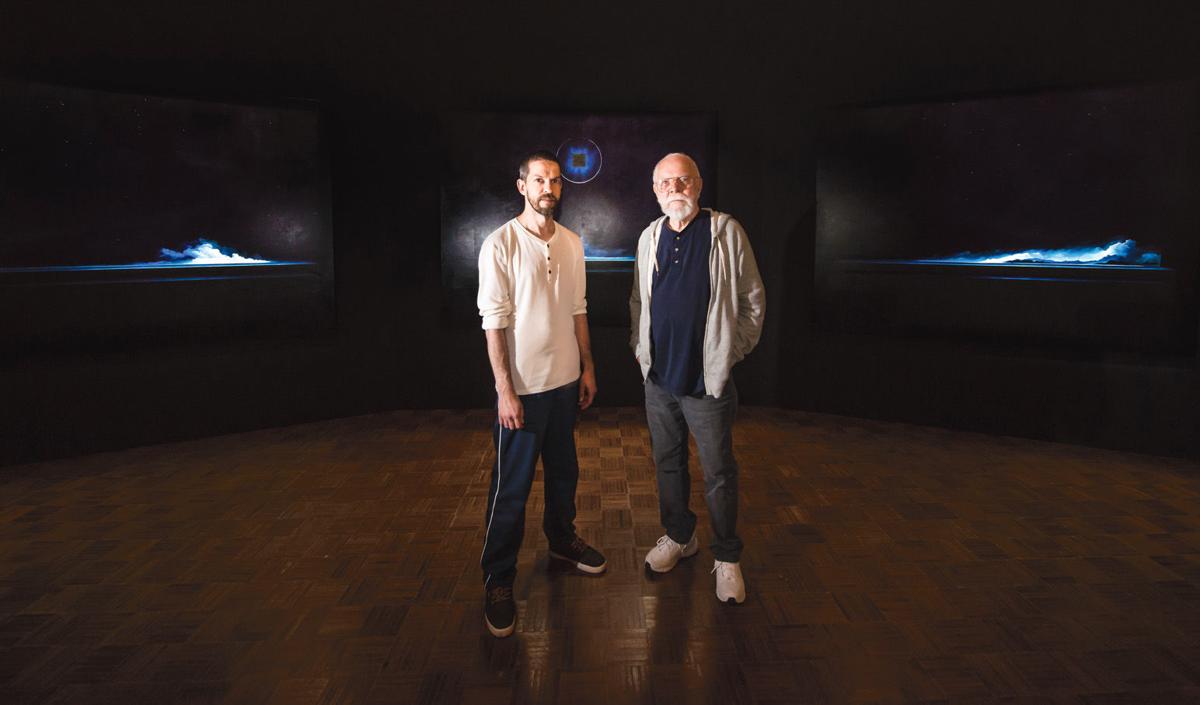 Dan Morro, left, created soundscapes to accompany the oil paintings of Robert Singleton for the show “For the Joy of Light,” on view at the Huntington Museum of Art. 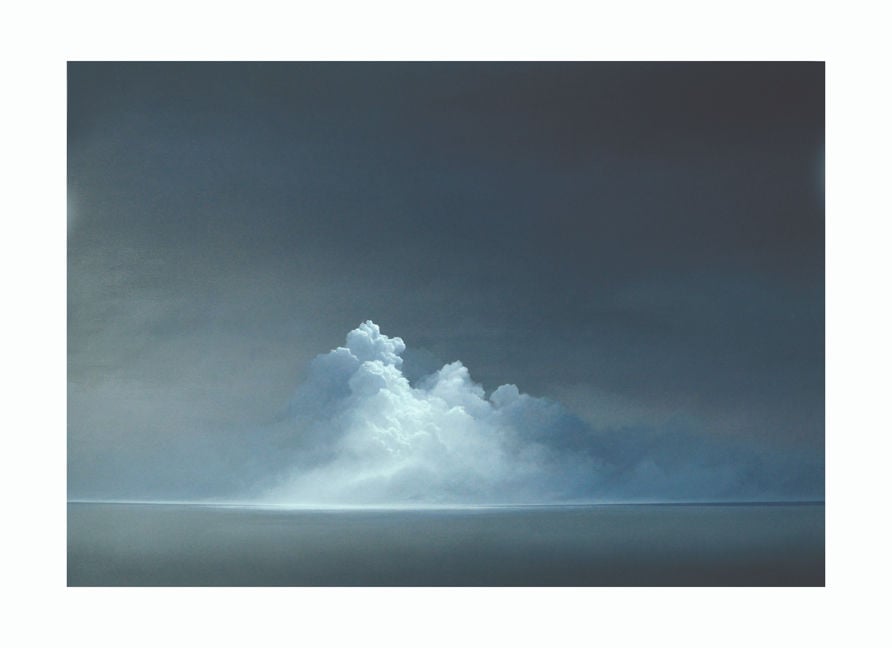 Dan Morro, left, created soundscapes to accompany the oil paintings of Robert Singleton for the show “For the Joy of Light,” on view at the Huntington Museum of Art.

HUNTINGTON Light, sound and image converge in a unique way in the exhibit “For the Joy of Light: Paintings by Robert Singleton and Soundscapes by Dan Morro,” which will continue at the Huntington Museum of Art through Feb. 4.

More of an experience than an art show, viewers are invited into a dark room to watch as images in the paintings become more clear while lighting and sound emerge. Singleton, who lives in Hardy County, West Virginia, said the oil paintings are just that.

“Some have thought they are rear projections, but they’re oil paintings,” he said, noting the change in light create that sensation. The music, or soundscapes as Morro prefers to call it, complement the visual experience. Morro wrote and performed all the soundscapes, including the vocals. All are abstract.

“We wanted to give a different dimension to the classical way of showing art,” Singleton said. One vignette shows cloud paintings that become clearer as the light and sound intensify; one consists of colorful geometric designs that grow more vibrant with light and sound.

Singleton said his inspiration began with the death of his father. He was alone with his father when he died and experienced his “letting go,” watching his pupils dilate, allowing light in. Singleton said paintings that followed focused on light and its effects.

He also went on to learn more about death by taking training by Dr. Elisabeth Kubler-Ross, author of the landmark book “On Death and Dying” and a leader in the modern hospice movement. In fact, he took a 10-year hiatus from art to care for dying friends and family.

The German-born Morro, who made a name for himself playing in a wide range of musical groups in Europe, said a specific instance increased his awareness of ambient sounds.

“I had an experience when I went into this space designed by an architect,” Morro said. “There was a sound, a subtle humming. Then, I realized it adds to the atmosphere of the room and that maybe things do have a tone or a harmony that carries over.”

Some might find the exhibit soothing, some disturbing, some uplifting. It depends on one’s life experiences, Singleton said.

“It goes to our intuitive understanding,” he said, referring to prehistory, when early man had to learn darkness is natural and nothing to fear. But, because darkness destroys our ability to discern dangers like predators, even holes in the ground, it has retained mystery in the human mind for thousands of generations. The darkness and the emergence of light in the show make use of that mystery.

Singleton said he experimented with music to accompany his art years ago, but this is the first time music has been written specifically to accompany his work and light has been incorporated. In fact, the museum’s installation is the first and only exhibit of  “For the Joy of Light.” The artists are hopeful other museums will be interested in the exhibit.

Emma Jane Harper, longtime resident of Catlettsburg, went to be with her Lord and Savior on Friday September 25, 2020. Jane was under care of the Hospice Care Center in Ashland at the time of her passing, she was 84. Jane was born December 23, 1935, in Ashland, a daughter of the late Fred, S…