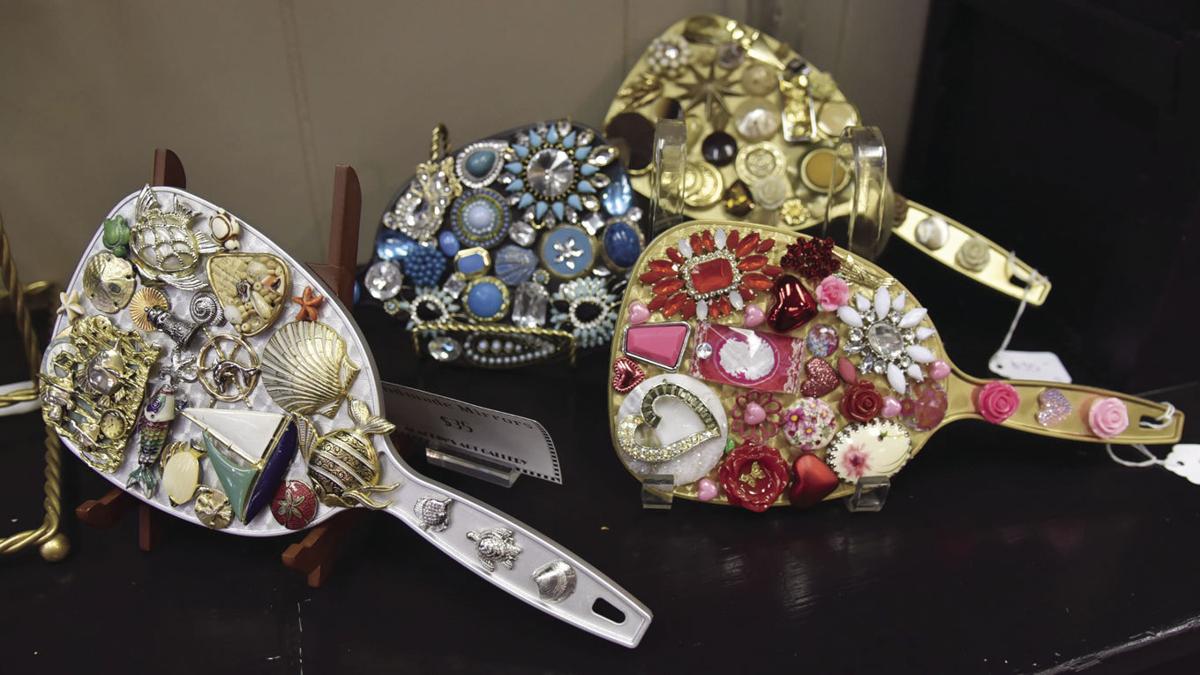 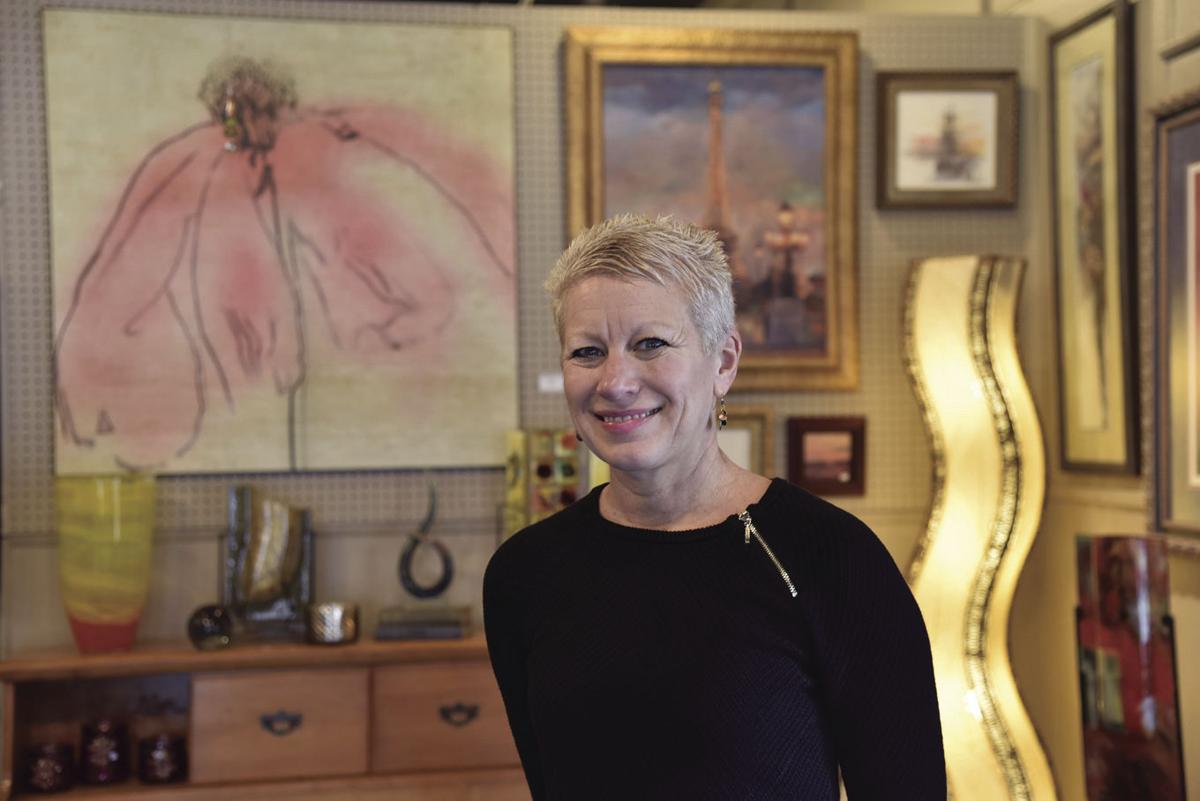 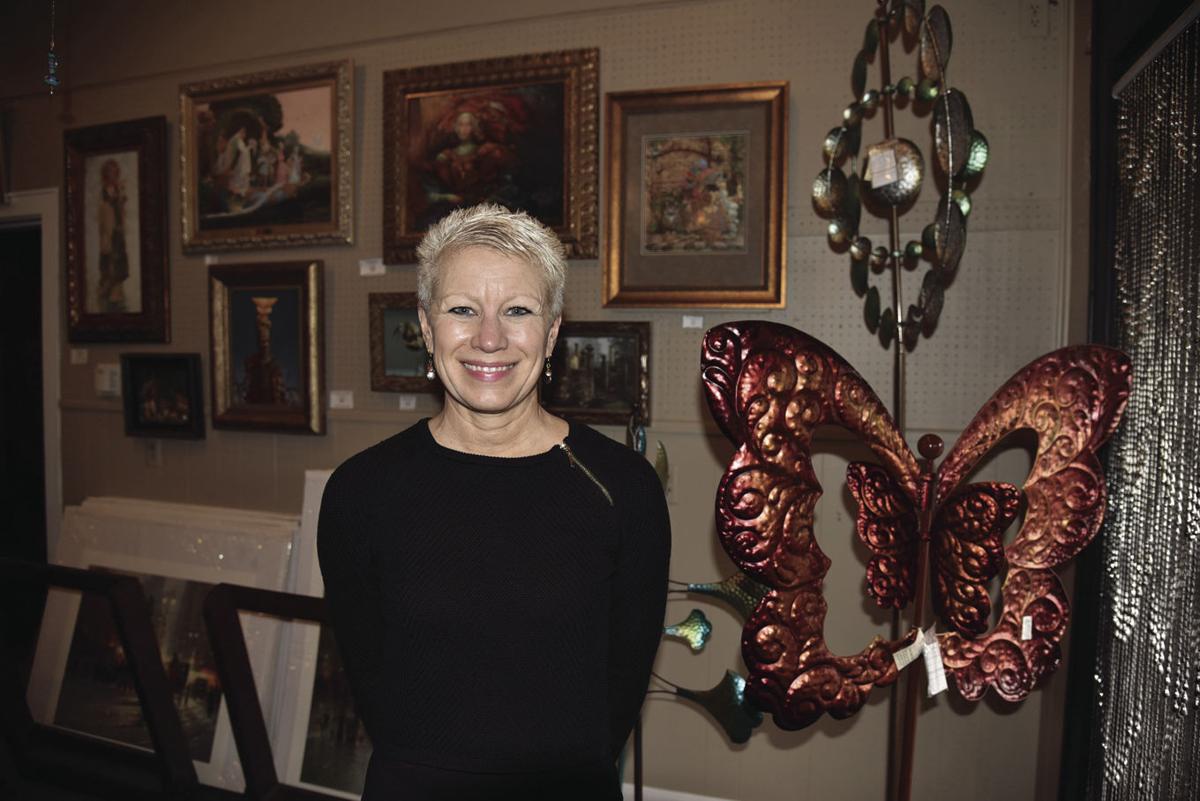 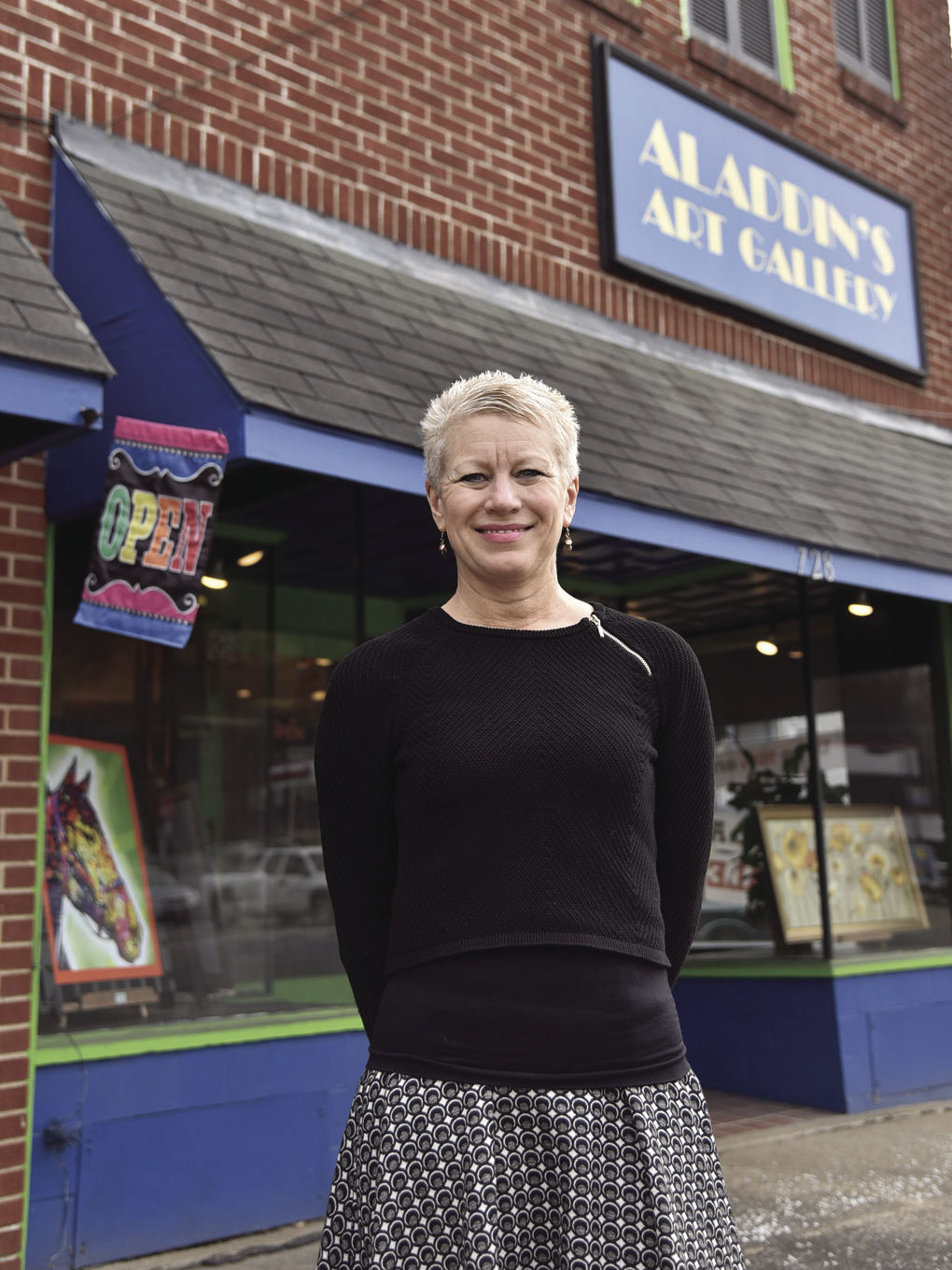 ASHLAND Art has always been an important part of Mary Johnson’s life. So has the family business.

“When I was a little girl, I wanted to be an artist,” the owner of Aladdin’s Art Gallery said. “When I was 5, I loved Vincent Van Gogh and I wanted to go to Paris.”

Johnson’s parents had opened the gallery in 1965 after her father inherited the building from his aunts.

Joe and Jackie Mock opened Aladdin’s Gift and Party Shop in the building.

“I remember racks of greeting cards and we had paper goods, napkins and paper plates,” she said, despite the fact the Huntington native didn’t spend a lot of free time as a child in the shop. “Whatever we didn’t sell, we would use at home.”

The name of the store came from her parents’ whimsical imaginations.

“They said ‘It’s like rubbing the magical lamp of Aladdin and a magical world appears,’” she recalled.

Johnson said she has many fond memories of her parents having the store, including traveling to Columbus, Atlanta and Chicago on buying trips.

She said she also has some funny stories about the store.

For instance, the time the Mocks decided to sell imports.

“My parents wanted to sell some different and cool stuff, so they decided to import African carvings, but something got lost in the translation and instead of getting one crate of carvings, they got 10,” Johnson said.

“We had an African section that had spears and warriors and giraffes,” she recalled. “We had so many giraffes. We had the African pieces through the 1970s and ’80s and ’90s.”

Johnson said the store began carrying art when her parents made friends with an artist in Morehead who had a gallery.

Johnson said her dad did the framing and her mother was an excellent sales representative, enjoyed talking with customers and helping them pick out items.

Johnson worked at Aladdin’s in the summers during her college years. After college, the art history major began working there full time, waiting on customers and learning about framing. She said she did everything necessary to frame a painting or print except cutting and joining the frame because “Dad did that.” However, she learned to do the “manual labor,” she said.

Mrs. Mock died in 1997 and Johnson and her father continued operating the store.

Johnson’s right-hand employee is Libby Varner, an artist and jewelry maker whose work is available for purchase at the gallery.

Johnson said her degree in art history is an asset in her work.

“If you know the history of what the artist was trying to accomplish, it makes the piece more interesting to look at,” she said.

When she shops for inventory for the store, Johnson said she often is looking for items for a specific, returning customer. However, she also follows color trends and, against traditional thoughts on buying, she chooses what she likes.

“I loved that Melissa Graves Brown,” Johnson said, pointing to a yellow-dominated, thick-framed painting of a tree. “The colors are pleasing and her works have sold well. People are loving trees right now.”

Aladdin’s annual jewelry show is planned for late April and early May. Some new inventory will be due this spring, too, when Johnson takes a buying trip. She said she’ll be looking for new artists. She said the store also has plans to increase its presence on social media by doing more on Twitter, Instagram and Pinterest.